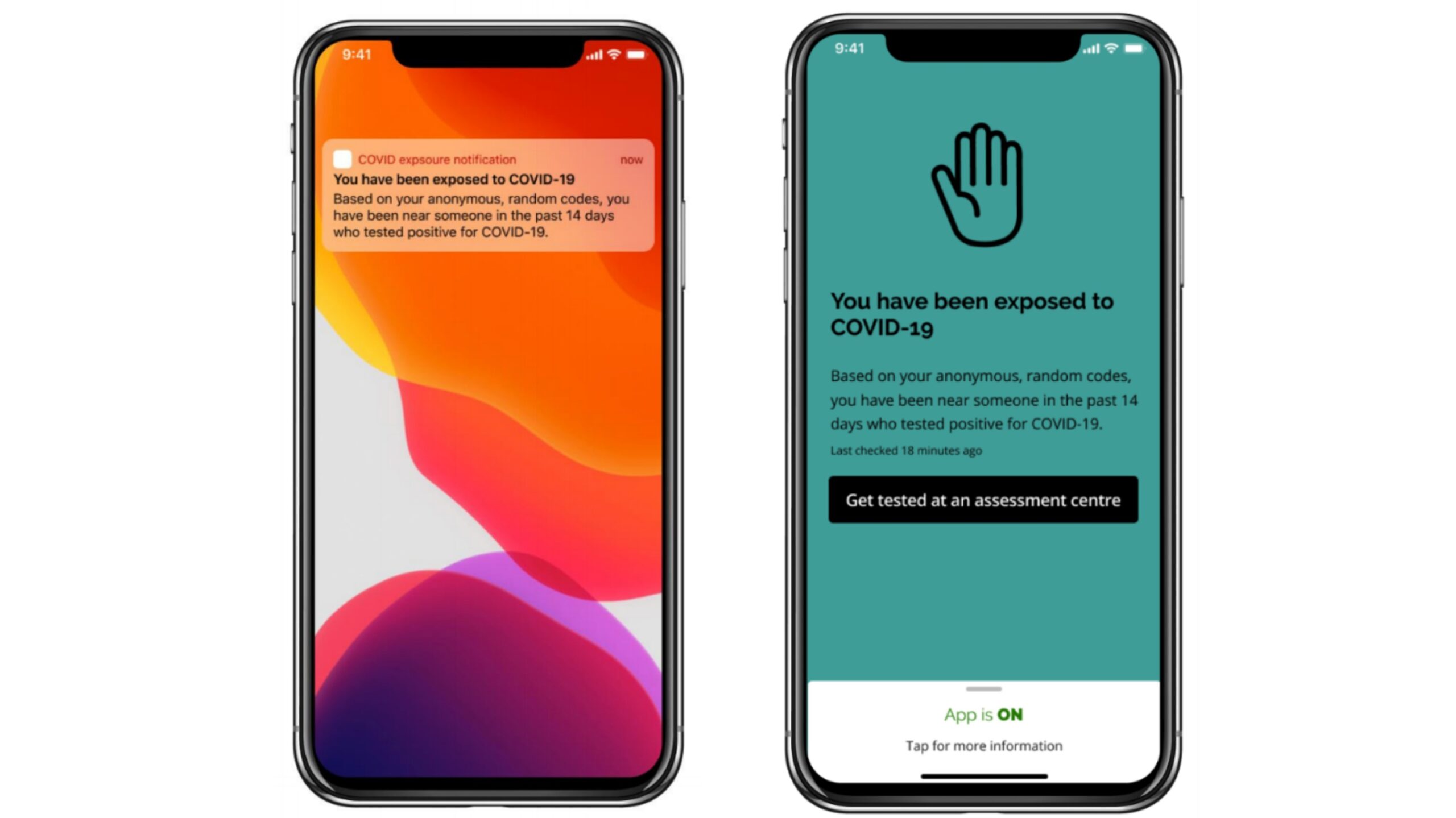 The app was being tested in Ontario and will be available in other provinces and territories in the coming weeks. The government says that even if you’re in an area outside of Ontario, it’s helpful to download the app. According to The New Brunswick Telegraph-Journal’s Adam Huras on Twitter, Prime Minister Justin Trudeau says COVID Alert will come to Atlantic Canada next.

NEW: Trudeau says Health Canada has launched its COVID-19 contact tracing app.
Anyone can download it now – COVID Alert in app stores – including #NB'ers.
But it only works in Ontario currently.
Trudeau says it will be available "next" in Atlantic Canada.
No timeline provided.

‘COVID Alert’ can be downloaded from the iOS App Store and the Google Play Store. Anyone who tested the beta should uninstall the beta app and install the official stable release to ensure it works properly.

If someone has tested positive for COVID-19, they will be given a code to verify their test and upload their status anonymously to a national network. Other users who have downloaded the app and have been in close proximity to them will be alerted that they’ve been exposed to someone who has tested positive.

Although the exposure notification app does not require location, the government noted in an explainer document that Android users will need to turn on location settings. The government stressed that the app does not store or transmit location information. In my testing of the beta release app, COVID Alert did not request access to my location data on Android.

“Canadians can opt to use this technology knowing it includes very significant privacy protections,” says Daniel Therrien, Privacy Commissioner of Canada. “I will use it.”

The app uses Apple and Google’s notification API, which uses Bluetooth technology to share randomized codes with other nearby smartphones. These codes can’t identify users. Apple and Google’s API, which is the software that makes this app work, is being used in several countries, including Australia, Denmark, Germany, Italy and the U.K.

In short, Apple and Google designed the API as ‘plug-and-play.’ Health agencies can build an app that utilizes the API, which handles the trading of codes. These anonymous codes are stored on-device. When someone tests positive, they can use the unique code provided with the result to upload their stored codes. Then, other smartphones check the uploaded codes for matches. If there’s a match, it notifies the user of potential exposure to COVID-19 and provides some next steps.

The COVID Alert app helps you protect yourself, your family, and your community by notifying you if you’ve been exposed to #COVID19. Download it today⚡
➡️ iPhone: https://t.co/TxCx8L7s7m
➡️ Android: https://t.co/A3O4YqsjuJ pic.twitter.com/yCeL0zftQB

It’s worth noting that COVID Alert is not a contact tracing app, despite what many publications have said. COVID Alert is an ‘exposure notification’ tool that can inform Canadians if they potentially became exposed to COVID-19. Local public health authorities will continue to perform manual contact tracing. One of the main differences here is that exposure notification is anonymous — it doesn’t identify users. Contact tracing, however, relies on identifying people to trace contacts and follow the spread of the virus.

This launch comes a few weeks later than expected, as the government previously stated that it would be released in Ontario on July 2nd. The province stated that the federal government delayed the launch to address some bugs within the app and ensure that it was functioning properly.

If you’re curious about what the app looks like, you can read MobileSyrup‘s first look at the COVID Alert app here.