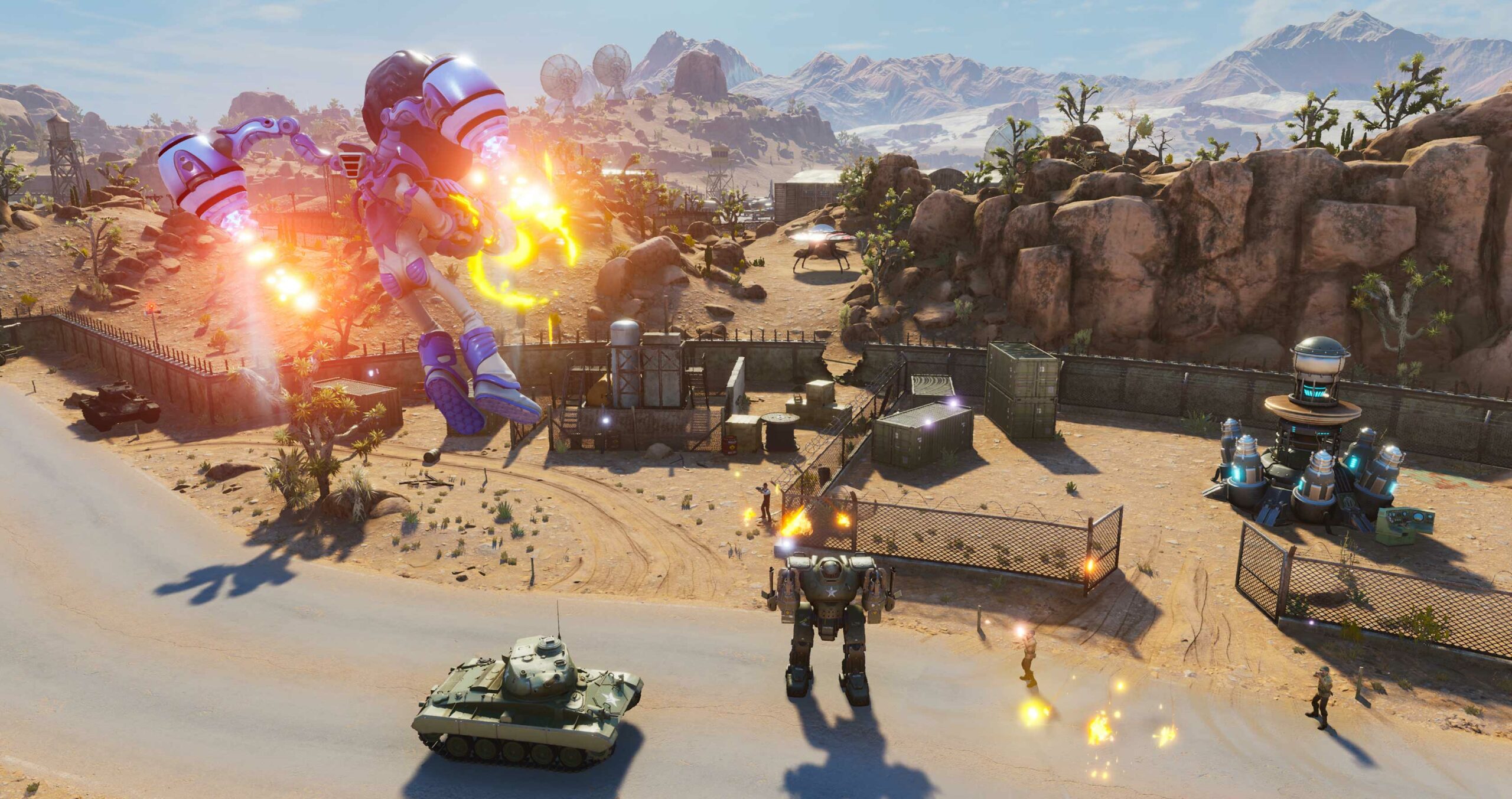 The Destroy All Humans! remake is in a bit of an interesting situation in 2020.

Over the past year or so, remakes like Final Fantasy VII Remake and Resident Evil 2 and 3 have garnered much acclaim for offering significant visual and gameplay overhauls of the experiences they’re based on.

Ultimately, that approach proves to be a double-edged sword. On the one hand, this helps preserve the original game’s unique action-adventure/shooter gameplay and quirky tone, but it also feels like a missed opportunity to make some meaningful improvements along the way.

Black Forest seemingly felt the same way — so much so, that the developer has opted to use the same script and voiceover audio from the original game. For the most part, this works well for the main characters, as J. Grant Albrecht and Richard Horvitz deliver very fun, appropriately over-the-top performances as Crypto and his Furon boss Pox, respectively. But this also means that you’ll be hearing much of the same trite dialogue from non-player characters (NPCs) — especially tedious in a game where you often have to read humans’ minds to progress through missions. 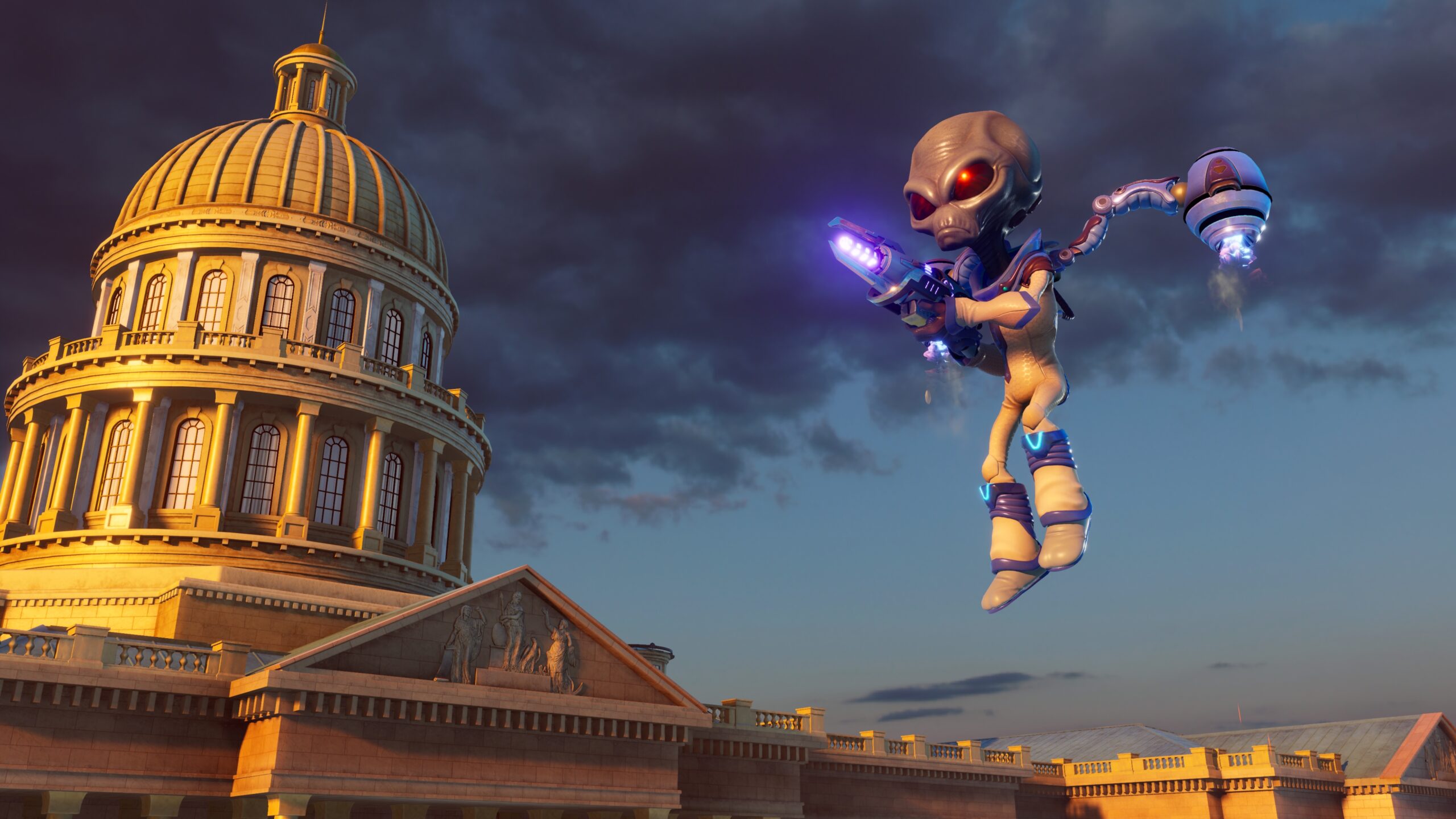 Further, the humour itself is very much a product of its time, given that the original game was released 15 years ago and was itself a parody of 50s-era entertainment. Therefore, you’ll likely find the jokes quite dated, although I mostly enjoyed them in a corny, “so-bad-they’re-good” kind of way. Reading post-mission newspapers which show how the U.S. government is trying to cover up your actions is consistently amusing, at the very least. The fact that so many games since 2005 have taken place in modern or futuristic worlds also arguably just makes the campy retro aesthetic of Destroy All Humans! stand out even more. 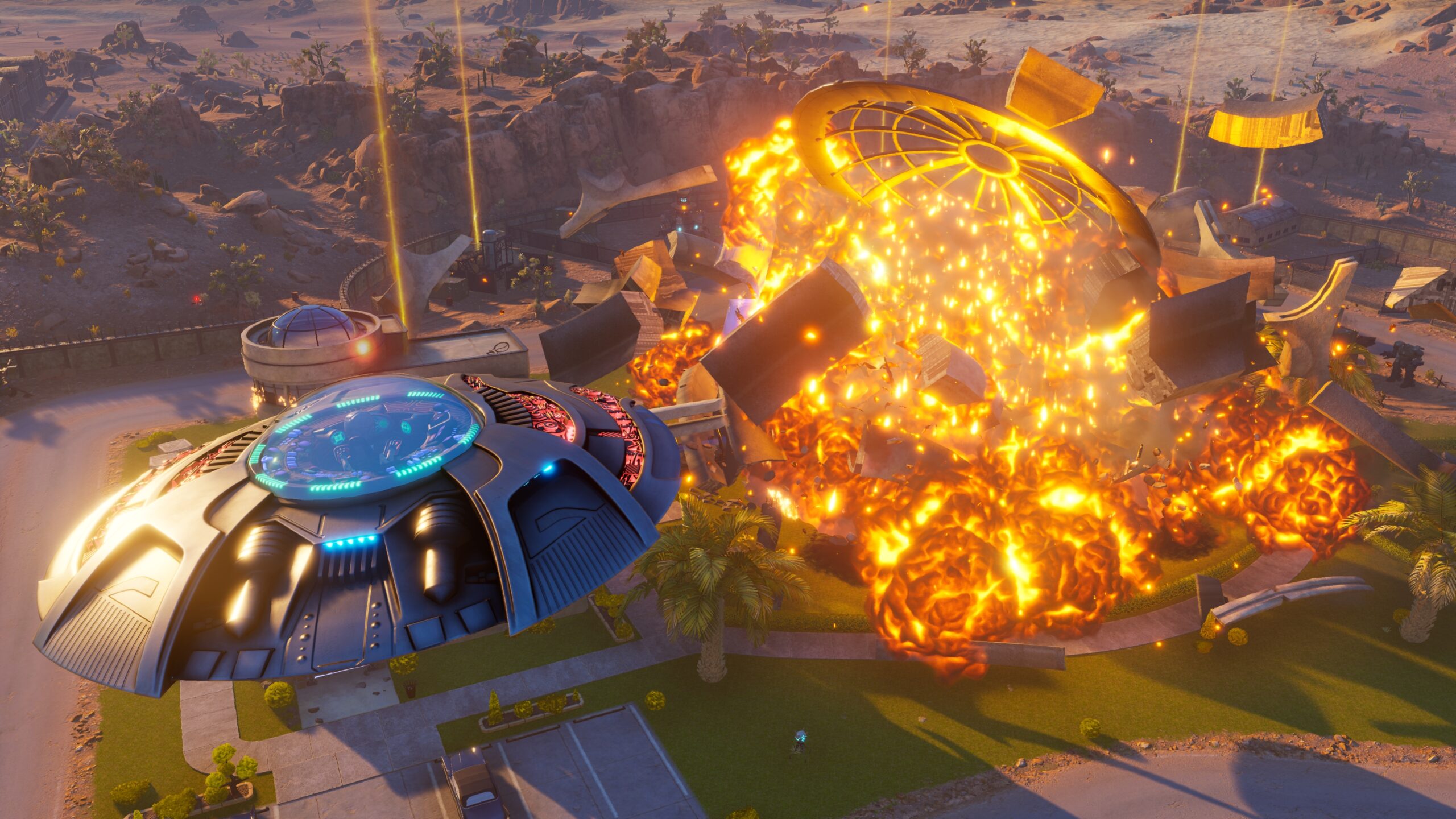 For instance, Crypto’s jetpack has greater maneuverability now which, when combined with his P.K. abilities, means you can lift a car, glide around and launch the vehicle at a group of cops below. To make navigation even smoother, Crypto now has a Dash move which can be upgraded to “Skate” around areas. Meanwhile, Crypto can almost immediately hop into his saucer — an action that was met in the original game with a lengthy animation. None of these tweaks drastically alter the overall experience, but they make the already rock-solid gameplay feel even more engaging and satisfying.

Where Destroy All Humans! falls short, though, is in its seeming apprehension to make more major changes to everything surrounding combat. Unfortunately, Black Forest has reused the exact same missions from the first game (save for one previously cut mission that’s been added in the remake).

The only change in this regard is the addition of a few basic optional objectives per mission that you can complete to gain additional DNA to upgrade your Crypto and his saucer. As a result, the six-hour campaign features the same thin plot and much of the generic sort of mission design that you’d expect from a 2005 game, like “defeat X amount of enemies” or “protect this tower for X amount of time.” Stealth missions, meanwhile, don’t progress much beyond “assume the right human’s appearance using Crypto’s ‘Holobob’ ability and avoid certain enemies who can disrupt your disguise.” 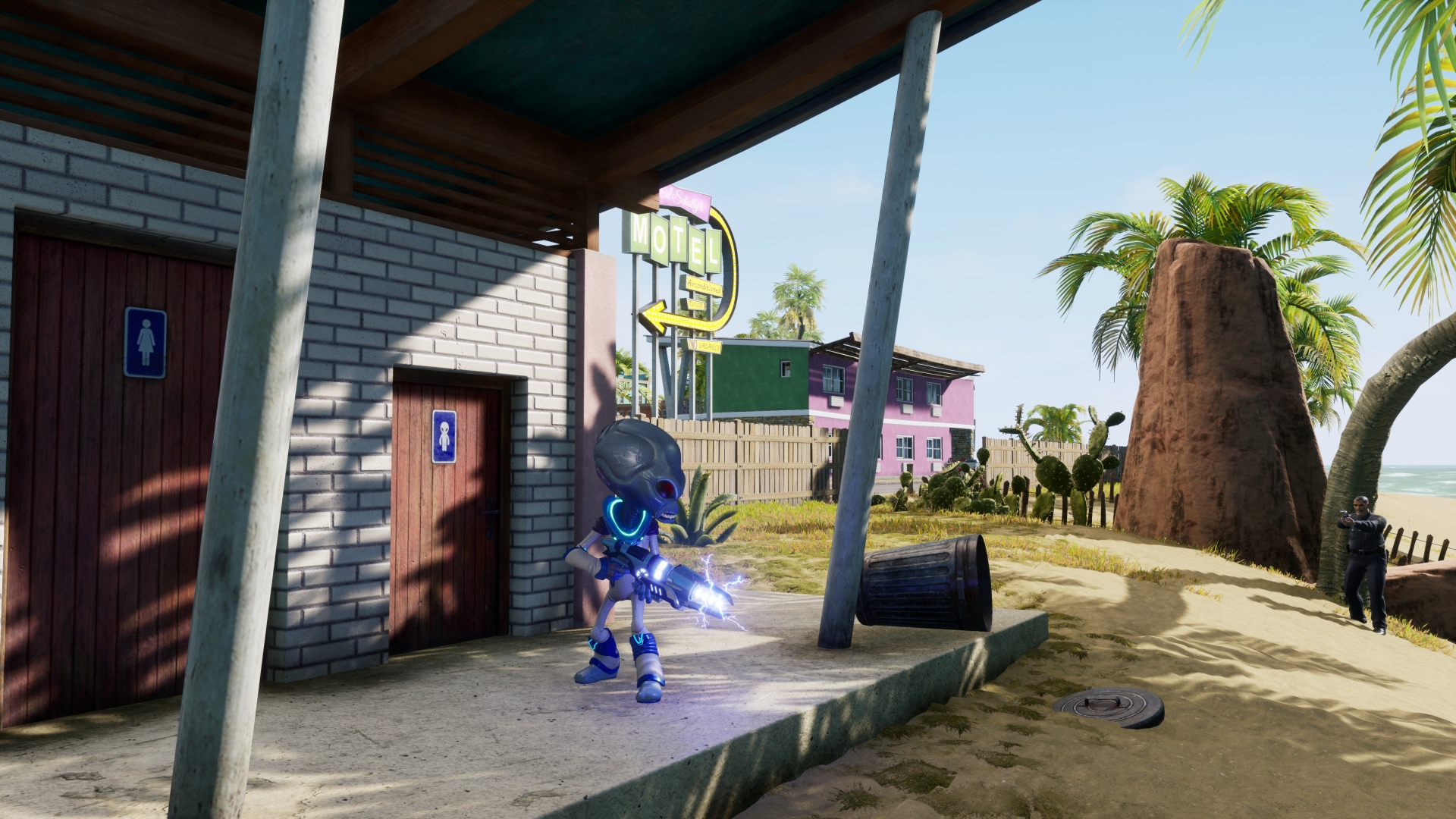 Further, the setting itself isn’t particularly interesting to explore. In 2005, Destroy All Humans’ six small, quasi open-world areas were quite novel, but now, they feel empty and soulless. Barring some optional fun time- and combat-based challenges, these areas otherwise lack anything to do outside of the campaign. Adding new missions or even just tweaking existing ones could have offered some much-needed variety, especially considering the level of care given to the core gameplay.

In the end, though, Destroy All Humans! still mostly succeeds by offering even more of that kind of glorious sandbox destruction that makes Grand Theft Auto appealing alongside bonkers-yet-charming presentation. While it would have been nice to see more new content added to flesh out the overall experience, the foundation is solid and the game is often quite entertaining. Hopefully, this is a sign that Crypto can return once again in the future, be it in a remake of the superior Destroy All Humans! 2 or a new experience entirely.

Destroy All Humans! is now available on PlayStation 4, Xbox One and PC for $39.99 CAD.