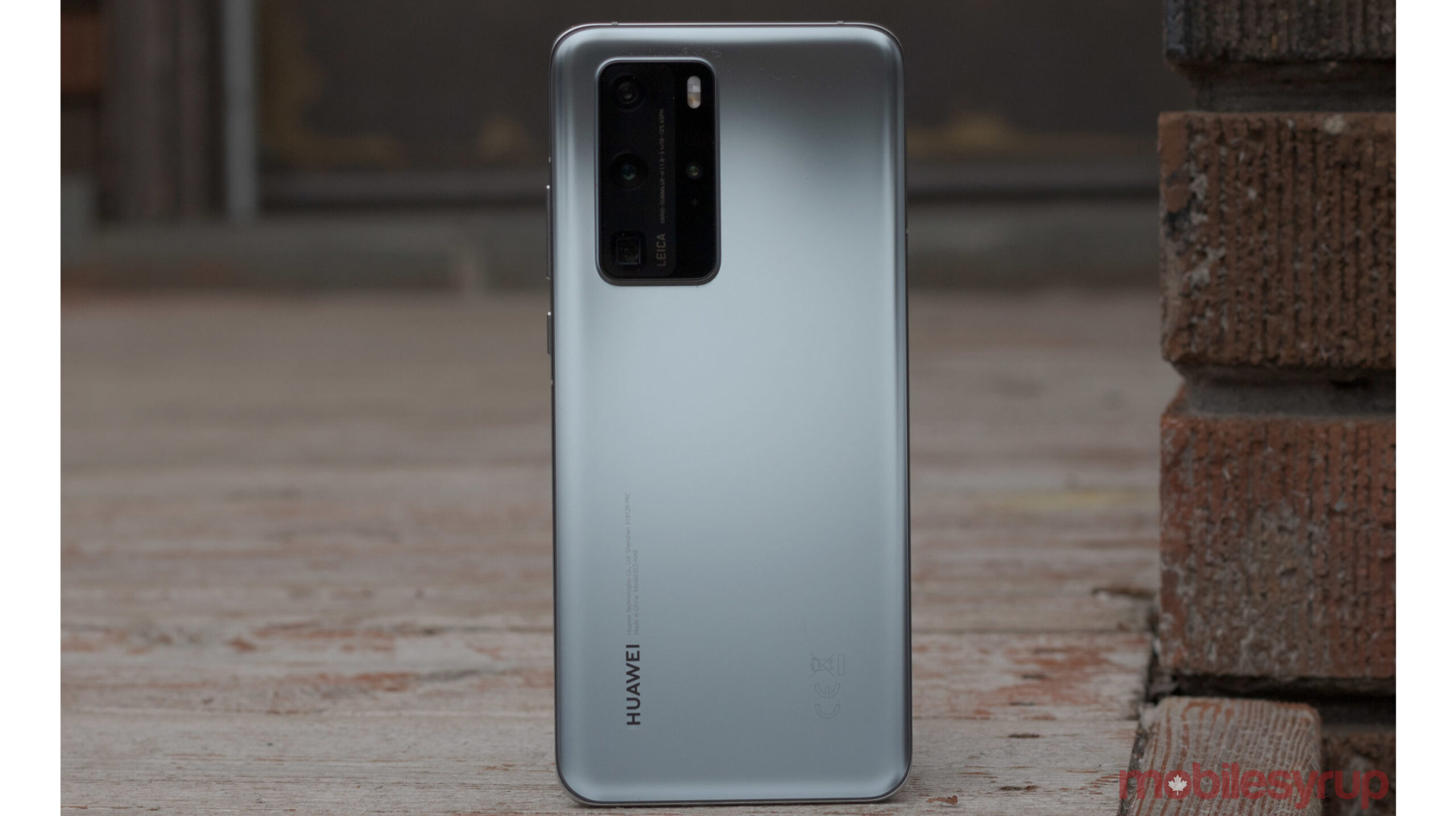 Huawei’s P40 Pro is now available in Canada, with the P40 coming later this year.

The P40 Pro has a starting price of $1,499 CAD, but specific carrier pricing is still unknown.

The P40, on the other hand, is releasing later this year and will be available at the same carriers and retailers. The device will have a starting price of $849.99.

Huawei is offering a free Watch GT2 smartwatch (worth $315) and 50GB of Cloud storage for 12-months with the purchase of either device.

Both Huawei phones offer the company’s App Gallery, which includes Canadian apps like Wattpad, Transit and Cineplex Mobile. Further, you can search for these apps and more with the company’s Petal Search widget.

I reviewed the Huawei P40 Pro back in April and thought it was a great device. The smartphone features a superb 6.58-inch display with a 90Hz refresh rate, and a quad-camera setup with 50-megapixel primary sensor, a 12-megapixel periscope shooter, a 40-megapixel ultrawide camera and a depth-sensing camera.

The P40 sports a 6.1-inch screen, a Kirin 990 processor, a 50-megapixel primary camera sensor and a 16-megapixel ultrawide shooter with an 8-megapixel periscope camera that features 3x zoom.