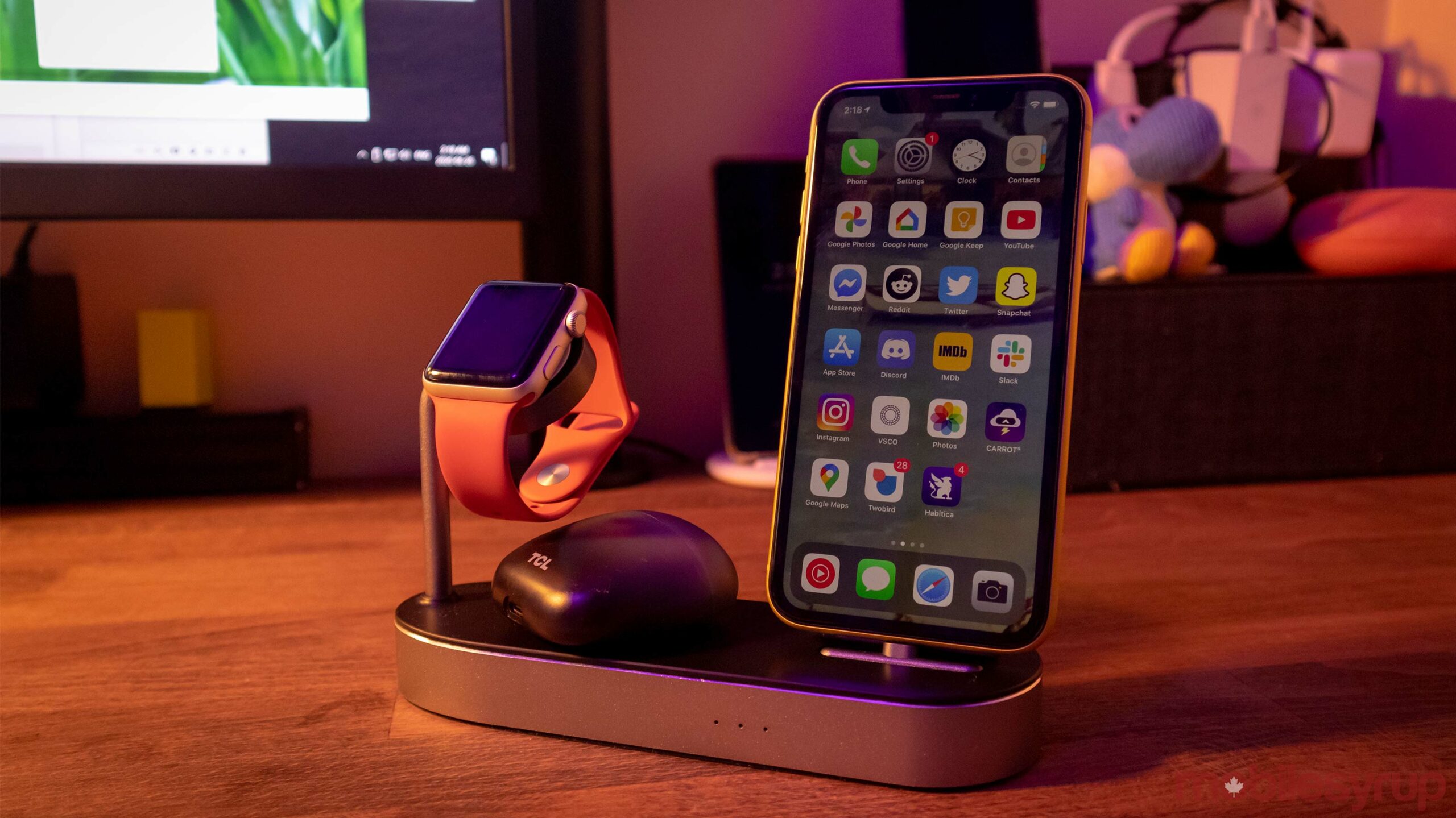 If you’re looking to upgrade your home office desk game and you’re an Apple user, then the Logiix Stance is a great option.

The Logiix Stance can charge up to four devices at once, including an iPhone, a Qi-compatible device, an Apple Watch and another device via a USB port on the rear.

In case you’ve never heard of Logiix, it’s a tech accessory company based out of Vancouver that makes a wide range of tech gear like chargers, headphones, cases and much more. 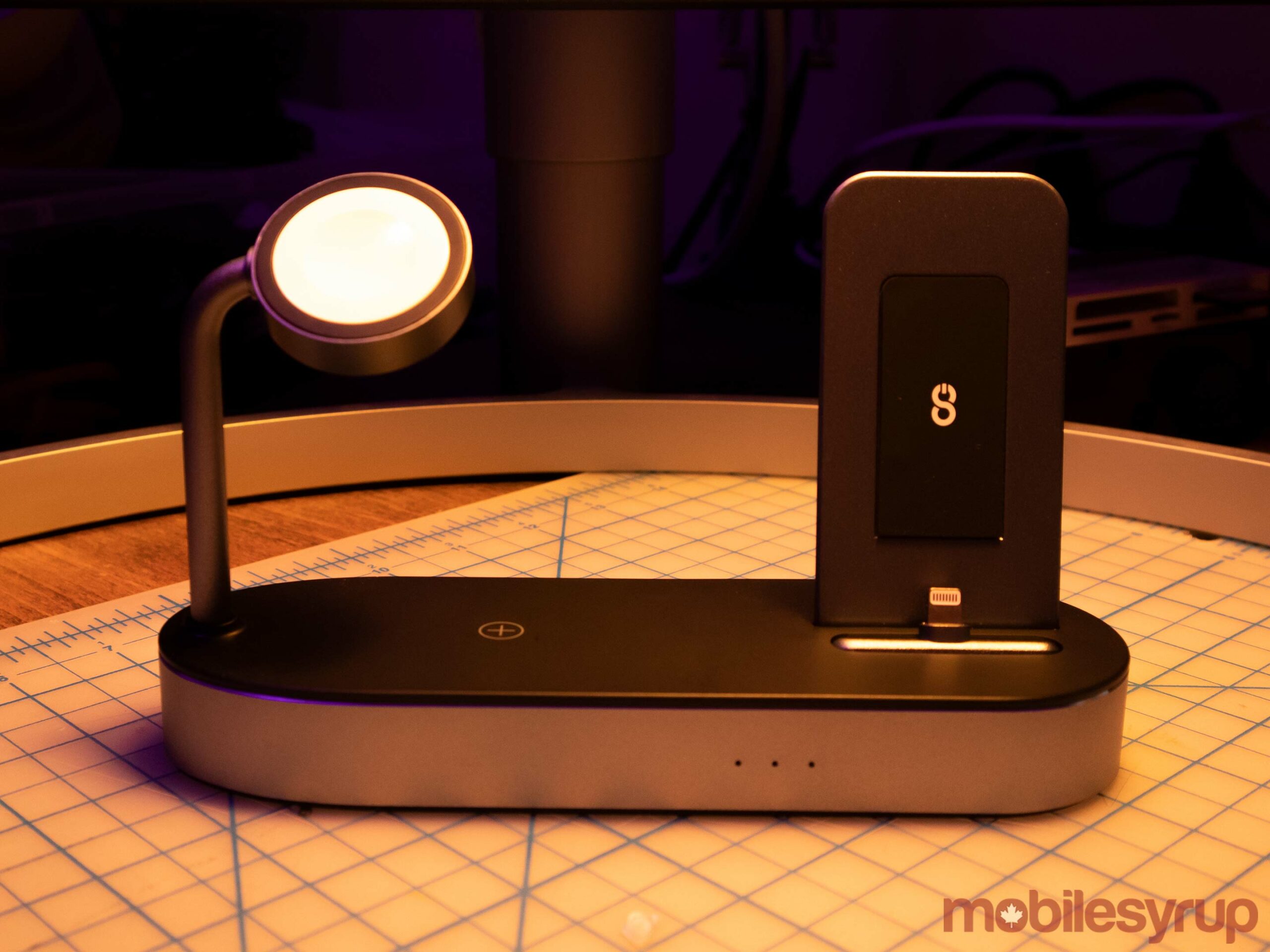 The first thing you notice about the stance charger is its metal design. There’s even a nice chamfered edge that catches the light really nicely to give the charger an eye-catching glow depending on how you look at it. Beyond that, it’s very minimal with a stark, dark grey aluminum chassis and black plastic top cover.

On the left side, there’s an arm that reaches up to cradle an Apple Watch. It’s also slightly angled so you can magnet your watch to it while still seeing the time or any incoming notifications, which is a nice touch.

Below that is a small plus icon that signifies where the wireless charging space is. The main goal of this space is to charge AirPods since this charger is geared towards Apple aficionados, but in my testing, anything that fits under the watch arm will charge. Even the bulky case of the Skull Candy Push Ultra earbuds were able to squeeze under and power up. Notably, the pad is a 10-watt fast charger so it should top up your battery faster than a lot of other wireless chargers.

On the right side, there’s another stand for you to rest an iPhone on. This part of the charger is faster than most basic iPhone chargers since it supplies 18-watts of power. This is the same amount of power that Apple’s smallest USB-C charging brick offers. For comparison, the Apple-branded charger costs $40, which is a little less than a third of the price of the Stance but can only charge one device at a time. 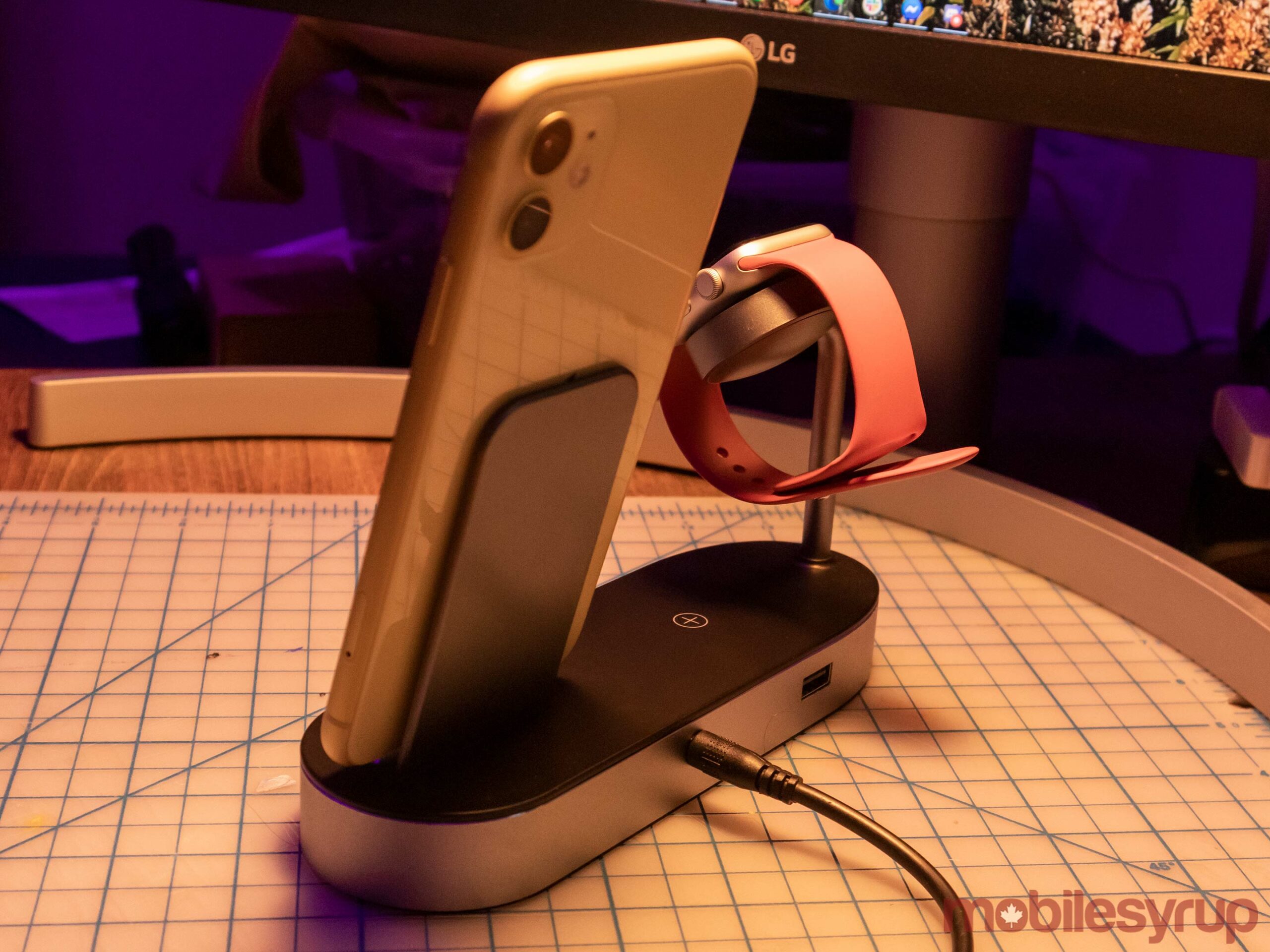 I was also able to charge my iPad from this dock, but it wasn’t as stable as I would have liked since the iPad is so much taller than an iPhone. That said, it works and as long as you’re not bumping into your desk or shaking the charger. Another thing to note is that there is a bit of silicon on the back of the stand, so if you’re not using a case, it won’t scratch your phone. This part is also plastic that’s the same colour as the aluminum to reduce the chance of an accidental scratch further. If your phone is in a case, the Lightning port at the bottom adjusts to make sure even super-wide cases can fit on the stand.

Finally, there’s a single USB-A port on the back that supplies 12-watts of power so you can charge other accessories like a gaming controller, camera or anything else that can charge via USB. On the front, there are three LED lights a Gree light to signify that the Stance is receiving power, a red light to show when the devices are charging and a blue light, which means they’re done charging. 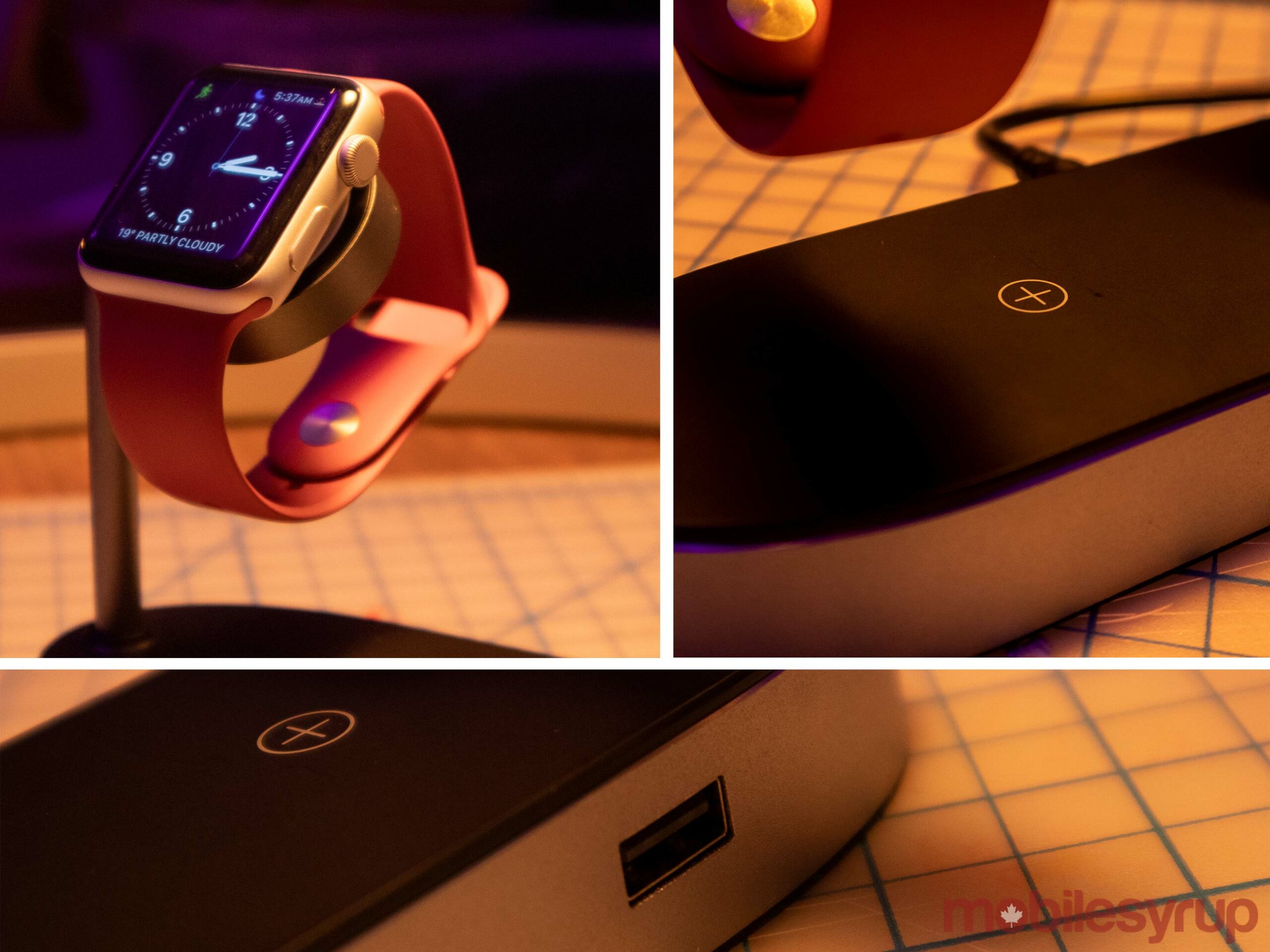 Overall, I think most Apple users would be super happy with this charger and its thin design that makes both your watch and phone face you while they charge, resulting in the perfect desk setup. That said, the power cable is only a little over 96.5cm long, so it does need to be reasonably close to an outlet.

You can buy the Stance 3-in-1 from London Drugs for $149.99. This puts it in direct competition with the Nomad Base Station Apple Watch charger, which can only really charge two, maybe three devices at a time if they’re small. Personally, I’d get the Stance, especially if you’re looking for a charging station for your desk.