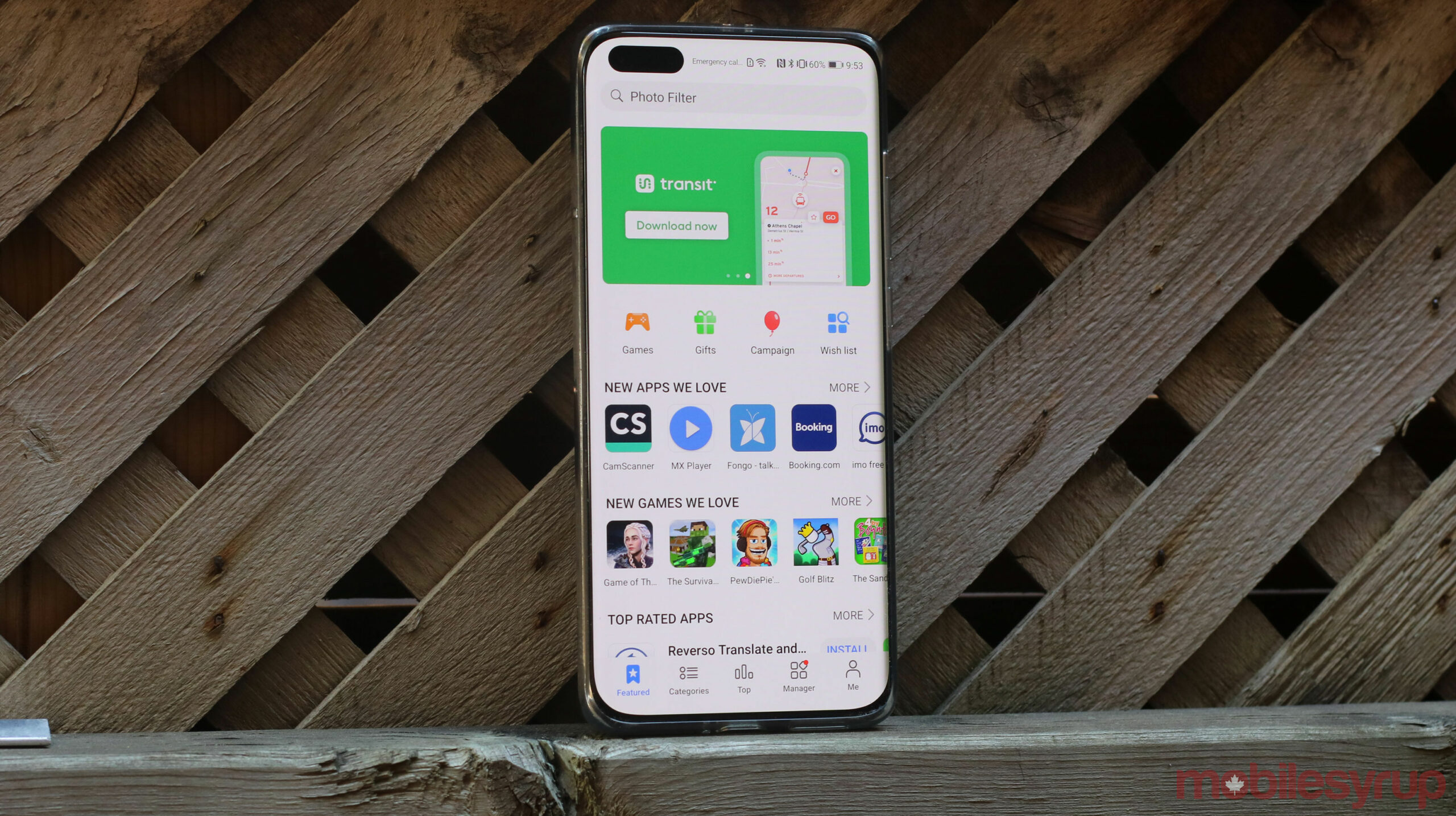 Huawei’s P40 Pro is launching on July 10th in Canada and the P40 is coming out at a later date.

For a limited time if you grab either phone you’ll get the Huawei Watch GT 2 and 50GB of Cloud storage free for 12-months.

The P40 Pro will be available at major carriers, though Huawei has yet to release specifics. Additionally, the duo of smartphones will come in ‘Black’ and ‘Silver Frost’ in Canada.

I reviewed the Huawei P40 Pro back in April and thought it was excellent. It features a superb 6.58-inch display with a 90Hz refresh rate, and a quad-camera setup with 50-megapixel primary sensor, a 12-megapixel periscope shooter, a 40-megapixel ultrawide shooter and a depth-sensing camera. There’s also a 32-megapixel selfie camera with an infrared sensor on the front.

In addition, the P40 and P40 Pro come with Huawei’s AppGallery, which has 17 app categories such as media and entertainment, tools, communication, education, books and reference, and photography.

Furthermore, with Huawei’s newly released Petal Search you can easily search through one million top apps and update them, with just a few simple taps. This way to search for apps will come pre-installed on your P40 series phones and it’s also available on the AppGallery.

This device features a 50-megapixel primary shooter, an 8-megapixel telephoto lens and a 16-megapixel ultrawide camera. The P40 also includes a 32-megapixel selfie and an infrared time of flight sensor.

Additionally, the P40 sports a 3,800mAh battery with 25W charging and more.