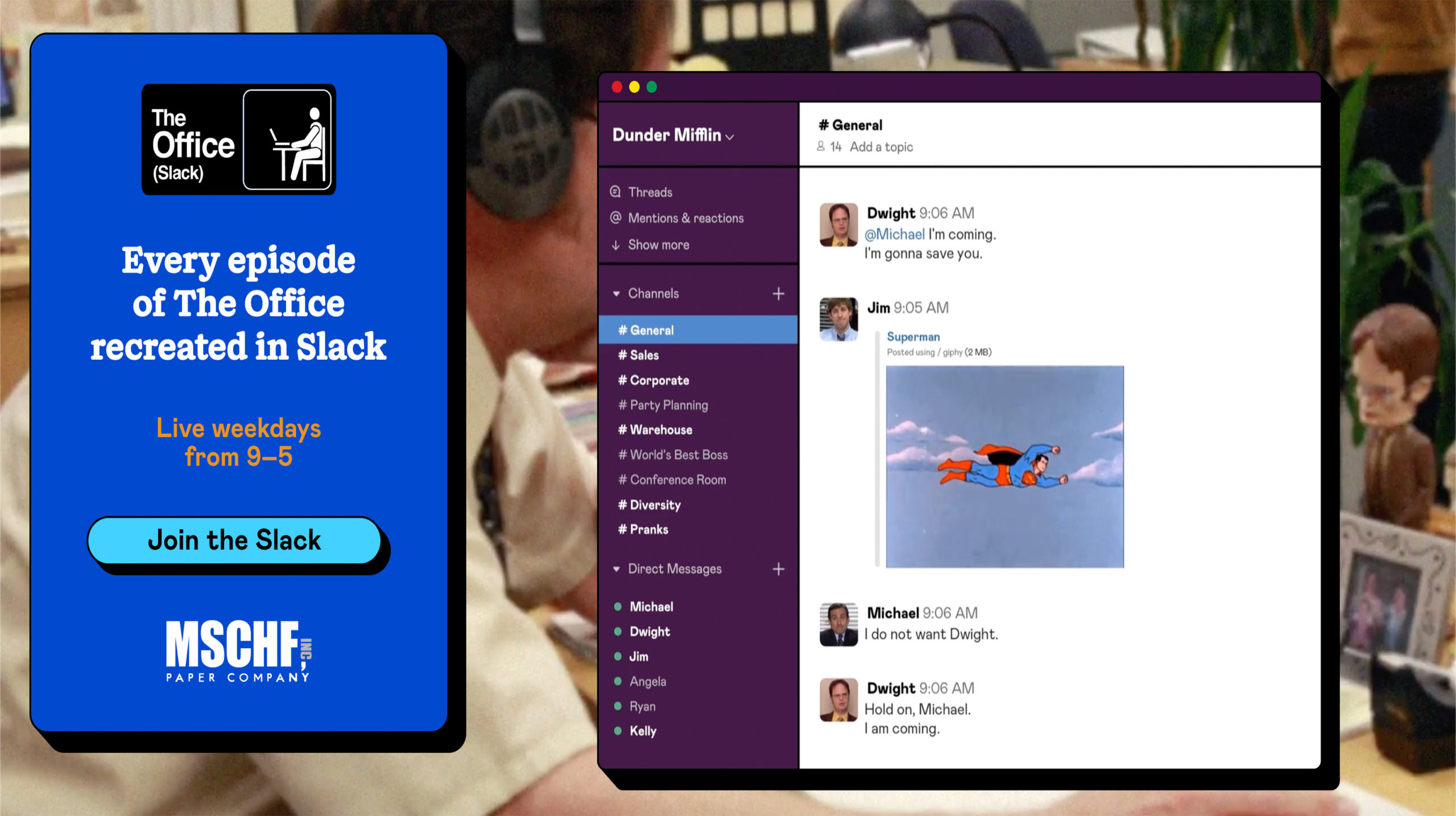 The question of ‘what would The Office what have been like if Slack was around?’ has finally been answered.

One of the most iconic and rewatchable comedy series is being recreated in popular teamwork software, Slack, thanks to creative agency, MSCHF. This is not an officially endorsed take of the series but more of a fanfiction recreation.

The Slack channel runs multiple episodes every weekday from 9am to 5pm ET for the next two weeks or so.

The Office Slack channel has a few rules. The only channels you can engage in are the #water_cooler and #smoke_break channels. The show channels are strictly off-limits, so no you, unfortunately, can’t be part of the show.

“Simply, we are recreating and adapting all 201 episodes of The Office in Slack,” MSCHF’s Daniel Greenberg told The Next Web.

“This is a live experience by real people. The nature of work and office culture has changed so much since the show aired. A lot of which is centred around the way we use technologies now, and that shaped the way we relate to our coworkers, so this is really cool.”

Greenberg adds “I mean who knows” regarding the legality of the Slack adaptation.

You can join the Slack channel by clicking here.

Source: The Office (Slack) Via: The Next Web