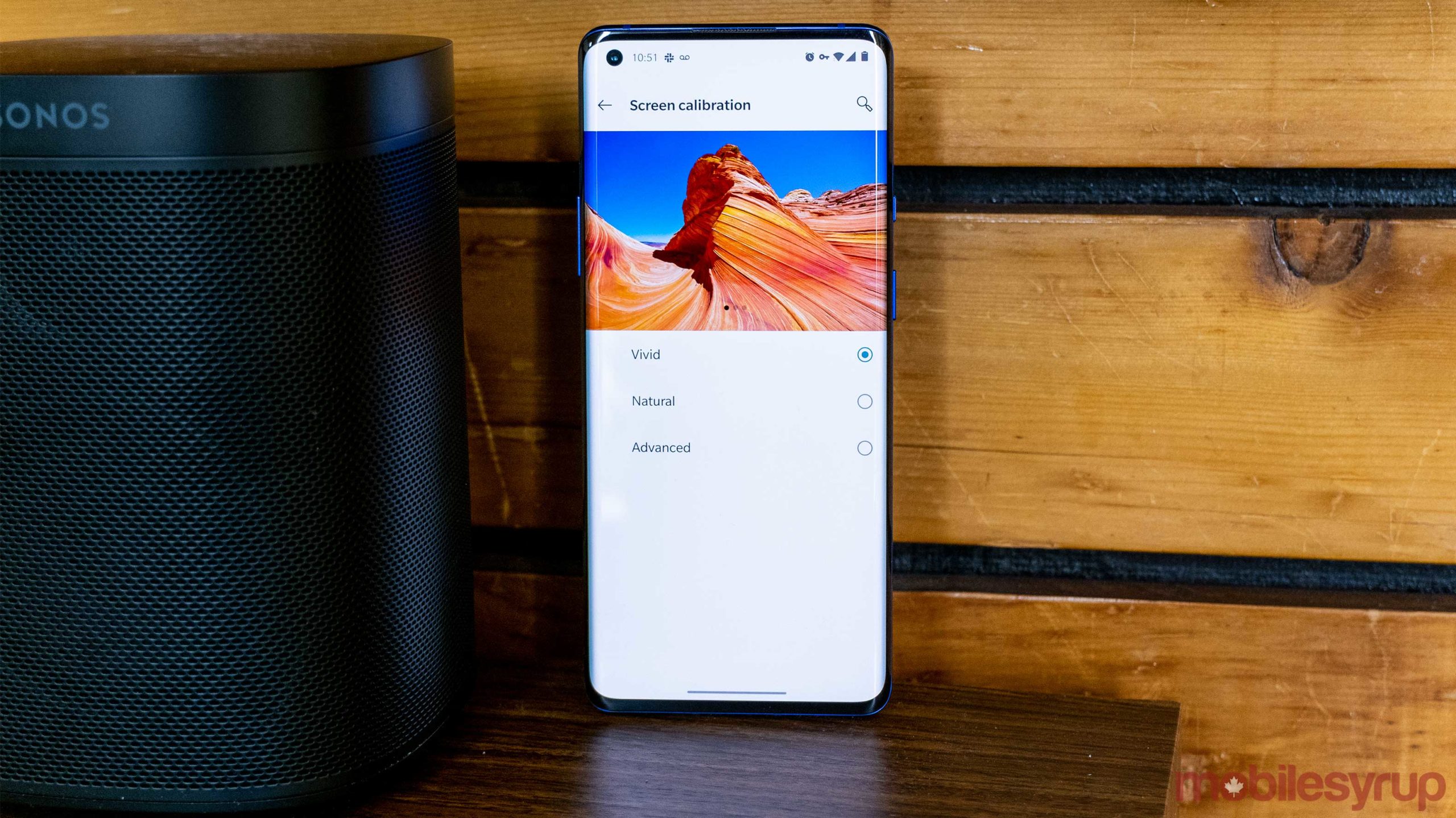 OnePlus has rolled out an update that apparently fixes the annoying green screen tint at low brightnesses on the OnePlus 8 Pro.

Earlier this month, a handful of users began reporting a green screen tint when they lowered their screen’s brightness to its lowest levels. The latest Oxygen update doesn’t mention a fix for this specifically, but some affected users say it fixed the problem for them.

Since there’s no mention of the screen issue in the patch notes, there might be another update still coming that addresses this issue directly.

The update brings OxygenOS up to version 10.5.5 and it also adds some tweaks to help fight against accidental touches on the edge of the screen and more. Some of the display effects like ‘Motion Graphics’ have been enhanced.

On the camera side of things, the patch notes say that white balance and focus has been improved in dark environments.

If you have a OnePlus 8 device, you can download this update in the ‘System’ section of the settings.