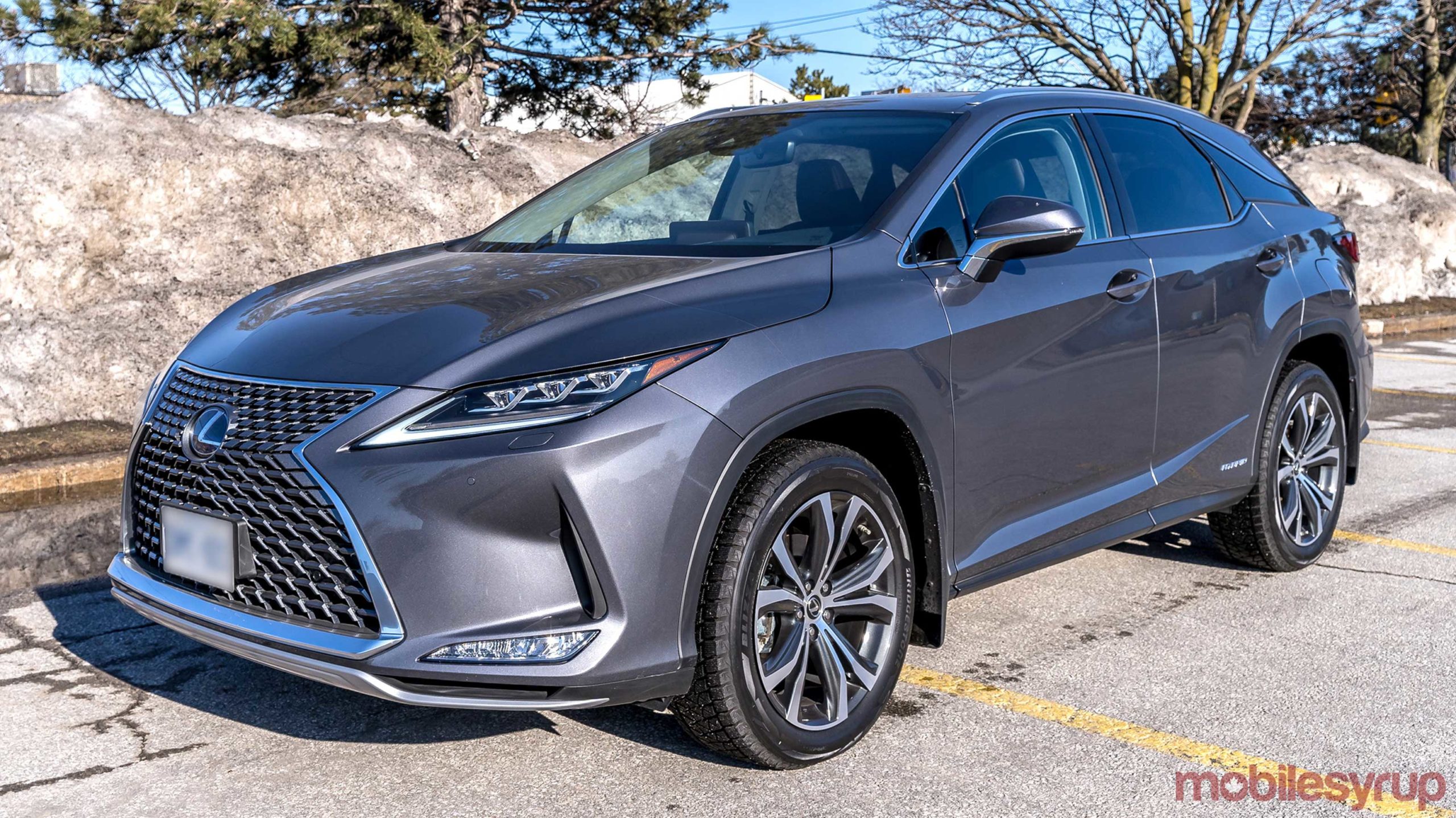 Like Toyota, the Lexus brand is supposed to be a luxurious alternative, but that wasn’t always the case on the infotainment side. Until this year, where the floodgates are now starting to open wider.

A lot can happen in a few years. It wasn’t all that long ago that Toyota and Lexus stood firm in choosing not to adopt CarPlay and Android Auto. That’s no longer the case, and both brands are better for it as far as the infotainment experience is concerned.

Not only did Lexus start to play ball with Apple and Google, but its engineers also reimagined how they wanted drivers to interact with the system. Enform, Lexus’ past branded infotainment platform, is still kicking around, only it now serves a reserve role in other respects.

I got to try all this out in a Lexus RX 450h to see what the new-look setup could do. 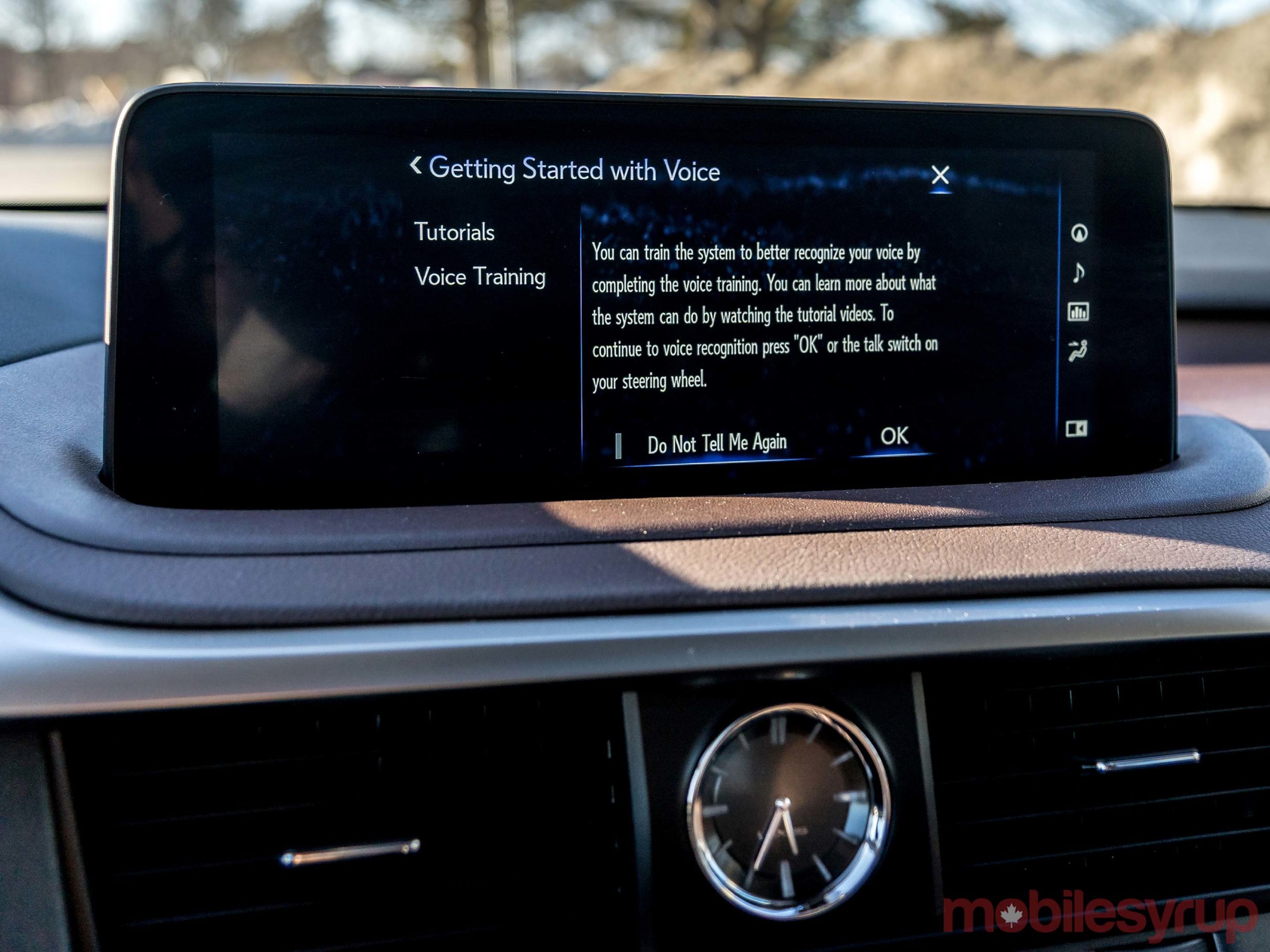 Previously, Lexus had what they called a Remote Touch system that was like a joystick-and-mouse amalgam. It was intuitive when it wanted to be, but also had little to work with at the time.

The newer Remote Touch is more a trackpad than anything else. It features haptic feedback, splitting things into four quadrants, but offers plenty of free-flowing action in moving around selections onscreen. It’s also larger than the older iteration, and feels more ergonomic than I initially expected.

There are also some customizations available, like adjusting the speed from slow, normal or fast, along with three settings for feedback force, as in how strong the haptics would be. Given this is a touch-sensitive pad, the speed and force are relative to how comfortable you get in navigating the interface with less effort. I’ll touch on that further down.

The model I drove was the Luxury trim ($69,000 CAD all in) and it included the larger 12.3-inch letterbox display. It’s an 8-inch variant on the standard trim without any add-on packages. It’s a touchscreen, so the Remote Touch pad isn’t the only input option, but given how deep and recessed it is in the dash, it’s not as convenient to reach out and touch it. This is possibly a purposeful design philosophy, but I don’t know for sure.

Lexus’ Voice Command platform still takes precedence whenever a phone isn’t plugged in to run CarPlay or Android Auto. It has the same “training” regimen to familiarize itself with your voice, but there is an odd omission. When pairing an iPhone via Bluetooth, I couldn’t get Siri Eyes Free to work. I knew that Lexus had previously mapped that to the call button on the steering wheel, rather than the voice button. But in both cases, it was Lexus’ voice that piped up — even after doing a long press. 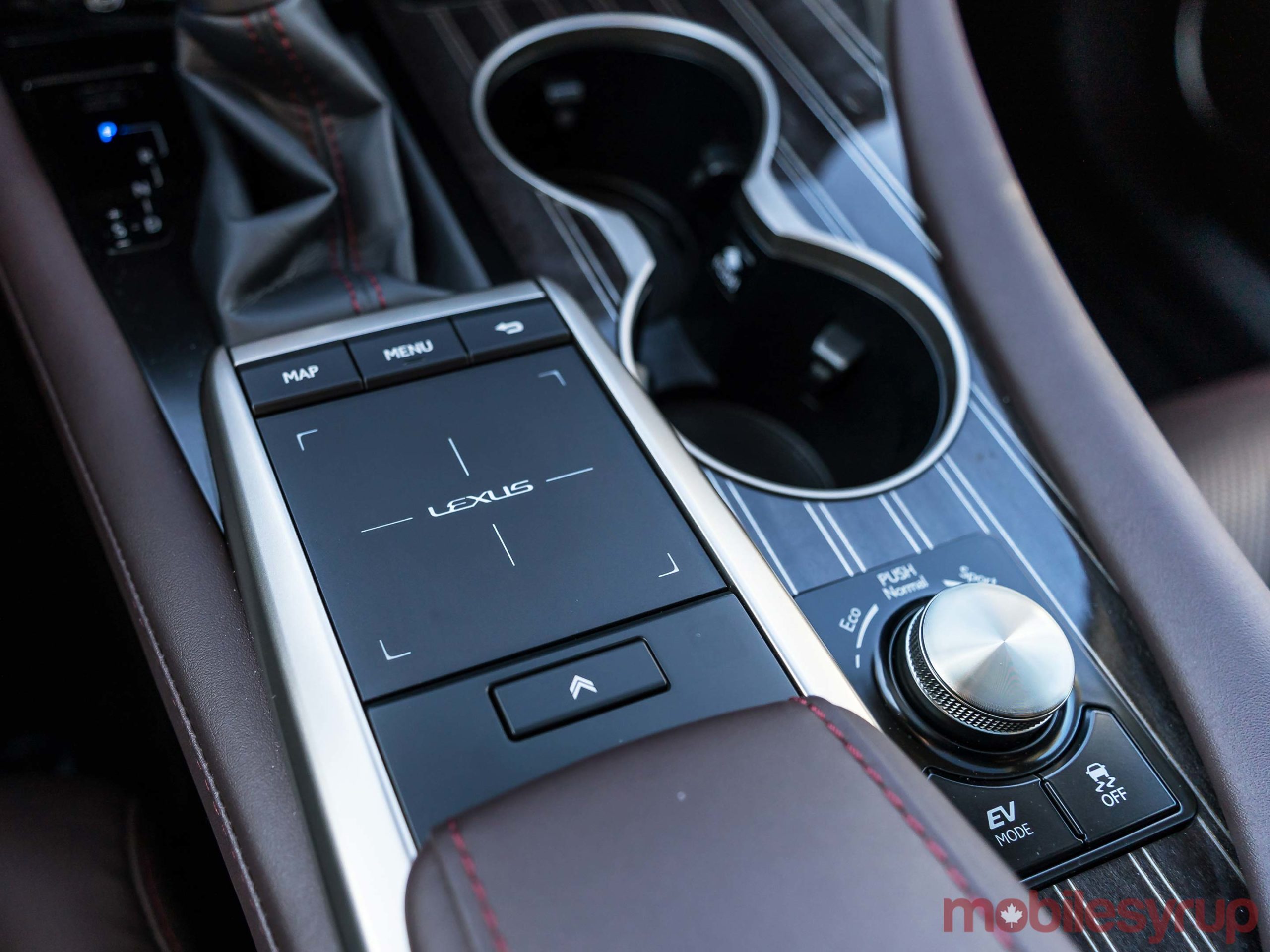 There were two USB ports in the storage bin of the centre console that ultimately proved to be the ones necessary for phone projection. CarPlay and Android Auto only worked for me when plugged into either one of those, as opposed to the two ports situated right in the front under the climate control buttons.

Interestingly, there were also two 12-volt sockets, and they even threw in an Aux-In port for wired playback, which is an increasing rarity nowadays. SiriusXM was preloaded, as it comes with a standard three-month trial for new drivers.

With Bluetooth, the SUV can store up to four devices, though only one can stay paired at any one time. A driver and passenger couldn’t be paired at the same time, for instance. I was surprised Lexus left this out back in 2017 and am equally so this time as well. It really simplifies things for drivers who carry personal and work devices, or for those sharing the car and need access. Other luxury brands do offer that kind of connectivity, though in fairness, not all of them do. 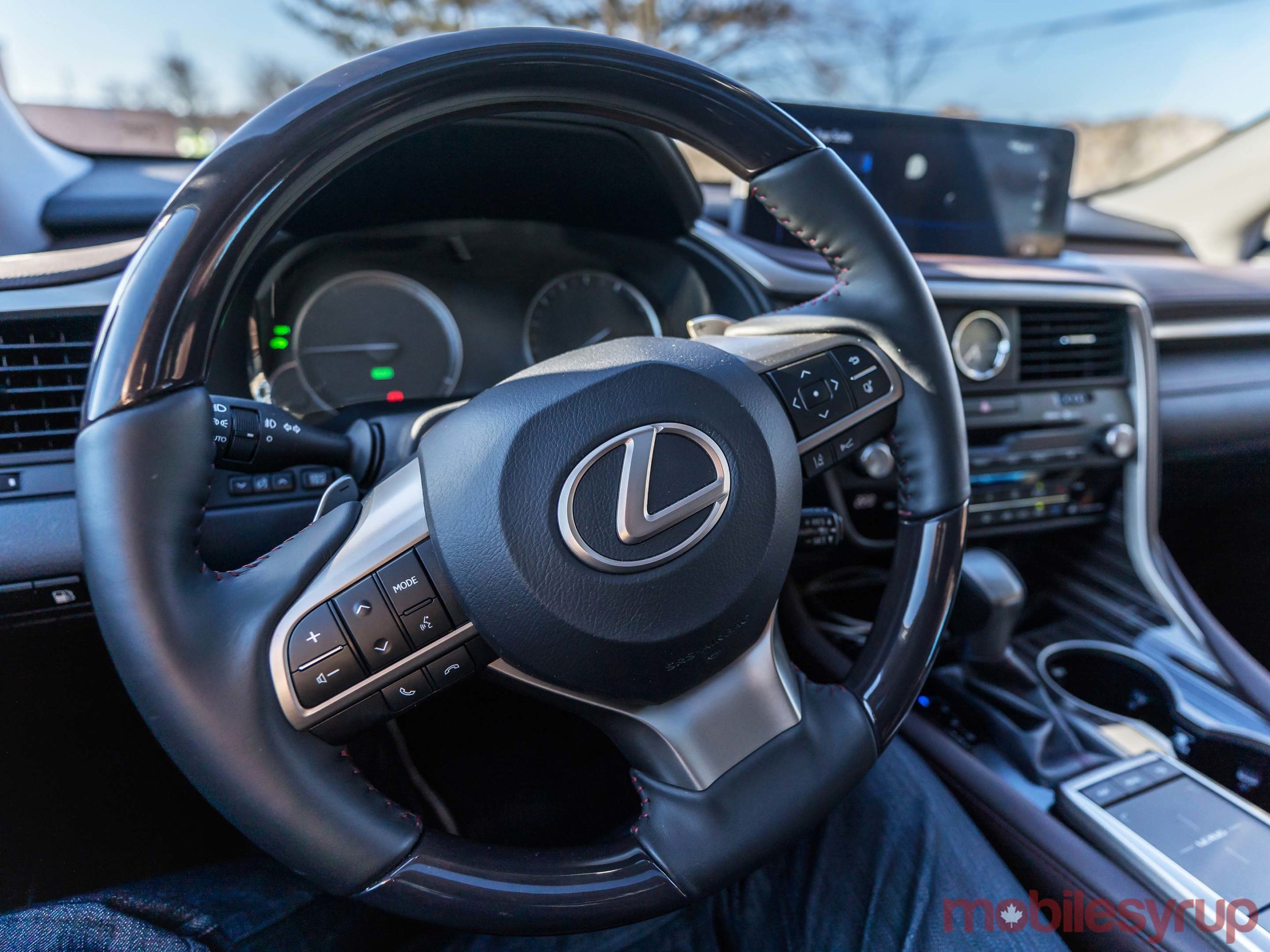 As I expected, there is no in-car Wi-Fi hotspot despite an embedded SIM card inside. That connection does play a different role that I will cover later, but in any case, in-car data plays no serviceable role for passengers here, particularly children in the back.

Wireless charging is only available on the Executive trim, lumping it in with various other select features, including the 15-speaker Mark Levinson sound system. The lack of wireless charging is unfortunate for a vehicle at this price point, and probably should be there on all trims above the standard one, but Lexus opted to keep it as a premium-only feature. 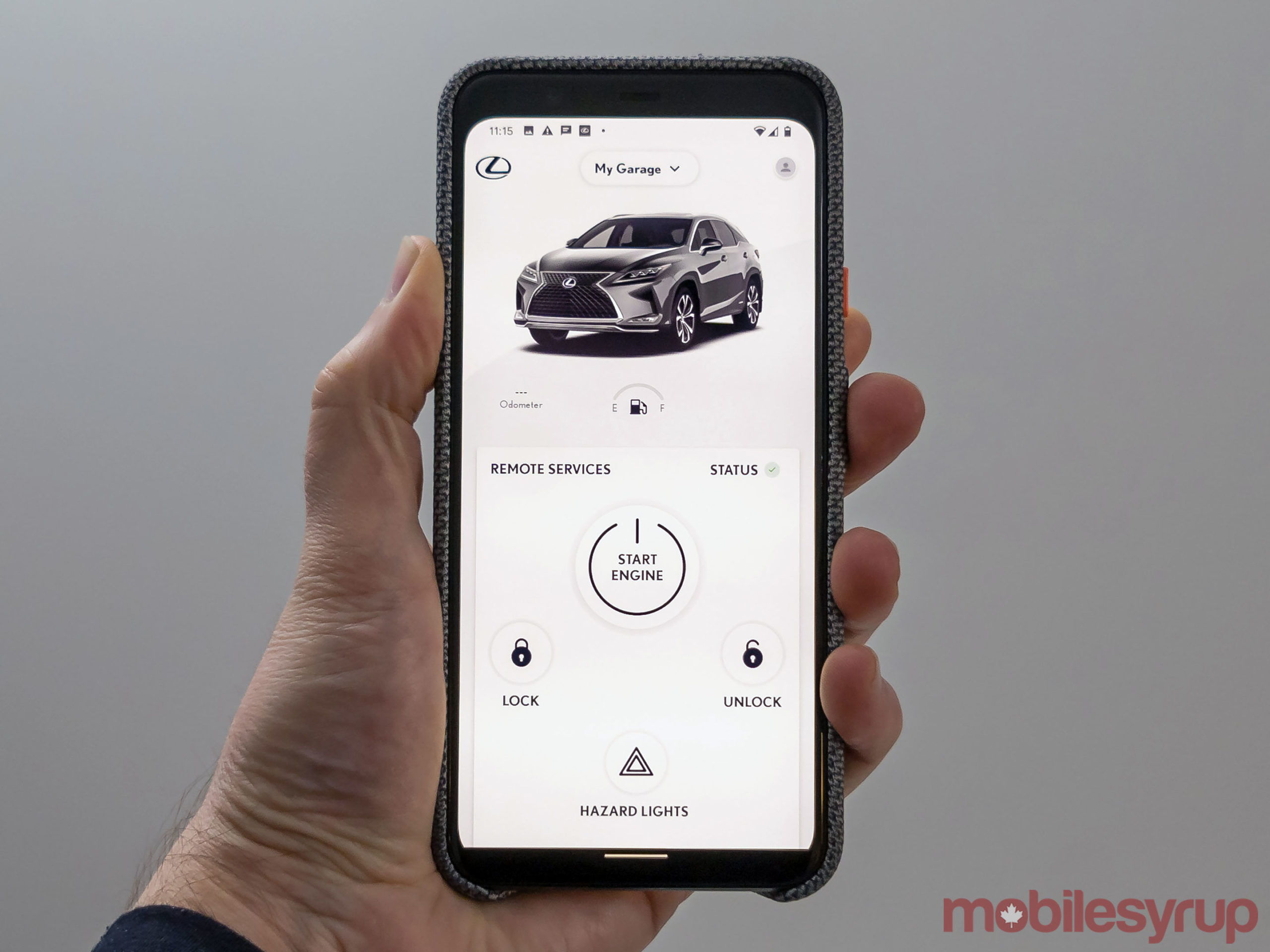 This may not be the integration you’re thinking of. You won’t be talking to Alexa inside the cabin, like some vehicles in the United States come equipped with. This is about using Alexa at home or on any compatible device to gain limited remote access to the car.

For example, in my testing, I said, “Alexa, ask Lexus to start my car,” and “Alexa, ask Lexus to check if my doors are locked.” The Lexus skill in Alexa offers the kind of integration you would normally find within the Lexus Enform Remote app. Remote start/stop, lock/unlock, odometer readings and gas levels are the basics of what you can tap into here.

This is where the in-car SIM comes in handy, however there are a few caveats to consider. First, this feature requires an Enform Remote subscription. Without that, you can’t link the car to your Amazon account. Second, it won’t work if you live in a condo or apartment and park underground where the signal won’t get through. Even if you park in an open area, it could take up to 60-seconds before the car responds to the command. I found this to be more useful on colder days starting the car to get the heat going inside (or to cool it on really hot days in the summer).

Despite its limitations, it’s a cool way to interact with a vehicle, particularly because it’s so hands-free. It is a new feature, though, and that’s why it’s currently only available on Lexus’ RX, RX 450h, select NX and NX 300h models, UX, UX 250h, ES, ESh and RC.

Technically, there were two apps that worked with the RX 450h. There was the regular Lexus app and the Lexus Enform App Suite app. Of the two, the former is the one that offers the remote access I mentioned. The latter is supposed to integrate into Enform’s App Suite in the infotainment system to display compatible apps.

There’s just one issue: there aren’t any. Unlike in the U.S. and other markets where there might be something to use, Canada has no integration that way. So, it’s otherwise a dead feature.

The regular Lexus app, on the other hand, is not. In lieu of Alexa, this is the way to remotely control the basic functions of the vehicle. You can also set up a guest account for a teen or friend borrowing it to give you some insight into whether they exceed your settings. Even though there is an in-car navigation map, you can’t send a destination address through the app to the car, like other makes and models do. 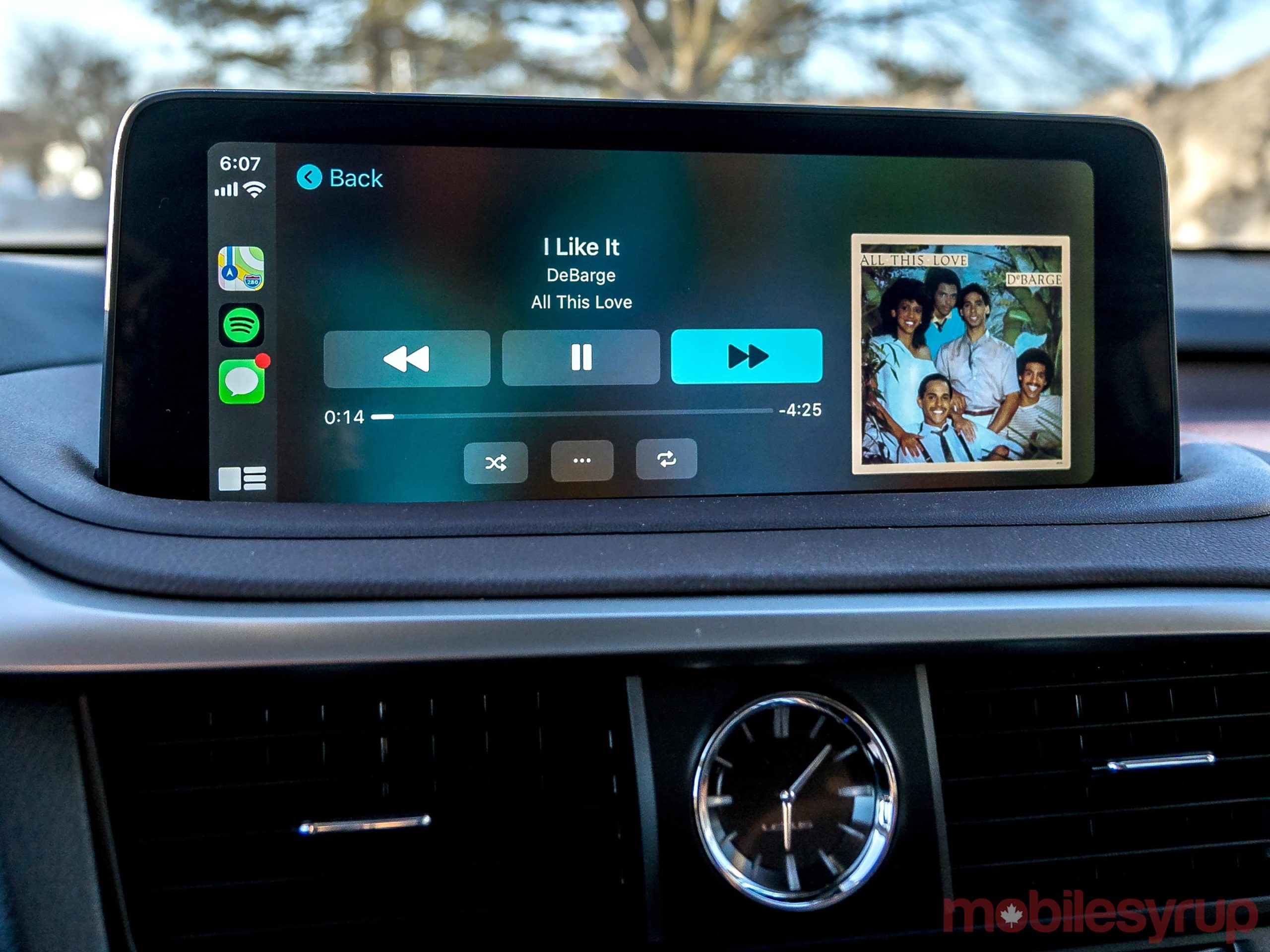 Better late than never might redress the lack of availability in previous years, though many are still left out in the lurch without a way to upgrade. With this and other 2020 models, adding CarPlay and Android Auto also comes with a new input method to work them.

The Remote Touch pad is responsive and easier to manage than you might think, but I believe years of using a laptop trackpad was a big factor in adopting it so quickly for me, personally. It’s also good timing for Android Auto, where the newer grid layout is better suited for how this pad works, too.

When running either platform, their respective voice assistants are more prominent. You can still access Lexus’ at any time with a short press of the voice button, whereas a long press will trigger Siri or Google Assistant. One thing I never got to work really well was hands-free access to those assistants. If I said, “Hey Google,” or “Hey Siri,” nothing happened. I always had to use the voice button to raise them. 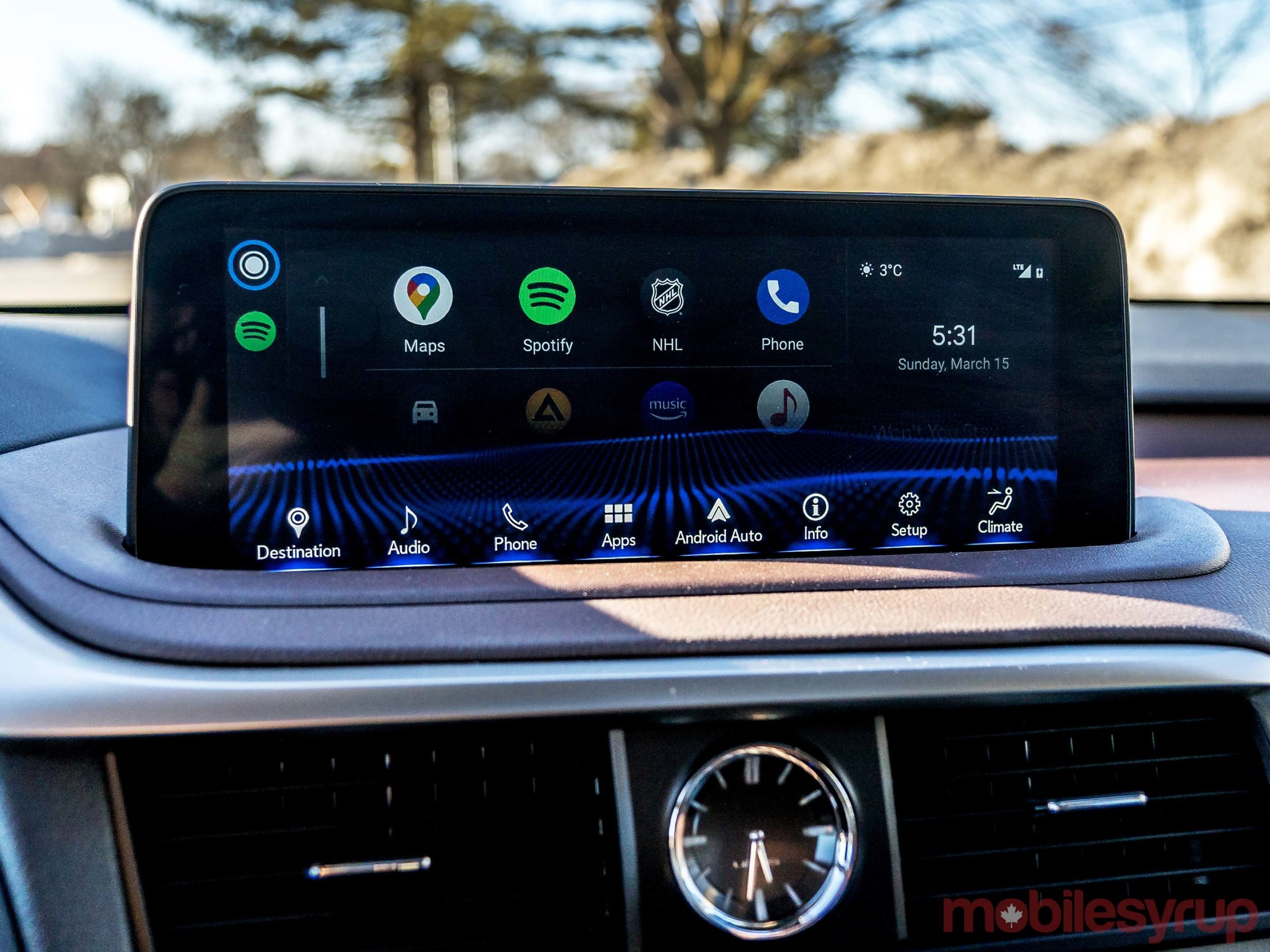 The larger screen also comes with some productive upside. It can split the view into a 1/3 or 2/3 layout, making it possible to have, say, CarPlay on the larger space, and something else, like the time or a map on the other, for instance. This also fits well with how the trackpad works because it will move the highlighted cursor from one section to another when it runs out of real estate. It does mean a fair bit of swiping sometimes, but not as much when there’s a menu bar of shortcuts lined up at the bottom.

These two platforms are also the only real way to receive and respond to text messages. While I approved access to the system to get my text messages (after pairing via Bluetooth), I never actually heard them unless I went through the menu to hear them. I also had no way of responding using Lexus’ own voice platform. Without CarPlay and Android Auto, there was no real hands-free option to respond to a message. I triple-checked in the voice training and car manual just to make sure, but there is no mention of being able to respond to incoming messages by voice.

I will say, though, that Lexus has improved how well it interprets words. That was a problem for me in the last review, but there weren’t as many mistakes this time. It was better with streets and addresses, and making phone calls was a breeze.

In the last review, I posited that Apple and Google would have a standard presence in Lexus vehicles unless it was able to dramatically offer a worthy alternative.

Well, here we are. CarPlay and Android Auto are available on all trims at no extra cost, and with the Remote Touch pad also running the gamut of trims, the foundation of the infotainment experience is intact.

Adding the Alexa skill and getting more out of the screen only helps seal the deal. It’s still not the most effective system Lexus owners deserve for their money, but it’s far and away better than what anyone driving a 2019 or earlier is getting.

'CarPlay and Android Auto are available on all trims at no extra cost, and with the Remote Touch pad also running the gamut of trims, the foundation of the infotainment experience is intact"