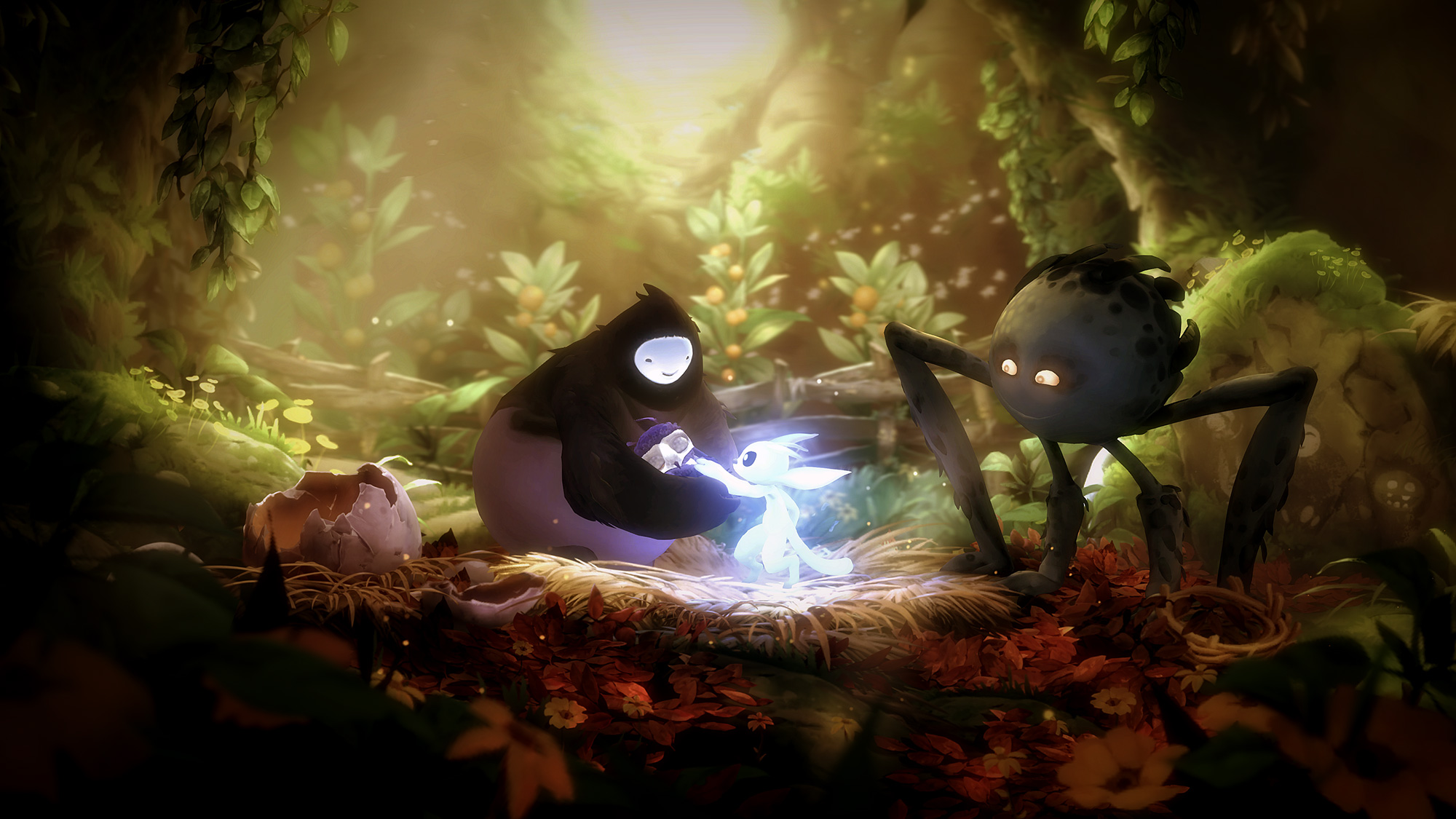 It’s been a long time since I’ve really played a classic, 2D platformer,

The last sidescroller I spent significant time with was New Super Mario Bros. U for the Wii U way back in 2012. While the game wasn’t necessarily bad, after a few hours of stomping on Goombas I realized I was tired of the age-old genre.

I think the only exception to this rule was Toronto-based Drinkbox Studio’s Guacamelee, though at the time I wasn’t able to pinpoint exactly why (I’ve played and really enjoyed Celeste, though I wouldn’t consider it a platformer in the very traditional sense).

Now that I’ve spent several hours with Moon Studios’ Ori and the Will of the Wisps, I think I have a better understanding of why Guacamelee resonated with me: it was the game’s focus on exploration.

Games like Guacamelee and Ori are entirely free from the confines of level-based progression. Instead, the player is thrown into what feels like a massive, two-dimensional world and is tasked with uncovering its mysteries and accomplishing specific goals.

While ‘Metroidvania’ is the perfect example of video game lingo I hate because the word doesn’t mean anything to someone who isn’t immersed in the world of gaming, it really does describe titles that fall into this sub-genre very well. They’re exploration-focused, two-dimensional video games, that share striking similarities to the two series that birthed this type of game: Metroid and Castlevania.

In short, Ori and the Will of the Wisps is absolutely stunning — if you thought Ori and the Blind Forest looked great, its sequel is on an entirely different level. Everything from the game’s vibrant, yet dark and detailed environment, to its stellar animation amount to one of the most visually compelling games I’ve encountered in some time. 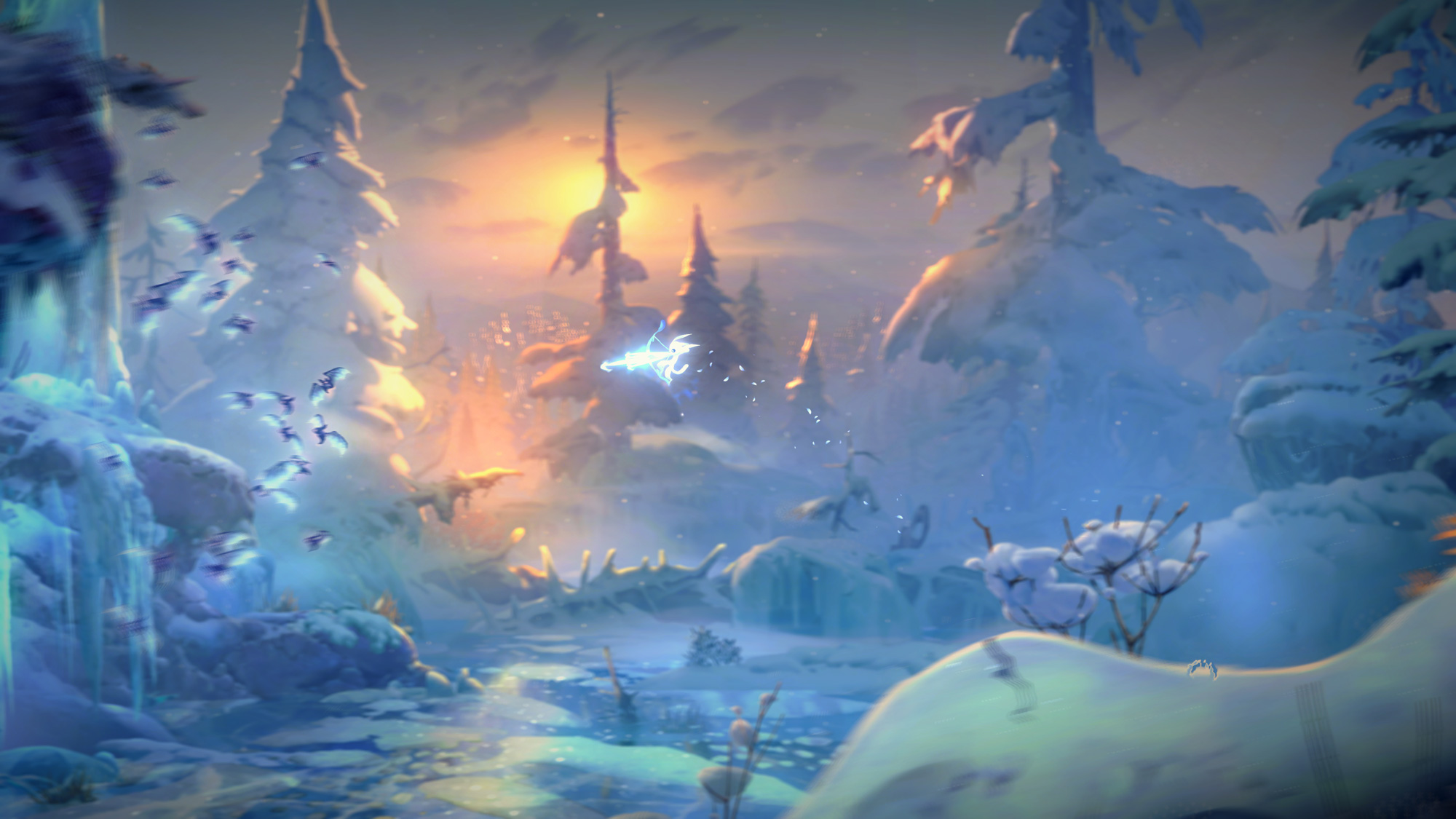 Of course, how great the game looks was helped by the fact I’m playing it on an Xbox One X and with a PC monitor that supports both 4K and HDR10, which surprisingly added significantly to the already impressive visuals. The game’s unique design truly pops from the display in a way I haven’t experienced before with a video game.

What’s most impressive about Will of the Wisps is that throughout my time with the title, Ori still feels like a small being tasked with what feels like an insurmountable goal. This is even after you start to unlock Ori’s several interesting powers, and the character becomes far more capable than it is at the beginning of the game. This constant feeling of dread is aided by truly challenging enemies — I hate those mosquito creatures and how they dive at you — and the new screen-filling boss battles.

So while Ori does indeed progressively become more capable thanks to new abilities being unlocked, a common theme in exploration-focused platformers, the game still finds ways to remain challenging. With that in mind, I’m glad running out of health results in a quick respawn because even those very experienced with platformers are going to die a lot in Ori and the Will of the Wisps. 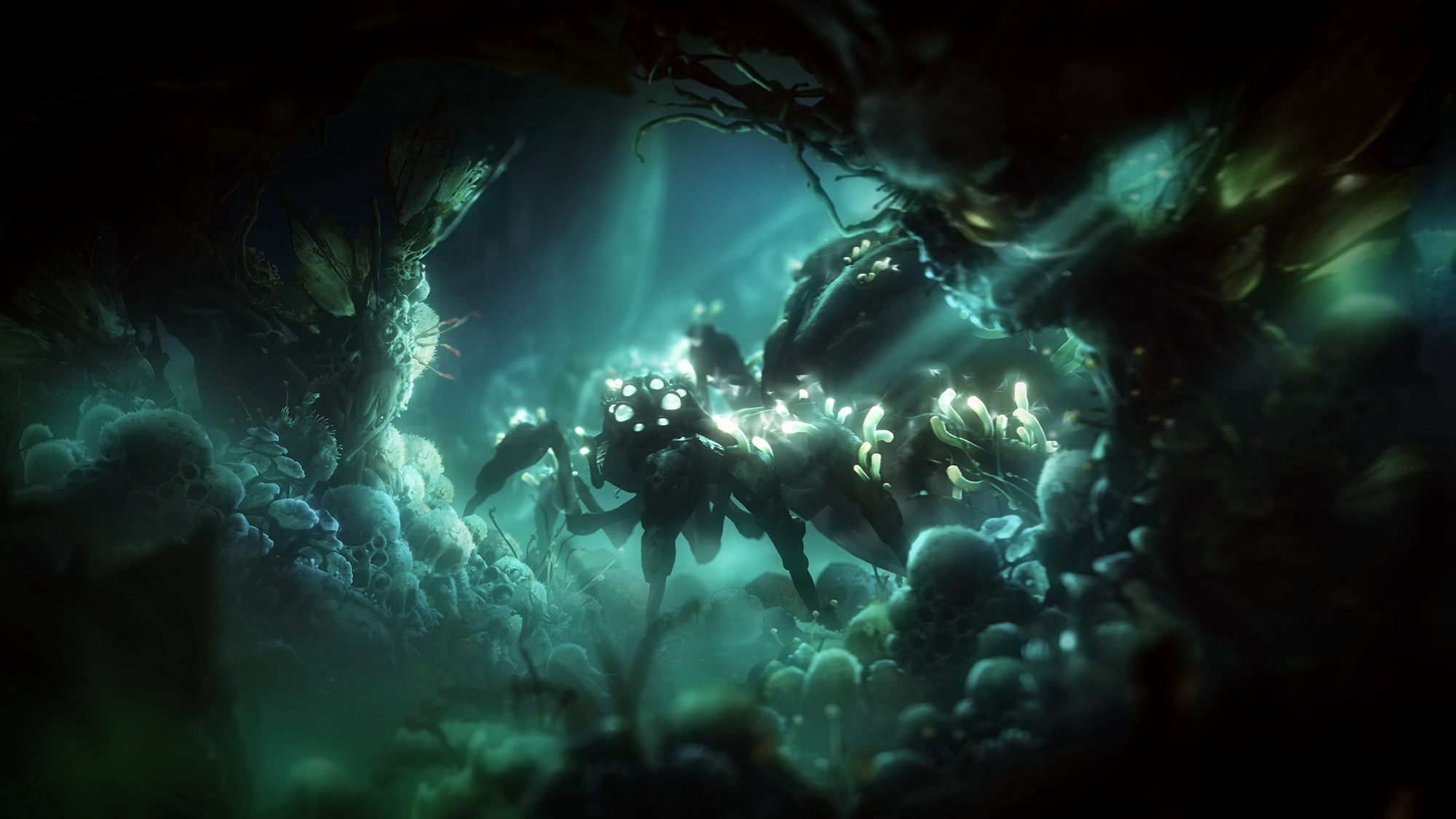 The difficulty continues when it comes to Will of the Wisps‘ platforming elements and the level of technical skill required to surpass some areas of the game. Similar to classic platformers like the Metroid series, well-timed button presses and careful planning are keys to success in Ori’s latest outing.

Controlling Ori does take some time to get used to, but once you master abilities like ‘Dash’ and ‘Double Jump,’ there’s almost a relaxing fluidity to the way the character bounds through the colourful world.

That said, like nearly every video game I’ve ever played, Will of the Wisps is far from perfect. The game is in dire need of some sort of mini-map system; I found myself continually opening the map in order to know where I needed to go next. This breaks up the experience, and if you’re attempting to navigate to a specific area of Ori and the Will of the Wisps’ sprawling map, it can be very frustrating. 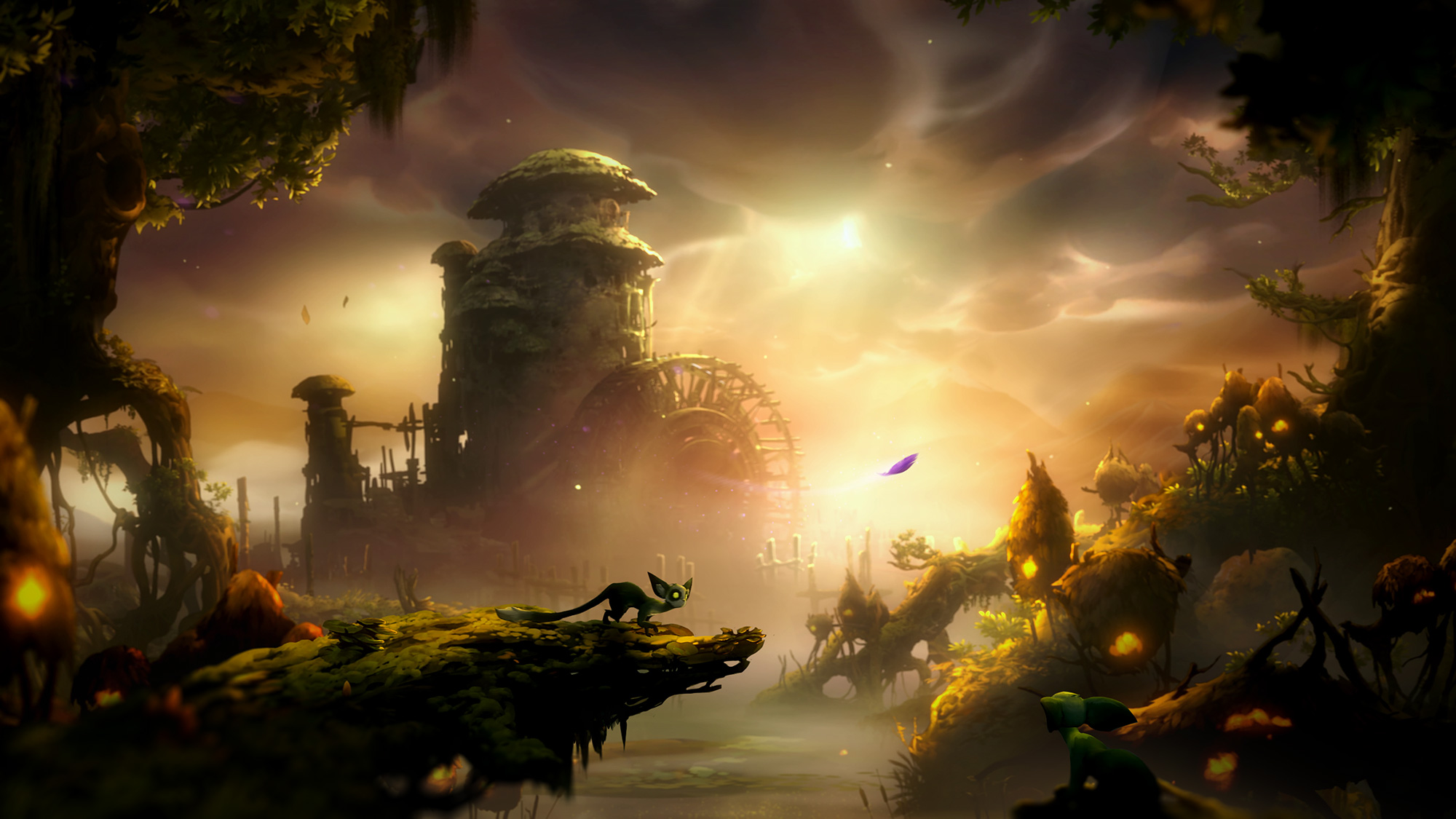 It would have been great if Moon Studios implemented some sort of always on-screen mini-map, or at least an arrow directing players where they need to go next, to make the game’s world more seamless to navigate. I know the side-scrolling exploration genre is focused on discovery and backtracking, but I often felt like Will of the Wisps needed to give the player significantly more direction.

It also baffles me that Will of the Wisps doesn’t feature a manual quick-save system. I understand travelling to a specific location to save a game is a common element in this classic genre, but in 2020, forcing players to backtrack just to save their game feels incredibly archaic. Thankfully, there’s an automatic system this time around that will occasionally save in the background, though it doesn’t always log your progress in obvious places.

Further, I also ran into performance issues with Ori and the Will of the Wisps when playing on the Xbox One X even after the day one update. I ran into bouts of stutter and lag that at times made the game nearly unplayable. I’ve since moved the installation from an external hard drive to the Xbox One’s internal storage and that seems to have solved the problem so far (I’ll update this story once I can confirm for sure that the lag is gone). 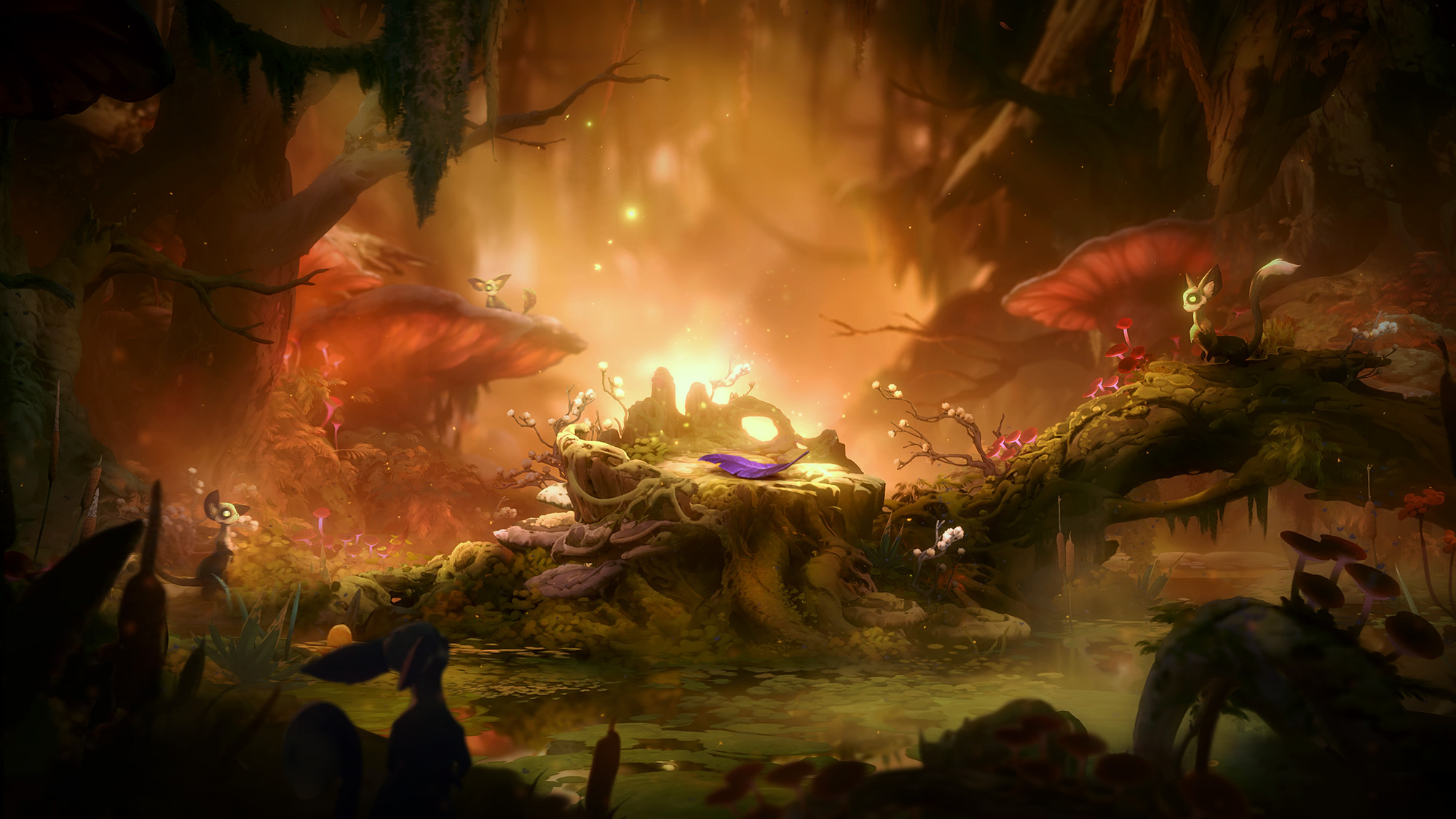 How much I’ve enjoyed Ori and the Will of the Wisps has also caused me to question why I didn’t spend more time with 2015’s Ori and the Blind Forest, especially given that video games were a more significant part of my day-to-day job back then. I remember playing the game very briefly and thinking it looked visually impressive, but then putting it back down again rather quickly. Though I can’t be certain, I likely had several games on the go at the same time and The Blind Forest somehow fell through the cracks.

Regardless, I’m glad Ori and the Will of the Wisps caught my attention as it’s likely going to go down as one of my favourite games of the year.

Ori and the Will of the Wisps is available on the Xbox One and PC. The game is also part of Microsoft’s $11.99 CAD per month Game Pass subscription service.