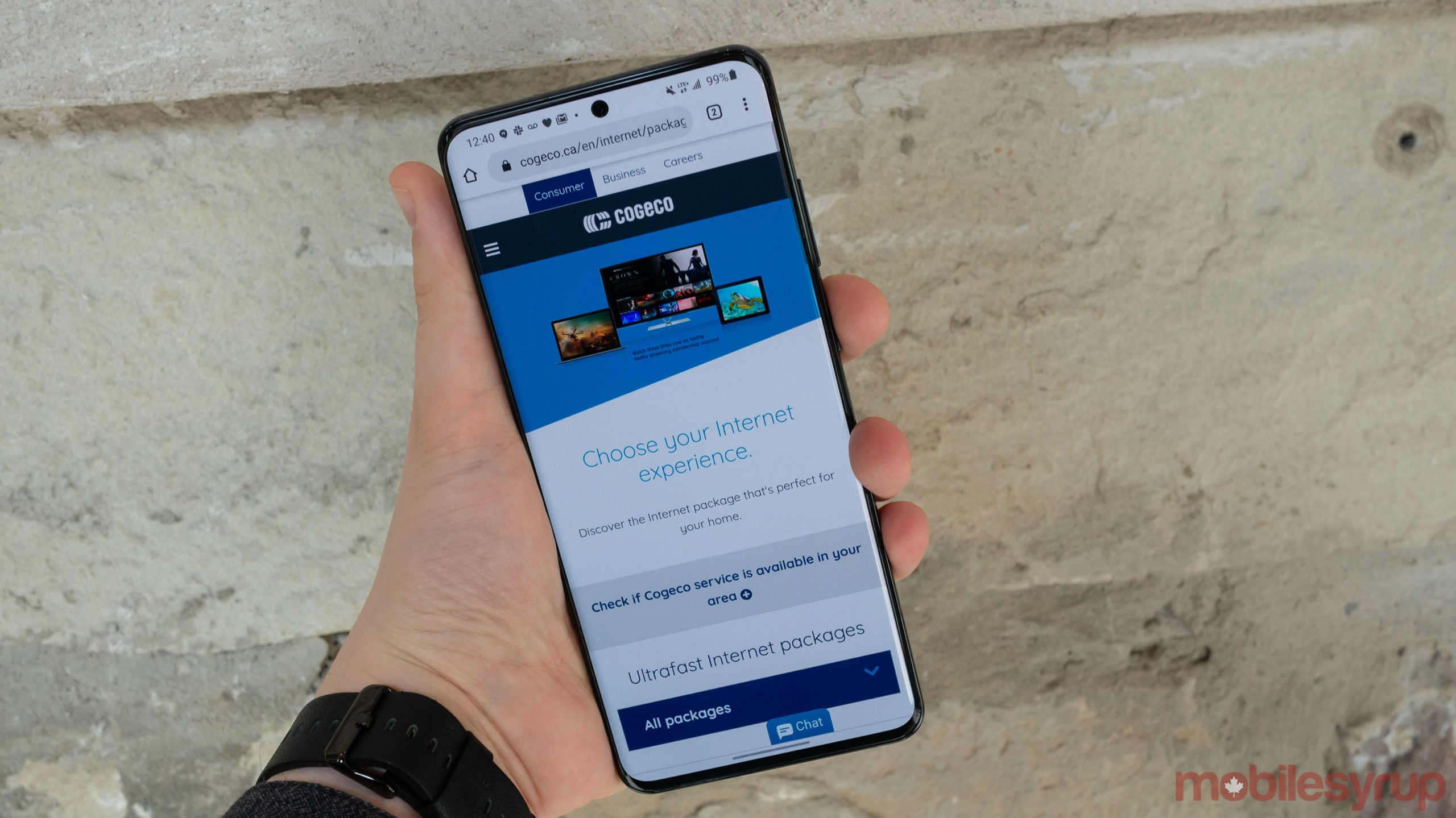 Cogeco has sent out an email to customers stating that the cost of all residential internet packages are increasing by $3 CAD per month starting on May 1st, 2020.

The email noting this rate increase also states that customers that are on promotional rates will not be affected by the change until the end of their term. 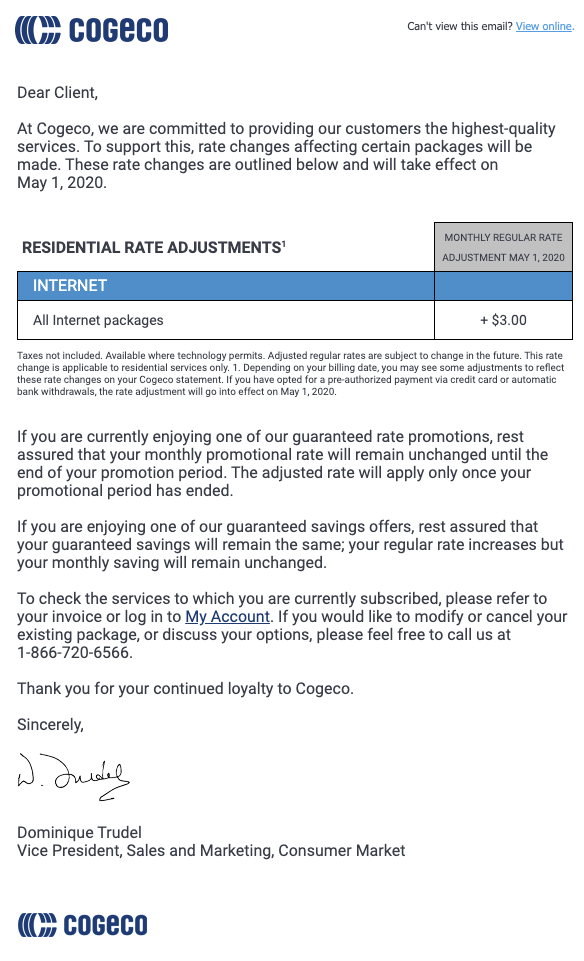 While the “rate adjustment” in the email indicates the change relates to “all internet packages,” the start of notification states that only “certain” packages will be affected. MobileSyrup has reached out to Cogeco for clarification.

I currently subscribe to Cogeco’s UltraFibre 360 Unlimited plan that is priced at $85.11 per month after tax. This means that once my plan’s 24-month promotional plan is over, my rate will increase to $88.50 after tax.