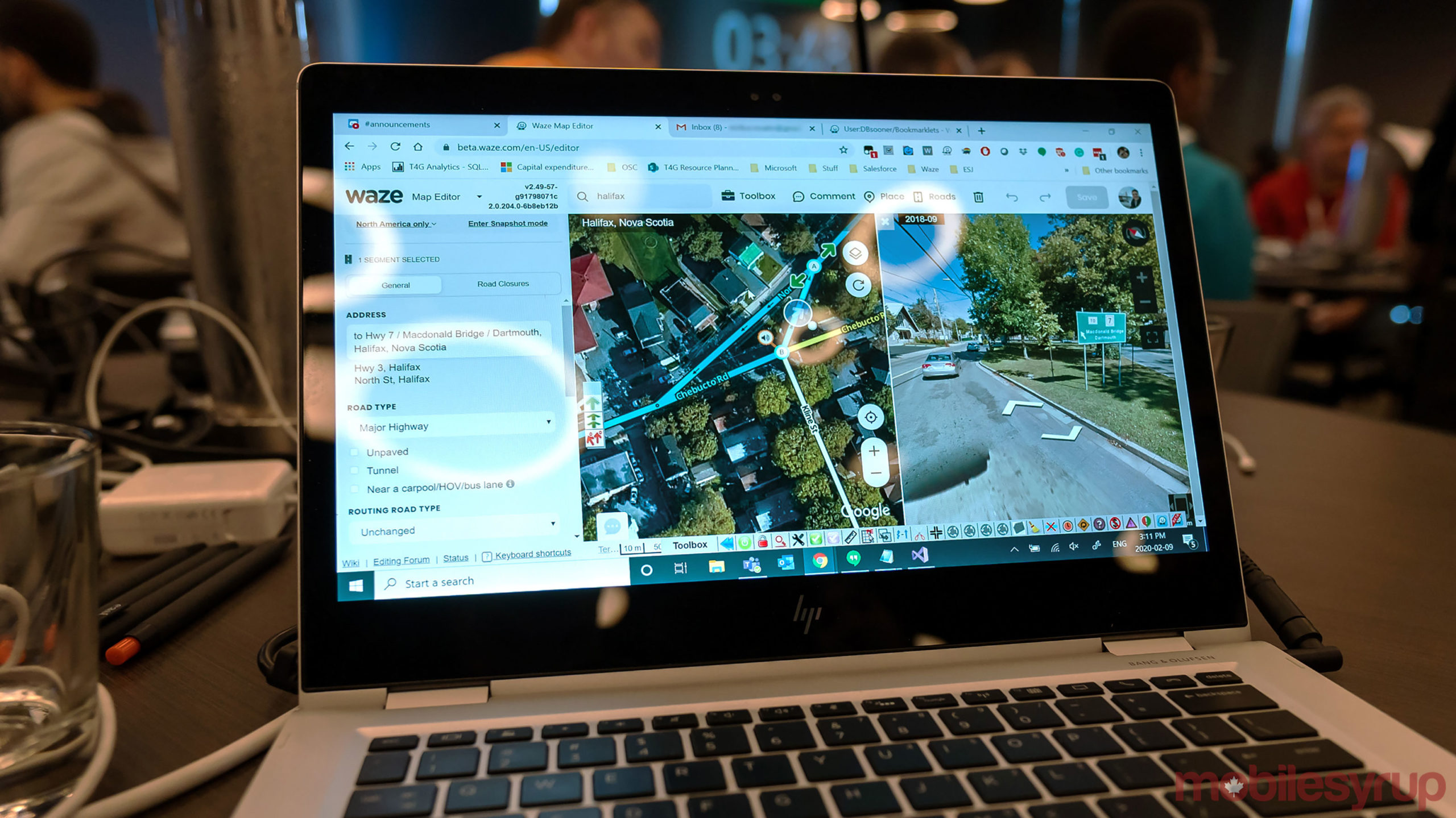 In any given week, there are up to 60,000 people contributing to Waze’s map development across the globe, and they’ve become growing communities of dedicated volunteers.

Most of Waze’s 540 employees are still based in Tel Aviv, where the app was first conceived in 2008, but it’s the community support that has sustained its dynamism since then. Drivers who interact with the app to report something are known as “Wazers,” and they have been crucial to making the map dynamic in real-time. But this army of active community participants is critical to why its navigation maps are considered to be one of the most accurate in the world.

“Mega Meetups” are integral to cultivating this symbiotic relationship, and they occur more often than many may realize. Outside of the local community meetups for Wazers themselves, these are the big ones that happen in five regions: North America, Asia-Pacific (APAC), Europe, Latin America and Brazil.

This year’s North American Mega Meetup took place in Miami from Feburary 8th to 9th, and MobileSyrup got a front-row seat into how this collaboration works.

The word “community” comes up often in a meetup like this. Up to 40 Waze staff were on hand, along with the 87 Wazers flown in from across Canada and the United States. Though in a different region, there were also two hailing from Mexico.

Wazers fall under five different communities. Editors are the biggest one in overall numbers, responsible for adjusting and improving maps for accuracy. They’re followed by the Beta testing group that tests new features and additions to the app. The Localization community translates everything into other languages (56 so far). The Partners community helps establish working relationships and collaborations with a municipality’s public and private sector. And lastly, there’s Carpool, a newer feature that has only been available in the U.S., Mexico, Brazil and Israel over the last three years. 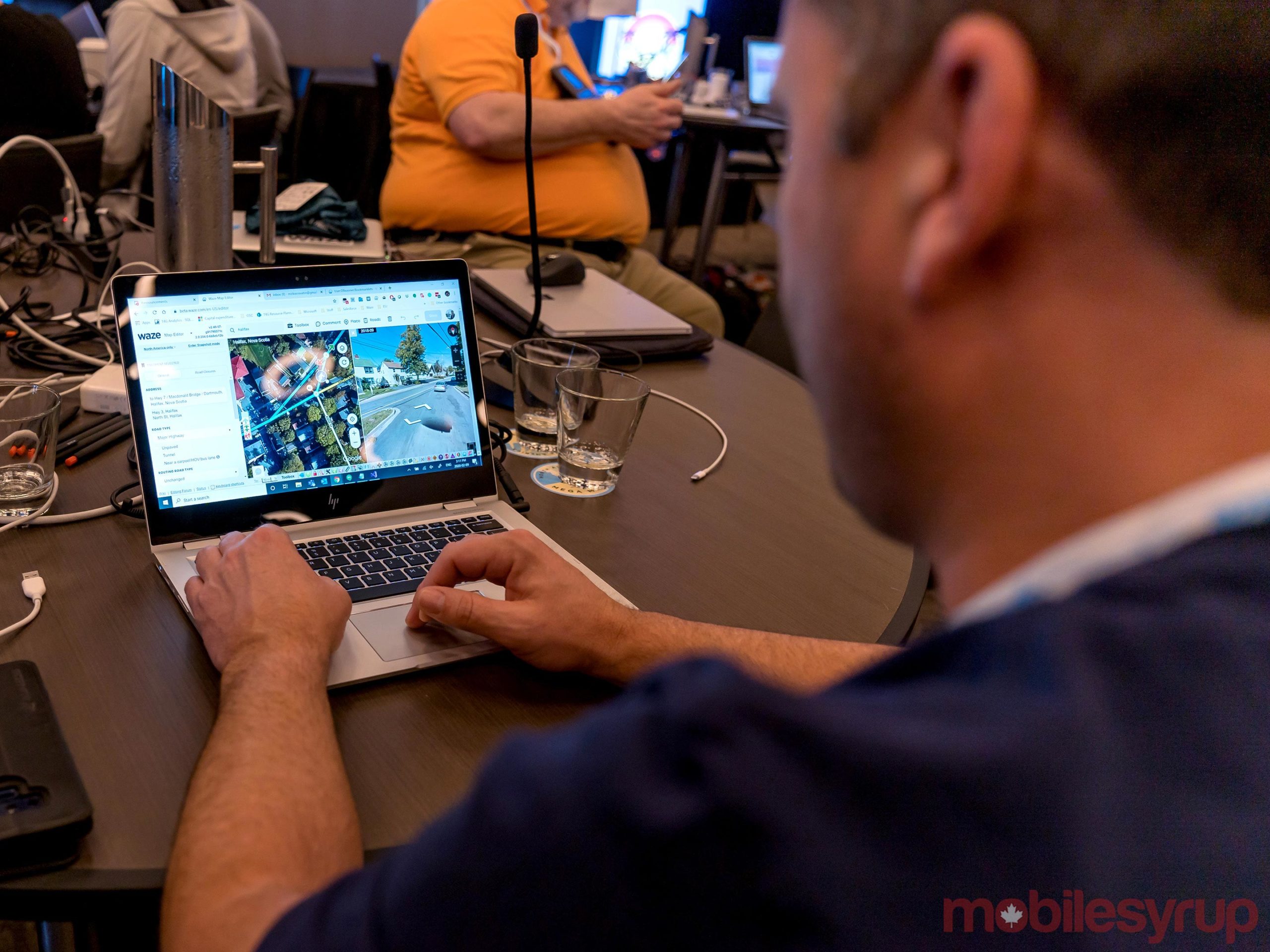 Within these communities lies a hierarchy of seniority not unlike a graduated system of promotion. There are six levels of editors, including “area managers” looking after an entire province or state. Then there are local and global “champs,” editors above level six who achieve this status by way of a nomination and vote. This all happens within the communities, so Waze doesn’t bestow a title or promote anyone on its own.

While they did get to enjoy a weekend getaway in a posh Miami hotel in the city’s Brickell district, Waze doesn’t pay any of its contributors. They’re neither staff nor contract workers. Apart from the odd swag they may receive, all these editors, testers, translators and facilitators appear to be doing it out of sheer passion and altruism.

They’re also given a direct line of access — usually via email, but sometimes through Google Hangouts — to Waze executives overseeing each community. The goal is to act upon bugs and suggestions community members put forth, and Mega Meetups are a way to talk about what’s next for the app with mutual feedback.

There were 10 Canadians on hand at the Meetup, each with years of experience working on the app as editors and beta testers. Since Waze first came to Canada just over a decade ago, 10,000 people in the country have edited a map at least once. There are currently 1,500 active editors nationwide, plus 405 beta testers.

What started out as a curious indulgence turned into a major undertaking for all three men. They met and became friends by learning to use Waze’s editing and beta testing tools. Each of their paths began with mapping problems begging for a fix, and when Waze advertised its desire for volunteers to help map Canadian roads, they went for it. At his peak, Mushaluk was working as a paramedic during the day and editing for five hours per night afterward.

“None of us got into editing to make friends, but connecting with the community is something that I’ve been personally working on,” says Mushaluk. “(Aravinthan and Royal) really work well with those skills, and it helps when making contact with municipal authorities who have worked with Waze editors to improve map accuracy, like I have.” 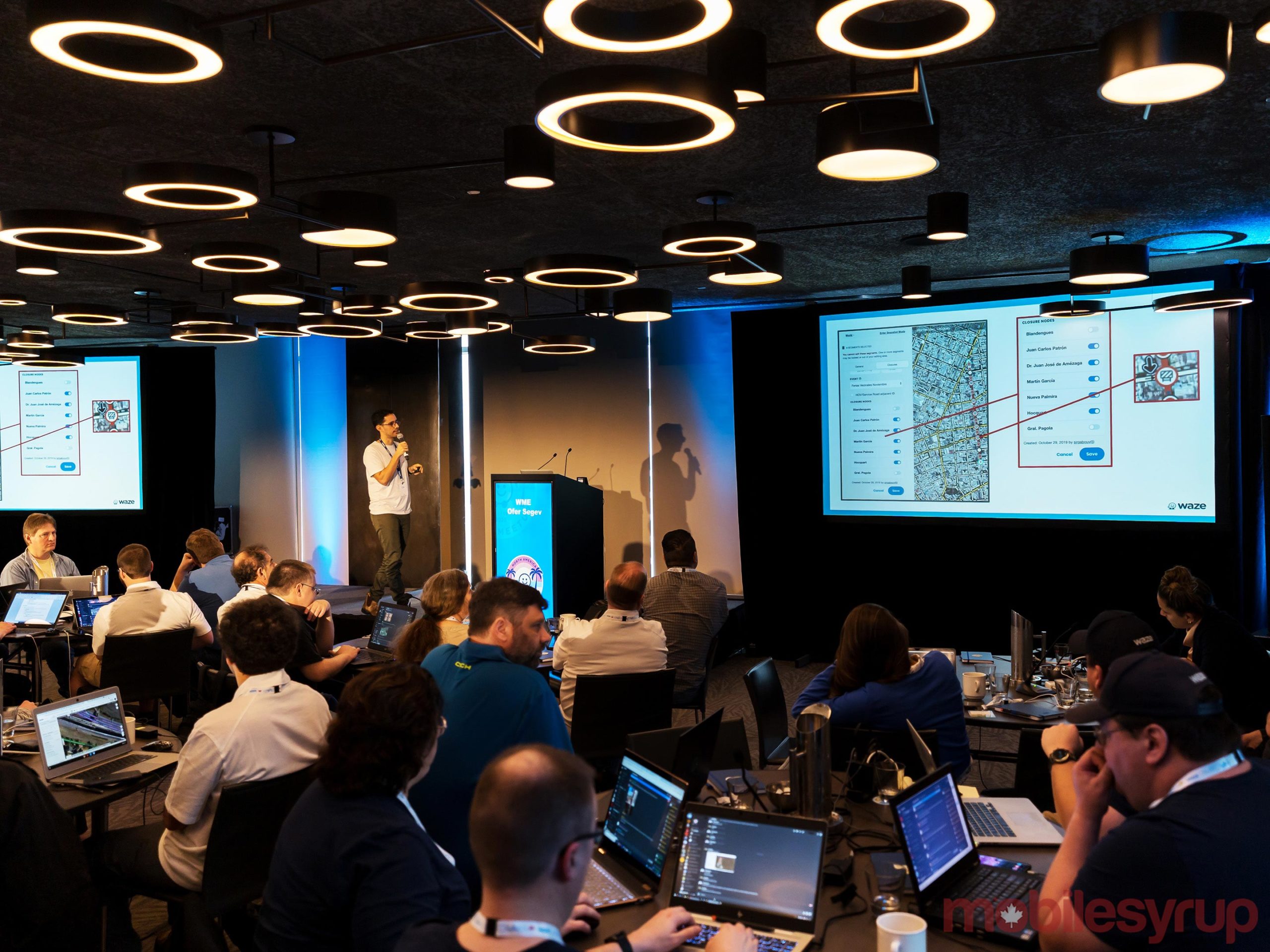 That sort of collaboration is growing in major Canadian cities, according to all three men. It also includes public-private sector cases, like the 407 ETR toll highway in the Greater Toronto Area. Aravinthan says editors like him are often tipped off in advance as to when lane or ramp closures are set to begin and end for real-time updating. The same can be true of toll-free highways.

“We do have a point of contact at the Ontario Ministry of Transportation (MTO) and when they updated the speed limit on certain highways to 110 km/h, we wanted to know the exact points where it started and ended,” says Aravinthan. “But it wasn’t updated on the Highway Traffic Act, and we only try to add things that are enforceable, so after a back-and-forth, it was updated the following day and we had it in the map.”

Royal was a student in Montreal working at the Ministry of Transportation for Quebec when he first started editing in 2014, realizing that information he had in press releases could serve drivers well if plugged into Waze’s maps. “I was just looking for a way to use the data that I had, so that’s how I managed to get in touch with other editors in Montreal and got involved in the community,” says Royal.

The irony was that everyday people were making connections with government entities before Waze staff did. While that wasn’t the case all the time, the community played an important role in Canada. The same has been true of adding features and tools that Waze users also demanded.

Arguably the most impactful in recent memory was including estimated costs for taking toll roads and integrating Google Assistant into the app (which is still not available in Canada). Both features were coveted by Wazers of all stripes, and reportedly a dominant fixture at Waze meetups throughout 2018-19.

At this meeting, the discussion largely centred around technical points related to road closures, though more specifically, on large events, be they organized events or crises. The NFL’s Super Bowl, which had just taken place in Miami the weekend before, is one example where road closures can be fluid. Impending natural disasters are another, much like Hurricane Dorian, for example.

“If one major roadway gets clogged with traffic, they need a backup solution, so we can push new routing in instantaneously because we already know what their plans are,” says Stav Salomon Sapir, Waze’s Localization Manager. “The map editors are super instrumental, and we’ve sometimes had cases where they sit in the police department all day during these major events helping them because they can see where the traffic is on the map.”

Dani Simons, who heads up Waze’s public sector partnerships, says the company has 1,300 data-sharing government partners across the globe. Some use the mapping data to improve traffic operations, whereas others use it to improve road safety or for flood protection in areas prone to that potentiality.

Waze regularly documents case studies pointing out how its maps help cities with traffic, but there’s also been no shortage of criticism towards the company for flooding otherwise quiet side streets with excess traffic.

The company’s Carpool feature is actually a separate app, offering the option to either be a driver or passenger. The reimbursement system is set up to compensate drivers for mileage without a for-profit element to it. All rates are set and pegged to government figures, just like they are with the Internal Revenue Service (IRS) in the U.S. It’s not clear when it will become available in Canada. 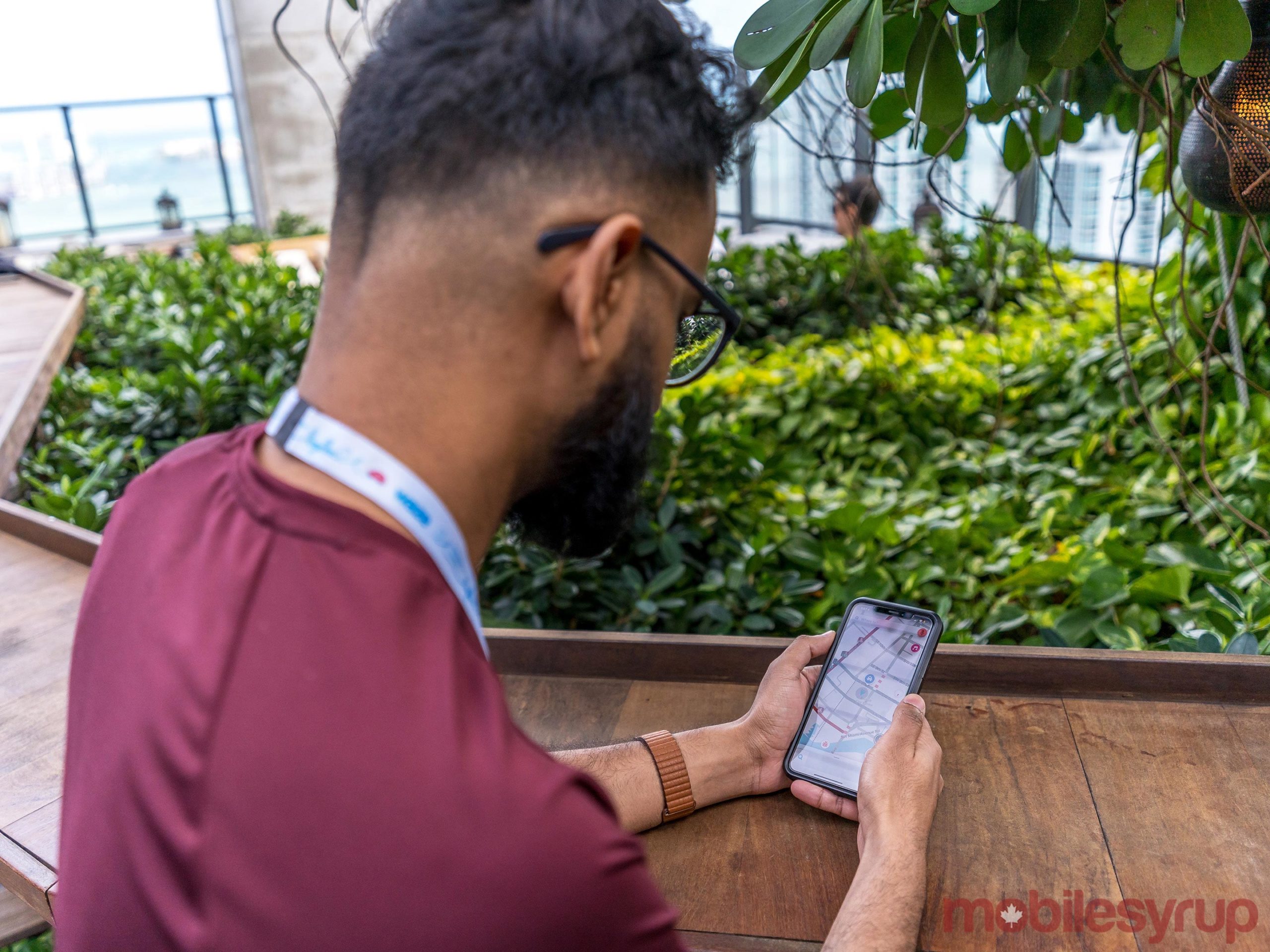 “Carpool is a powerful tool, and it’s a way to reduce the number of people driving by themselves, which reduces the overall number of cars on the road,” says Simons. “It is very important that we not only have, say, 10,000 people using it in (a big Canadian city), they also have to be concentrated in pockets so when drivers open the app, they find someone who lives or works nearby and wants to share a ride.”

Simons didn’t share specific data points on how successful it is in the countries it currently runs in, but there’s a commitment to expand it. It also has stiff competition. Uber’s Ride Pass is a monthly subscription that reduces the cost of taking an UberX or Pool trip, though Montreal is the only city in Canada currently offering it. Lyft doesn’t offer a monthly pass in the country, choosing to send Ride Passes that knock off $5-$10 per ride for a limited time.

Unlike other parts of the world, North American cities haven’t embraced congestion pricing to reduce traffic, though New York looks to be the first. The plan calls for a cordon-free zone south of 60th St. in Manhattan and is set to start in 2021.

Waze’s default voice for the app’s spoken turn-by-turn directions in Canada and the U.S. is known as “Jane.” New voices were up for a vote at the meetup, as Waze tries to bring in a little more personality to Jane’s otherwise monotonous prose.

Waze has experimented with celebrity voices, like Morgan Freeman, DJ Khaled and the Cookie Monster, and more may be in the works, though no one at Waze confirmed anyone. With the votes in, beta testers will get the chance to use them first before a final call is made to make them public.

There’s also the option to record your own voice, though it’s only in English and won’t include street names. You can also share it with friends or relatives. Nothing new was announced for that feature, either.

Rumours of Waze’s demise in favour of Google Maps appear to have been exaggerated. Google is letting it ride on its own, and more importantly, leaving the crowdsourcing element driving it firmly intact. Google Maps once allowed for map editing until that stopped in 2017.

The real question is how much more effective the app can get in routing through traffic. Gridlock is only getting worse, and solutions discussed at the meetup haven’t been fully realized yet. Waze’s entire premise is predicated on navigating people in vehicles, yet part of the focus going forward is to reduce the number of cars on the road. Tighter collaboration with public and private sector partners looks to be ramping up. 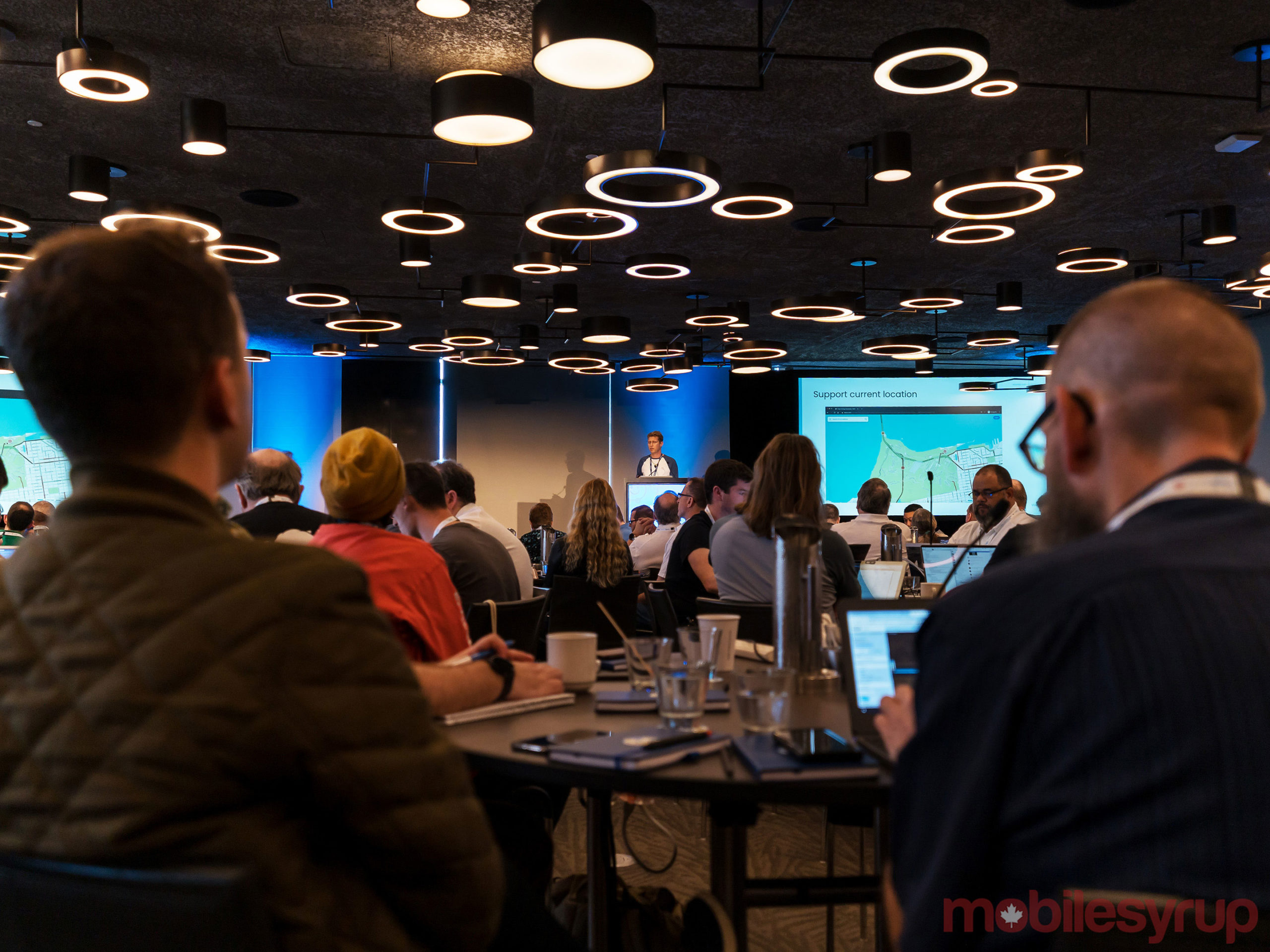 Other than advertising on the map and Google’s coffers, it’s also not clear what other revenue streams are available to it. Augmented reality (AR) is coming to the map in some form in the coming years, raising the potential for more partnerships. So is the possibility Waze could integrate payments where vehicles are involved, like at gas stations and drive-thrus, for instance.

What is evident is that Waze wouldn’t be what it is without the large number of volunteers maintaining the communities supporting its development. It’s an unusual situation that seemingly works for both sides. Then there are the drivers themselves, whose input, small as it may be on an average drive, pools together to make these two sides come together.