Not too hot, not too cold; just right 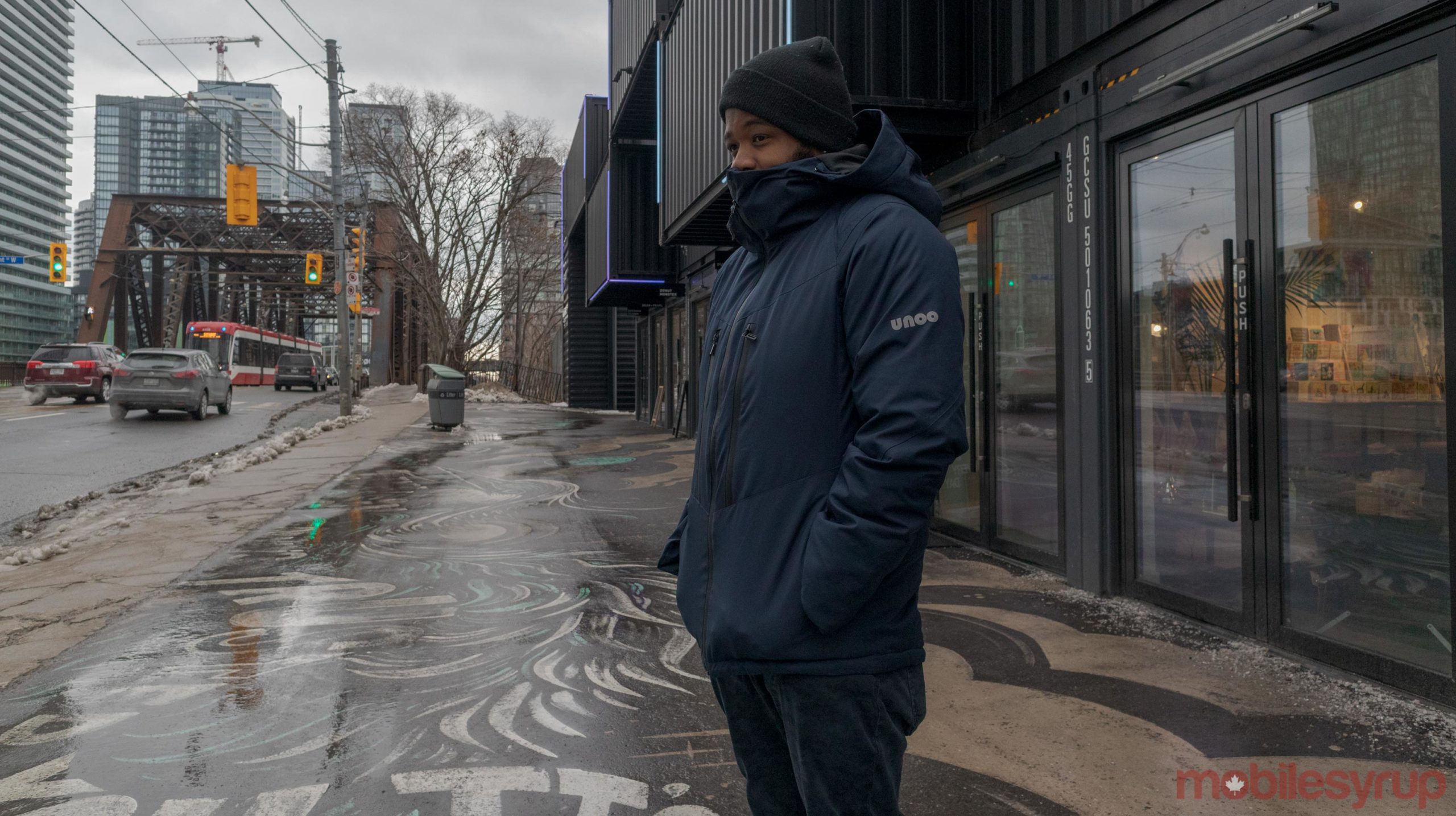 At MobileSyrup, we’re known for our in-depth reviews of smartphones and laptops, our coverage of telecom news and our love for sharing ongoing sales. However, for the past couple of weeks, I’ve been using a heated jacket made by Toronto-based Unoo.

I know heated jackets aren’t new, and the Wyne jacket is probably not even the best one out there, but, I still wanted to share my experience with this fashionable tech-advanced outerwear. 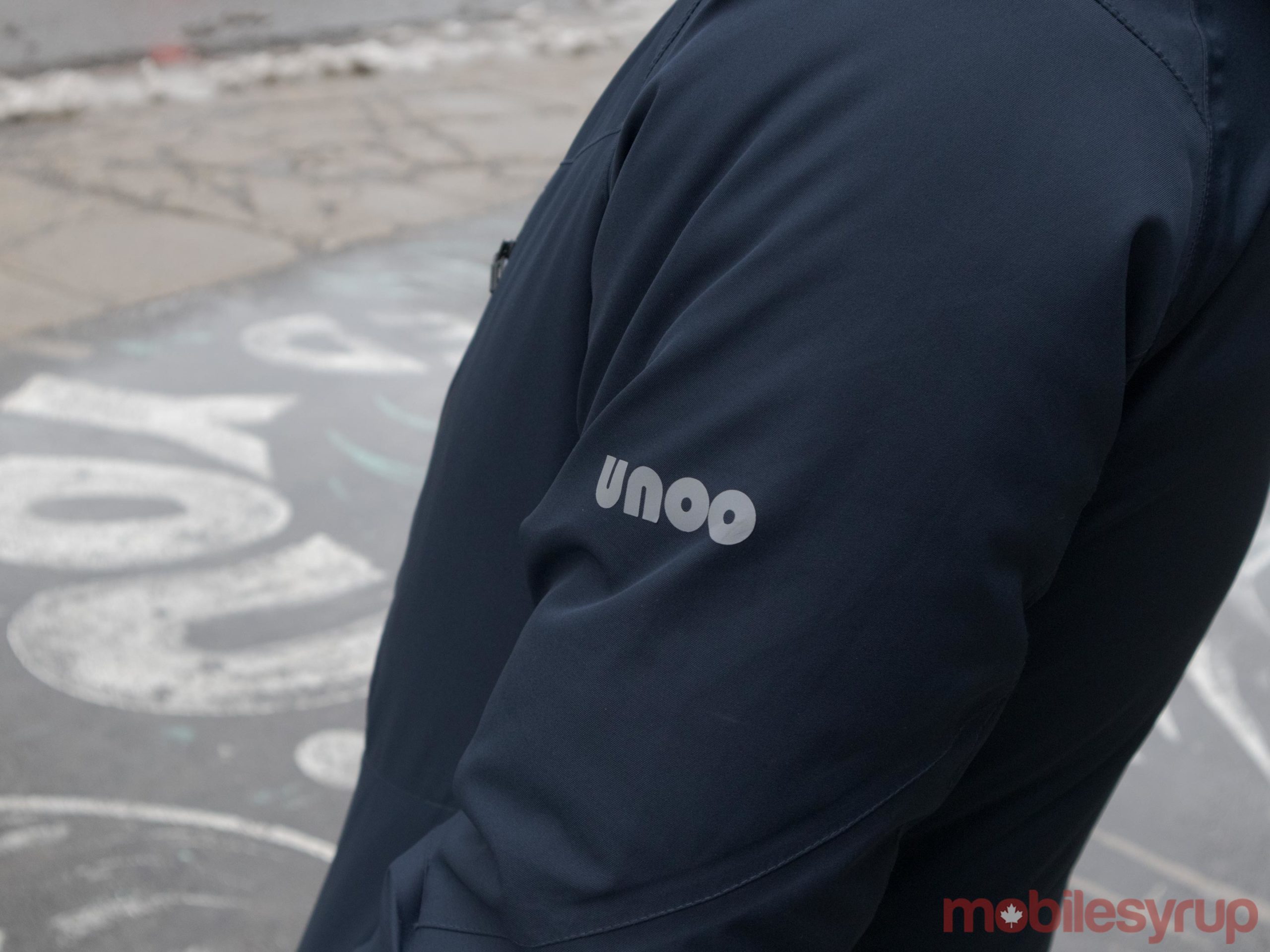 I live in Toronto, Ontario, which is far from being the coldest part of the country, but it’s still pretty chilly. I wore Wyne’s jacket throughout the end of January into mid-February and while it wasn’t the warm embrace I wanted, it still kept me from freezing and that’s what Unoo intended.

According to Simon Au, Unoo’s co-founder, the company’s goal isn’t to keep its customers warm or hot, but instead, it aims to make sure they’re “not cold.” Au said that everyone experiences temperature differently, so promising that this jacket will keep you hot or warm would be wrong, but it can keep you from getting chilly.

Unoo’s Wyne jacket has three colour-coded heat settings: white, blue and red, with red being the hottest. I liked using the hottest heat setting, and I never felt too warm when I was outside. However, Au said he preferred using the jacket on the medium (blue) setting. In the end, it really depends on personal preference

While wearing it, I experienced the ‘not-warm’ sensation Au promised. There were some situations where I thought I felt cold but would analyze what was going on and realized that only my legs and face were cold, but not my body.

My body wasn’t exactly hot; it just wasn’t cold. It’s like when you jump into a car with seat warmers on in the middle of the winter. You’re not instantly warm, but your butt isn’t cold anymore.

I typically turned the jacket on two or three minutes before I left my home because it takes a couple of minutes to heat up.

Made in China, designed in Canada, the Wyne’s heaters cover your back and shoulders. I thought the jacket would need more heating pads, but I found that the amount and their placement was sufficient.

I typically charge the jacket overnight so that I’ll have enough battery during the day when I need it. It sports a 10,000mAh Anker portable USB battery that the company promises lasts for six hours of operation at the cool setting. I only use the jacket at its hottest setting, and after about two hours, it loses more than half its battery.

I often forget to turn off the jacket, which leaves me with a dead coat, but that’s user error. That said, it would be nice if it could somehow tell I wasn’t in it and turn off automatically.

To charge it you have to remove the battery from the jacket and plug it in with a micro USB cable. The removable battery seemed weird at first, but it allows you to use other portable batteries to extend the jacket’s battery life in the future.

Using the jacket without the heat will keep you warm if it’s above minus 5 degrees Celcius, but anything below that, you’re going to be chilly. 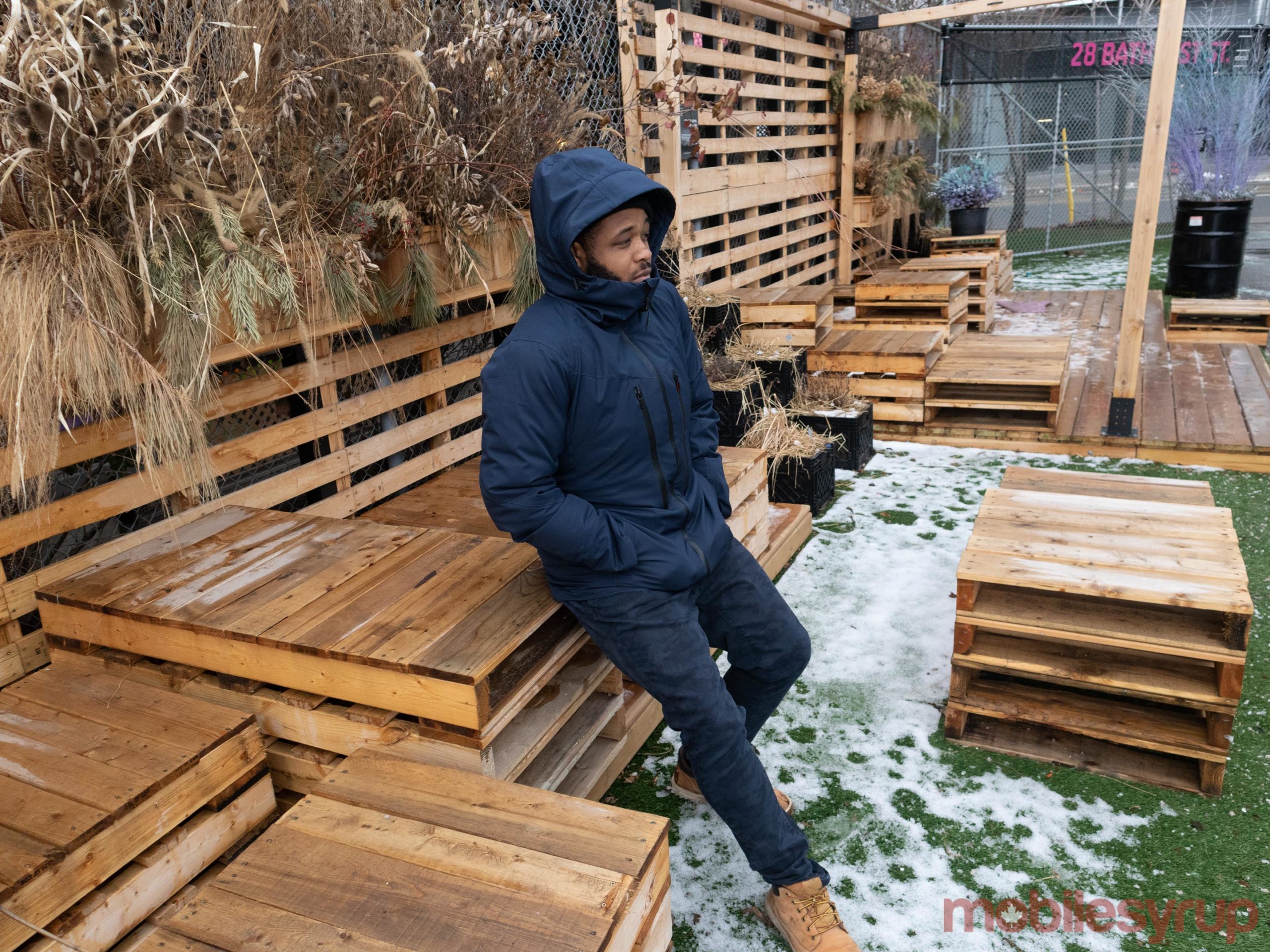 I find that some heated jackets are either too bulky, made to look like you’re hunting in a forest, or look very athletic. None of these fit my style. Unoo’s Wyne coat, on the other hand, is slim-fitting, comes in a nice shade of navy blue (there’s also a grey colouring that I don’t necessarily find appealing) and doesn’t look athletic. It takes a stylish approach but continues to push utility with its ability to heat up.

While I wish there was a black version of the coat, I liked the style a lot. 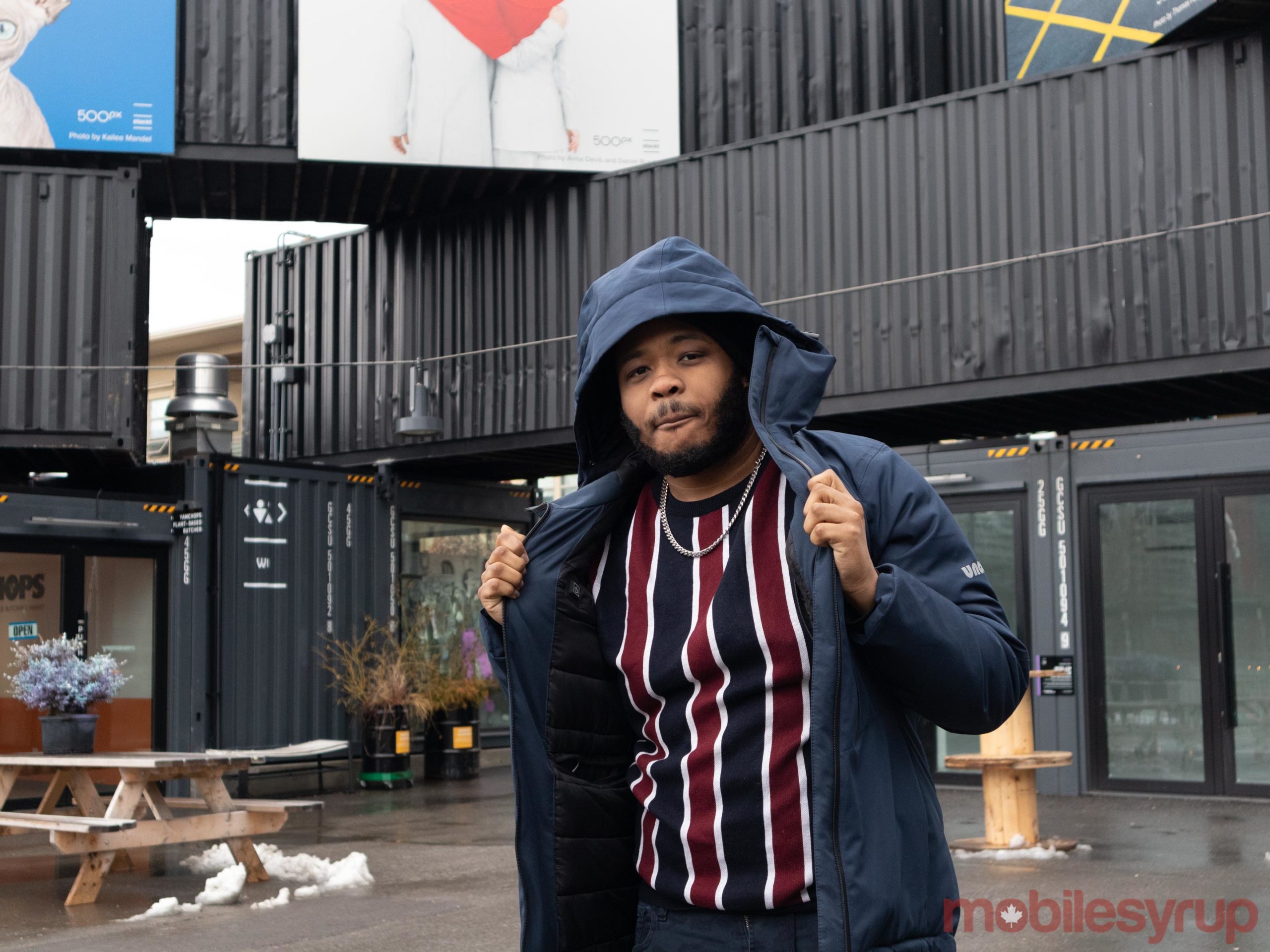 Unoo is also looking to add more smart technology to its jacket.

The company is focusing on two different fronts, including one that will bring sensors to the coat that can detect temperature, humidity and pressure. By collecting this data alongside using your phone’s gyroscope, the jacket can learn over time what the best comfort setting is for the wearer — essentially letting it turn itself on and deciding the best heat setting.

On the other front, Unoo is looking into is to make the jacket even lighter and warmer with space inspired insulation.

Unoo doesn’t currently have a timeframe for when these new jackets will come to market.