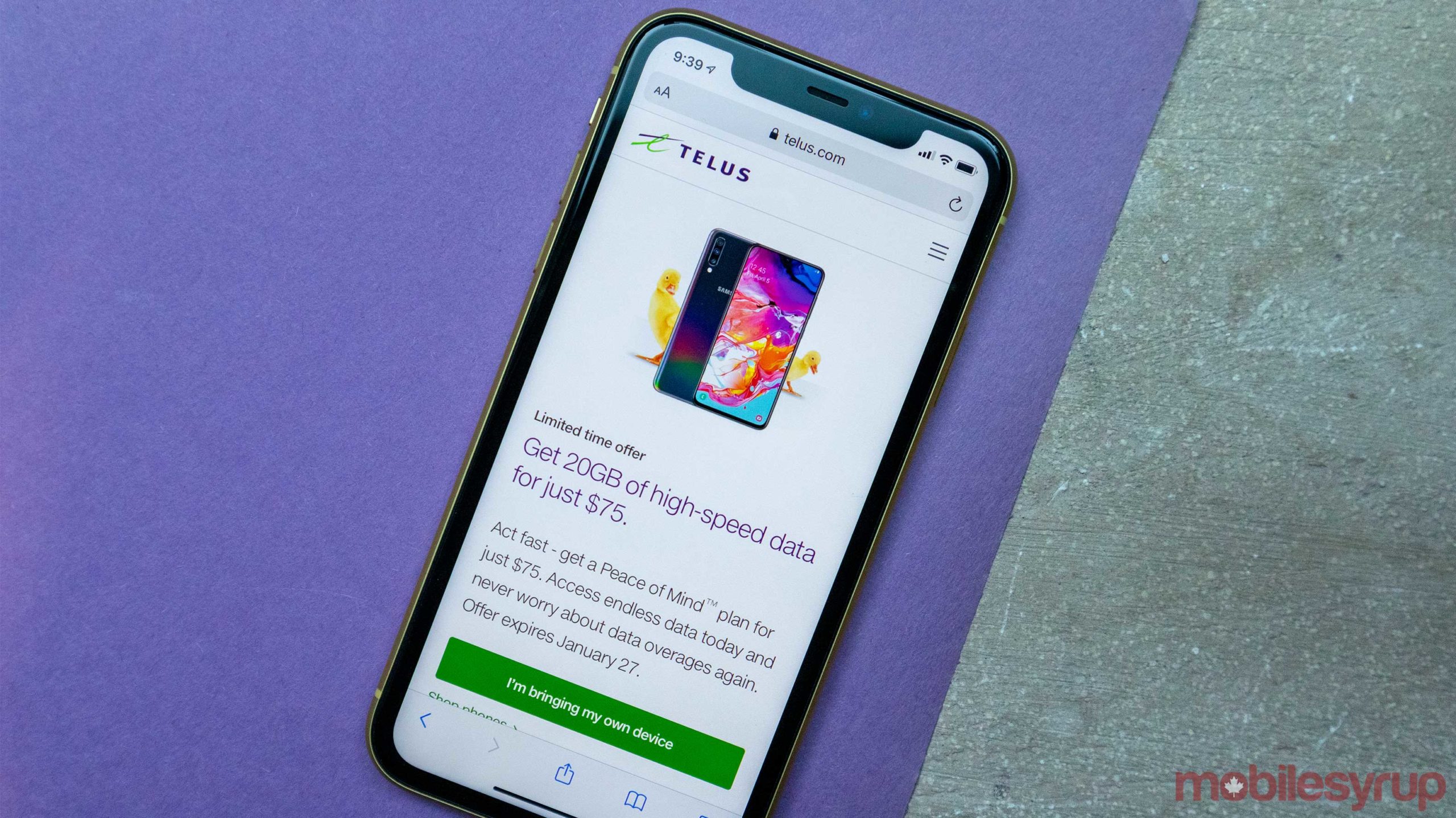 Shortly after shuttering its pre-existing 20GB unlimited plan for $75 CAD, Telus is back for more with the same plan being offered until January 27th.

Telus’ revamped version of the plan is the same as the previous iteration. It includes 20GB of unlimited data throttled down to 512Kbps after you use the 20GB of full-speed data.

Usually, the $75 plan from Telus includes 10GB of data.

The plan includes the following:

You can get the plan with any device according to our research. This includes bring your own device plans (BYOD), ‘Bring-it-back’ plans and regular contracts.

The carrier’s Peace of Mind Connect plan, which allows you to share data between other devices like a tablet and a smartwatch, costs $85 to get 20Gb of unlimited data.

Last week Telus launched an unlimited data plan with 20GB of data for $75, but it only lasted until January 21st.

Bell then came out to compete with Telus with a 20GB unlimited plan for $75.

You can view the plan for yourself on Telus’ website.