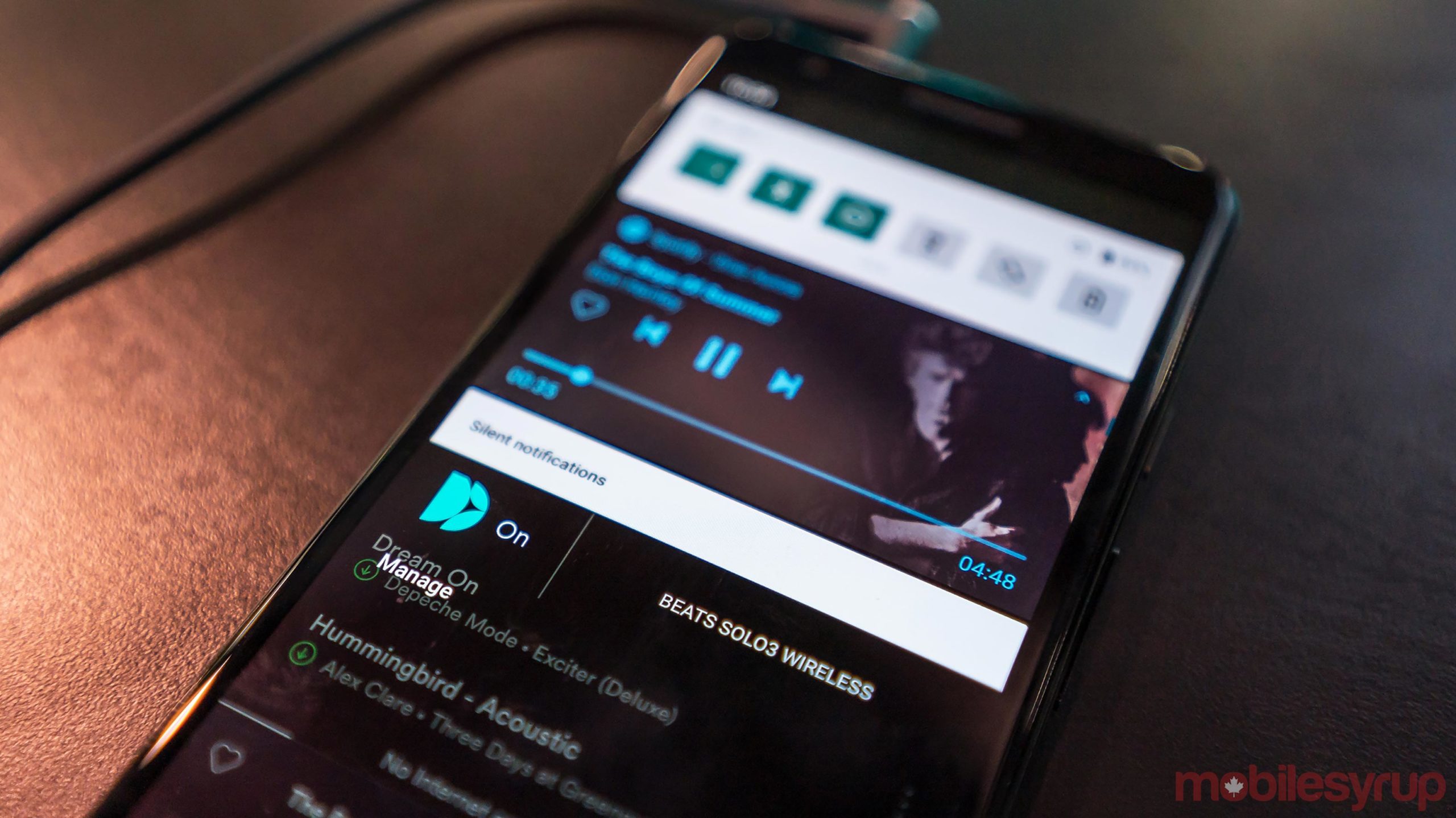 Great sound is starting to feel similar to what good image quality appeared like years ago. When the technology exists to offer better audio fidelity, some vendors are looking to give users a sonic boost, and that’s where Dirac comes in.

Hardly a household name, the Swedish brand has been a behind-the-scenes player in helping phone manufacturers improve output on their devices. The list includes known mobile manufacturers, like OnePlus, Oppo, Huawei, LG and others, plus automakers, like BMW, Bentley, Rolls Royce and Volvo.

Dirac’s premise is to improve on anything you listen to with your phone by optimizing the headphones you listen through. In other words, the boost doesn’t run through the phone, which is merely the playback device, in this case. It’s an Android app that makes headphones do the legwork, and that’s where the big caveat lies with all this. 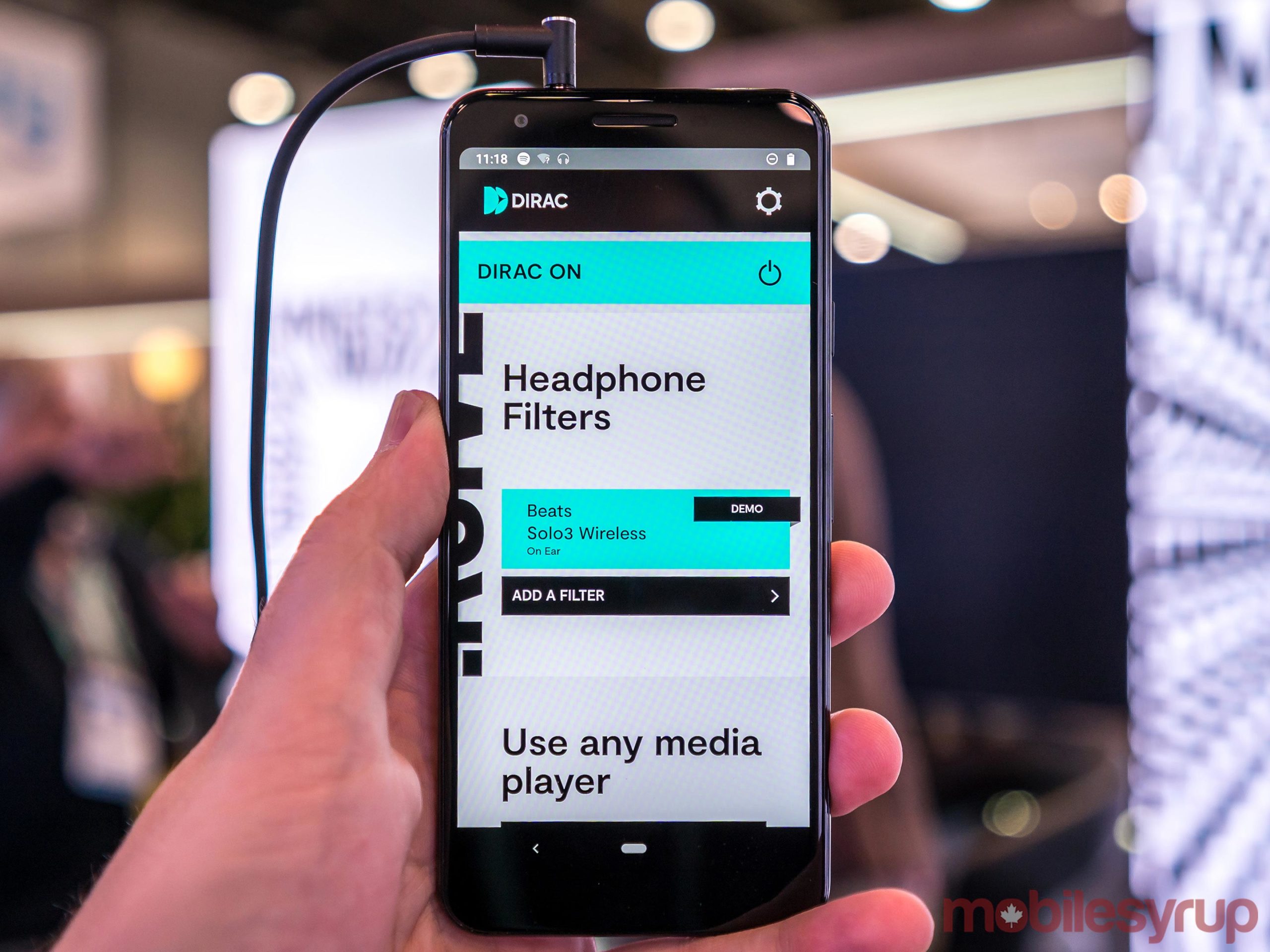 Before you go searching for the app on your Android handset, note that it hasn’t officially launched yet. But the demo I went through at CES 2020 gave me plenty to ask about.

Here’s how it works: after downloading the app, it presents a list of headphones compatible with it. These are headphone models that have been tuned to work with the company’s audio engineering to bring out better sound. Any headphones not on that list are ineligible to take advantage of the additional detail.

Swipe down the notification pane from the top and a Dirac button appears, which acts as an on/off button. Toggling that is an easy indicator over how much of a difference the specialized tuning delivers to whatever is playing. Since the effect is tied to the headphones, it applies to music files, streaming music services, video streaming services, and just about anything else you watch or listen to on your phone.

This is different from how 360 or holographic audio works, where your ears and face are mapped in an app to create a custom profile that literally tunes sound to your own ears. While there may be set profiles for headphones in those cases, the effect is designed to simulate surround sound the way speakers do. Here, the effect is simply about pulling out more detail from compressed stereo tracks. 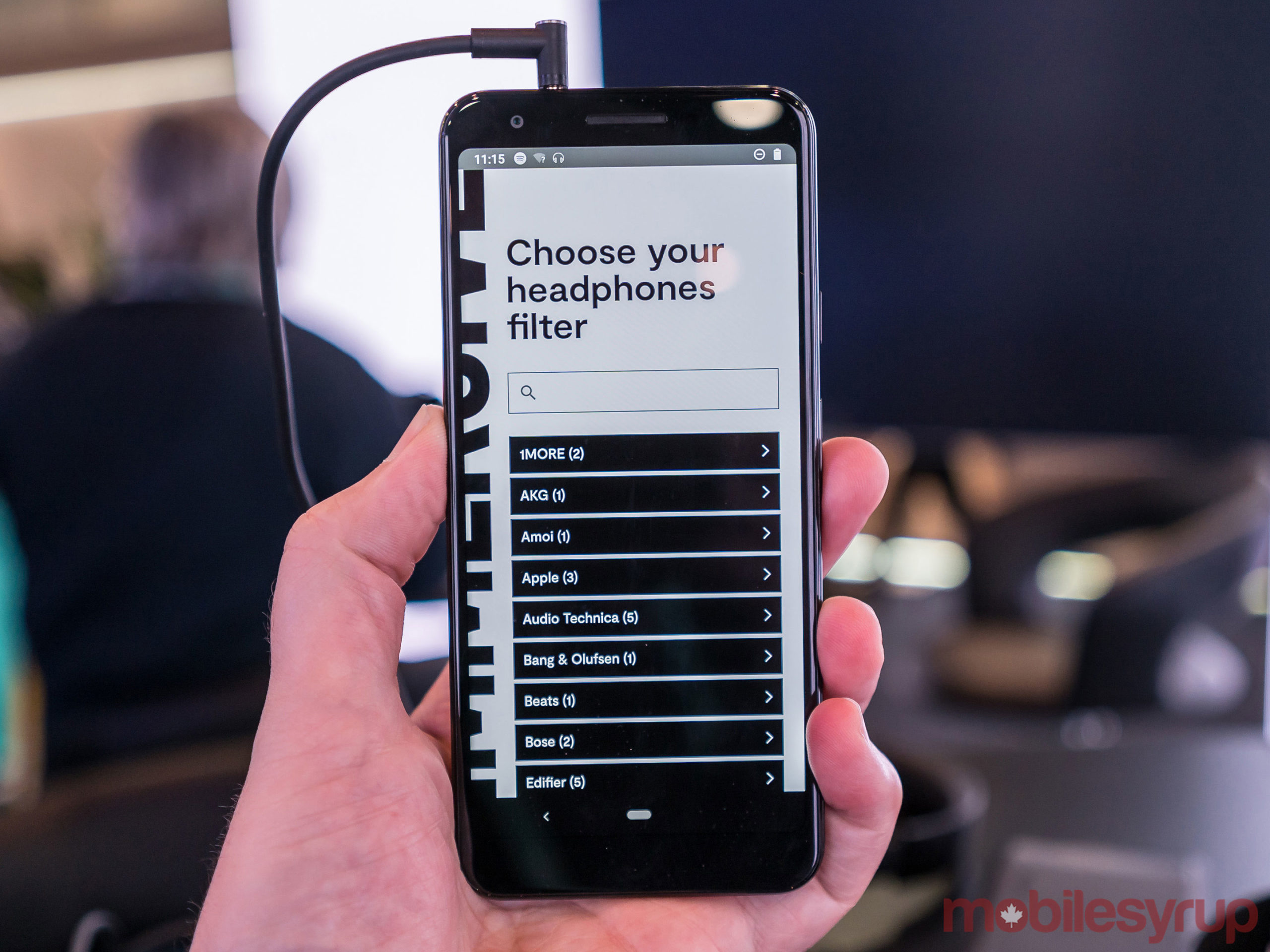 I listened to a few songs on a pair of Beats headphones, and immediately noticed the impact. The warmer soundstage was punctuated by thicker bass and resonant vocals that brought the songs to life in ways that weren’t possible with the existing tools in the phone or headphones.

It reminded me of previous apps, like Bongiovi DPS and Radsone, that did the same thing for MP3s and other stored music files on the iPhone. Those were never designed to work with streaming services, and have since disappeared from app stores. Those worked with a dedicated button to toggle the effect on and off, and also offered equalizers (EQs) to customize sound further.

The audible enhancement in those apps was obvious years ago, as it was this time around with Dirac as well. Clearer and less muddy is the best way I can describe it. It even sounds louder because of it. The fact that Spotify, Amazon Music, Google Play Music, YouTube and any other music service sound that good is like getting an upgraded tier without the upfront cost.

Where to find it 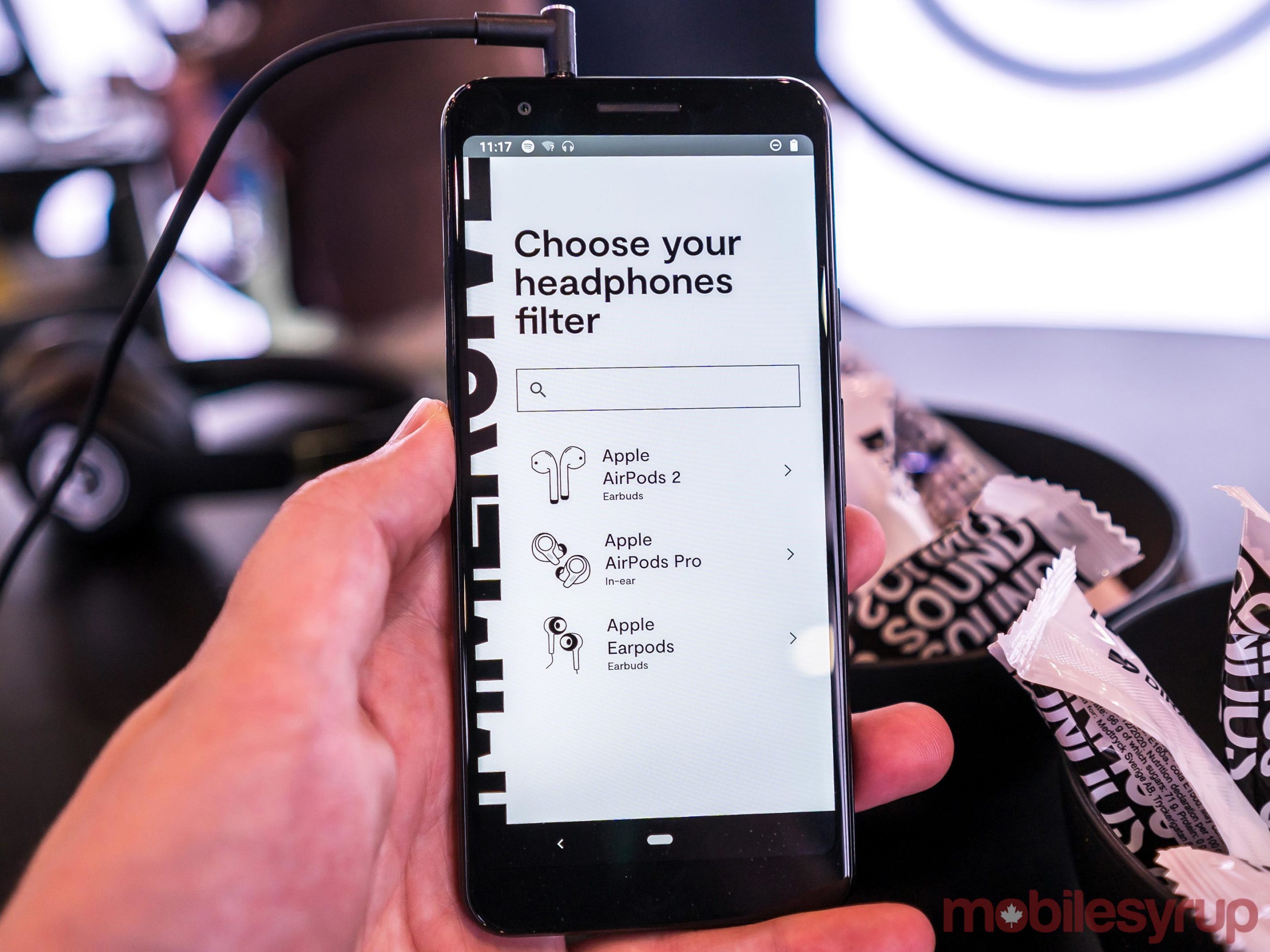 Dirac expects to launch the app within the first half of this year. A public beta is offering early access to help flesh out the final release. In the meantime, reps told me more headphones will be added to the current list to reach a goal of between 80-100 by the time it comes out. As is, the current list includes all three versions of the Apple AirPods, along with a smattering of models from Sony, Sennheiser, Bose and various others.

Anything not on that list isn’t going to do anything, and there is no generic profile one can use with any headphones to at least get something. Nor is there any way to adjust the effect to begin with. What you hear is what you get.

The company is looking to make deals with phone manufacturers and streaming services to integrate its software, so that it works natively, rather than as a standalone app. Reps did say the app I saw isn’t the final version, and the overall offering could be more varied, without elaborating. Dirac is set to sign its first partnership with another brand in the next few months.

An alternative is already available as a beta in SonarWorks. It aims to do the same thing, only it offers more flexibility and customization than Dirac currently does. It’s available as a free download on iOS and Android, and also has a desktop app.

The HiBy audio player is a budget device for audiophiles