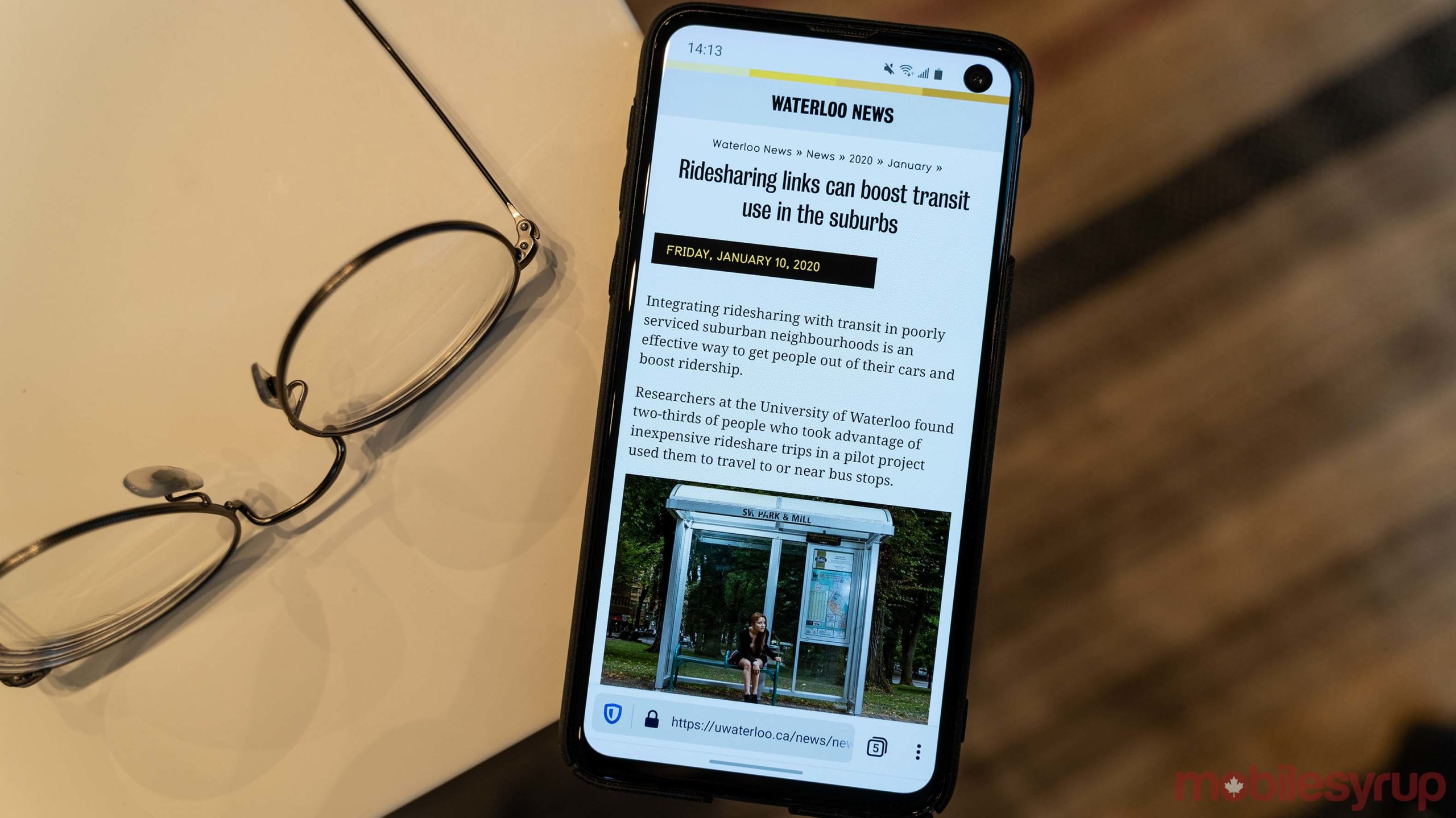 According to a new study from the University of Waterloo, integrating ridesharing into public transit systems could encourage people to use transit more often.

In a six-month pilot study conducted by the university in low-density, suburban area of Waterloo that was largely dependent on cars and with infrequent bus service and low transit ridership, two-thirds of people used rideshare to travel to or near bus stops. The university designated dozens of virtual ridesharing stops within the pilot area and ensured that almost all residents lived within 400m (about a five-minute walk) of a stop.

Then, it offered residents RideCo ridesharing trips within the pilot area for the same cost as bus trips. Further, users got free transfers to Grand River Transit, the regional transit system that operates in Waterloo.

The study showed that 65 percent of the almost 600 users who participated took the subsidized service to a location near a bus stop. Further, only a small percentage of users didn’t travel to the nearest bus stop, which was the goal of the initiative.

Researchers noted that about one in five trips went from one transit stop to another, suggesting some users were manipulating the project to bypass the bus altogether.

Engineering PhD student Jacob Terry, who led the study, plans to explore adjustments, such as limiting the distance of rideshare trips or creating zones and restricting rides so they can’t go to a different zone. Terry hopes these adjustments can solve the issue of users manipulating the system to bypass the bus.

Chris Bachmann, a professor of civil and environmental engineering at Waterloo, said that when designing systems like this, one must be mindful of how people will behave and respond to the system, and that’s the challenge of the next step.

“The pilot demonstrated that integrating ridesharing with transit can work,” Bachmann said in an email release from the university. “The challenge now is designing an integrated system to make it work as well as possible.”

The end goal of integrating ridesharing with transit is to make transit more convenient and less expensive, especially in neighbourhoods where providing better, more frequent bus service is cost-prohibitive.

Researchers are set to present a paper on their work at the annual Transportation Research Board meeting held in Washington D.C. next week.