Say hello to the 'PlayStation car' 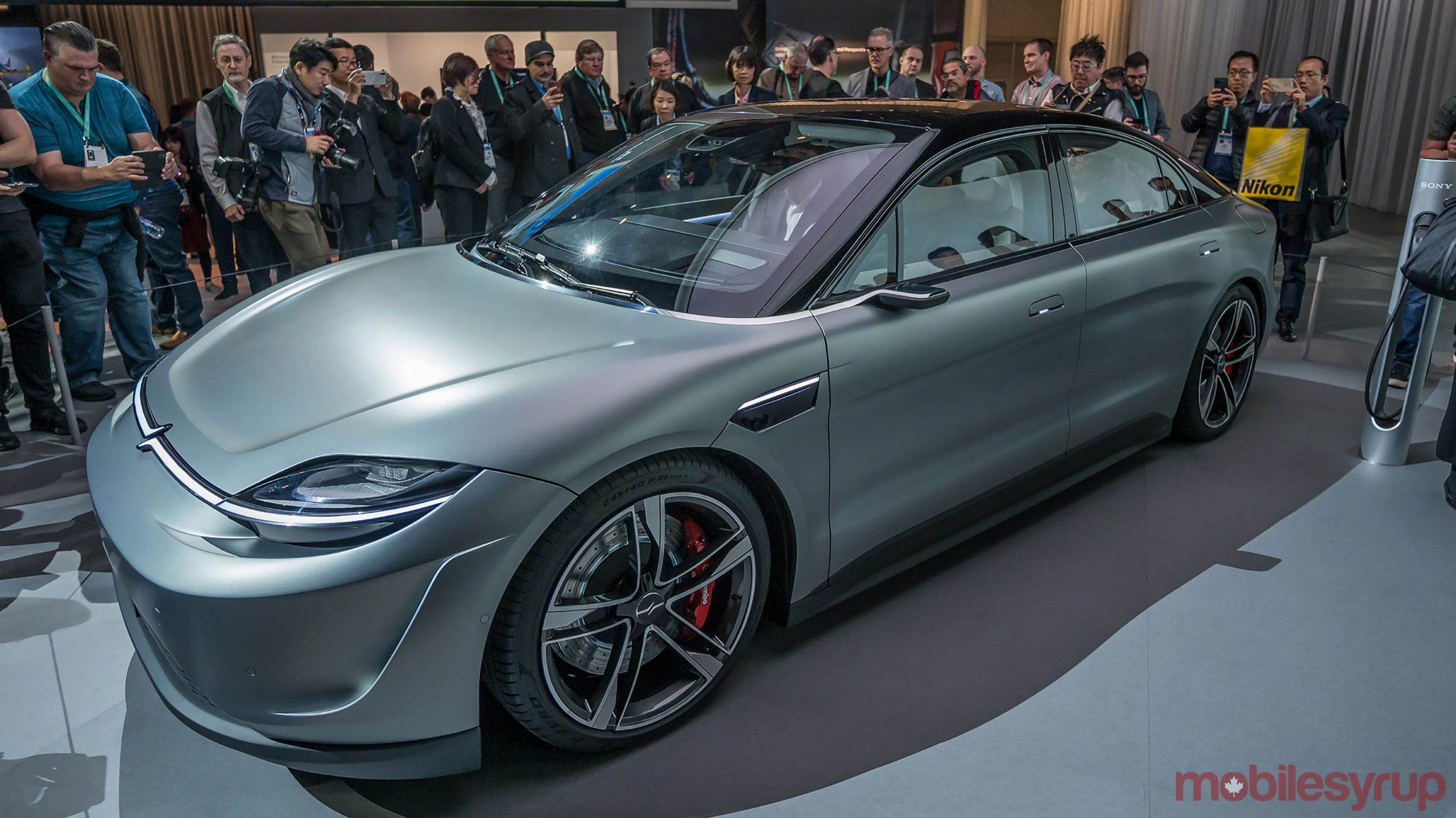 For years, rumours swirled about Apple working on its own vehicle, bu no conceptual model was ever made public. Sony surprised many when it unveiled its own take on a car by showcasing the Vision-S at CES.

The question is, why? Why would Sony bother to make a vehicle, and what are the company’s plans going forward with this unusual move?

The biggest driver (no pun intended) is the company’s sensory technology that it’s been developing in its imaging business over the last decade. Its success in the camera market has played a role in entering the automotive space and dabbling into what it might be able to achieve by going there.

Don’t expect this ride to be available anytime soon. The Vision-S is just a concept. But it is a fully-functioning electric (EV) sedan that has been on the road, and is destined for more testing, which I’ll touch on later.

It’s also not based on a shell or chassis from an existing vehicle, courtesy of an automaker. Nor are there any partnerships or co-development projects with automakers to do this. Sony built the car from the ground up, designing it in its own image to accommodate the technology it crammed inside.

Unfortunately, I wasn’t able to actually get in and see it while sitting in the cabin, but I did check it out from the outside, and got the details on what the vehicle offers. 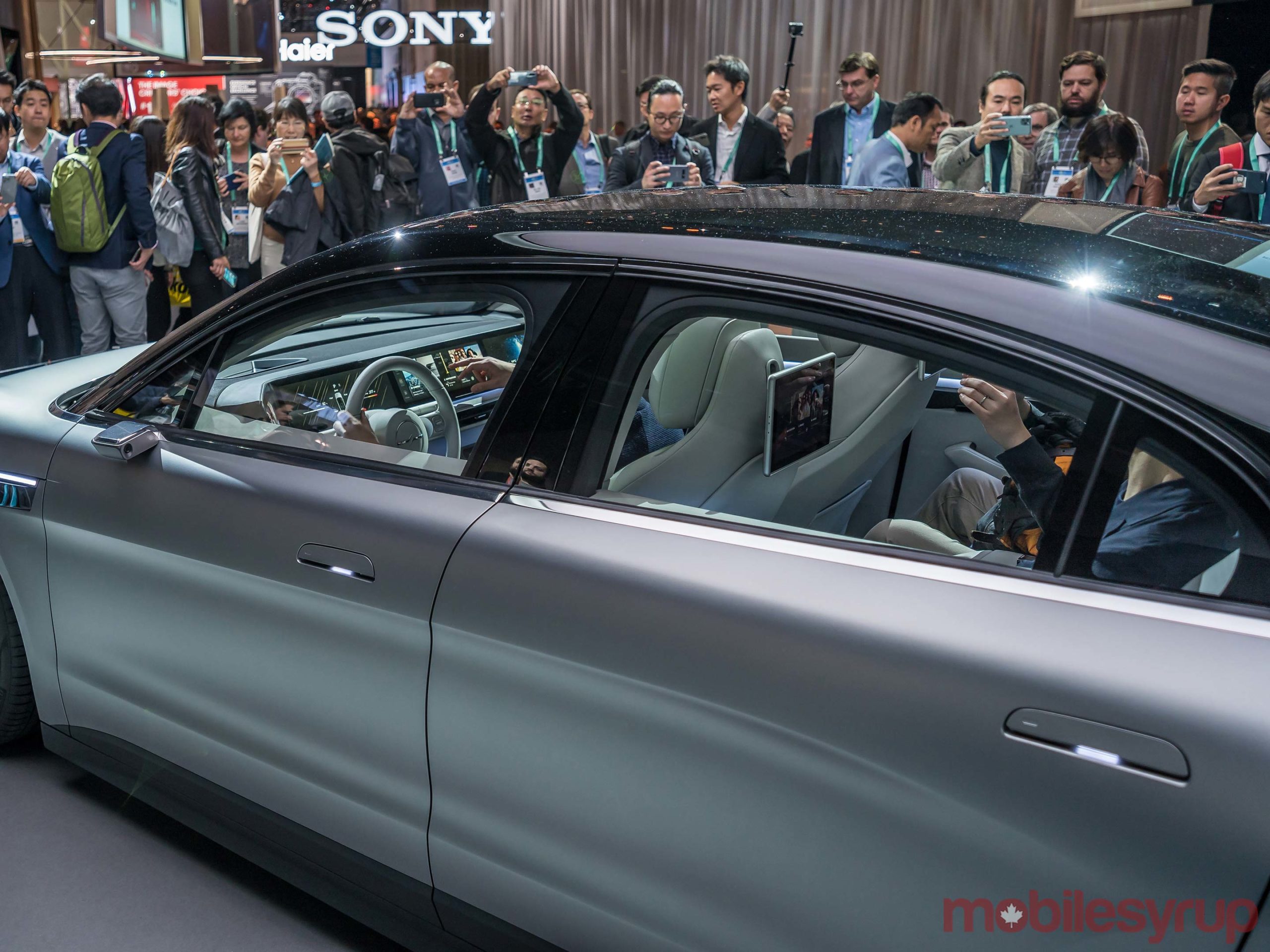 There are a total of 33 sensors on the inside and outside. It’s a combination of LIDAR cameras and ultrasonic sensors that keep track of what’s in front of you and further ahead, plus all around the exterior of the car. The inside of the car has time-of-flight (ToF) sensors that know when you enter the car and set up your preferred seat position and audio settings based on facial recognition. Infotainment features would be customized to the driver’s preferences, and if your partner got in the vehicle, the car would adjust for them as well.

Because it’s an EV, it would take 15-20 minutes to charge, so Sony put in a full panoramic screen in the front that is interactive between drivers and passengers. It would have 5G connectivity, enabling those sitting inside to view content, like movies, online video and more. One of the integrations the company spoke to was using the front and back camera system to record footage, overlay it with music, and then upload it to friends and family in the vehicle, or even for passengers in the back.

Not surprisingly, Sony also incorporated its 360 audio technology that is available on certain headphones and high-res streaming services (Tidal and Deezer, for instance), giving the sound inside an audible boost.

Sony already supplies some automakers and Tier 1 brands with its sensors and cameras, but this is the first time the company has attempted to amalgamate its various technologies into an actual vehicle.

Sony is confident it has the right stuff to go further. With autonomous driving, onboard computers and sensors will need to process and act on something on the road in nanoseconds. Current systems, though certainly not fully-autonomous yet, still need time to detect, process and send it to the car’s computer. Sony says its sensors and electronics can do this in real-time. 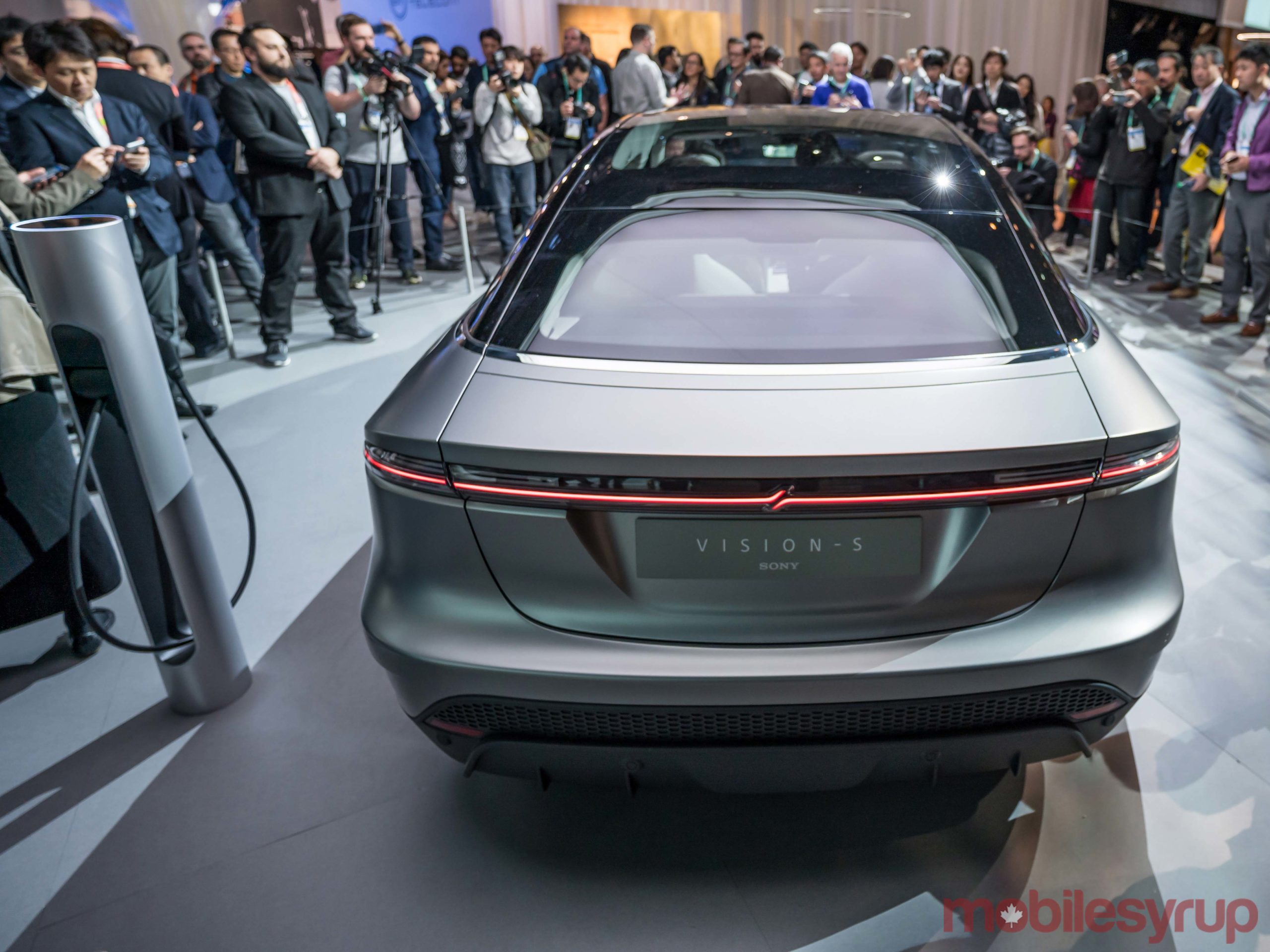 More on-road testing is coming for the Vision-S in 2020, Sony reps say. It has interesting specs, and appears, at least on paper, to be a viable product. There appears to be a commitment beyond road testing to continue developing holistic vehicle tech, like what was on display here. The platform is also modular, meaning Sony could conceivably build a larger vehicle, like an SUV, if it chooses to do so.

There are no plans to pursue actual cars as a new venture for the company, but what is clear is that Sony wants to ramp up its presence in the automotive space. We’ll have to see what comes out of this as the year goes on.