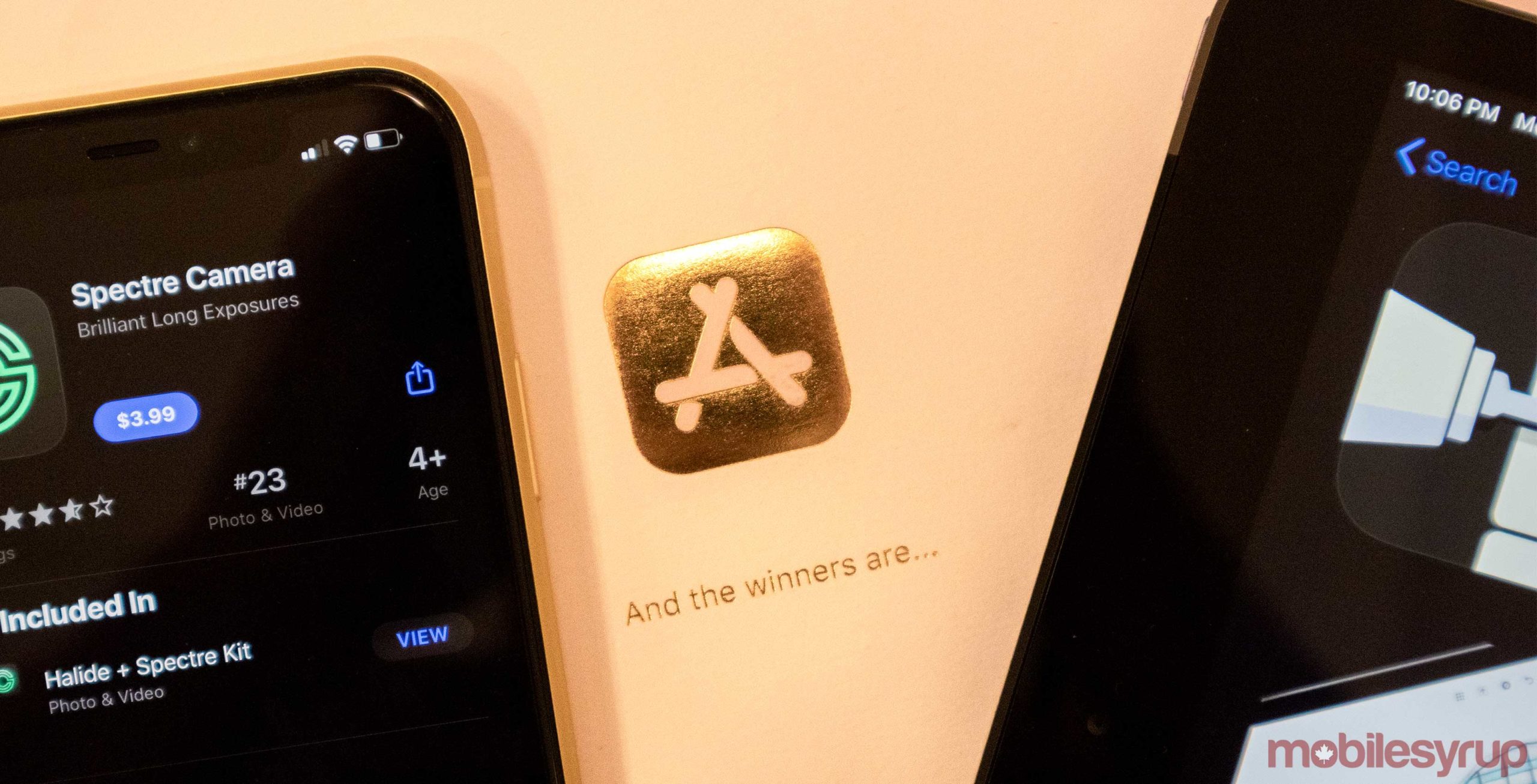 As 2019 comes to a close Apple has highlighted some of its favourite apps that have become available on its many platforms throughout the year.

Beyond shining a spotlight on just a handful of apps, the tech giant also recapped trends from both the App Store and the world of gaming that were pervasive in 2019.

For apps, the Cupertino, California-based company chose to highlight apps that fit within the trend of ‘Storytelling simplified.’ This includes things like Toronto’s social storytelling powerhouse Wattpad, the podcast creation studio in your pocket Anchor, and a handful of others.

When choosing the best apps of the year Apple took lots of things into account, but the vibe I got was the company based most of its choice on the merit of the app.

Much like Canada’s Polaris Prize in music, the programs weren’t chosen purely based on popularity or sales numbers. Instead, Apple chose them based on their ability to make a task easier to do, featured a good design and left a lasting impact on the user.

When it comes down to it, apps fitting into the yearlong trend of simplified storytelling also helped set these four apps above the rest. 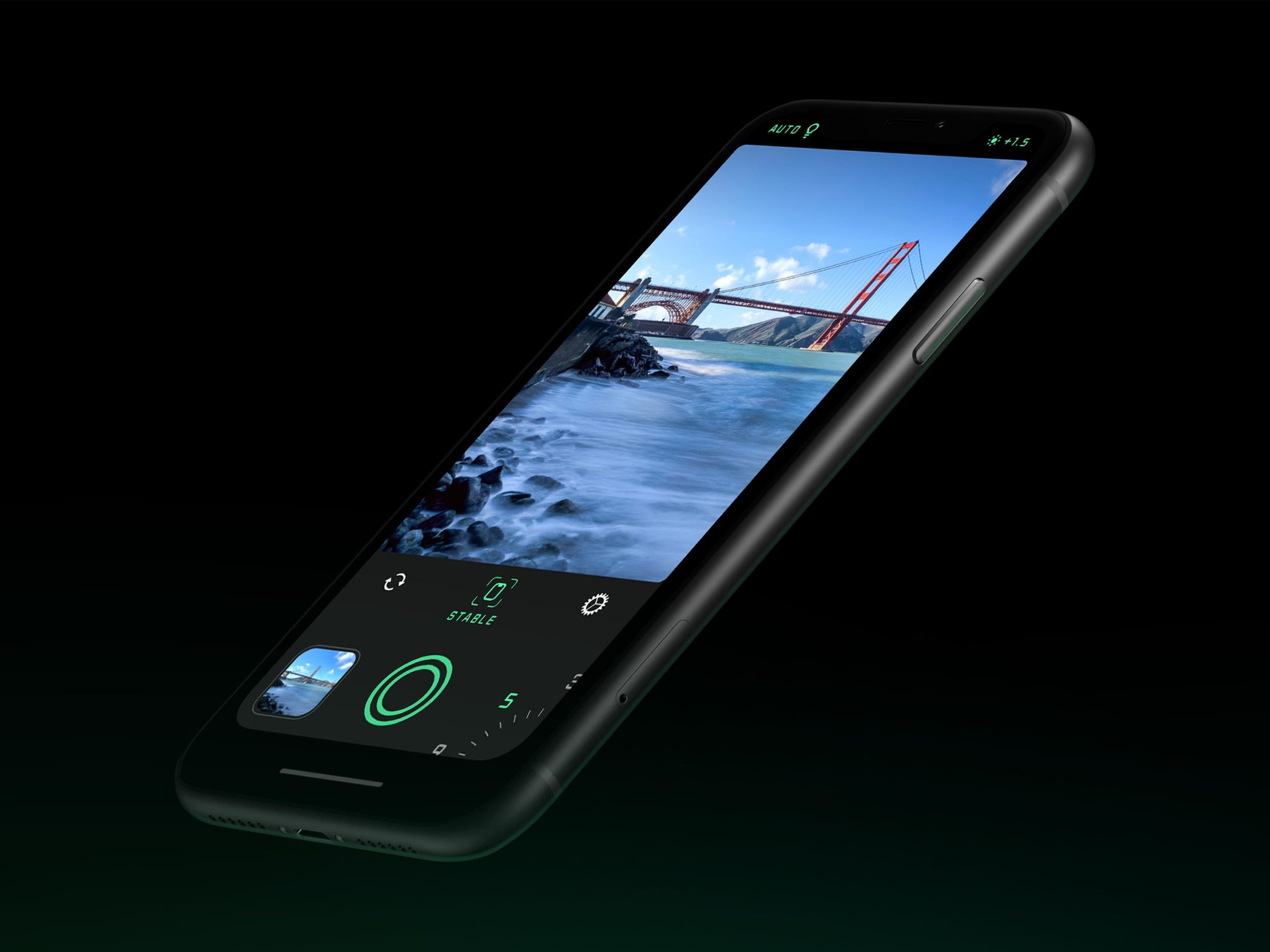 Apple’s number one iPhone app was developed by Lux Optics, the team behind the popular Halide camera app. After mastering manual photography with Halide the team has moved on to making it easier for people to take long-exposure photographs.

Spectre uses artificial intelligence (AI) to help keep your picture steady as you take it so that once the picture is taken it can transform it into something not easily accessible with an iPhone camera.

For example, you can use it to take pictures that remove all the people or other moving objects from a scene, or at night you can easily capture light trails from cars.

The app has even more tricks up its sleeve and you can download it for $3.99 on the App Store.

iPad app of the year – Flow by Moleskine 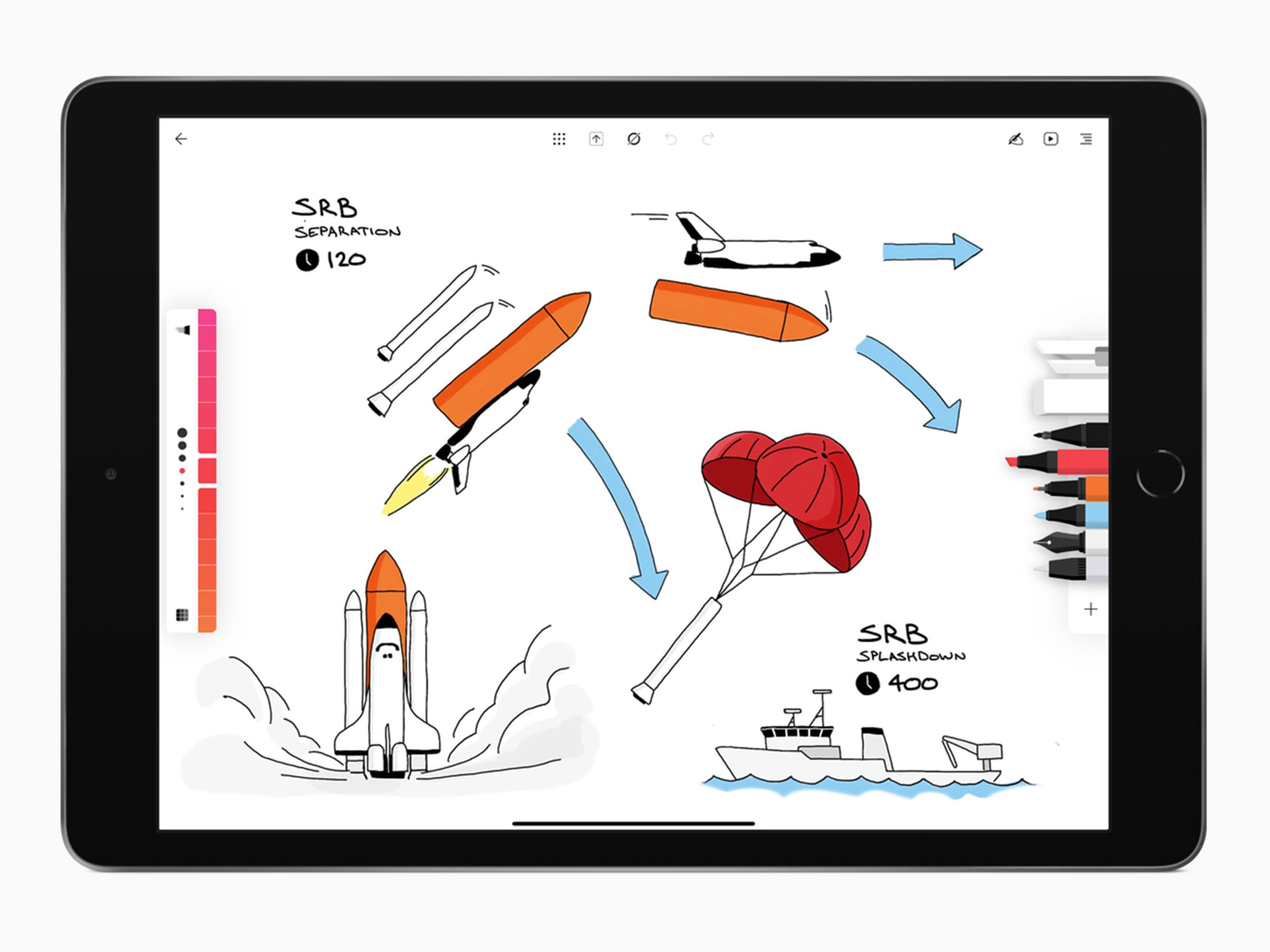 Apple’s iPad app of 2019 is all about staying in your creative flow, as long as it comes to drawing or taking notes.

Flow is the latest app from Moleskin, a company typically known for its notebooks, but has slowly but surely been making waves with its impressive suite of apps over the last few years. 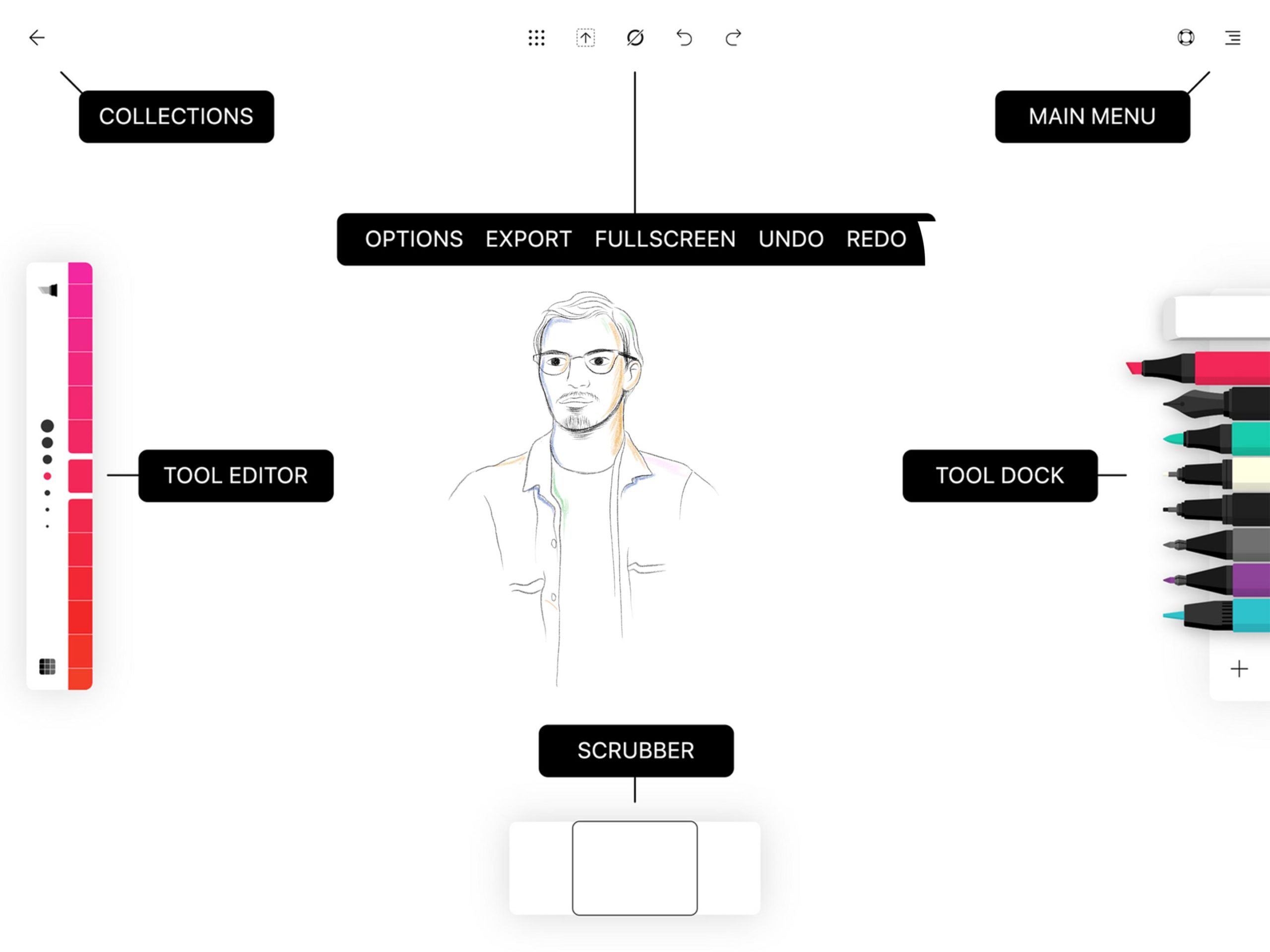 The Flow interface, plus a drawing of me made in the app at Apple’s event

This year’s standout is Flow, a digital drawing and notetaking app that really brings out the potential of the Apple Pencil. It’s also packed full of all kinds of tools like multiple types of paper, an infinite drawing space, tons of artistic tools and more.

The app was actually built by a relatively small team who all work remotely. This team also worked on Time Page and Actions, and the drawing engine software engineer Adam Darton is based in Canada.

You can download the app for free on both iOS and iPadOS.

Apple TV app of the year – The Explorers 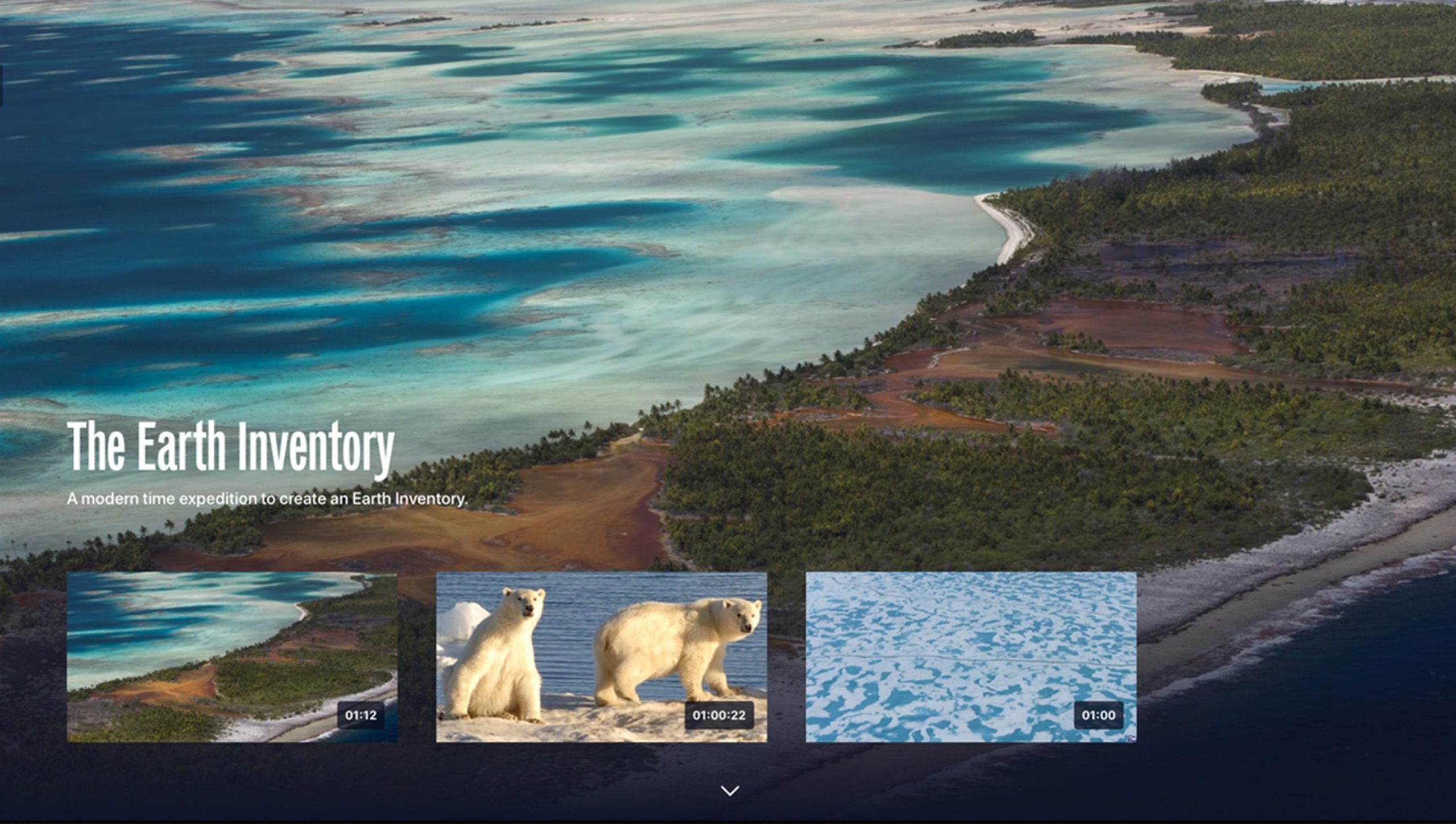 In the age of video streaming services, it takes a lot for a new service to standout. The Explorers easily stands above its peers by combining user fed content with high-quality documentaries together into one cohesive experience.

The app’s website describes it as “a team of professionals creating the Earth inventory of natural and human heritages.”

Once you dive into the app you’ll notice a set of documentaries from the Explorers team attempting to do that. Then, a second page reveals a plethora of user-uploaded content, including pictures and videos.

You can use the app for free, but if you pay $3.49 per month, you’ll get access to all the documentaries. The team aims to add five hours worth of documentary footage per month. The developers also donate 10 percent of your cost to a wildlife foundation of your choice.

The Explorers is free on Apple TV, iOS and iPadOS. 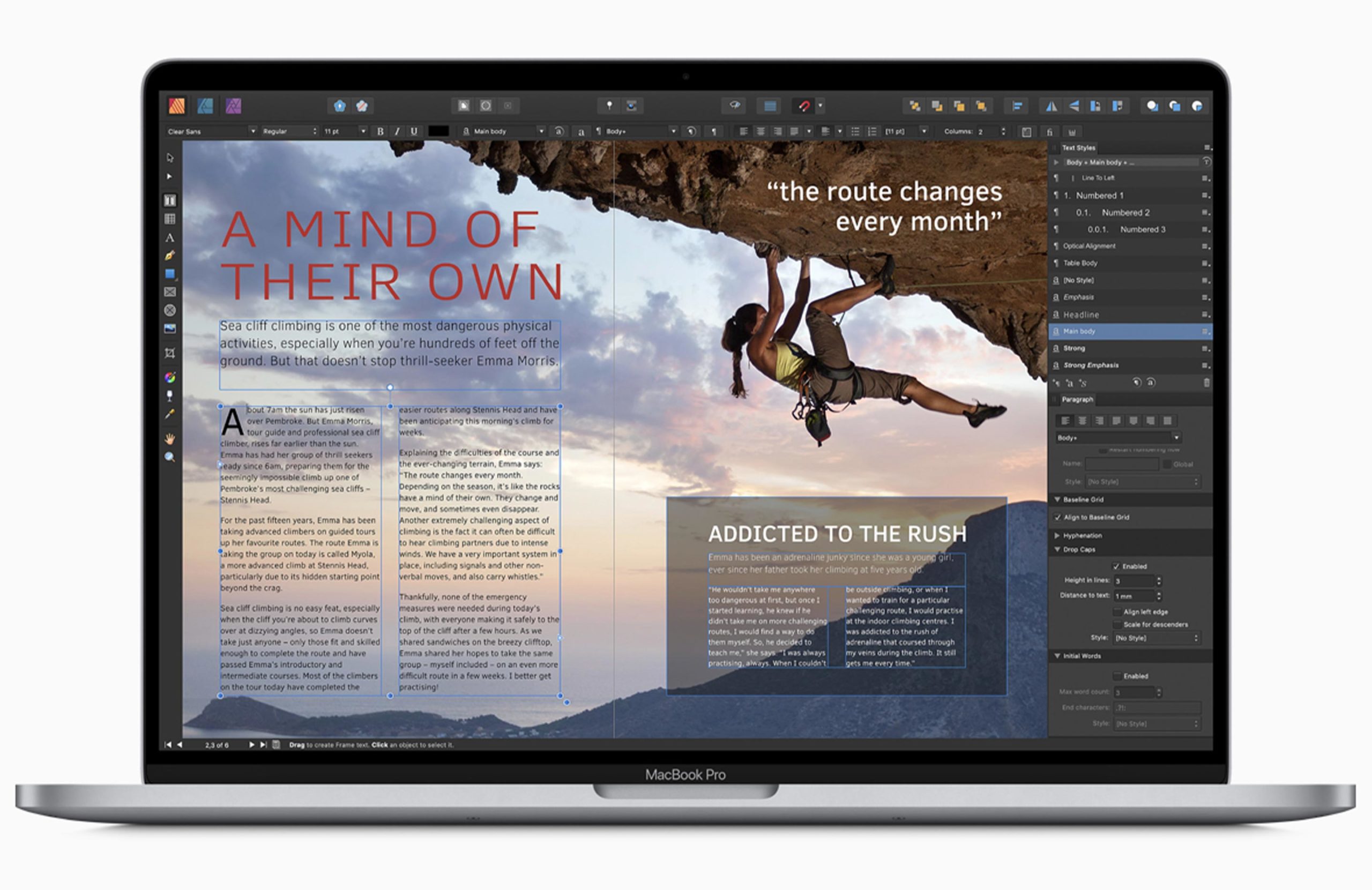 Serif labs is looking to take on big-name apps like Adobe InDesign, and other publishing apps with its newest app Affinity Publisher.

The developers built the app to take advantage of the Apple Metal API, so it’s super responsive and allows users to create things like photo books, posters, magazines and more in an exceptionally fluid way.

It also integrates with Serif’s other products seamlessly. If you own all three of the apps, you can simply pull up photo editing tools from Affinity Photo or vector tools from Affinity Designer without having to leave the publishing app. This makes it a one-stop-shop for everything needed to create brilliantly designed projects.

Affinity Publisher is available for $47.99 on the Mac App Store and Serif Labs is also working on an iPad port for next year.