Huawei Canada says a minority government will still be difficult to navigate, but it will be steadfast and plans to target specific parliamentarians

Prime Minister Justin Trudeau has selected his next cabinet, and while he has a minority government, Huawei executives have insisted the company’s lobbying and Canadian strategy moving forward will be “diplomatically forceful.”

In interviews with MobileSyrup at the company’s Toronto headquarters in Markham, Ontario, Huawei Canada detailed how it plans to lobby the federal government and what that will mean for the company’s future concerning participating in 5G network development.

Morgan Elliott, vice-president of government affairs at Huawei Canada, said the minute the federal election was called, the company had already started working on its government relations map to target specific Members of Parliament. They include the Minister of Innovation, Finance, the Privy Council, Global Affairs and International Trade. Elliott said the hope is to educate those willing to hear more about the company’s plans.

The task isn’t going to be easy: Elliott

“It is a minority government which makes it more difficult. I think the rhetoric will be a lot louder and a lot stronger,” he said, adding that there seems to be a “legitimate desire” to solve issues surrounding Huawei, the arrest of two Canadian citizens and Canada-China relations.

Huawei’s relationship with Canada soured when Vancouver authorities arrested its chief financial officer Meng Wanzhou in December 2018. She currently awaits extradition to the U.S. to face a trial.

The U.S. has accused Huawei of using backdoors installed in its equipment to spy on citizens, which was then given to the Chinese government. The U.S. has charged the company, Meng and it’s subsidiary Skycom with 13 counts of bank and wire fraud. These accusations have yet to be proven in court and Huawei has repeatedly denied them.

China has also detained two Canadians in a move that is believed to be a retaliation for arresting Meng. The country alleges they were part of a national security threat.

In Canada, Huawei heavily lobbied the federal government in October 2018, but quieted its efforts shortly after. As tensions increased between China and the U.S., Huawei Canada switched gears and began working on expanding partnerships to broaden rural broadband network infrastructure by announcing an agreement with Ice Wireless.

The company also opted to stay mum during the election.

Prior to the election, several MPs who have been lobbied suggested that speaking with Huawei may not change Canada’s view regarding whether the company should be banned from participating in the rollout of 5G networks.

However, more recently, Canadian Security Intelligence Service (CSIS) and the Communications Security Establishment (CSE) have been at odds concerning a potential Huawei ban.

Former Public Safety Minister Ralph Goodale said that a decision regarding Huawei would come after the election.

“There’s always going to be naysayers that they don’t want to meet with you…[but] there are a lot of smart parliamentarians who were either re-elected or newly elected,” Elliott said. “They may have some hesitancy, but, you know, this is a democracy and lobbying is a very valid activity. And it is okay if they have a healthy level of skepticism.”

Chris Pereira, director of public affairs at Huawei Technologies, said that it was “impossible to tell” what was going to happen next but as the company has said in the past, it is committed to the country regardless of a decision.

“Canada has an opportunity here…[if a company] meets the standards for this industry, you should be allowed market access until you prove yourself wrong,” he said. “Regardless, we would say that we will always 100 percent be dedicated to Canada. We don’t want to speculate on things that have not happened.”

Pereira stressed that any decision that is made on Huawei, “should be based on technology and not politics.”

He also stressed that Huawei has always felt welcomed in Canada because of how multicultural and open the country is. Pereira says he hopes the country’s politicians make a decision based on this value.

Liu Wei, vice-president of public affairs and communications at Huawei Technologies, further reiterated Pereira’s sentiment that the only thing Huawei can do is continue with its existing strategy.

“The structure is to move forward. We will always have altercations. We are in 170 countries and almost every year there is a different election. We have built a long term and stable strategy for Canada,” he said. “There is still no decision and at the end of the day, the consumer will make the choice. We are confident and we will work closely with our operator customers.”

Liu had received specific instructions on its Canadian strategy from Huawei in China a week before the interview. He said the company is waiting to communicate with the government and willing to have a transparent and open conversation.

“If they have any concern we will answer it. If they want to make tests, let’s do the tests… We can create a no back-door agreement [if they want it]. Let there be a legal power to it,” he said.

These types of commitments from Huawei have not stopped the U.S. from urging Canada to ban the company. More recently, even a former Obama administration advisor indicated Canada should ban Huawei.

“I think the number one [issue] from the U.S. is that it is very politically driven,” Liu said. “If you are going to ban Huawei, find the evidence first. We already work with the government [in Canada] and operators for several years. We also do cybersecurity tests. All of our records are good.”

Huawei will be ‘diplomatically forceful’

Elliott said the company’s lobbying strategy was “diplomatically forceful,” and will be sticking to what it always has done.

“We’ve always been transparent. We’re happy to show anything that [MPs] want to see. We work with security agencies. We’ve been in Canada for 10 years. It’s a good story. Will there be ones that don’t want to meet with us? I think the ones that are closed-minded already, yeah for sure, they don’t. Do we ignore them? No, we will still reach out to them.” 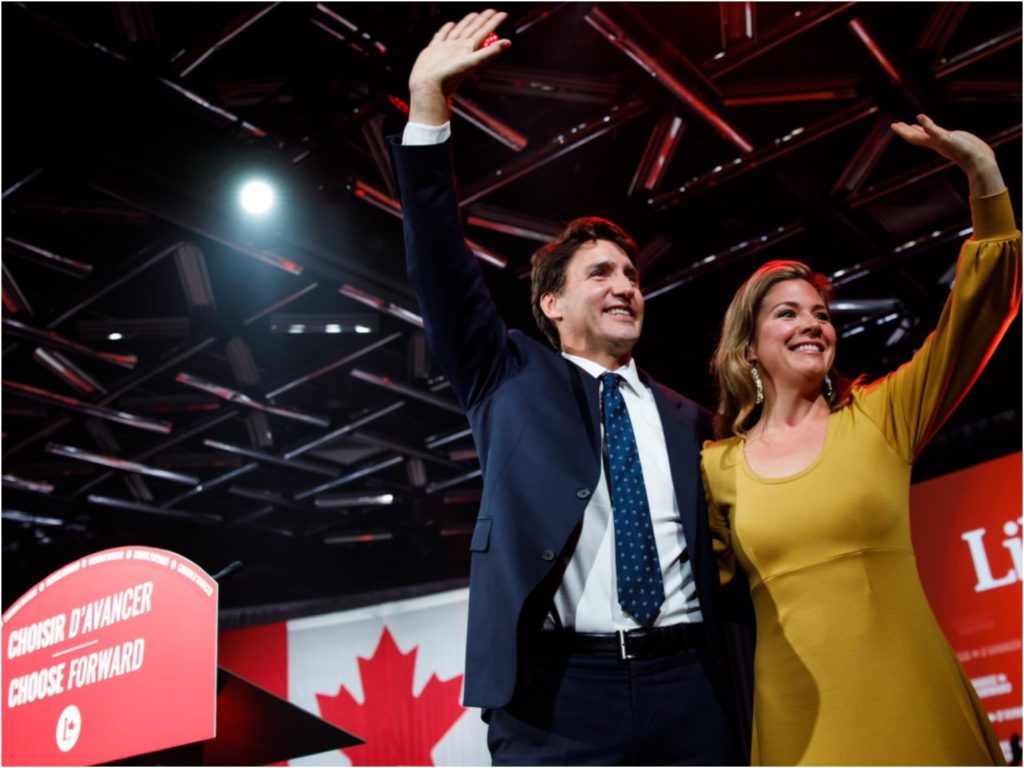 Huawei Canada came into the country in 2008. In 2012, former Conservative prime minister Stephen Harper said that the company would not be allowed to bid on government contracts. Huawei was also not allowed to provide equipment to the core of a telecom carrier’s network infrastructure.

While Rogers does work with Huawei in some instances, Bell and Telus have a higher stake. 5G networks are also not publically available in Canada yet and are expected to roll out in 2021. Carriers have suggested that a delay in deciding Huawei’s future could push back the rollout of 5G in Canada.

In particular, Bell and Telus are partnered with Huawei to provide last-mile infrastructure. A potential ban could cost the companies an estimated $1 billion CAD.

In January, former Innovation, Science and Economic Development Minister Navdeep Bains told MobileSyrup that whatever decision was made, the government would help and work with carriers concerning 5G’s rollout.