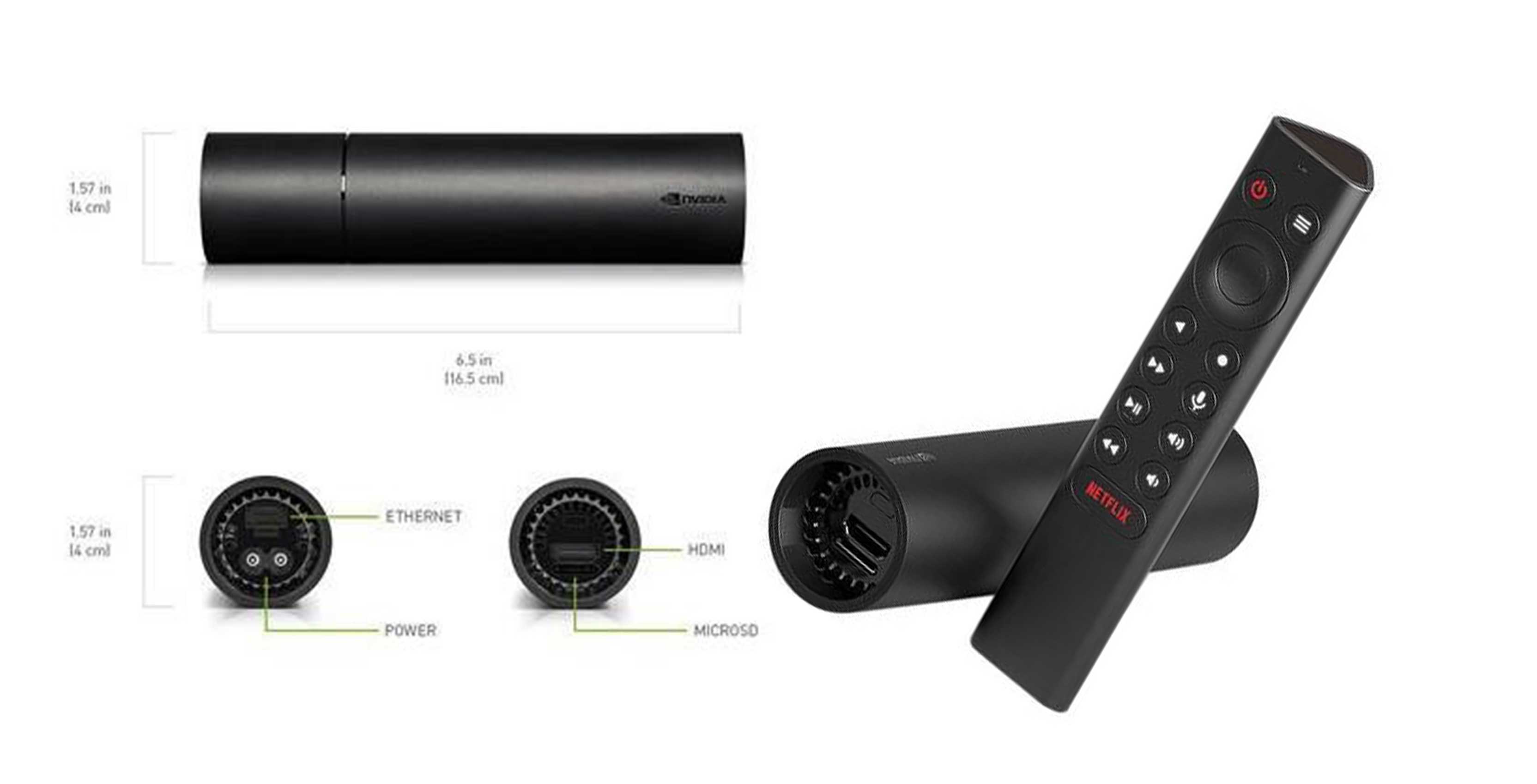 Amazon and Newegg.ca have both separately leaked two upcoming Nvidia Shield Android TV devices. One is a tiny circular dongle called the ‘Stick’ and the other is a spec bump for the existing Shield TV called the Pro.

These are notable since there aren’t a lot of great Android TV devices available unless your television has it built-in.

The more exciting device is the Shield TV Stick since it has less of a gaming focus and features an interesting tubular design that is pretty radical compared to most streaming sticks.

One end of the tube has an HDMI port and a MicroSD card slot. The other feature an Ethernet jack and its power plug input. According to 9too5Google, the device features a lost remote locator, support for 4K Dolby Vision content and has 8GB of internal storage.

This device leaked on Newegg Canada and was priced at $199 CAD. While it’s a lot more expensive than competing 4K streaming devices from Amazon, Roku or even Google’s Chromecast Ultra, it will likely be one of the best Android TV devices available in Canada.

The Shield TV Pro looks just like its predecessor but features a new remote design. This same remote comes with the Stick as well.

According to the listing, the new Pro will feature 16GB of onboard storage, dual USB ports, HDMI out, Ethernet and supports 4K Dolby Vision.

Neither of these leaked sites are live anymore, but since both of the devices have appeared, it seems likely that they’ll be revealed by Nvidia in the coming days.