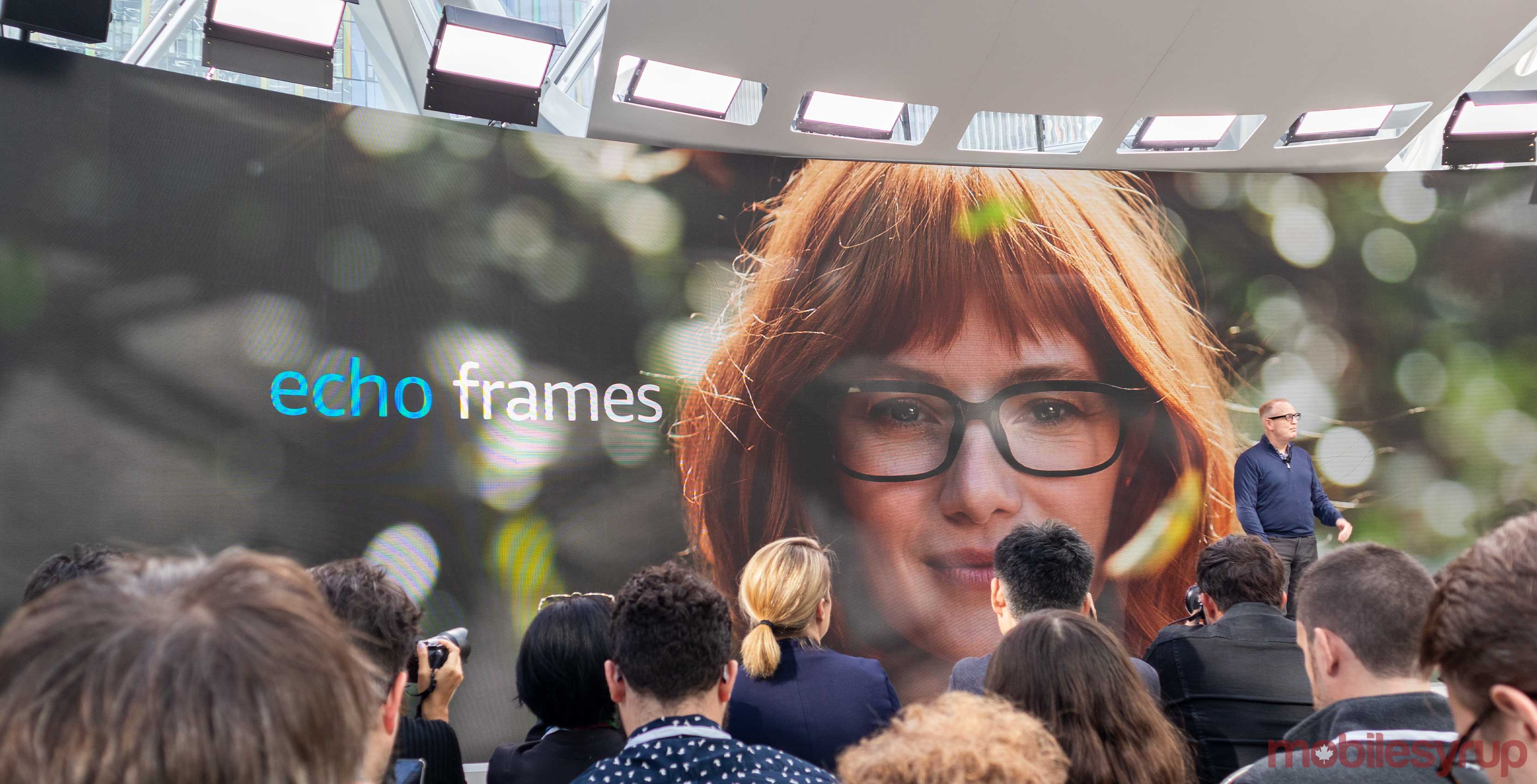 Amazon announced the Echo Loop and the Echo Frame today at an event in Seattle.

The Echo Loop, probably the most exciting device to come out of Amazon’s presentation, is a small smart ring.

The Loop brings information to your fingers, with two microphones and the smallest speaker featured in an Echo device ever. The smart ring also has a haptic engine that vibrates whenever you get a notification or an incoming call. You’ll have to pair it with your phone, but doing that lets you access this information without pulling out your device.

Pressing the button on the ring allows you to connect with Alexa. The voice-activated assistant answers questions through the ring’s small speaker.

Echo Frames are Alexa-enabled glasses that look like typical prescription glasses. The glasses weigh 31g and lack both augmented and virtual reality. The Frames also don’t feature a camera or a display but allow you to speak to Alexa without needing to pull out your smartphone.

These are ‘Day 1 Edition’ products that are getting a very limited release, so you may have to travel to the U.S. to get your hands on these wearables. It’s unclear if either device will be released in Canada.

At its event in Seattle today, Amazon also announced new Echo speakers and its earbuds.