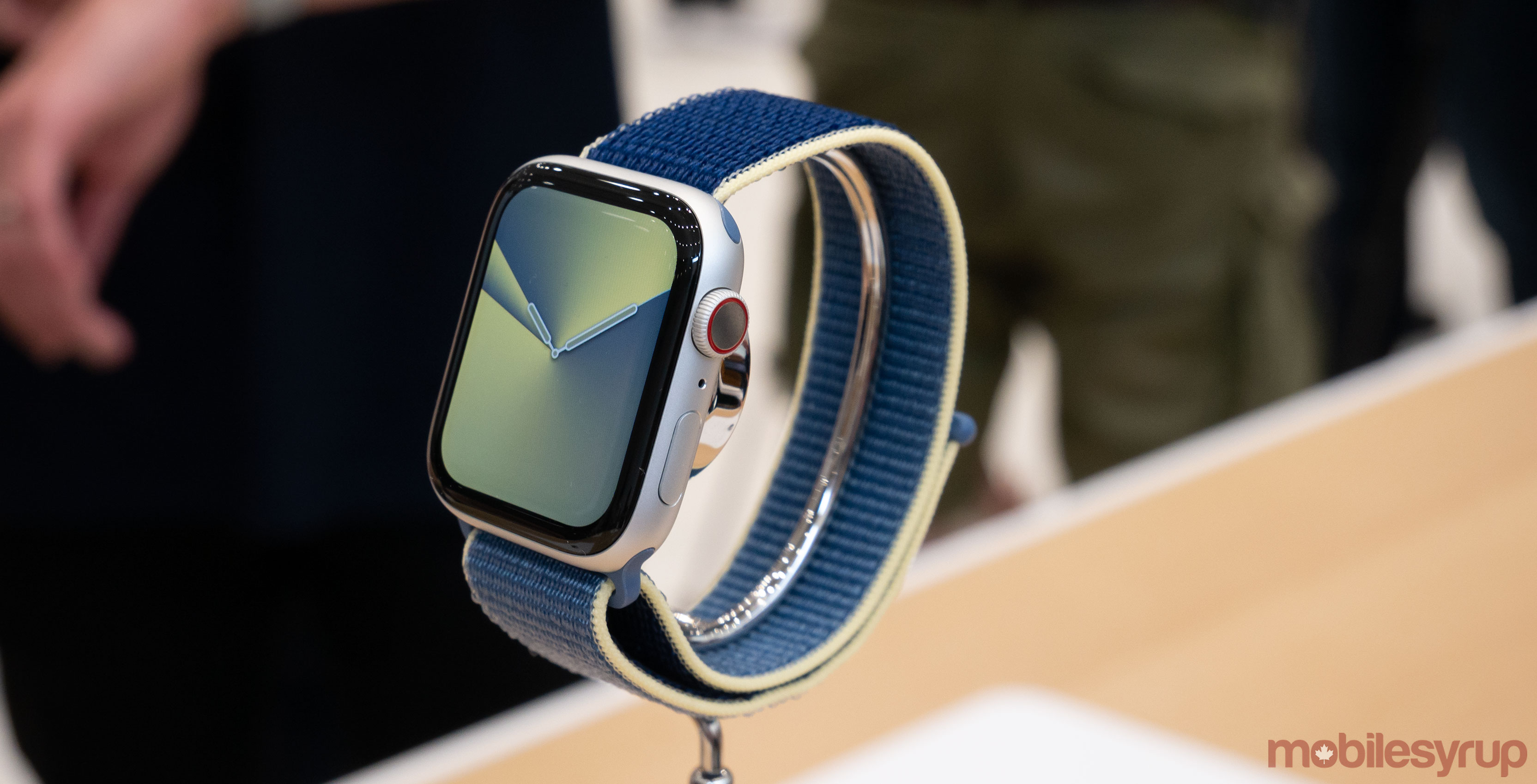 It took Apple five generations of smartwatches, but it looks like the company has finally perfected the wearable.

Let’s get one thing out of the way first — the Series 5 looks identical to its predecessor in nearly every way, right down to its 40mm and 44mm case options. Even the red circle on the now-familiar Digital Crown remains similar to its predecessor.

Any way you look at it, the Series 5 just isn’t as significant of a leap forward as the Series 4. That’s not to say that there aren’t exciting new features in this iterative update though.

It’s all about the always-on display 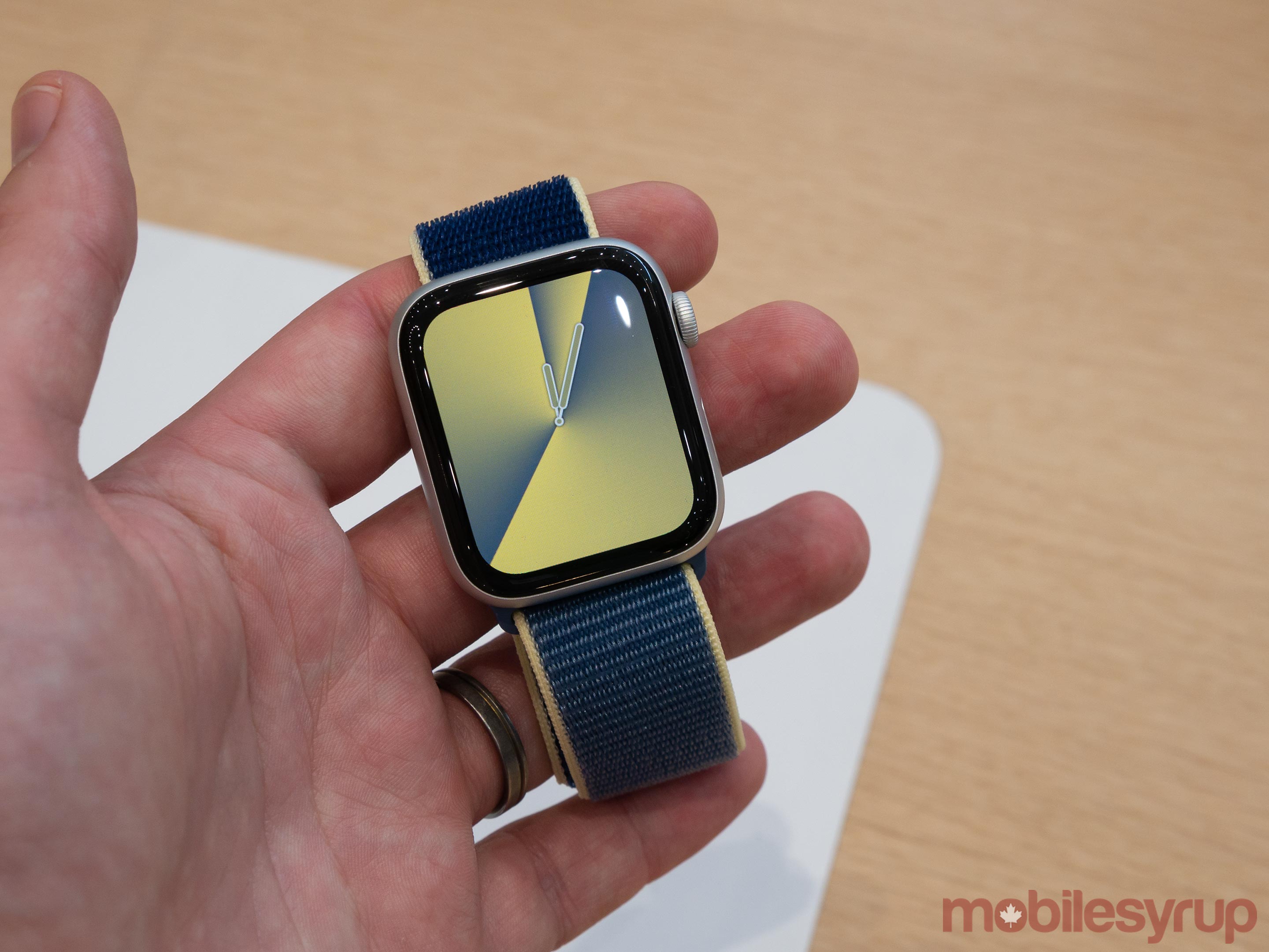 For example, Apple has improved the Series 5’s battery life, marking it at 18 hours despite the smartwatch’s new always-on display.

Speaking of the new always-on display, this means that when you’re not actively using the Apple Watch, its screen still stays on. One of my main complaints about the Apple Watch has always been that when I lift my arm to glance at the time or check a notification, there are instances where the screen didn’t illuminate.

While the lift-to-wake motion became more reliable with each new version of the smartwatch, it was never perfect. In fact, part of why I once preferred Pebble’s (pour one out) smartwatches was because of their always-on e-ink displays. The shift to an always-on screen makes the Apple Watch feel much more like a regular watch, which is a good thing. 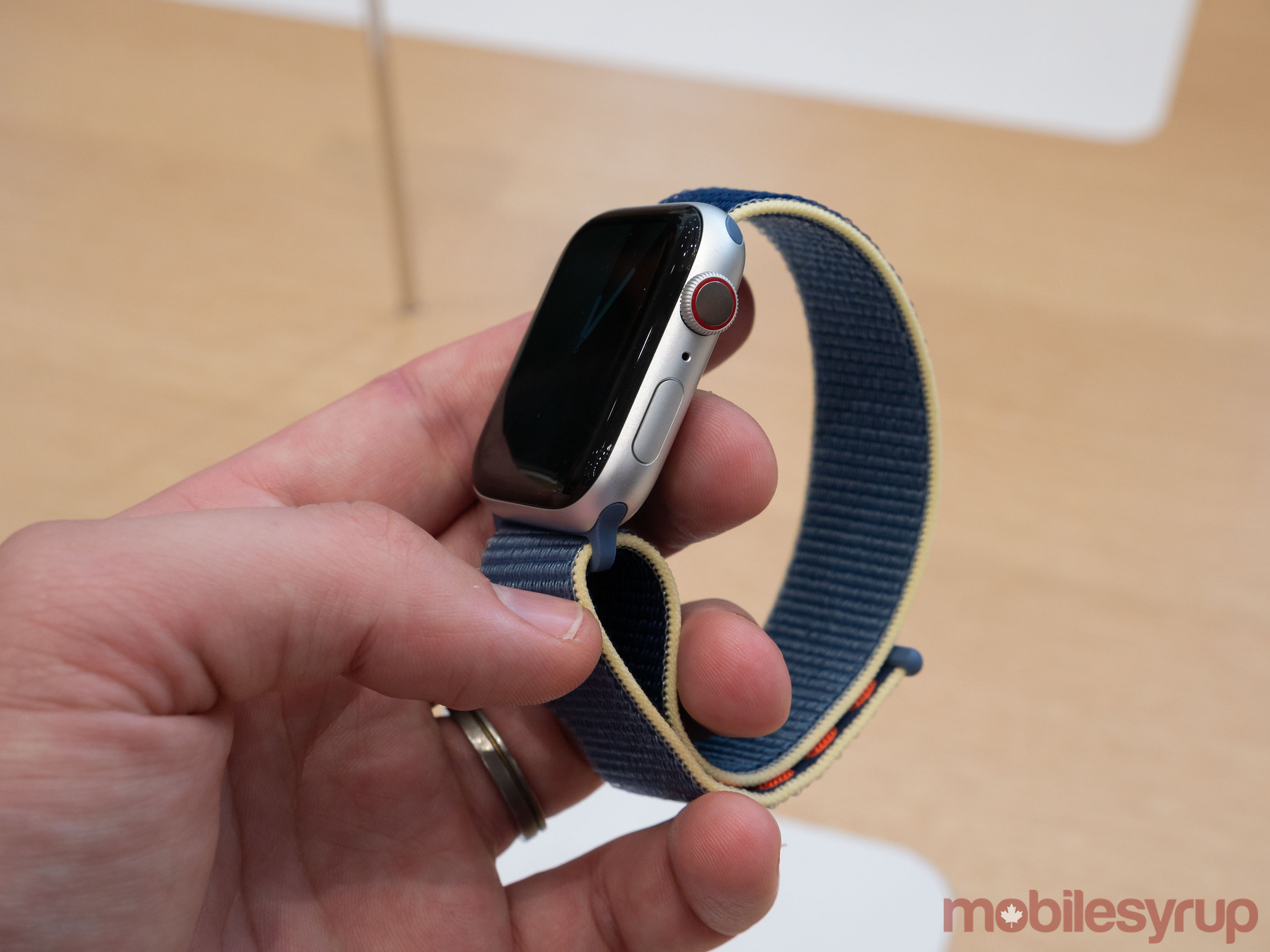 To power the always-on display, Apple equipped the Series 5 with a low-energy ‘Low-Temperature Polycrystalline Oxide’ (LTPO) screen. In general, the shift to idle mode isn’t very noticable. In most cases, Watch Faces invert colours, keeping Complications and other features visible. The watch also switches from a 60Hz to 1Hz refresh rate to conserve battery life when in idle mode.

I watched the feature in action briefly and the shift is still triggered by the motion of the arm and the wrist. That said, it seems to work pretty reliably. It will also be interesting to see how Apple adapts its various Watch Faces to the new always-on display. 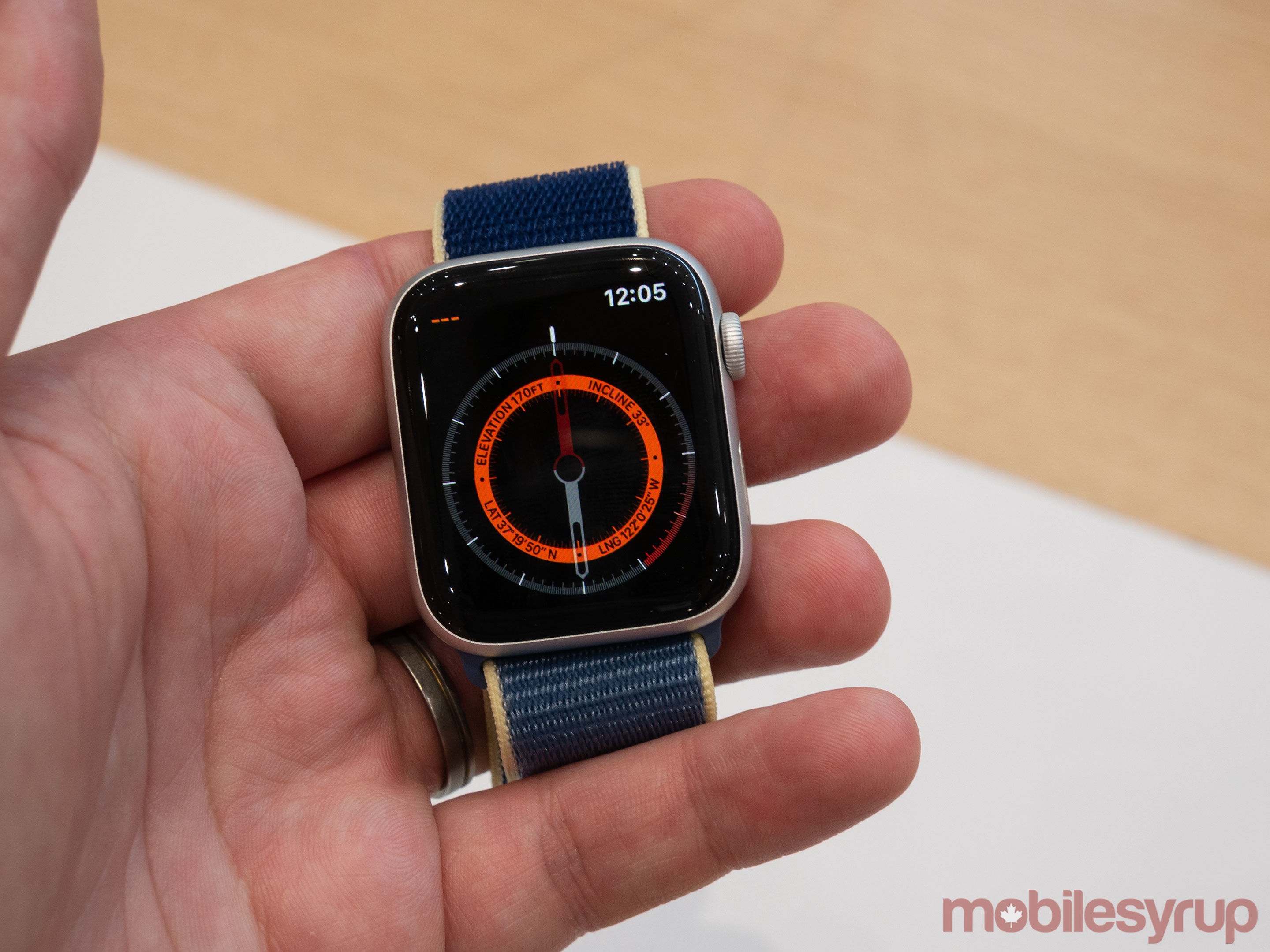 There are other minor updates with the Series 5, including a Compass app, a new ‘Night Sky’ app that features star constellations and access to emergency services in more countries around the world. Of course, the Series 5 will also benefit from watchOS 6 and the long-overdue on-watch App Store.

The Apple Watch Series 5 features a new, more powerful S5 system-on-chip, though for some reason Apple didn’t mention this during its recent keynote.

I briefly wore the Apple Watch Series 5 on my wrist and it was both comfortable and lightweight, just like its predecessor. All bands are also backwards compatible with the new Series 5.

What about sleep tracking? 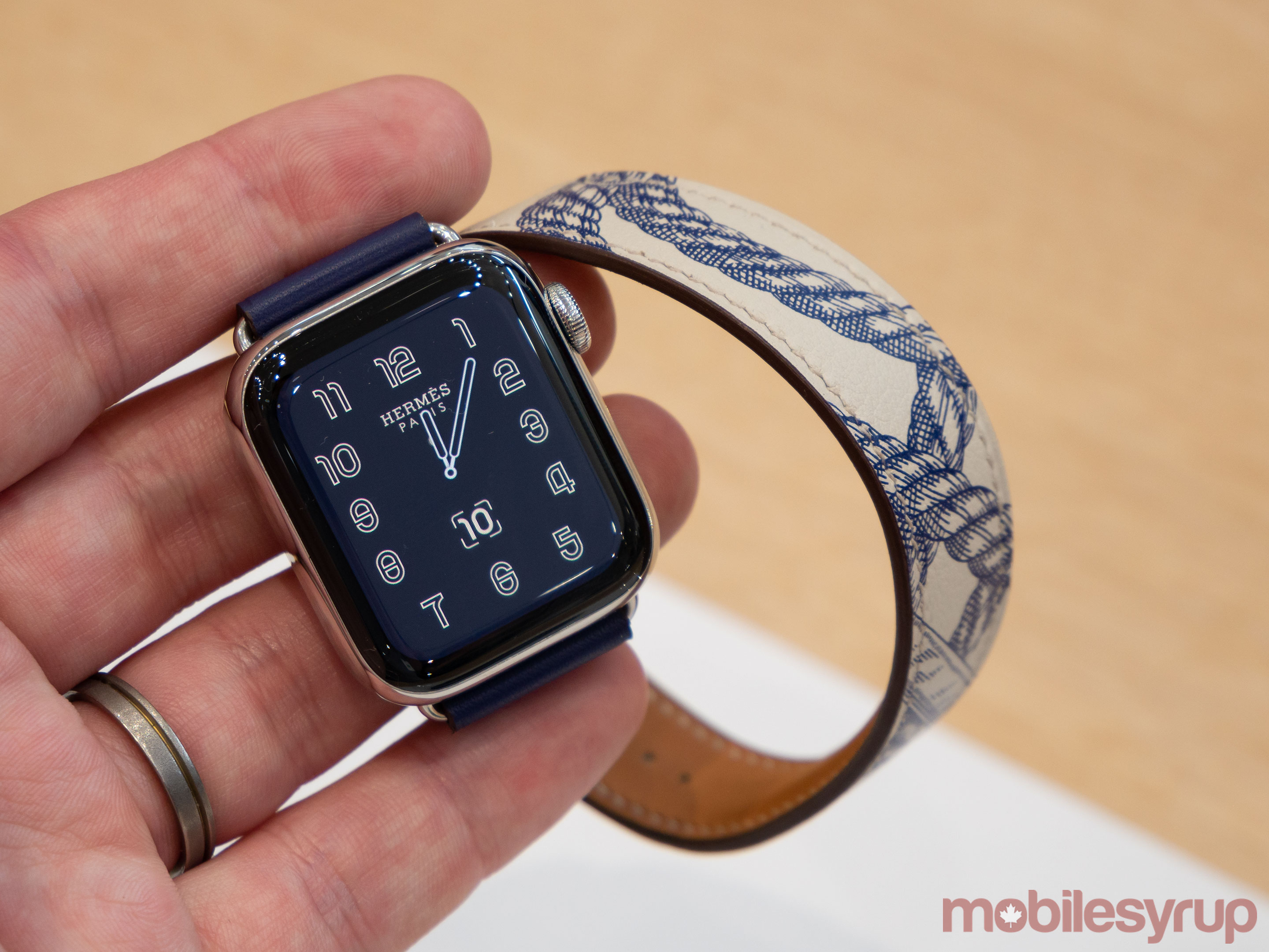 Strangely, the often-rumoured sleep tracking feature didn’t make an appearance during Apple’s fall hardware keynote. Given Fitbit is launching more detailed sleep tracking with its new Fitbit Versa 2, it makes sense for Apple to be working on similar functionality.

It’s possible sleep tracking could launch at a later date, or that it’s a feature being saved for next year’s Apple Watch.

It’s worth noting that there are some new design features, including the addition of ceramic and titanium cases, as well as magnetic straps. 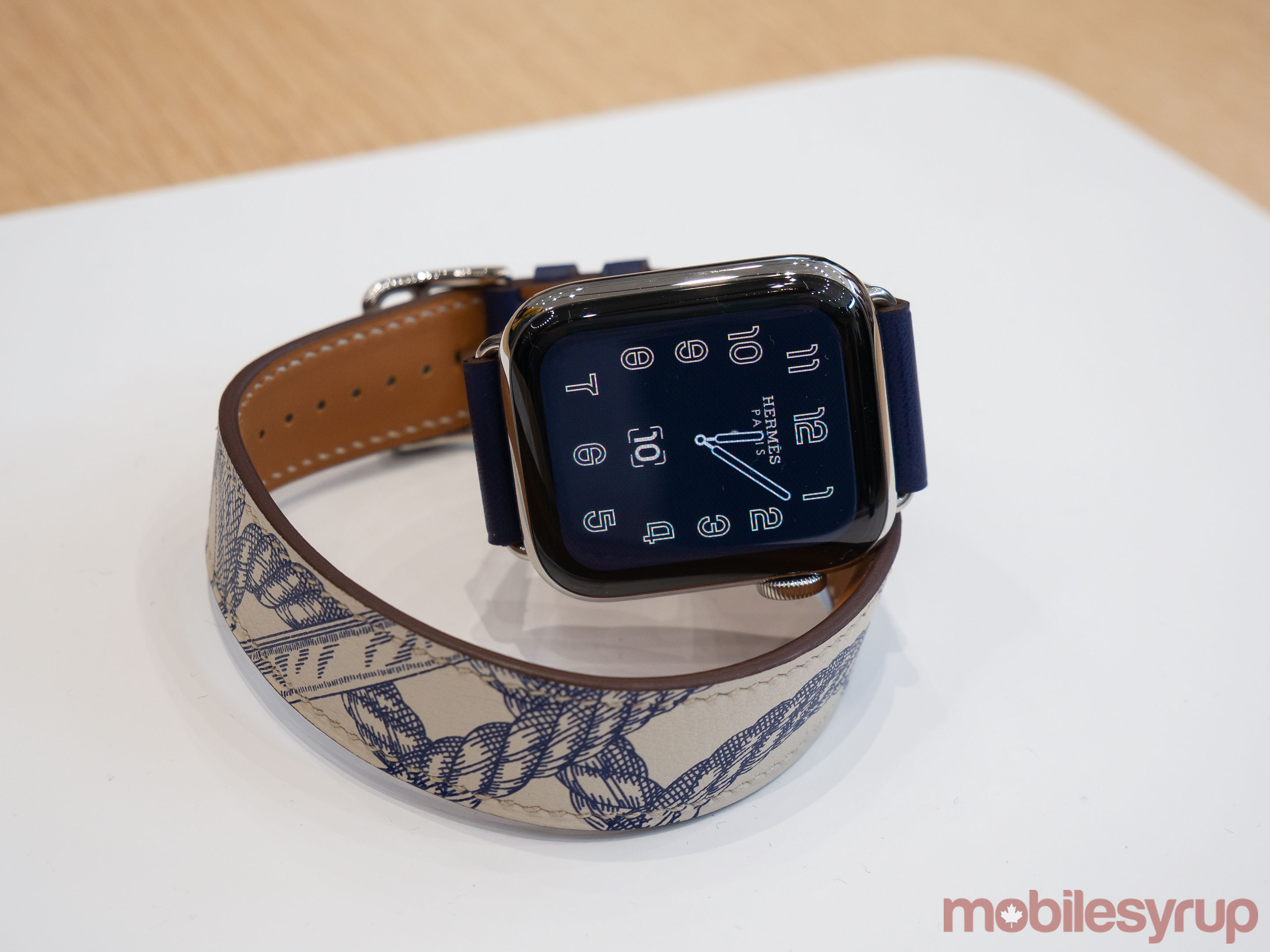 Apple is so far ahead of other manufacturers in the smartwatch space that it’s not a competition at this point. The Series 4 was great and the Series 5 builds on that solid foundation in incremental but still meaningful ways.

However, if you were hoping for a huge leap forward or a full redesign, that isn’t what the Apple Watch Series 5 offers.

Update 11/09/2019: This story has been updated to confirm that the Apple Watch Series 5 features Apple’s new S5 system-on-chip (SoC).