Microsoft has sent out ‘Save the date’ event invites for an upcoming media event. The event date is for October 2nd 2019 and the company will host it in New York City, according to the invite.

It’s not clear exactly what Microsoft will unveil though leaks suggest a new dual-screen device. The project, codenamed Centaurus, will reportedly be a tablet, PC-hybrid. The 2-in-1 has an expected fall 2019 release, according to a previous report. 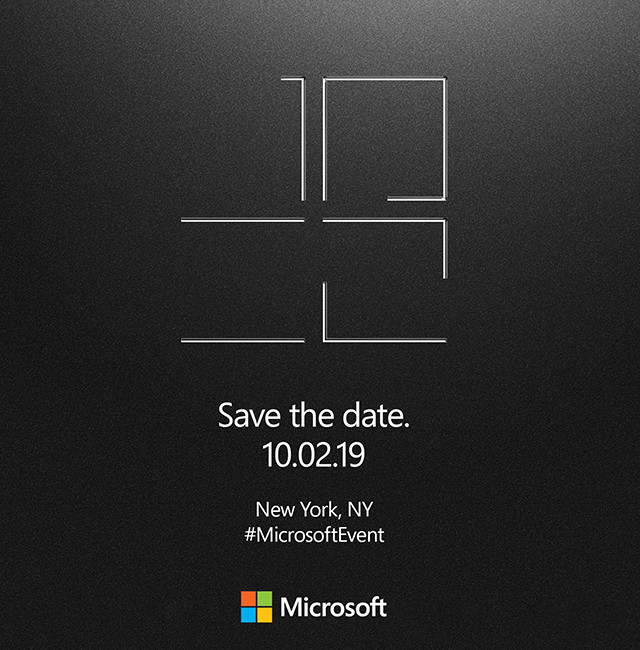 The foldable laptop is rumoured to feature Android apps.

Microsoft might also launch updates to some of its Surface devices, including a new Surface Book, Surface Laptop, Surface Pro or even the Surface Go tablet.

Update: September 12: Microsoft’s Surface social media team has announced the event on October 2nd will be stream online for all to watch.

Microsoft’s next Surface Pro could get a Snapdragon processor variant