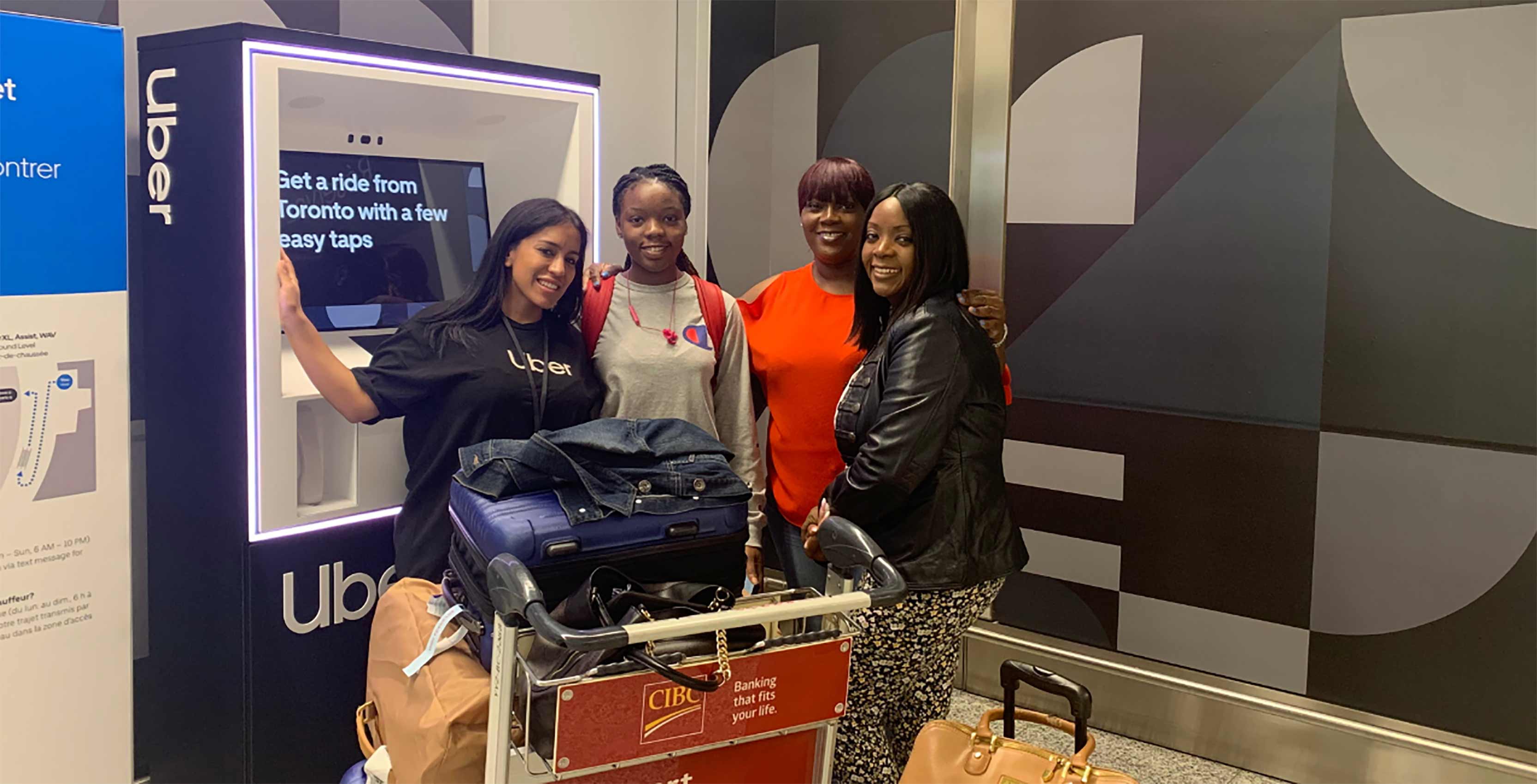 Being able to hail an Uber from the airport is a useful way to get home after a flight.

However, there might be times when your phone has died during your trip or you didn’t bring your phone to begin with on your travels.

With that in mind, Uber has launched a series of kiosks at Toronto’s Pearson International Airport that will let travellers hail a ride without their phones.

On Twitter, Uber interface designer for airports and travel Jon Kantrowitz shared images of the kiosks and provided some details on how they work.

Designed and launched a thing: Uber rider kiosks at Toronto Pearson Airport! Shout out to our first riders, a family from the Bahamas! pic.twitter.com/SHQ3tQ767r

Each kiosk is equipped with a 32-inch monitor and 10.5-inch iPad Air. To hail an Uber from the kiosk, riders will need to enter their information into the iPad, including their name, phone number and destination. From there, they’ll be able to pay with a credit card using the attached chip reader.

For now, the kiosks are part of a trial between Uber and Pearson, according to Kantrowitz. It’s unclear if other airports in Canada will receive the kiosks.