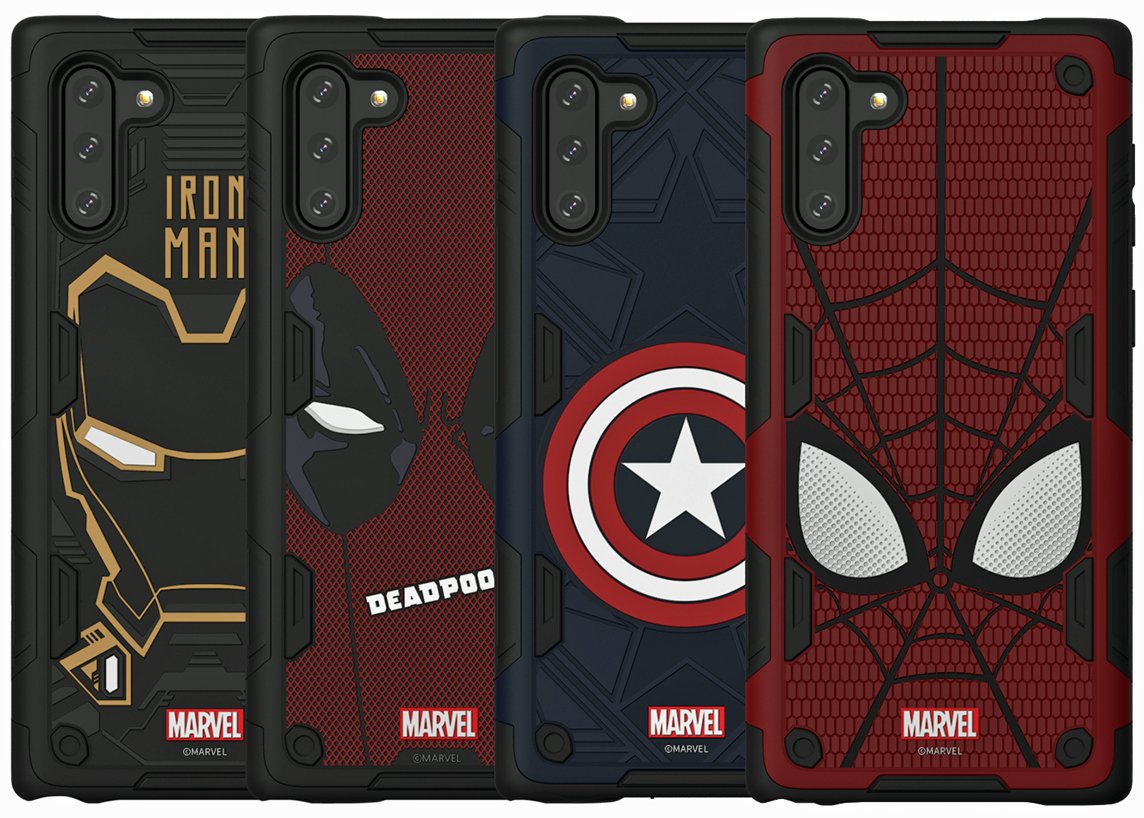 In March, Samsung launched a lineup of Marvel-themed Smart Covers for the Galaxy S10 family of phones.

Now, it appears that the South Korean tech giant will do the same for the upcoming Galaxy Note 10 Series.

On Twitter, often-reliable smartphone tipster Evan Blass shared an image of four Marvel Smart Covers that he says are for the Galaxy Note 10.

In the picture, cases based on Iron Man, Deadpool, Captain America and Spider-Man can be seen. For context, the S10’s Marvel cases were themed around the Marvel Logo, Marvel Comics, Marvel Icon, The Avengers Logo, Spider-Man and Captain America.

One of the main draws of the Smart Covers is the fact that they come with a special Marvel wallpaper and app for your phone. Presumably, these Note 10 Smart Covers will do the same.

Blass didn’t mention specific pricing or availability for these new Smart Covers. However, the recently-released Spider-Man: Far From Home-inspired Smart Covers cost between $49.99 and $59.99 CAD, so expect the Note 10 cases to be similarly priced.

MobileSyrup will have more on the Galaxy Note 10 next week. For now, check out our hands-on impressions of the phone.