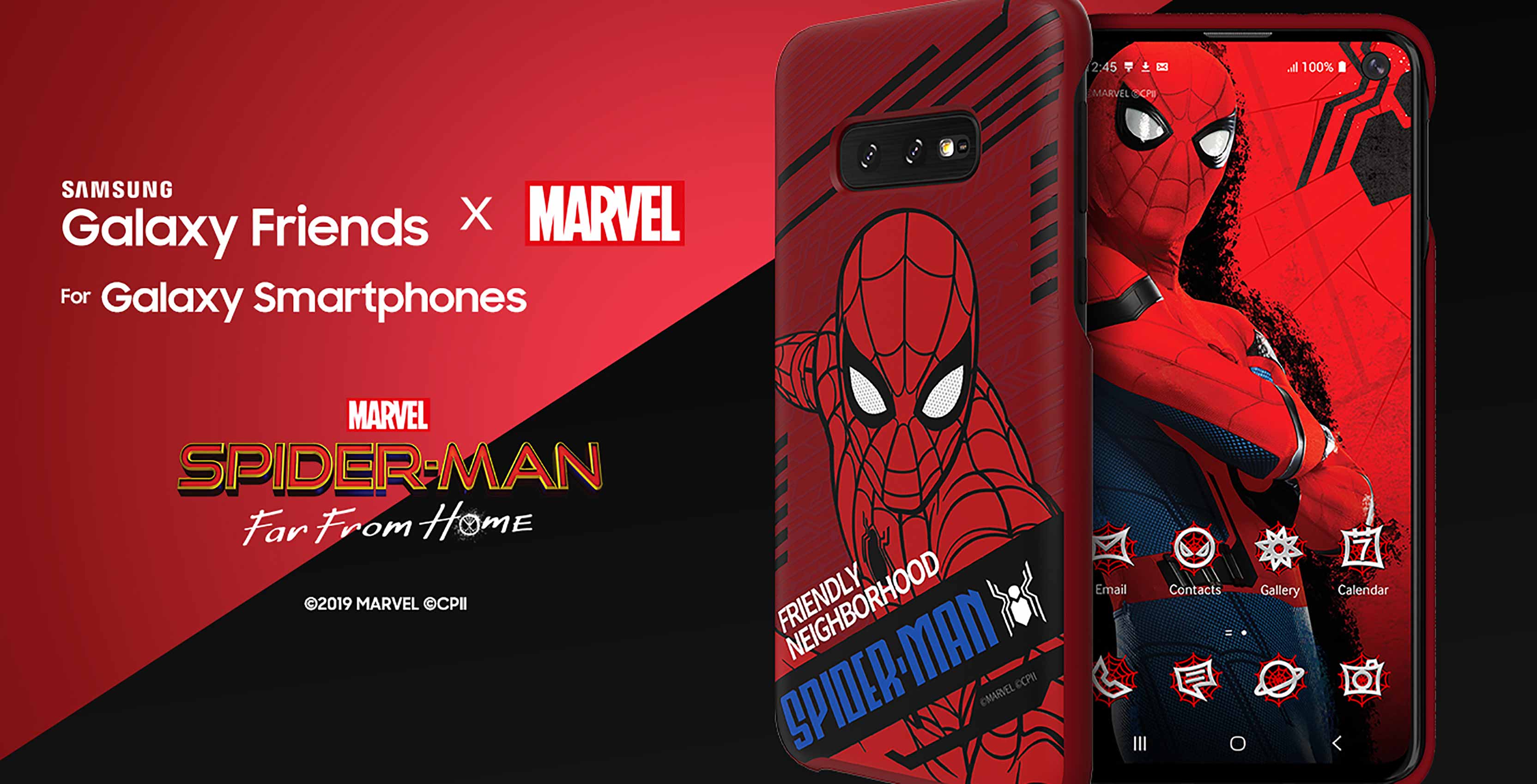 The launch of the new cases coincides with the release of Far From Home, which hit Canadian theatres on July 2nd.

The cases are available for the following Samsung Galaxy models:

In terms of design, the cases feature different Spider-Man-themed aesthetics, depending on the phone model. For example, the S10e case is dark red and has a drawing of the wallcrawler with the caption “Friendly Neighborhood Spider-Man,” while the S10+ cover is black and sports a red, metallic-looking spider emblem.

What’s shared between all cases is an exclusive Spider-Man: Far From Home theme, which will automatically pop up when connected to the phone. The case offers a lock screen with lively animated effects and apps being displayed in the Far From Home graphic style, among other visual touches. Further, the case gives access to a special app featuring Marvel content like images, trailers, short movies and more.

Prices for the cases range from $49.99 CAD to $59.99, depending on the phone model. The Spider-Man Galaxy phone covers are available in Samsung Experience stores and online.