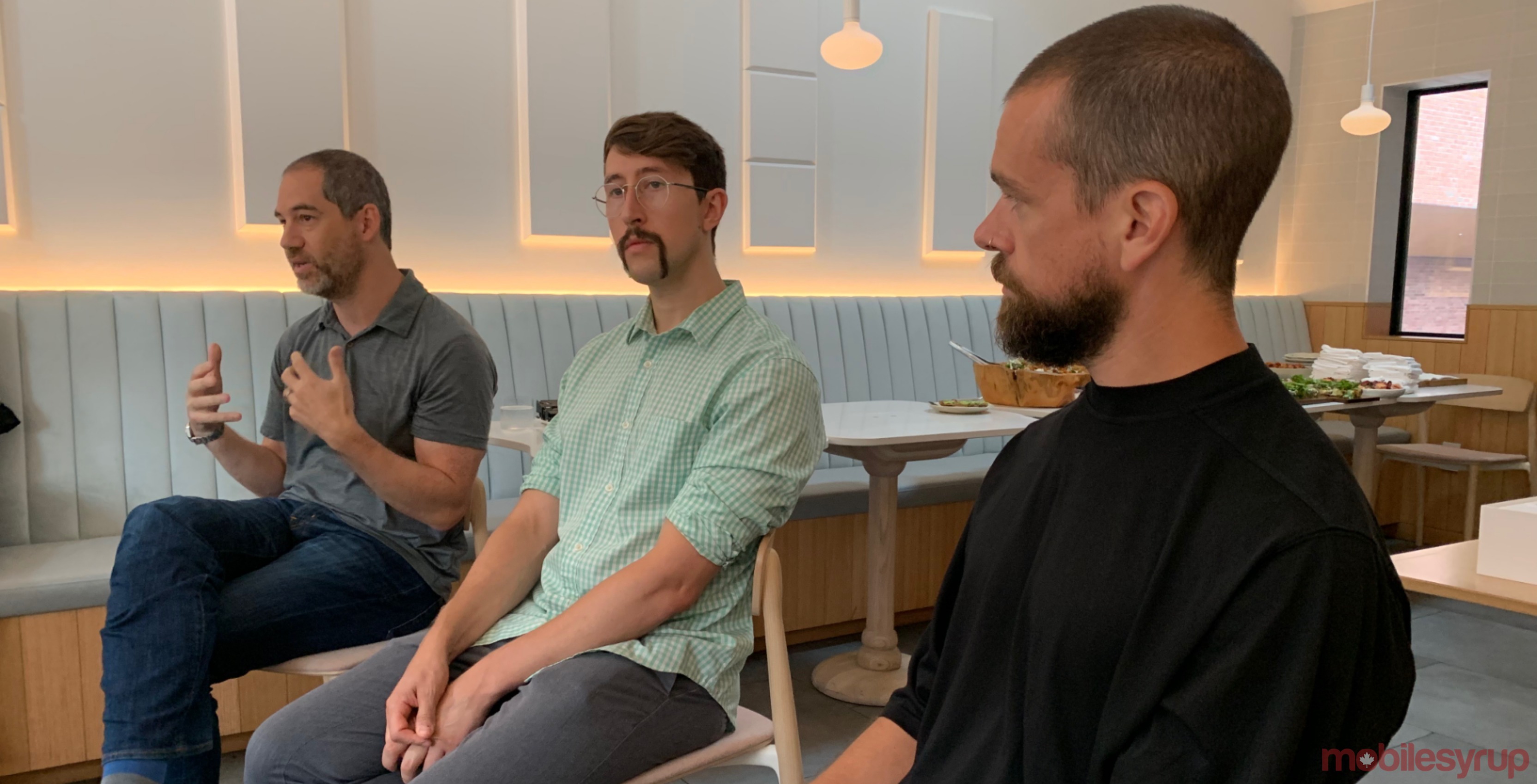 The terminal released in the U.S. less than a year ago and Canada is its first international market.

It’s also worth adding that Square worked with sellers across the country and provided them with early access to the terminal so the company was able to test the product and get feedback.

Jesse Dorogusker, head of hardware at Square, told reporters that the payment terminal features everything a business owner needs, including managing inventory, being able to send invoices, recording deposits, managing payment history, generating history and get reports about the business.

By having these services within the terminal, Dorogusker said it eliminates the need to have other devices within the store like smartphones, iPads, and tablets. He said that many businesses end up having a challenging time managing these devices and what is stored on them, taking away from the focus of running a business.

“We see challenges for a business. They manage a fleet of iPads, they end up telling their personal Apple iTunes IDs to employees that are covering, they give their personal cell to someone because their whole business is on the cellphone and have not figured out how to manage it all in all of these places,” he said. “For larger businesses, that total fluidity is a disservice to them.”

Dorogusker explained that the terminal will eliminate the necessity of hiring someone to do updates and cleanups of several devices.

The white touch screen terminal is compact and is capable of storing a small receipt paper roll in it. Merchants will be able to purchase the terminal today and offer customers contactless payment options for multiple credit cards and payment services like Apple Pay and Google Pay.

Square allows merchants to buy the terminal for $299 CAD, offers no contracts and charges merchants a 2.65 percent transaction rate and $0.10 per debit card charge. Merchants will also be able to pay for the payment terminal in monthly installments.

Jack Dorsey, Square’s and Twitter’s founder, said he saw the Canadian entrepreneurial market grow and said it was “not my experience of Canada in terms of slow adoption” of technology.

He noted that the terminal is easy to use and that it was designed with the business owner in mind.

“It’s so hard running a business. The last thing you want to consider is redoing your equipment or system so when something works you don’t want to touch it because you need to focus on your customers,” he said. “So [the terminal] it’s the consideration of a new system and breaking through the noise of the day-to-day operations.”

Dorsey said that Square is a growing presence in Canada and highlighted that the concentration of merchants using the terminal wasn’t just within just metropolitan areas, but from those using the technology across the country.

“We have a huge percentage of our sellers existing out of the top 10 populated cities within the country,” he said.

But a challenge that many merchants, especially those residing in rural parts of Canada, is that they often don’t even have a broadband network to help run their business.

Dorogusker agreed that this was a challenge and that the company is always thinking about how to serve those clients that aren’t connected properly to Wi-Fi services.

“It’s on our mind for sure, there is spotty coverage in a lot of areas in Canada and it’s an issue in rural areas,” he said. “We don’t have any programs that build out your Wi-Fi but we offer offline payments.”

Dorogusker explained that a client can charge their card and details will be encrypted and stored securely on the Square terminal, after which the merchant is able to push the transaction through once they are able to get back online.

Further, Dorogusker and Dorsey both assured that the device complies with modern security standards.