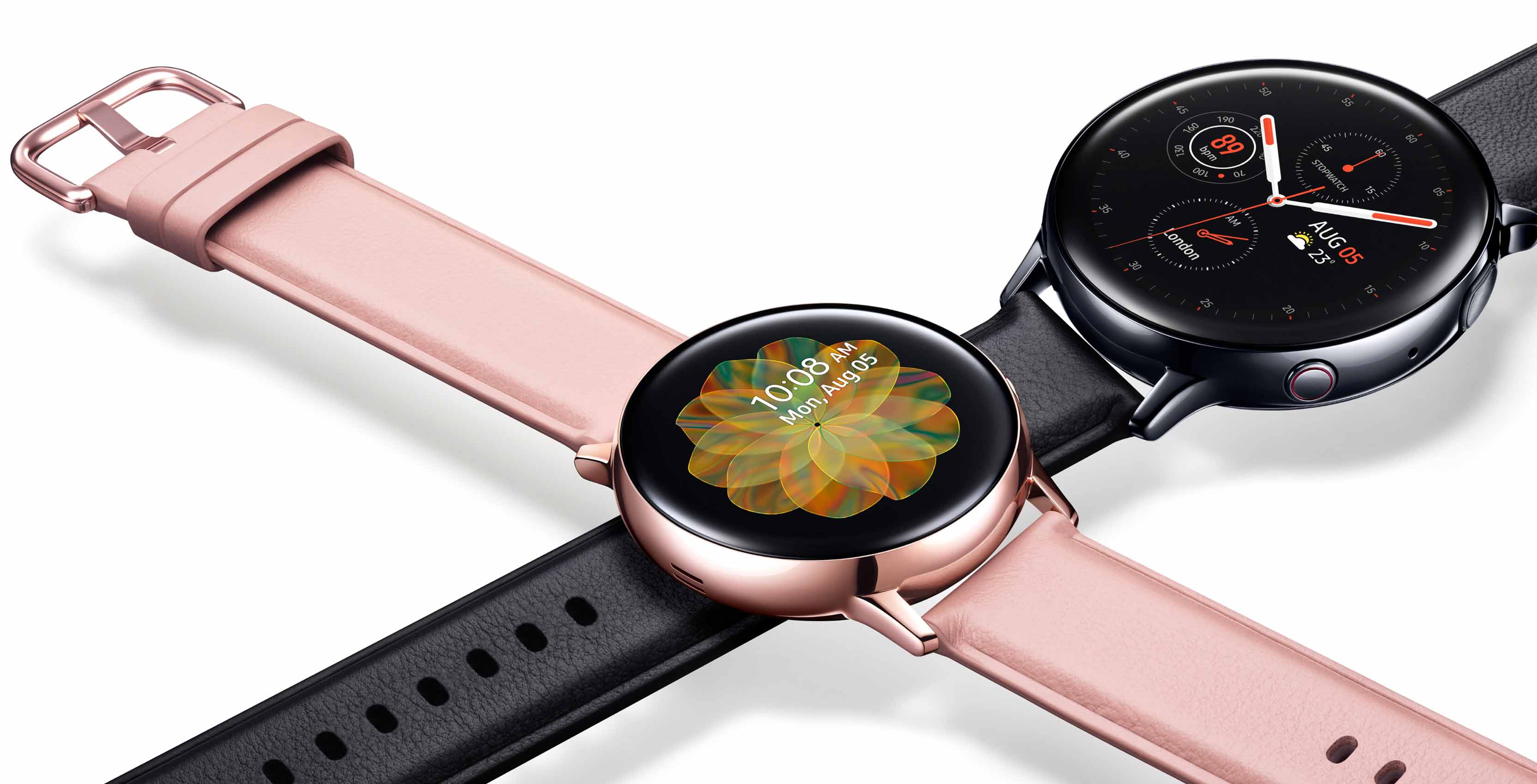 Now, the South Korean tech giant has unveiled the Galaxy Watch Active 2, which has a more compact design and increased size options over its predecessor.

Firstly, the Active 2 will launch on September 27th at a starting price of $369.99 CAD for the Bluetooth model. An LTE version will also be offered, although Samsung hasn’t yet confirmed how much it will cost. Across both models, the smartwatch will be available in both 40 and 44mm variants.

The most notable new design element, however, is the fact that the Active 2 has brought back bezel control, which the first Active did not have.

That said, it works a bit differently here than it did in the Galaxy Watch and earlier models. Instead of the physically rotating dial found in those older devices, the Active 2 lets you run your finger over a touch-sensitive strip to navigate screens and menus. To simulate the clicks of the physical wheel, the Active 2 will emit a haptic buzz as you move your finger over the bezel.

Meanwhile, Samsung is introducing several new health-related features with the Active 2. Firstly, Samsung says it’s improved the heart rate monitor and accelerometer in the Active 2 over prior models. The watch is also Samsung’s first to support real-time pace coaching through the Bixby virtual assistant. Finally, GPS functionality will allow for tracking workouts without a phone.

The Bluetooth Active 2 model will go up for pre-order starting August 21st, 2019 at Samsung stores, on Samsung’s website and at major retailers. For every pre-order made between August 21st and September 24th, Samsung will offer a bonus Wireless Battery Pack (normally retails for $79.99 CAD).

The LTE edition, meanwhile, will go up for pre-order at the aforementioned retailers starting September 27th, 2019.