A new leaked image is said to be a feature phone running a very different version of Android.

Feature phones are simpler phones that don’t use a touch screen. Instead, they usually use a traditional number pad and a few other buttons. This market is dominated by an operating system called KaiOS which adds some smartphone-like features to the older style of device.

Now it seems like Google is positioning Android to take a slice of the market with an Android-powered feature phone of its own. 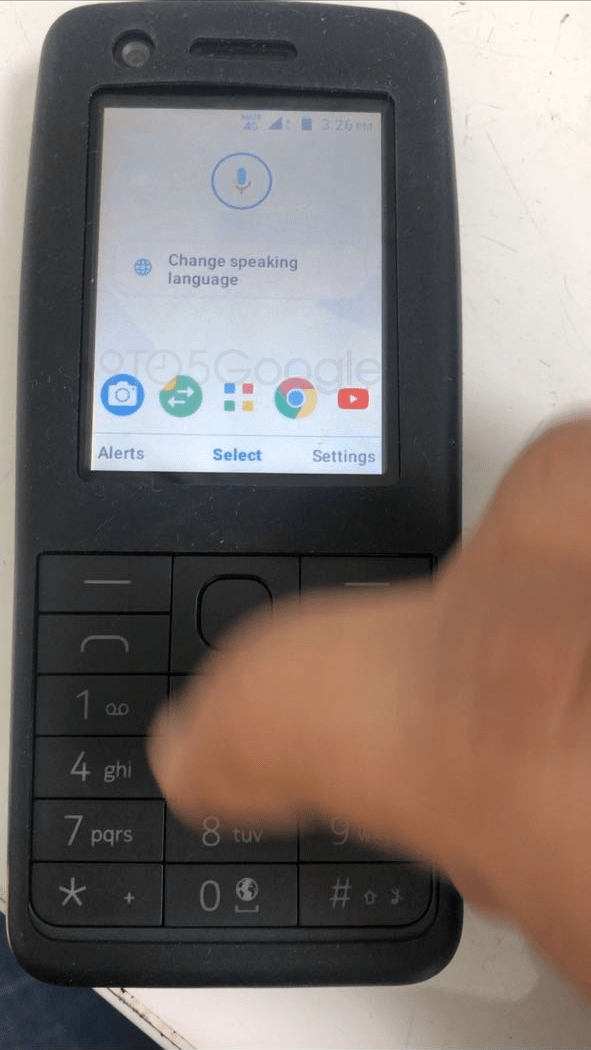 Google has worked closely with KaiOS in the past and many Kai-powered phones even have dedicated Google Assistant buttons.

The leaked phone is thought to be built by Nokia due to its minimal looking ‘Phone’ button, as pointed out by 9to5Google.

The interface is very minimal, but it does show off what looks to be an app drawer launcher, YouTube, Chrome, a Camera and the app with two arrows is the call log icon.

This leak doesn’t end up telling us if the phone is coming out any time sooner, but it does show that Google might be working on a feature phone OS and what it might look like.