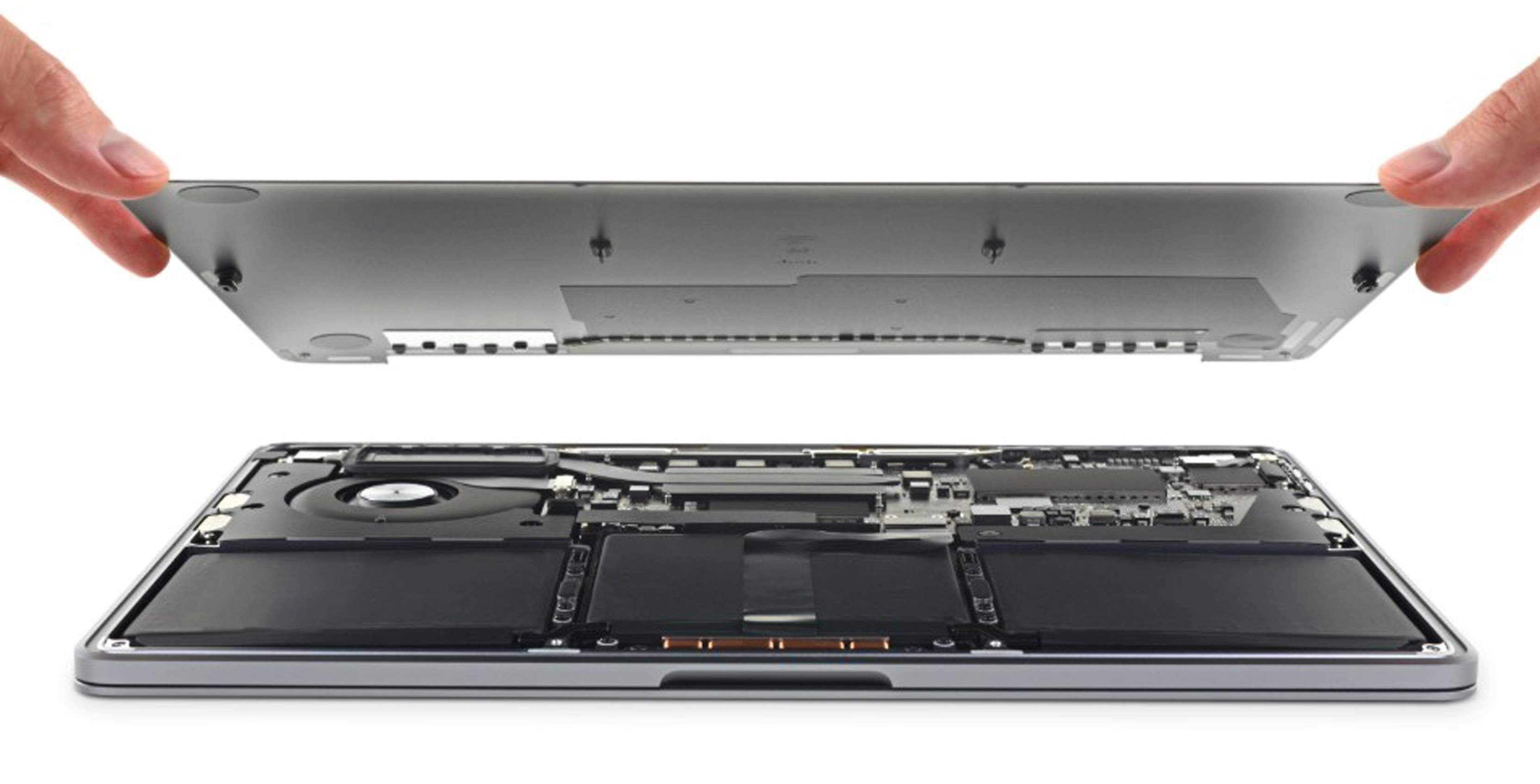 DIY heroes iFixit are back with their latest teardown, an in-depth look at Apple’s new base model MacBook Pro.

Of note, iFixit discovered the new model features a higher capacity 58.2Wh battery. In comparison, the MacBook Pro Escape shipped with a 54.5Wh battery, making the battery on the new model about 6.6 percent bigger. What’s more, the battery in the new model is even bigger than the 58.0Wh power cell the more expensive 13-inch model includes. 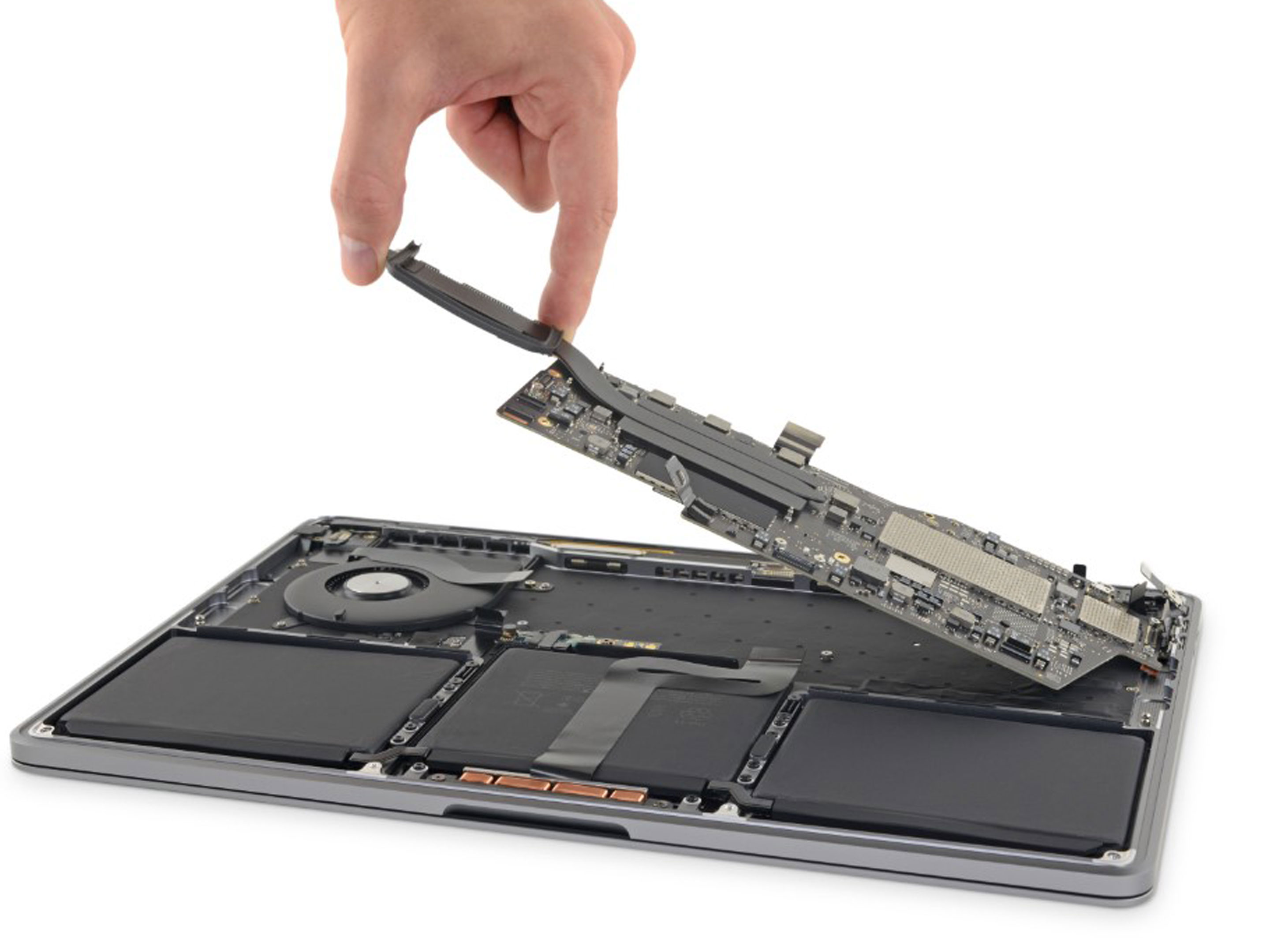 Getting deeper into the machine’s internals, iFixit found Apple trimmed down the size of the new model’s heat pipe to make room for the Touch Bar and Touch ID, a worrisome development given that the butterfly keyboard generation of MacBook Pros has already had overheating issues. Likewise smaller is the speaker opposite the fan.

The most disappointing discovery iFixit made is that the new model’s solid-state drive (SSD) isn’t upgradeable. Since the SSD on the previous function key MacBook Pro was a proprietary model, the fact the new drive is soldered on is something of a moot point. However, the fact remains: none of the components on the MacBook Pro are upgradeable after the customer initially configures their new computer. However, Apple has made some components newly modular, including the Thunderbolt board and speakers. 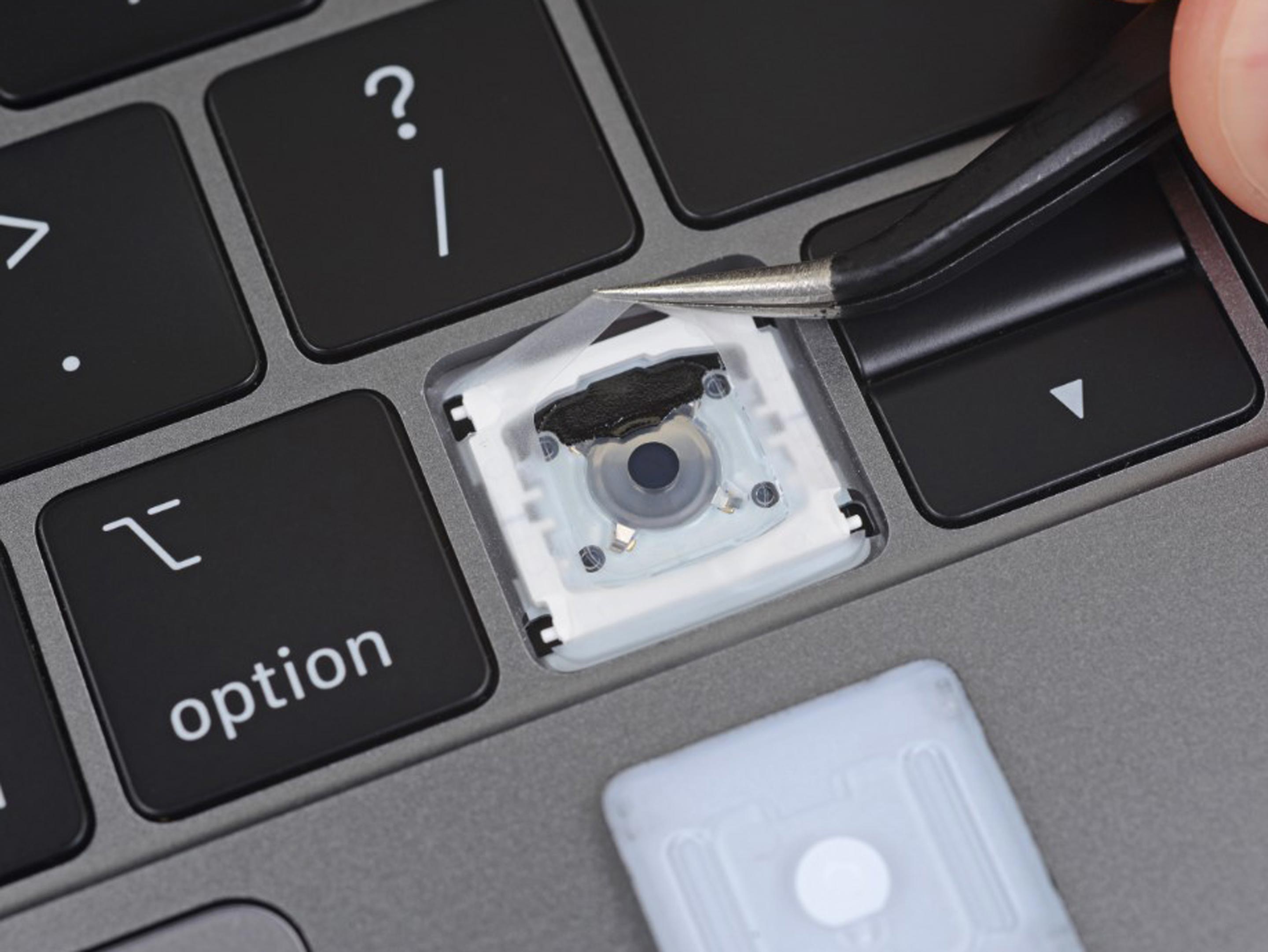 Like its more expensive siblings, the new base model MacBook Pro features Apple’s generation 3.5 butterfly keyboard switches. Whether the new keyboard is any more reliable than the company’s past butterfly keyboards remains to be seen.

After completing its teardown of Apple’s newest laptop, iFixit awarded the new MacBook Pro a repairability score of two out of 10.

Working against the computer, both the RAM and SSD are soldered to the logic board, making it impossible to upgrade or replace those components. Similarly, the battery assembly is glued to the case, complicating the most frequent repair laptop owners attempt on their own. It also doesn’t help that Apple hasn’t moved away from using pentalobe type screws throughout the device.

The one positive is that it’s possible to remove the trackpad without affecting the battery.

Read iFixit’s full teardown of the MacBook Pro on the company’s website.