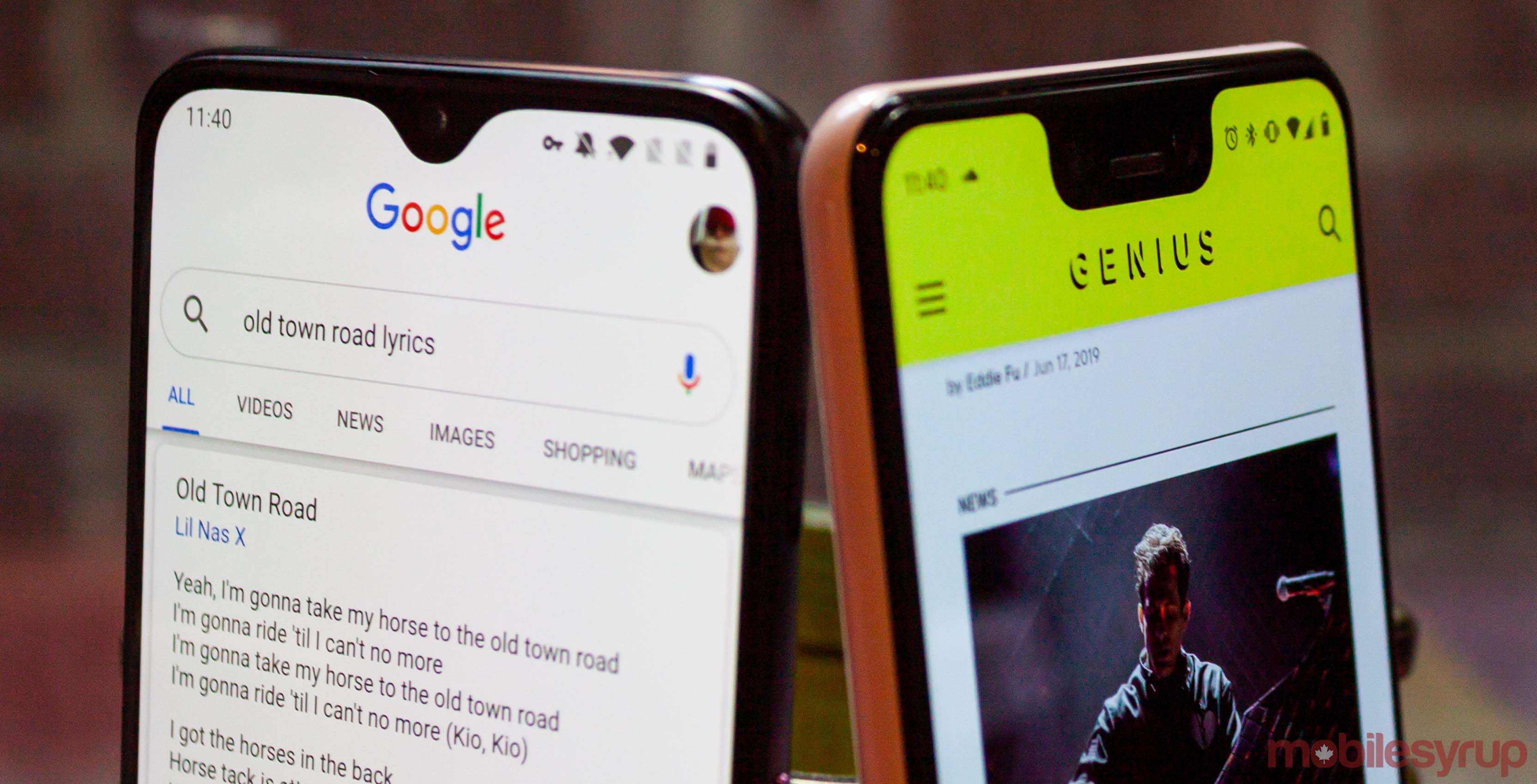 If you’ve ever found yourself looking up the lyrics to a song, you may have noticed Google surfaces lyrics right in search — you don’t have to go wading into individual sites to find lyrics in most cases.

While it’s convenient for users, some lyric hosting sites have taken issue with the feature. Genius, in particular, which provides song lyrics, interpretations and more, thinks Google is stealing its traffic and its lyrics.

According to the Wall Street Journal, Genius believes Google copies its lyrics verbatim and surfaces them in search results. The American media company says the proof is in the punctuation.

Genius says it purposefully alternated between straight and curved apostrophes in its lyrics. Think of it as a sort of textual watermark used to identify the company’s lyrics.

In a statement provided in full to both the Wall Street Journal and Engadget, Google denies wrongdoing and says it takes copyright “very seriously.” You can read the full statement below:

“The lyrics displayed in the information boxes and in Knowledge Panels on Google Search are licensed from a variety of sources and are not scraped from sites on the web. We take data quality and creator rights very seriously, and hold our licensing partners accountable to the terms of our agreement. We’re investigating this issue with our data partners and if we find that partners are not upholding good practices we will end our agreements.”

Google sources the lyrics from external partners to include in its search results, specifically in the Knowledge Panel — those small boxes of helpful information typically placed about the search results. One of those partners, LyricFind, told the Wall Street Journal that its staff “do not source” lyrics from Genius. Neither LyricFind nor Google directly addressed the matching apostrophe issue.

Despite the allegation, there has been no formal action against Google. Genius claims Google is violating both antitrust law and its terms of service. Further, the company alerted the search giant to the reported misuse in 2017.

If Genius pursues the case directly, it might not have much success as it doesn’t own the lyrics, it’s just allowed to display them. However, the accusation comes at a poor time for Google as it deals with the European Union’s successful antitrust cases. Additionally, rumours suggest the U.S. Justice Department could be readying an antitrust investigation. The Genius allegation suggests possible anti-competitive behaviour in other areas of Google’s business, which may potentially worsen the situation for the search giant.