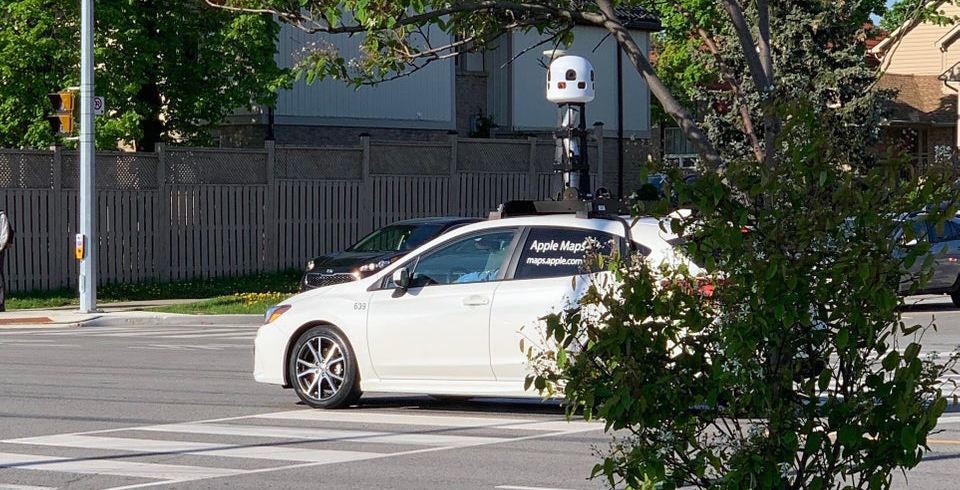 Apple Canada announced yesterday that it will be making improvements to its iOS Maps app by “driving across Canada throughout the summer.”

Apple noted that the vehicles will “be capturing road details, signage and landmarks — all to make the most accurate and useful Maps experience possible.”

The dates listed for all locations range from May 2019 to November 2019. However, a keen eye on Reddit noticed the Apple Maps car is already capturing data in the core and surrounding areas of Toronto.

Apple stated it plans “to publish this data in a future product update” and early rumours point to the company preparing to compete with Google Maps’ Street View feature.

Update 30/05/2019: MobileSyrup reader @RobFoster03 reached out to us on Twitter stating that he caught a glimpse of an Apple Maps car in Toronto’s Steeles and Highway 27 area.