This is a nice feature that the relatively new app needed to replace Google Play Music, which the company has slowly stopped supporting.

The website MSPoweruser found the change earlier today. However, the feature hasn’t hit any of our devices yet, so it appears to be rolling out in waves.

The site found the change in the ‘Artists’ section, where there are now two tabs along the top of the page. One for ‘YT Music’ and the other for ‘Device files.’ 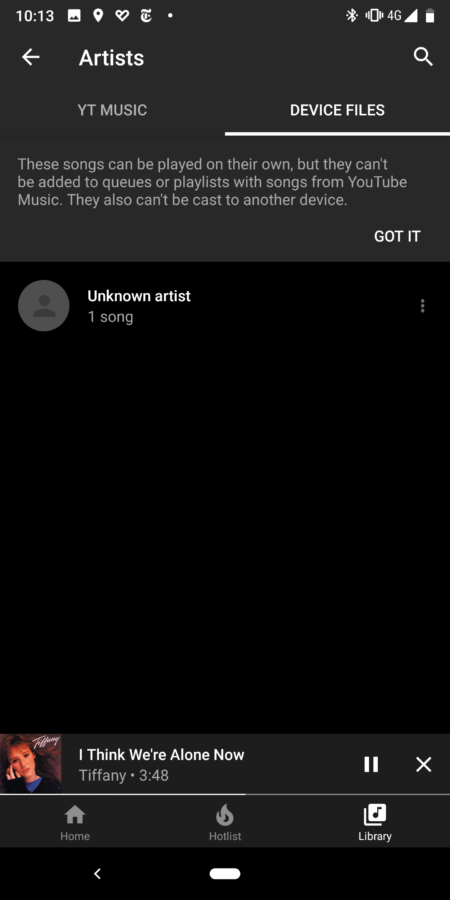 Ideally, the YouTube team will expand on this feature, so that it’s in more than just the ‘Artists’ section, but for now, this is a step in the right direction.

On top of that if it adds the ability for users to upload their own music to the cloud like Google Play Music does that would be a great addition to the app.