LG G8 ThinQ Review: You’ll want to touch this one 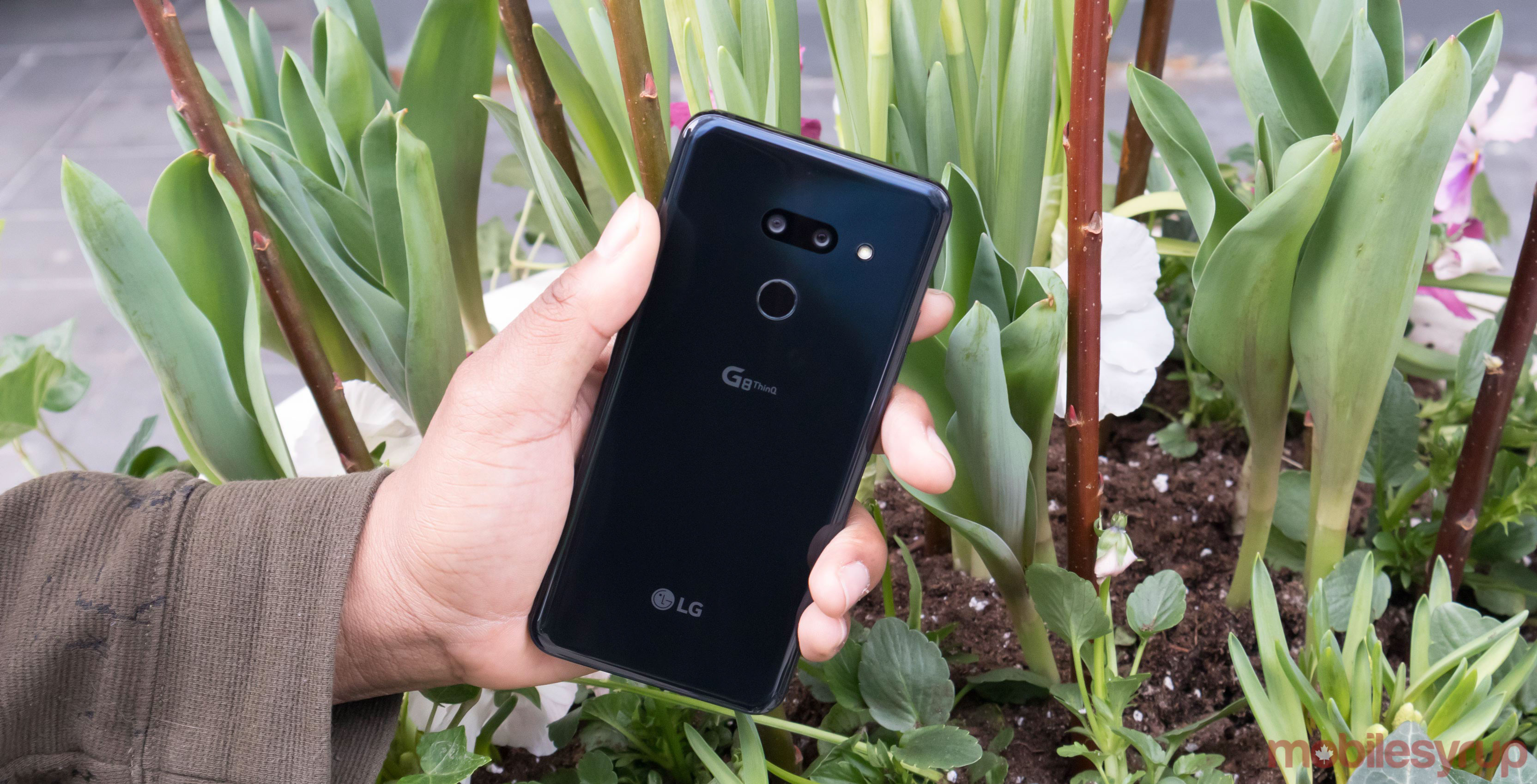 When I was growing up, I always loved smartphones with fascinating, though sometimes gimmicky features.

For example, when features like Touch ID and Face ID came out, I was instantly envious of iPhone users. Even though I knew that I didn’t really want to use the iPhone 5S or the iPhone X, I still wanted those features.

HTC’s U11 also caught my attention because of the phone’s ‘Edge Sense’ technology. I thought that feature was useful and I was happy Google applied it to the Pixel 2 and Pixel 3 with ‘Active Edge.’ Further, I found the LG V10 and V20’s ‘Second screen’ to be a neat concept as well.

Now we have the G8 ThinQ.

Even though I love to show off the phone’s new Air Motion and Hand ID features to friends, and I think there is a possibility this functionality could evolve to become more impressive, it has a long way to go before it could be considered worthwhile. 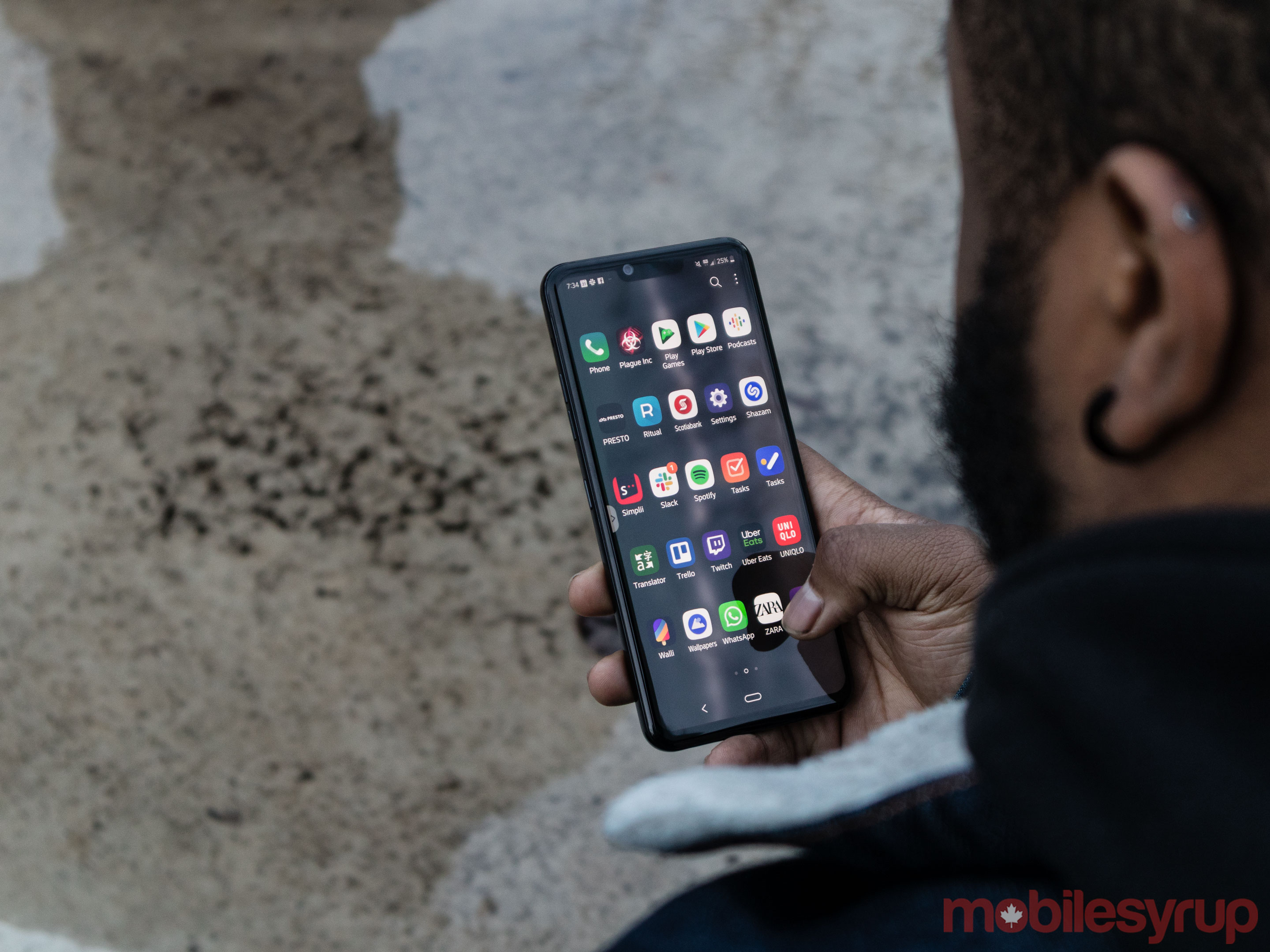 The screen is colourful, vibrant and bright. However, with a peak brightness of 600 nits, the G8 doesn’t get as bright as last year’s G7 ThinQ, which featured a mode that temporarily boosted the brightness of its display to 1,000 nits.

Although the display is not as bright overall, I haven’t experienced issues reading text or watching videos in direct sunlight.

While previous generation LG OLED displays have suffered from issues related to screen burn-in, I haven’t experienced problems with the G8’s OLED panel during my time with the device.

The G8 ThinQ features a flat display with rounded bezels that wrap around the phone’s edges and then seamlessly connect with the screen, whereas the G7’s edges were almost sharp.

I typically find that curved displays help enhance viewing experiences as they make videos more immersive. However, flat screens make it easier to avoid accidental screen touches. Because of this, I can’t fault LG for not following in the footsteps of Samsung and Huawei.

Similar to other smartphones you can also change the screen colour temperature of the G8 ThinQ to suit your personal taste. 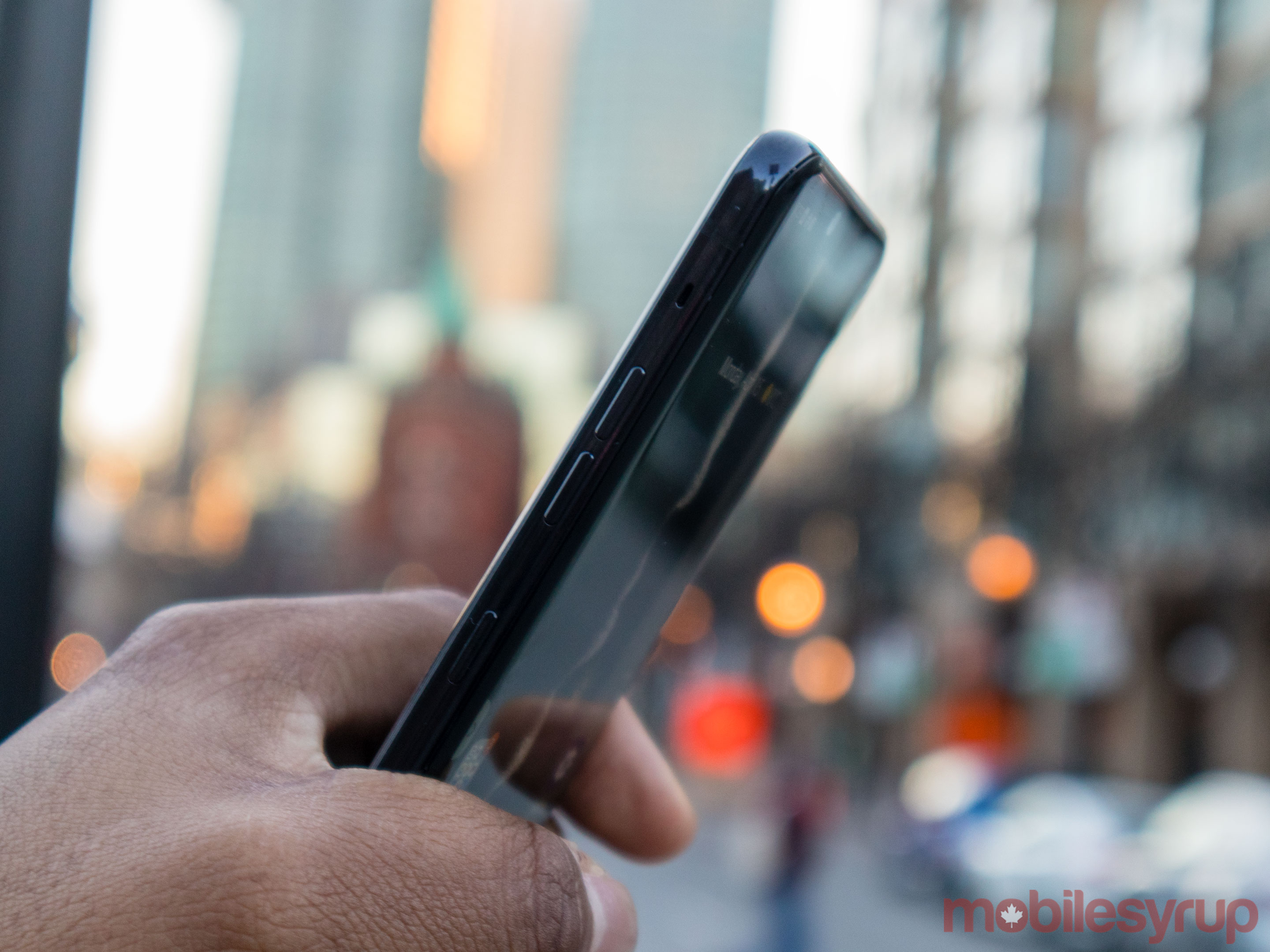 The G8 ThinQ sports an iPhone X-style notch, a flat screen and more bezels around the edges than what belongs on any 2019 flagship. Within the notch, the phone features a time-of-flight sensor and an 8-megapixel camera. The handset also includes a bottom firing speaker, a USB-Type C port and a standard headphone jack. Similar to the G7, on its left side, the G8 features a volume rocker and a dedicated Google Assistant button. The right side of the device features the smartphone’s power button and a hybrid SIM and microSD tray.

On its back, the G8 ThinQ features its fingerprint scanner and a dual camera setup with a dual LED flash. To my surprise the G8 doesn’t feature a camera bump, making the rear of the device completely sleek.

While I appreciate this design choice, when you lay the smartphone down on a flat surface, it typically begins to slide.

This experience becomes even worse when playing music, as the Boombox speaker — technology that vibrates the air inside of the handset to amplify sound — causes the G8 ThinQ to vibrate a lot. I’ve seen the phone almost fall off a flat surface while playing music at high volumes.

Further, the G8’s design, while lacking a camera bump, is still unimaginative. iPhone X-style notches are quickly beginning to feel dated in spite of the fact that I still like them, and the phone has quite noticeable bezels.

Additionally, LG adding more spec configuration options such as RAM, storage and size variants to the phone would have been preferable as this is quickly becoming common with other smartphone manufacturers.

Generally, LG’s G8 aesthetically doesn’t offer enough to separate it from last year’s G7. While I also, don’t want to fault the LG for the design, it’s definitely not a pro. it’s worth noting that the rear of the device is a fingerprint magnet, so watch out for that as well. 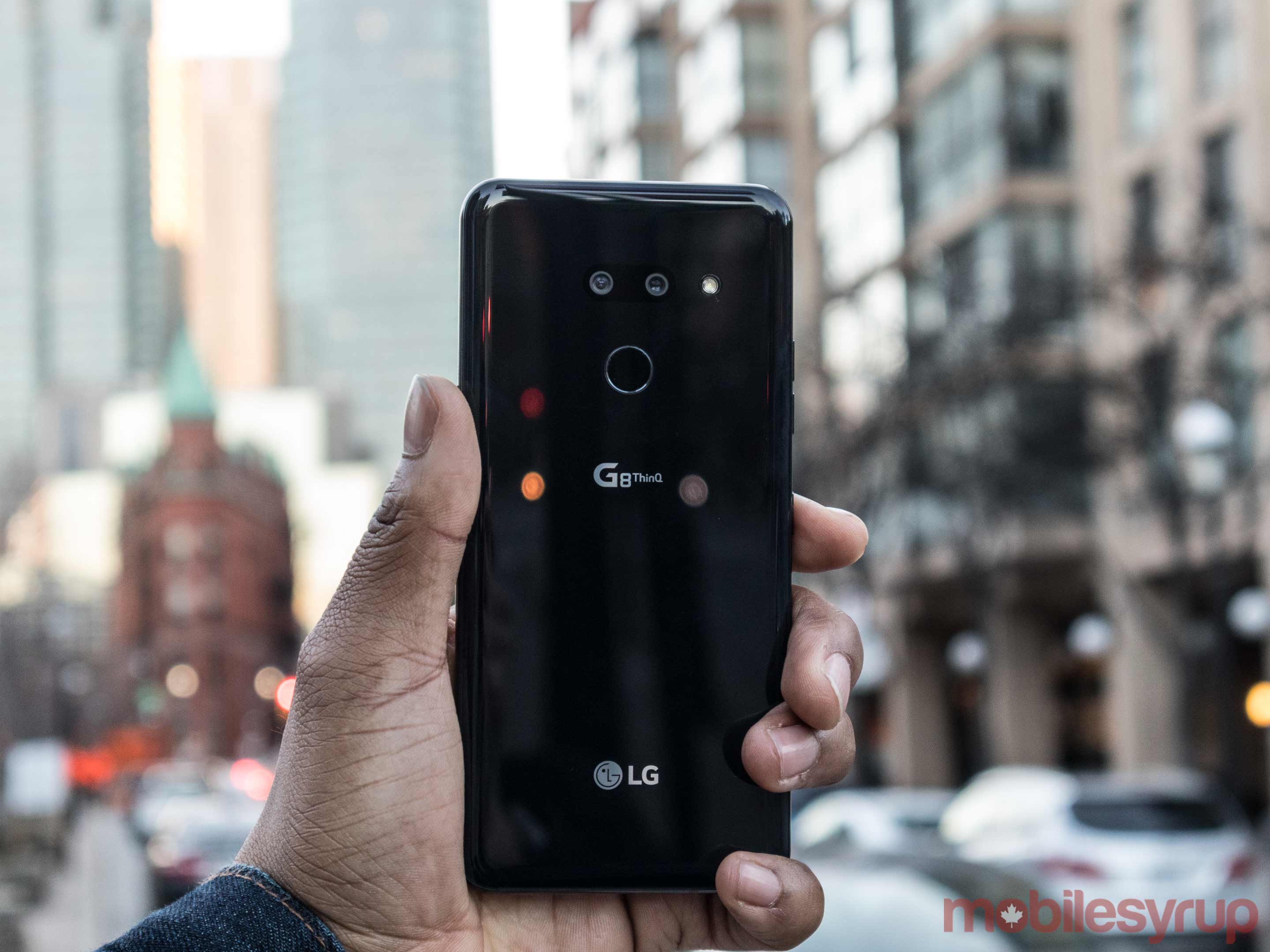 Camera-wise, I found the G8’s dual rear-facing shooters are lackluster.

Its standard camera features a 12-megapixel sensor, and beside it, there’s a 16-megapixel ultrawide shooter without autofocus. The pictures I took looked good and retained colours, but are slightly colder. Further, when you zoom in, they aren’t sharp. Images are quite bright, and the device has a Night View mode that can make images even brighter in the dark. That said, it pales in comparison to the Pixel 3 XL or P30 Pro. 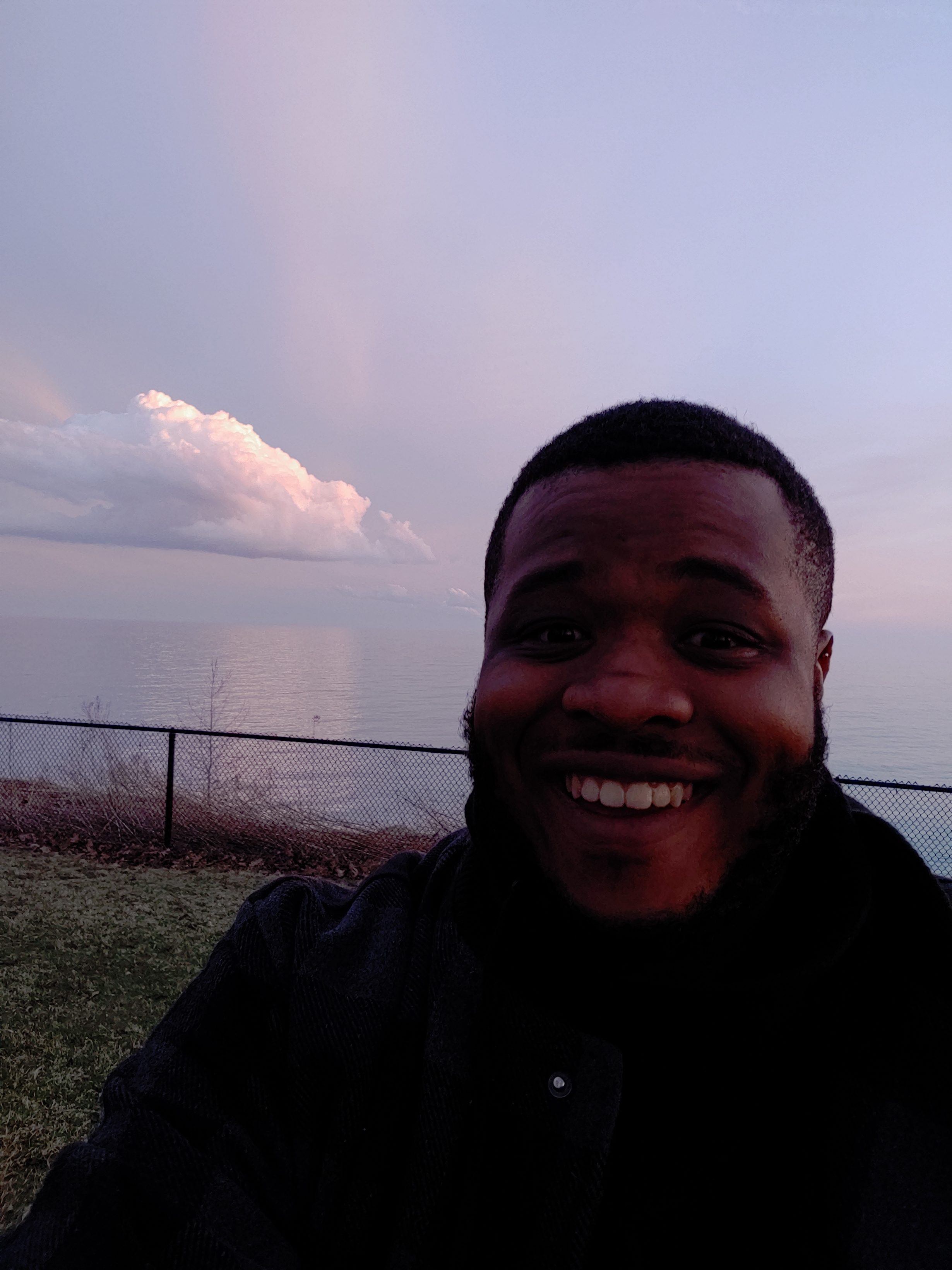 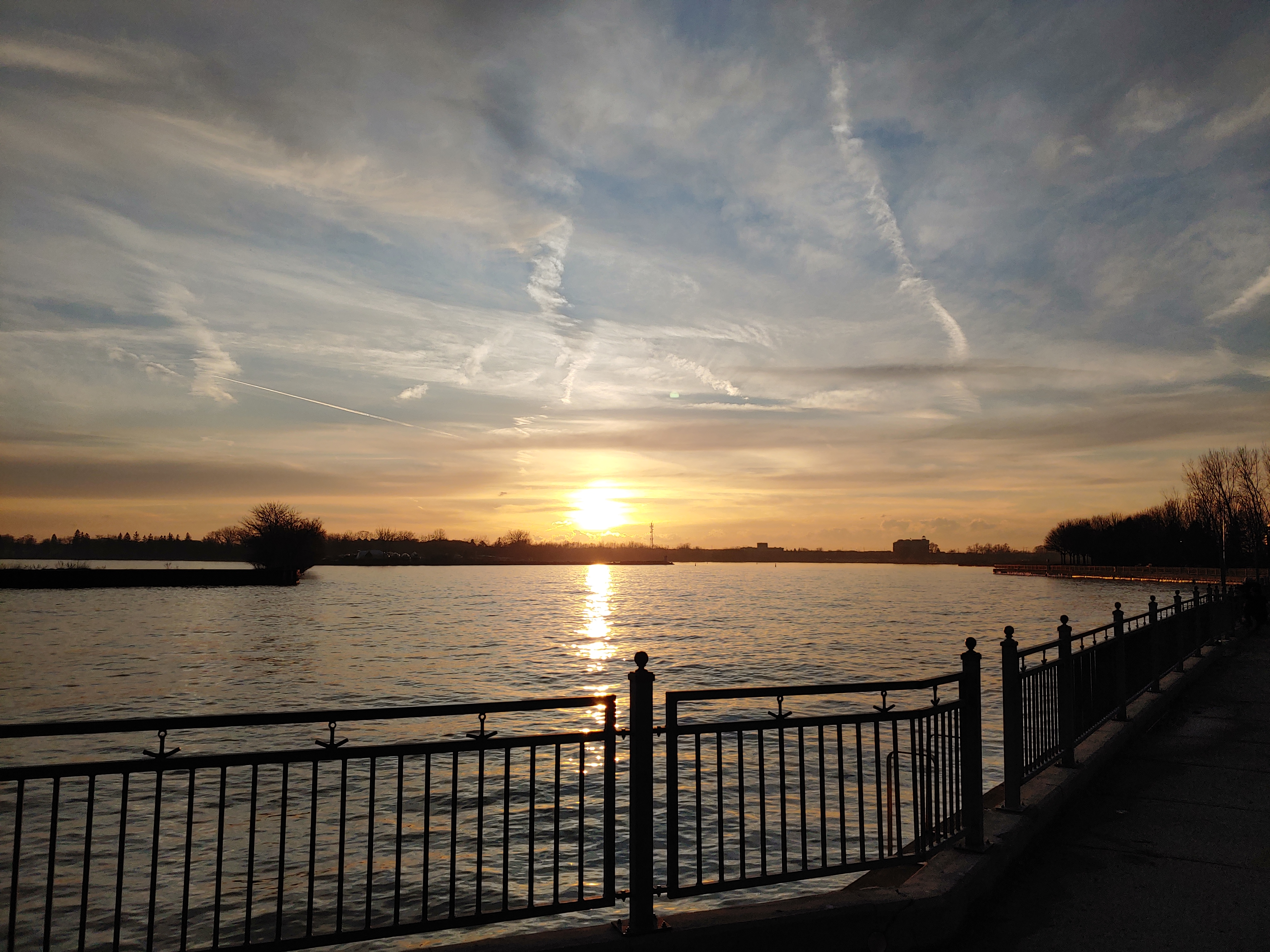 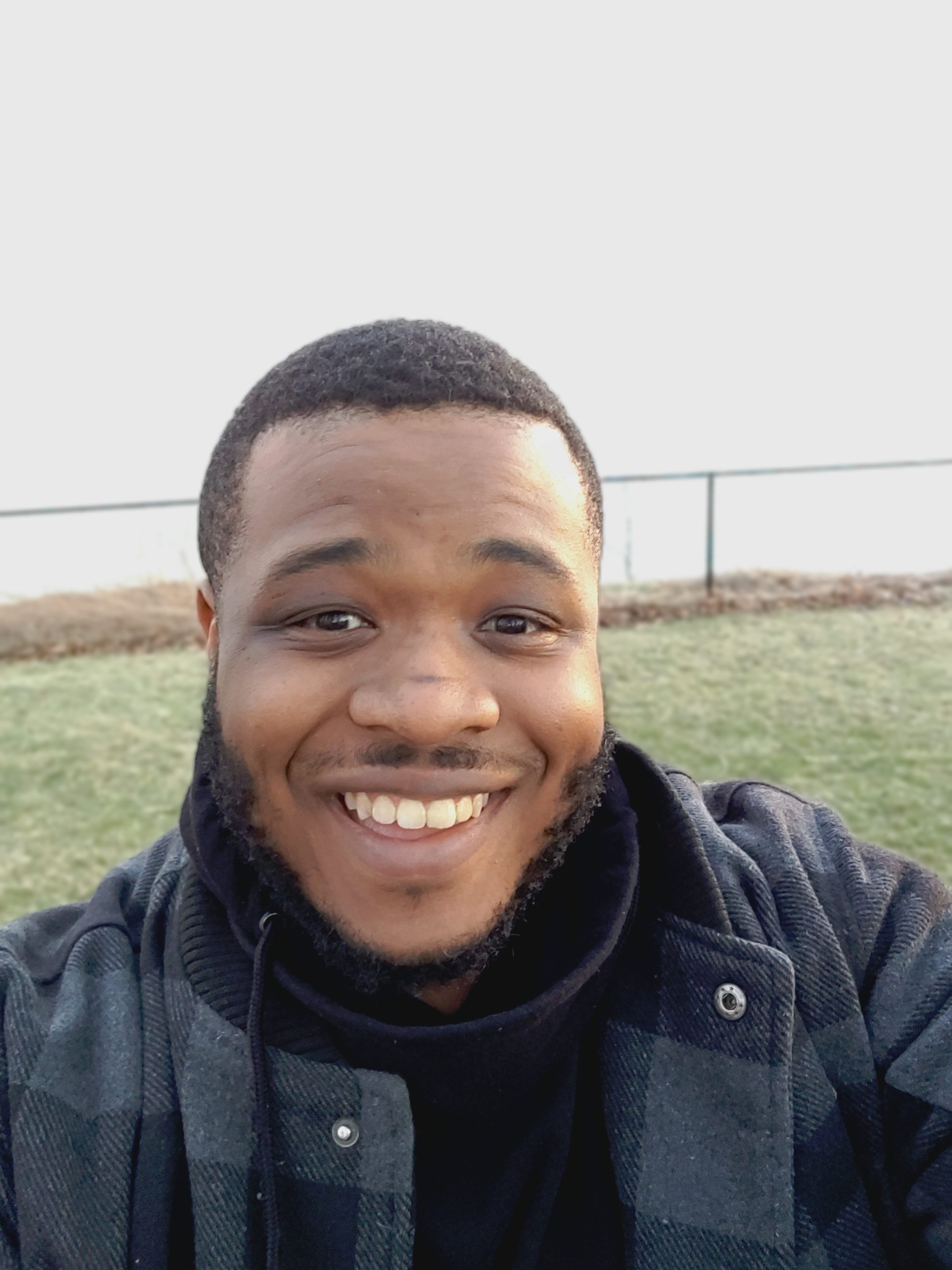 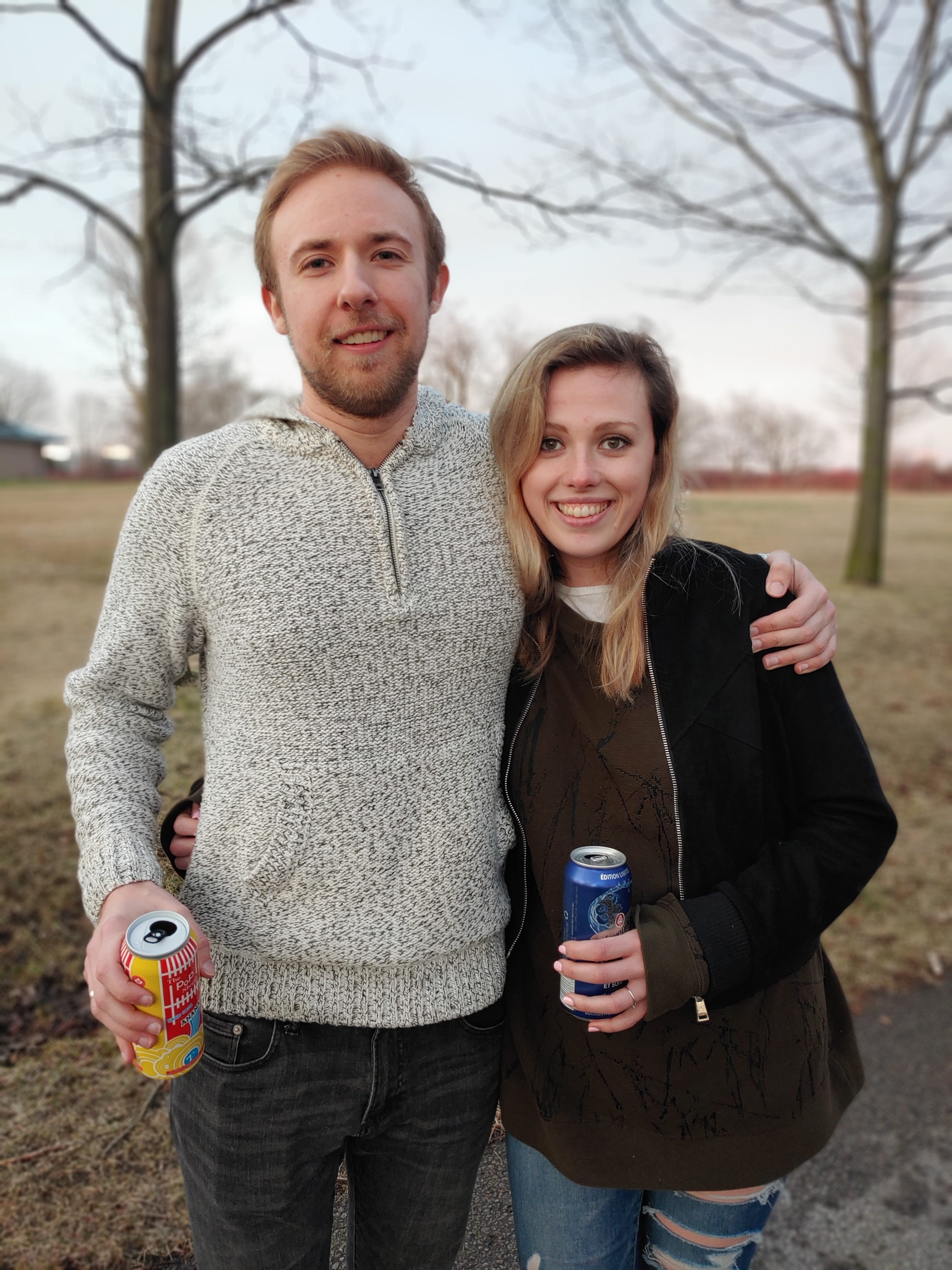 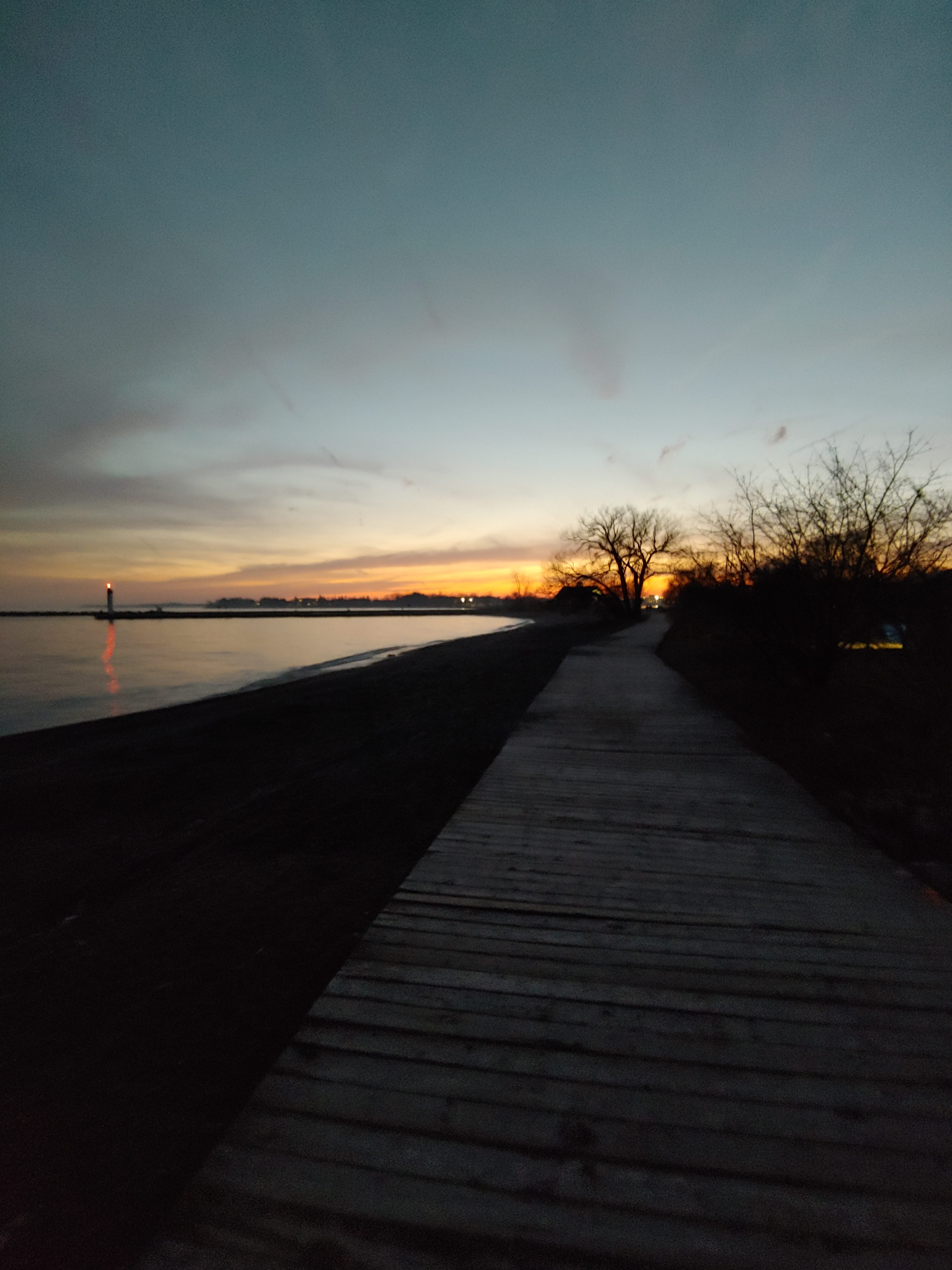 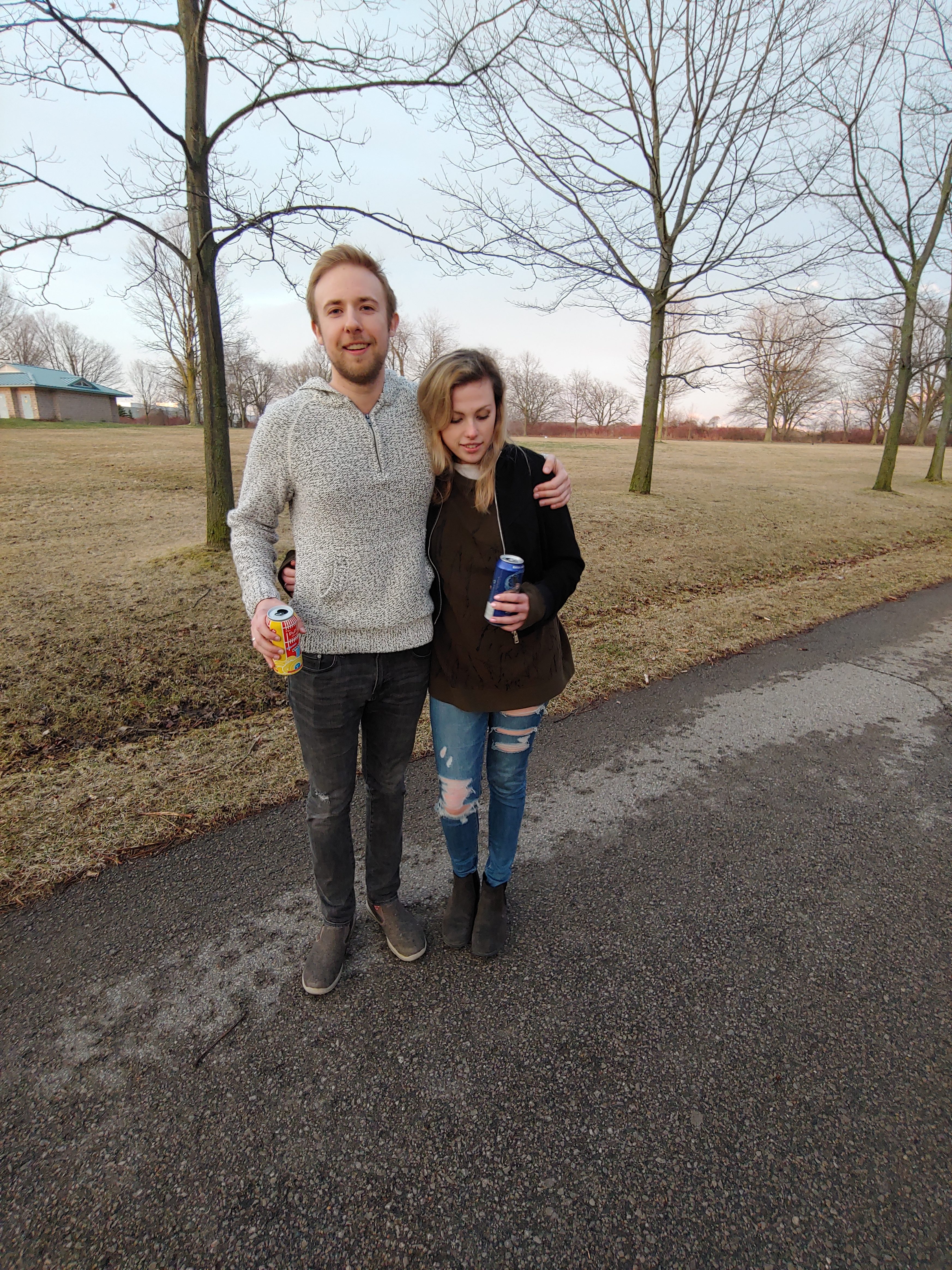 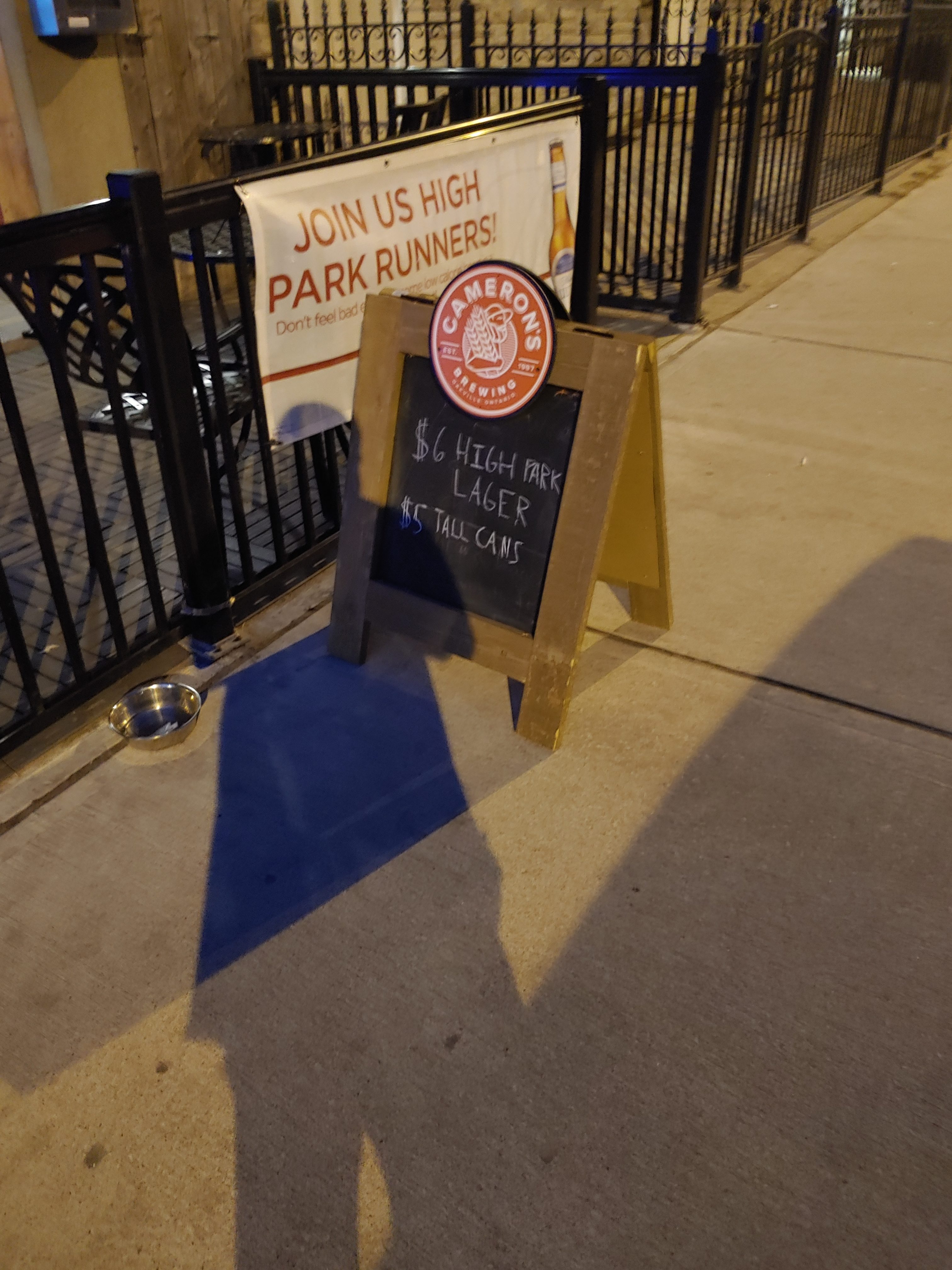 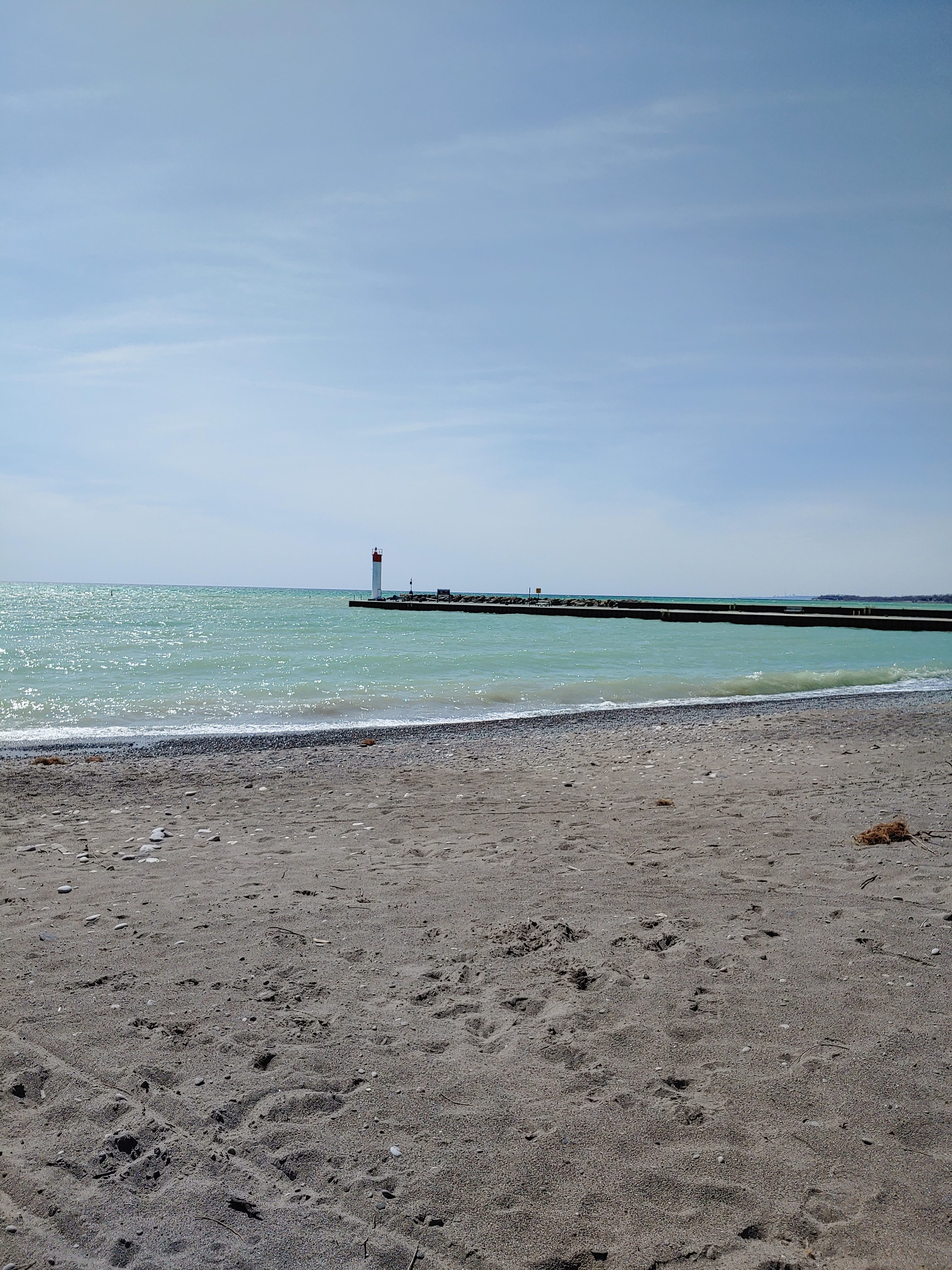 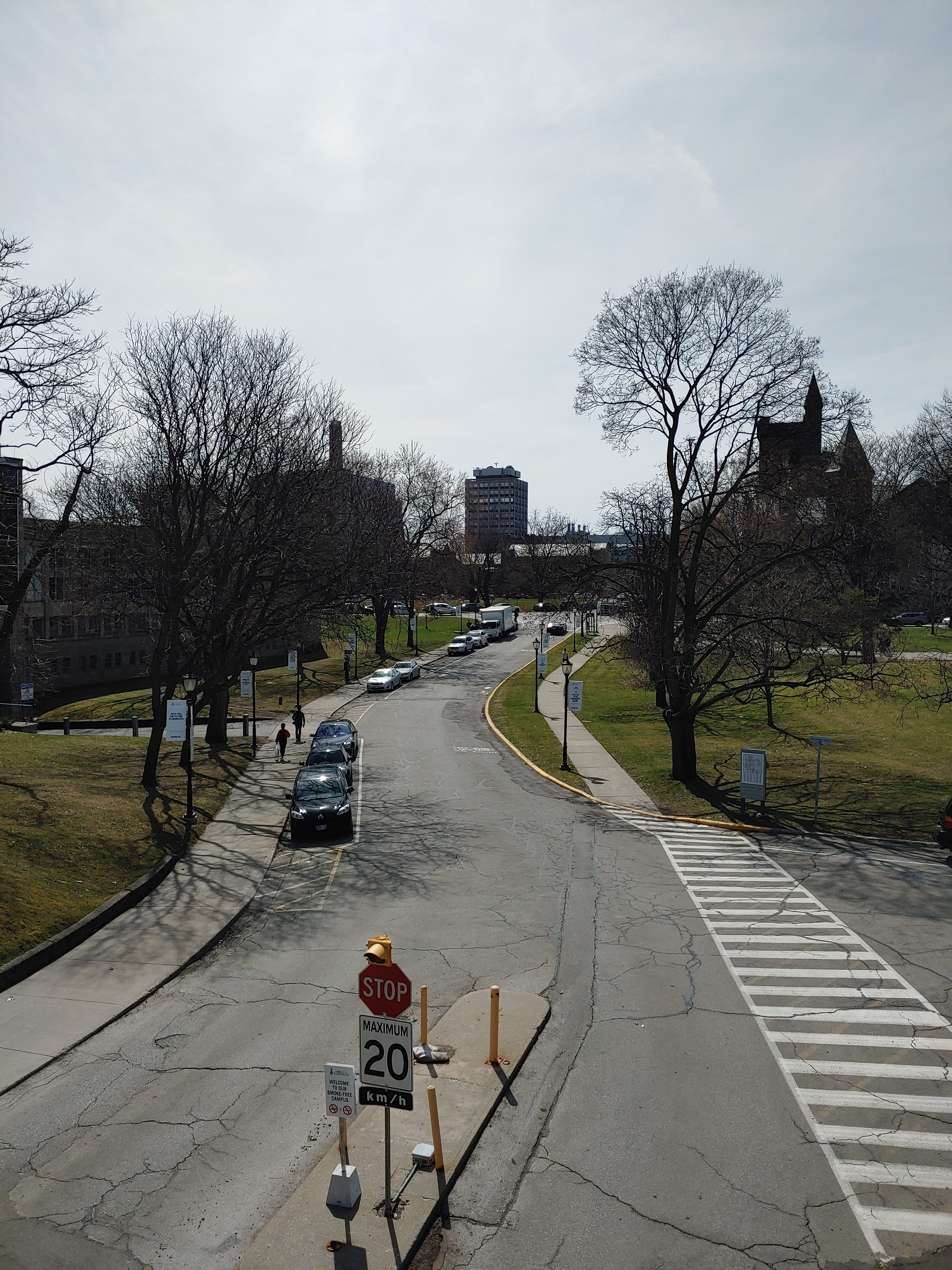 The handset has an ‘AI’ mode that allows it to adapt the camera settings to what you’re pointing the camera at.

The phone’s selfie camera overexposes the background, and even with a time-of-flight sensor, I find portrait shots don’t create an adequate sense of depth. Phones like the Pixel 3 XL and the S10+ do a better job offering a greater level of depth-of-field. I was expecting a pronounced bokeh with the addition of the time of flight camera, but I was left unimpressed.

Overall the G8’s camera performance is okay, but there are better shooters out there featured in other 2019 smartphones. 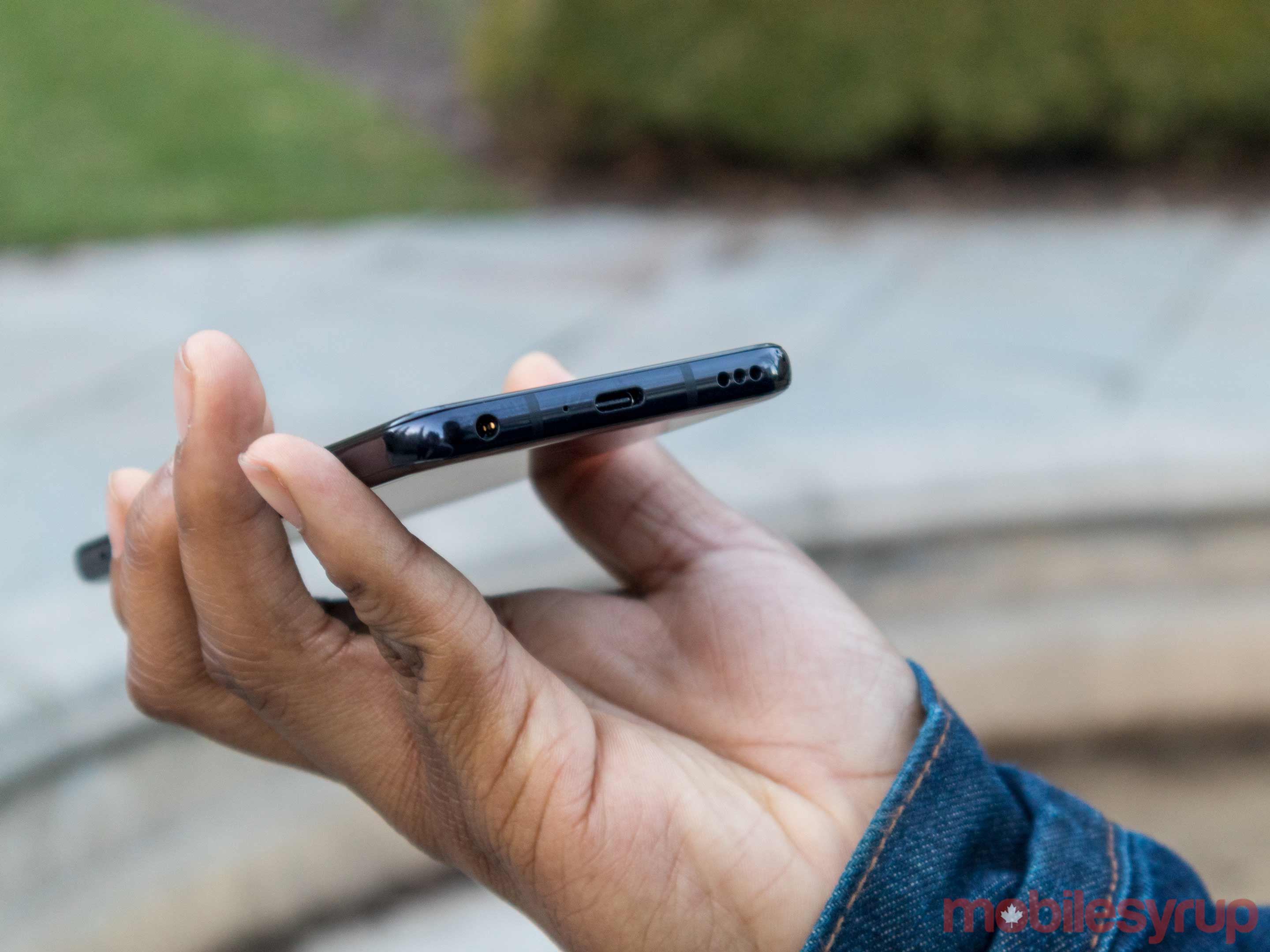 The sound gets a little boxy when the phone’s playing audio with deep bass, but this only happens at high volume levels.

The phone features DTX 3D surround sound which helps distinguish audio when you’re watching content that supports it. This experience gets even better when you’re listening to music with wired headphones.

Like the G7, the G8 has the Boombox speaker, mentioned above, which can also amplify sound when laying on a surface. What might be a concern for audiophiles is that the G7 can get louder than the G8.

Touching your phone is overrated 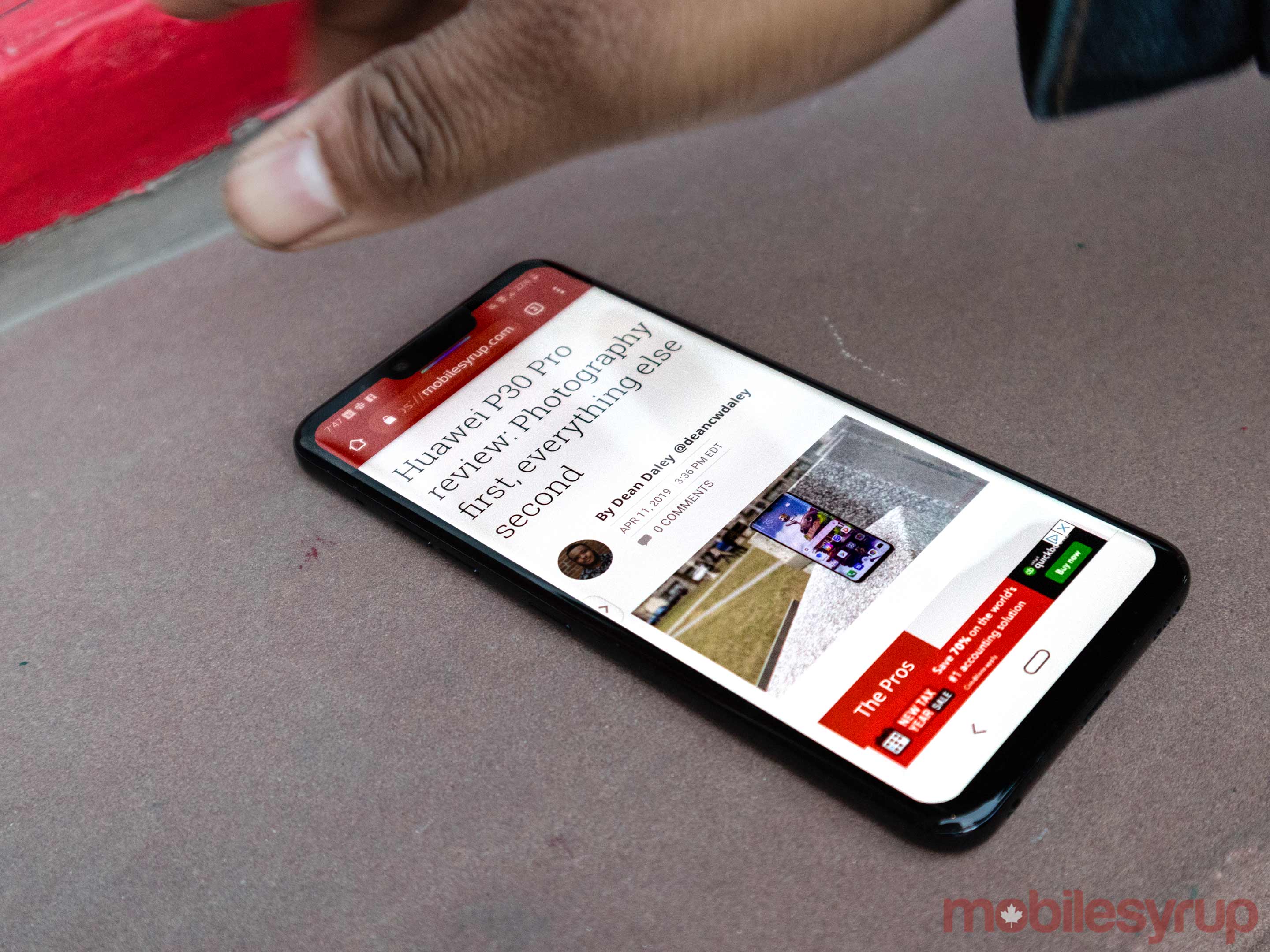 Hand ID is the G8’s functionality that allows the phone’s Z Camera, a time of flight sensor, to read the veins in the user’s hand as a way to unlock the device.

LG says that Hand ID is even safer than a fingerprint scanner. While that might be true, unfortunately, the technology isn’t as quick.

What’s worth noting is that the handset itself doesn’t explain how to use Hand ID well. After LG sent a tutorial on how to use the feature, it became a lot easier.

Hand ID works best if the device is laying flat on a surface.

I find that I can get Hand ID to unlock my device seven out of ten times. On occasion, it takes up to 15 seconds before I get my hand in the right spot, which is partially user error. But I wish this technology was more flexible.

Air Motion utilizes the phone’s time of flight sensor to read hand gestures above the sensor. Air Motion can open different apps, take screenshots, perform in-app actions and answer phone calls. While it works well, it’s a difficult feature to sell. Air Motion works best when you’re not holding the device, similar to Hand ID, but requires users to keep their hand raised above the TOF sensor for a moment, then raise your hand like a claw and swipe right or left to decide which app to open.

Within music apps, users can perform the same gesture to pause, play and control the volume.

However, this process takes too long, and half of the time it’s quicker to pick up my phone.

LG wants its G8 owners to use Hand ID, and Air Motion, when they’re hands are too dirty or wet to touch the device physically. However, even when I’m cooking or washing the dishes, I still find that it’s easier to wipe my hands off to unlock the handset, than wait for Hand ID.

If there were a way to open more than two apps, check notifications, and if it worked quicker, I’d be happier with it.

Air Motion and Hand ID are software based so there is a possibility that LG could improve it in the future, similar to HTC’s Edge Sense, but at its current stage, while impressive, needs to be more useful. 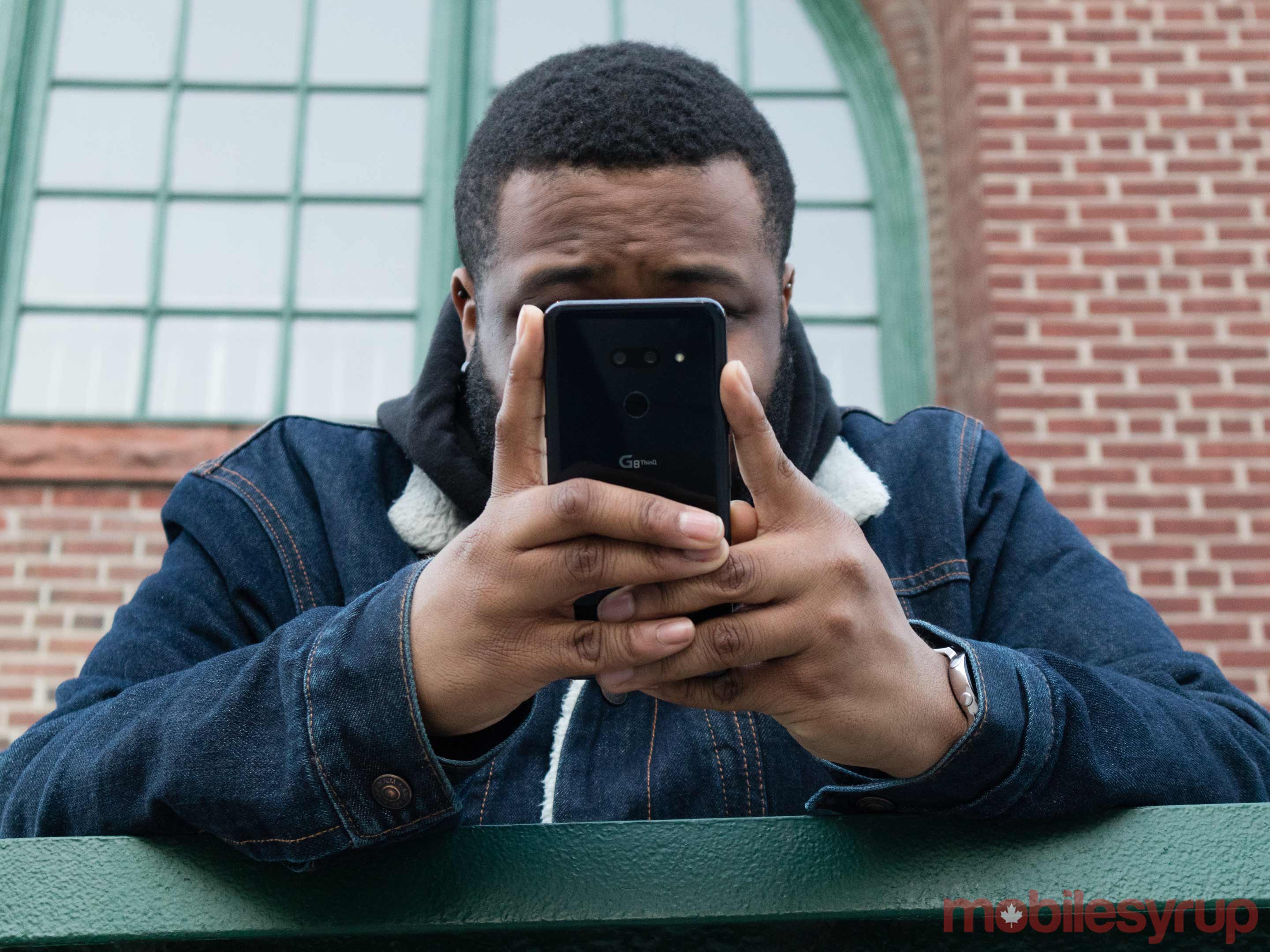 I was able to squeeze out at most about six hours of screen time during my time with the phone. The ThinQ’s battery can last the entire day, especially during the week when I’m working and not using the phone consistently and have the brightness set pretty low. However, if I were to go out for the day, and use Bluetooth headphones to listen to music or watch videos on YouTube, I’d consider bringing the phone’s charger.

The G8 ThinQ has a Snapdragon 855 chipset with 6GB of RAM. It’s quick and I never really found the phone slowed down whatsoever during its usage, even with switching between apps and scrolling through Instagram, Reddit and Facebook. And the handset benchmarks with the best of them.

I played Asphalt 9 Legends for ten minutes, and it went without any slowdown or issues. After about ten minutes of playing, the handset warmed up a tad but it was still quite manageable, and I could have continued. 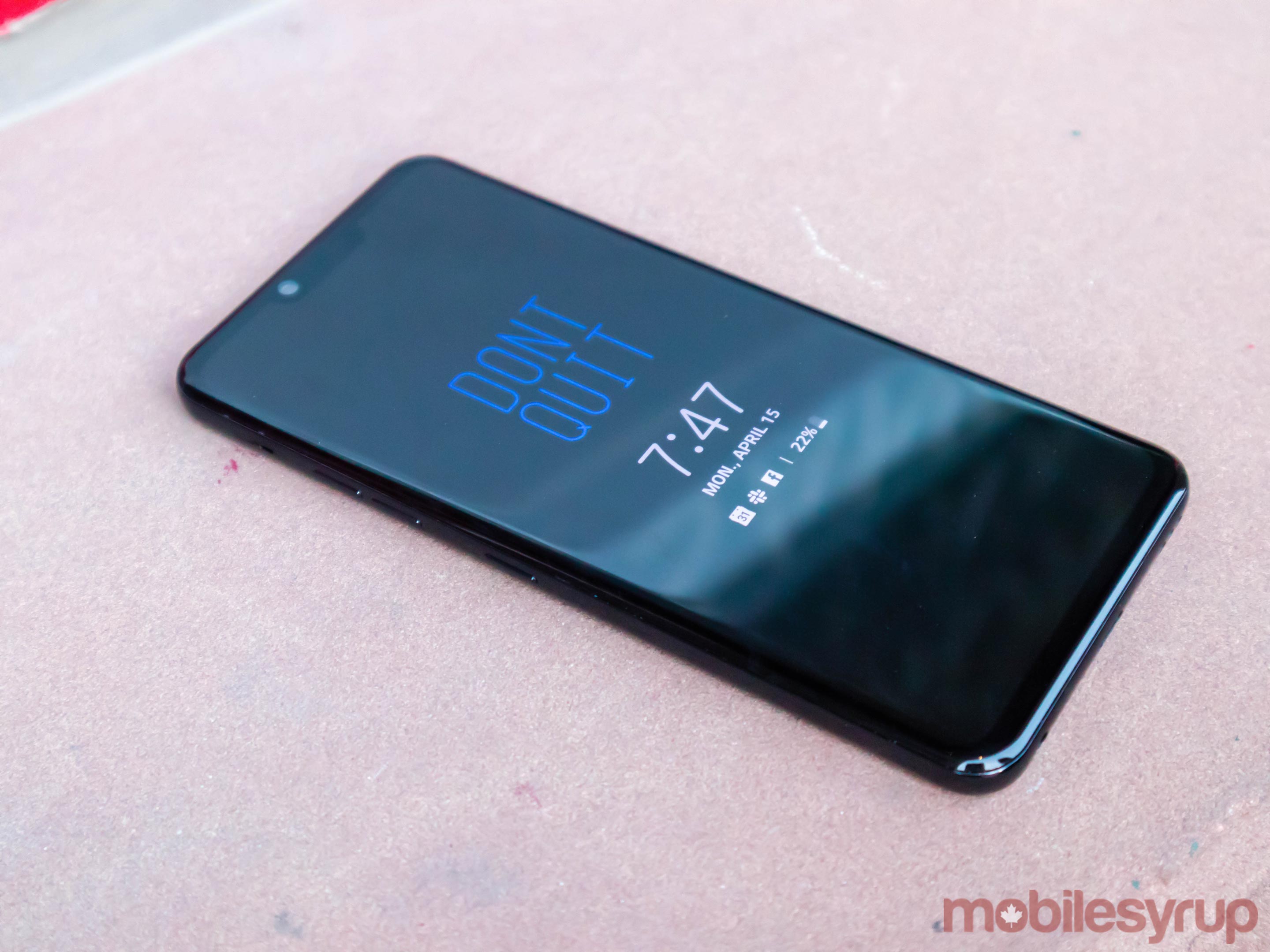 LG ships the G8 ThinQ with Android 9 Pie and the company’s UX skin on top.

LG UX features the ‘Floating Bar,’ that works like the Second screen on LG’s older V series handsets, as well as an Always on display that can sport pre-uploaded GIFs and messages and ‘Dual App’ to use a copy of an app so that users with multiple Twitter or Messenger apps can use both of their accounts.

Additionally, when the device is locked, a blue light will go around the whole display whenever the user gets a notification, sort of like Samsung’s Edge lighting.

The G8 ThinQ feels like the S version of the G7 ThinQ, or a prototype of a still-in-development upcoming LG flagship handset.

The phone features the right 2019 flagship specs, but lacks an attractive design, good camera and only comes in one configuration. Even with Hand ID and Air Motion, the G8 doesn't stand out from the pack of other 2019 handsets in any notable way.

Now that I've grown up I am still attracted to phones with fascinating gimmicky features, but I also review devices and I require something that meets modern standards, not just a cool feature to show off. The G8 is a good phone, but there are better.

The LG G8 ThinQ is available in 'Midnight Black' at a variety of Canadian carriers. Outright pricing for the phone ranges from $1,049 to $1,249 depending on the carrier.

Now that I've grown up I am still attracted to phones with fascinating but gimmicky features, but I also review devices and I require more than gimmicks in a handset before truly calling it great.