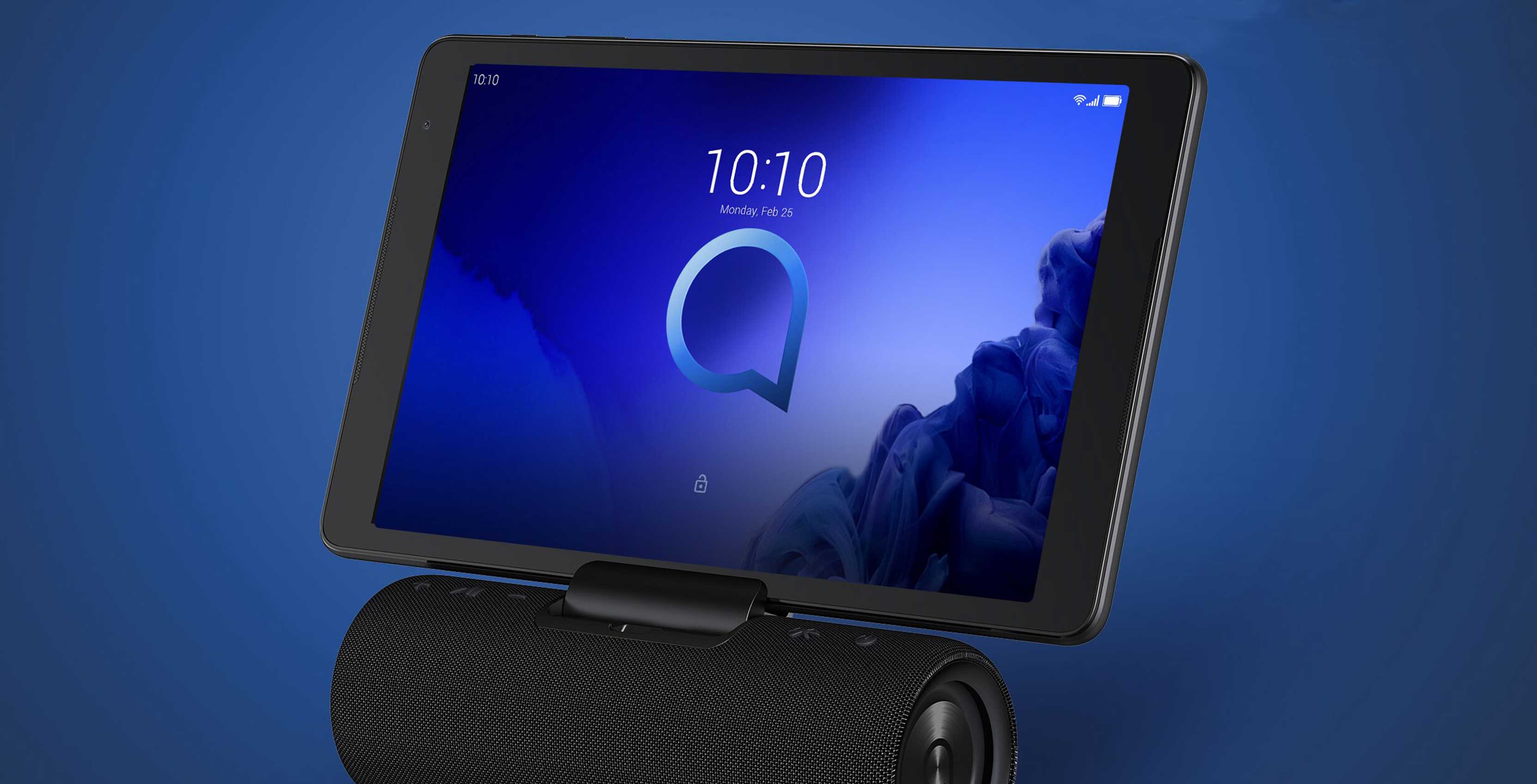 The device looks like a regular 10-inch tablet, but it connects to a speaker dock that turns it into more of a smart home device.

The tablet features far-field microphones built into it making the device capable of hearing Google Assistant voice commands from across a room.

Storage wise the tablet includes 32GB of built-in storage that’s expandable up to 128GB through microSD. The tablet also features 3GB of RAM.

Alcatel built a SIM card slot into the tablet so users can take it on the go and stay connected to the internet.

There are two speakers on either side of the 3T 10, as well as a headphone jack. The tablet has a 4,080 mAh battery which Alcatel says should last for 4.5 hours of video talking time according to Alcatel.

The speaker attachment, on the other hand, features a 2,000 mAh battery that lasts seven hours, according to Alcatel. It’s also capable of charging the tablet when the two devices are connected.

The speaker consists of two 5w 40mm speakers, and besides connecting to the tablet, the speaker also features an AUX port and Bluetooth connectivity.

We’ve reached out to TCL and Alcatel for more information about Canadian availability and pricing.

You can’t use your tablet on Rogers 5G, but that could change soon