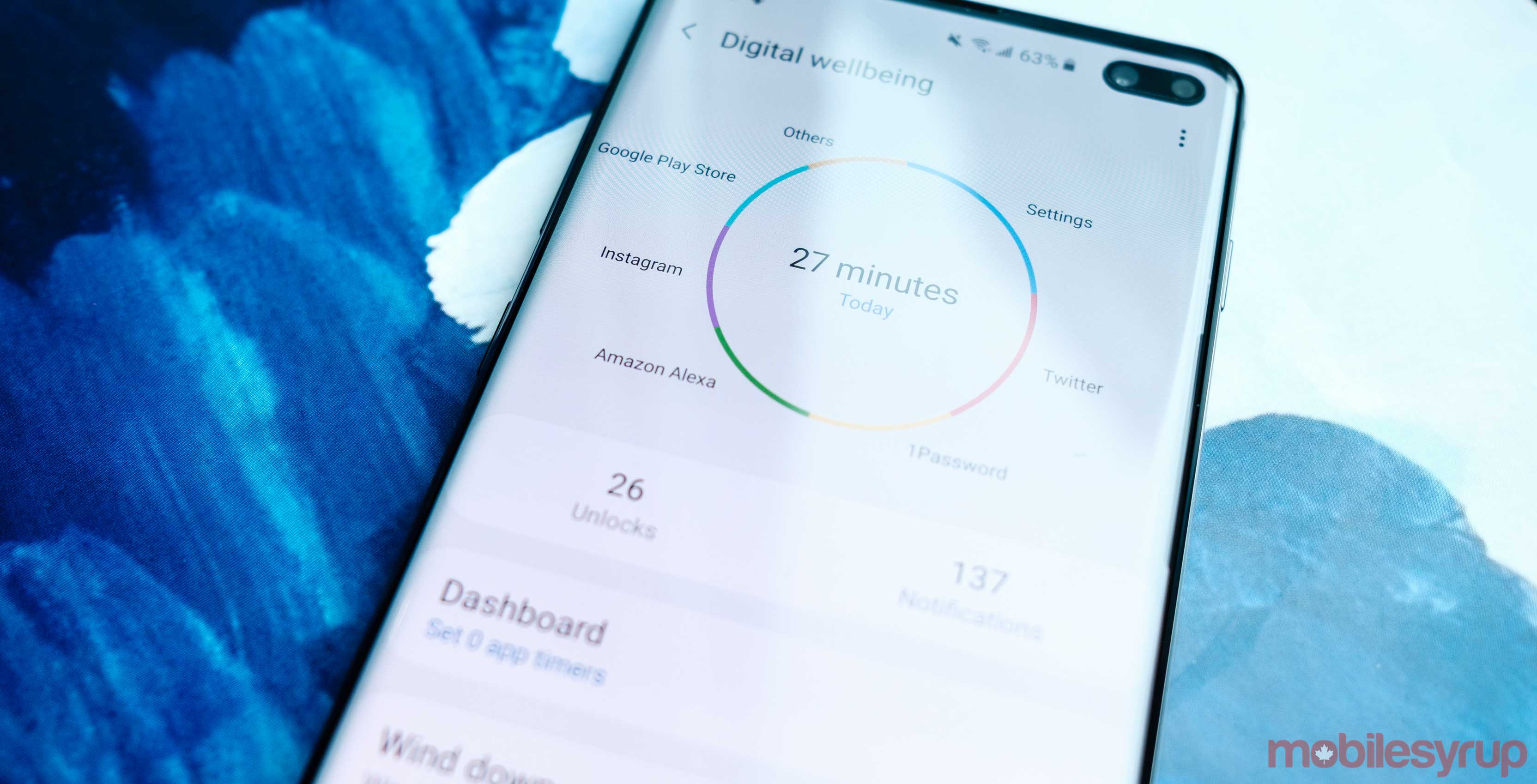 It’s not often Samsung phone owners get the chance to be among the first Android users to check out a new Google feature, but that’s the case with Digital Wellbeing and the South Korean firm’s new Galaxy S10 smartphone.

The S10 is one of the first non-Pixel devices to include access to Google’s Digital Wellbeing platform. What’s more, the app comes preinstalled on the new phone.

XDA Developers was the first website to notice Digital Wellbeing’s inclusion on the S10. We’ve been able to confirm the app comes pre-installed on the Galaxy S10 using the review unit provided to MobileSyrup by Samsung. What’s perhaps more interesting here is that Samsung is shipping a stock, as opposed to skinned, version of the app.

Google announced Digital Wellbeing at its annual Google I/O developer conference in 2018, highlighting it as one of the major new tentpole features of Android P. Since then, the platform has only made its way to a handful of Android smartphones, including Google’s own Pixel lineup and Android One devices like the LG G7 One.

Like Screen Time on iOS, Digital Wellbeing is designed to help users manage their device usage. The included dashboard provides a visual breakdown of daily app usage, including information like how many times the user has unlocked their device.

The Galaxy S10 arrives in Canada on March 8th.