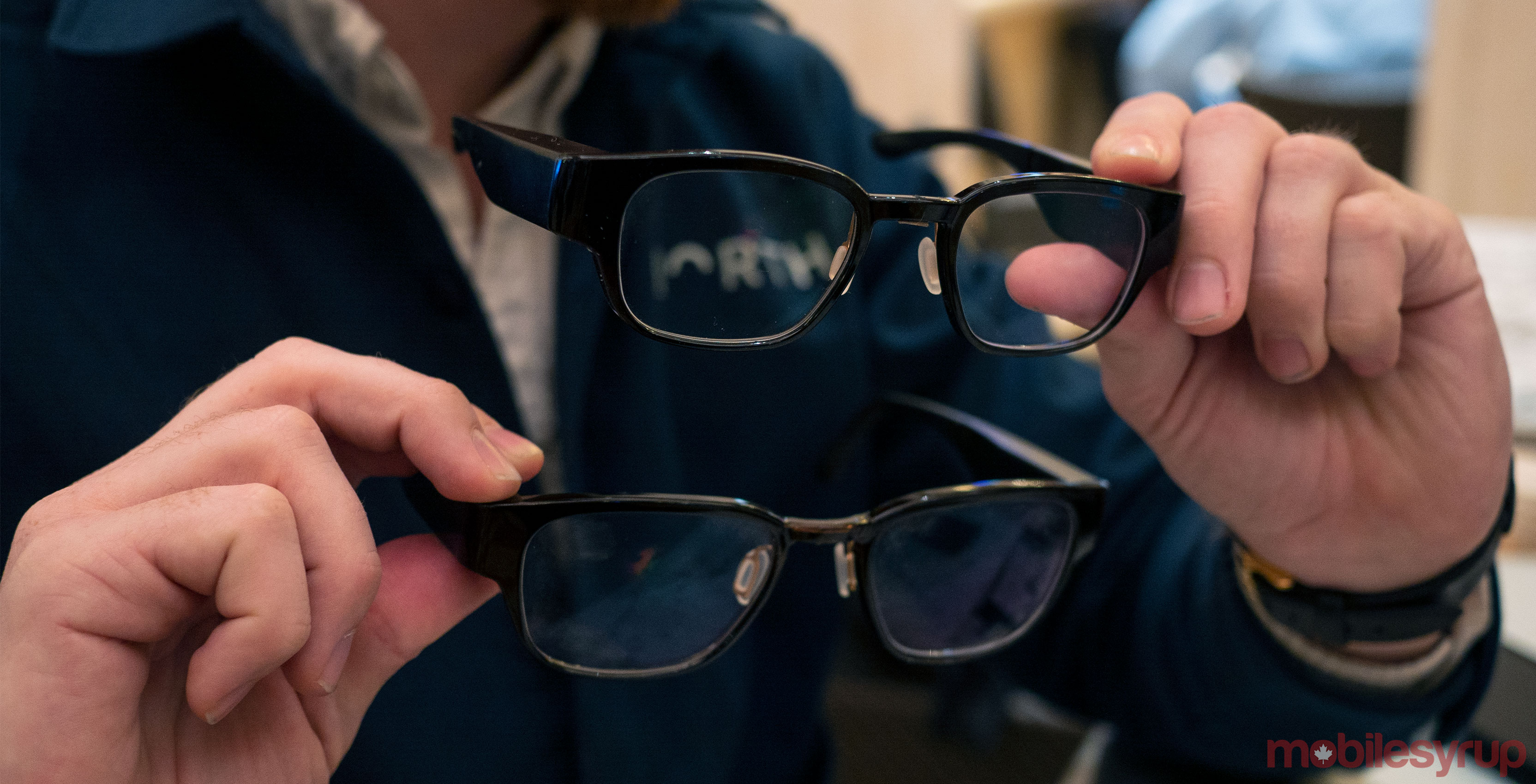 With its new Focals augmented reality (AR) glass, Waterloo-based North aims to succeed where other companies like Google have failed.

“At the end of the day, Focals are designed to be glasses first and foremost. That means supporting multiple colours and styles, having prescription lenses, being comfortable to wear and good looking — all that stuff,” said Aaron Grant, one of North’s co-founders during an interview with MobileSyrup at CES 2019.

Grant explained that ensuring Focals look like standard glasses is integral to the wearable’s core design and what differentiates them from similar devices.

“This happened before even thinking about the technology aspect of it [the Focals],” said Grant. 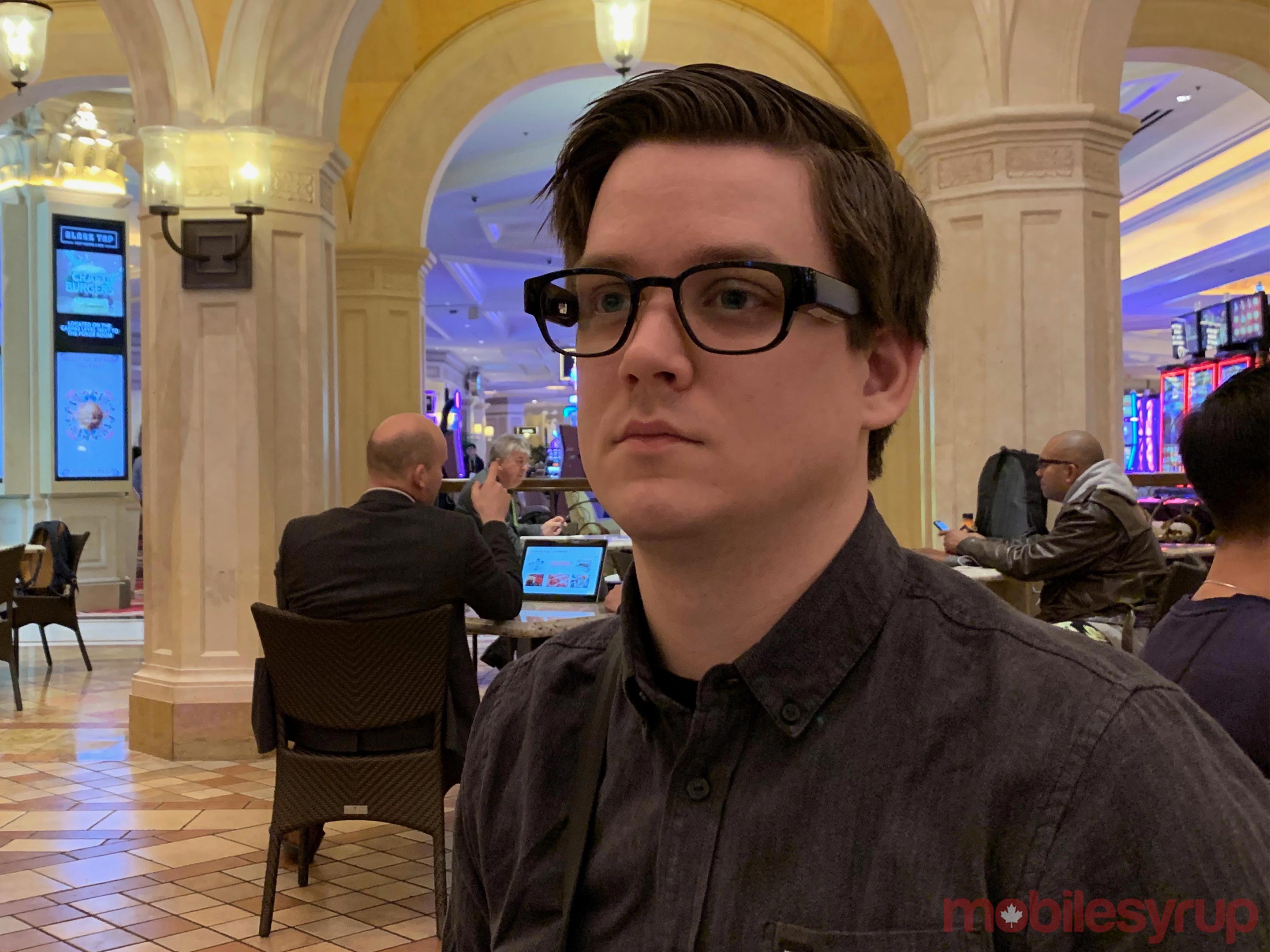 Each pair of Focals are custom designed for the wearer’s face and are fitted professionally by an optician. There are also plans to bring prescription lenses to the AR glasses, though the range will be limited at launch, says Grant. For instance, my eyes are probably slightly worse than the average glasses or contacts wearer. As a result, my prescription doesn’t work with Focals due to current limitations of their AR technology.

That said, Grant claims that there are plans to eventually expand the range of prescriptions Focals work with, including adding options like bifocals and more varied prescriptions.

With the exception of their thick sides, Focals look and feel like a regular pair of glasses. Even though the pair I tried on wasn’t configured to my specific face and eye dimensions, North’s Focals still felt surprisingly comfortable. 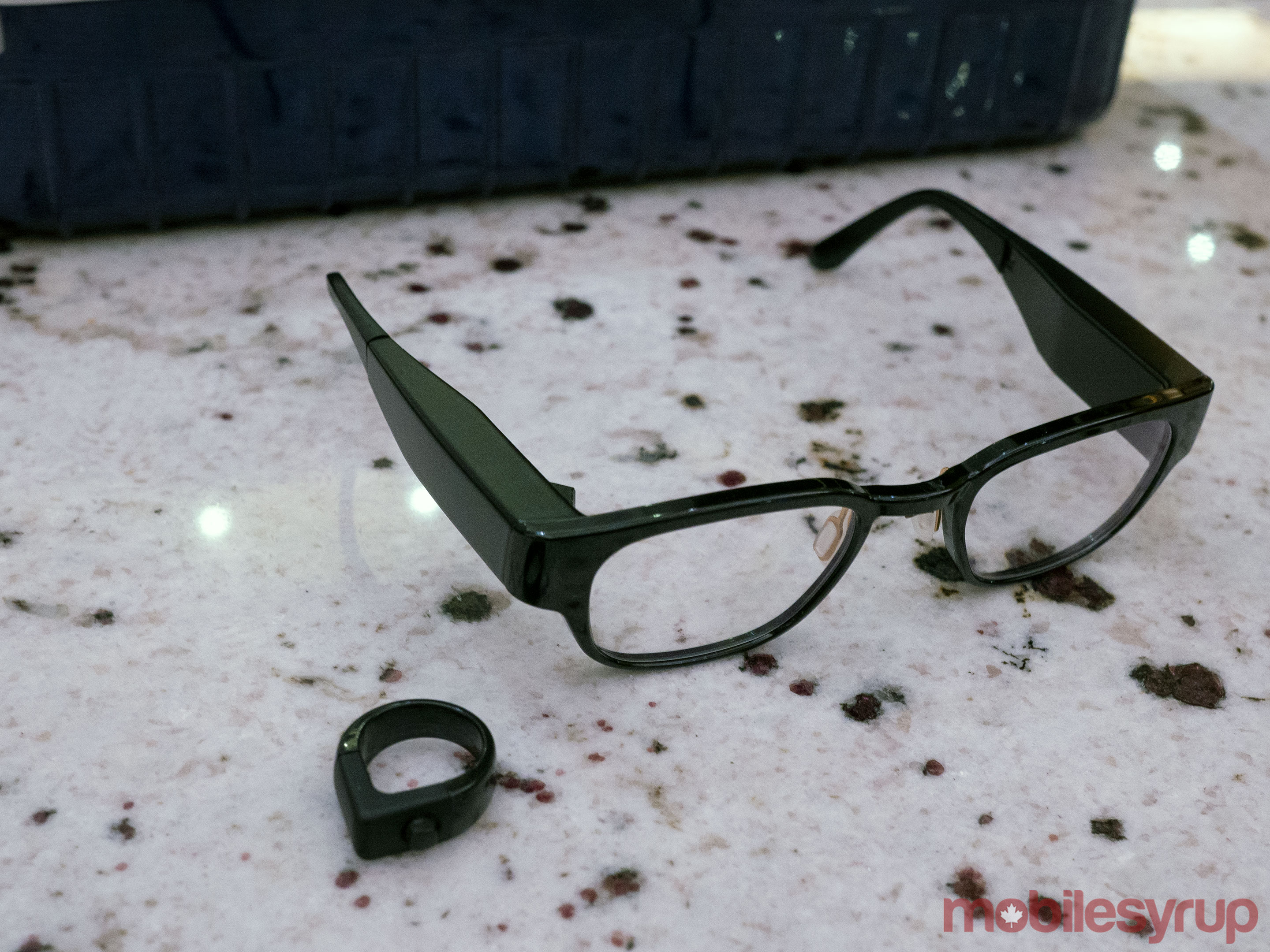 The custom-built glasses feature a small holographic projection system that displays information in front of your right eye. No one else can view these notifications, says Grant.

Because of the inaccurate fit, Focals’ AR display looked slightly blurry in some instances during my brief hands-on time with the glasses. Grant assured me that this isn’t an issue when the glasses are configured properly for the wearer’s eyes and face. Focals’ actual display feels very similar to the Nintendo 3DS’ screen in some ways. I wouldn’t go so far as to call the sensation offputting, but it does take getting used to, especially given that the display is only visible in the right eye.

Taking a page from the Apple Watch and other notification-focused wearables, Focals’ ultimate goal isn’t to replicate the functionality of a smartphone. Instead, they aim to act as a companion device that delivers the notifications that matter the most to you. 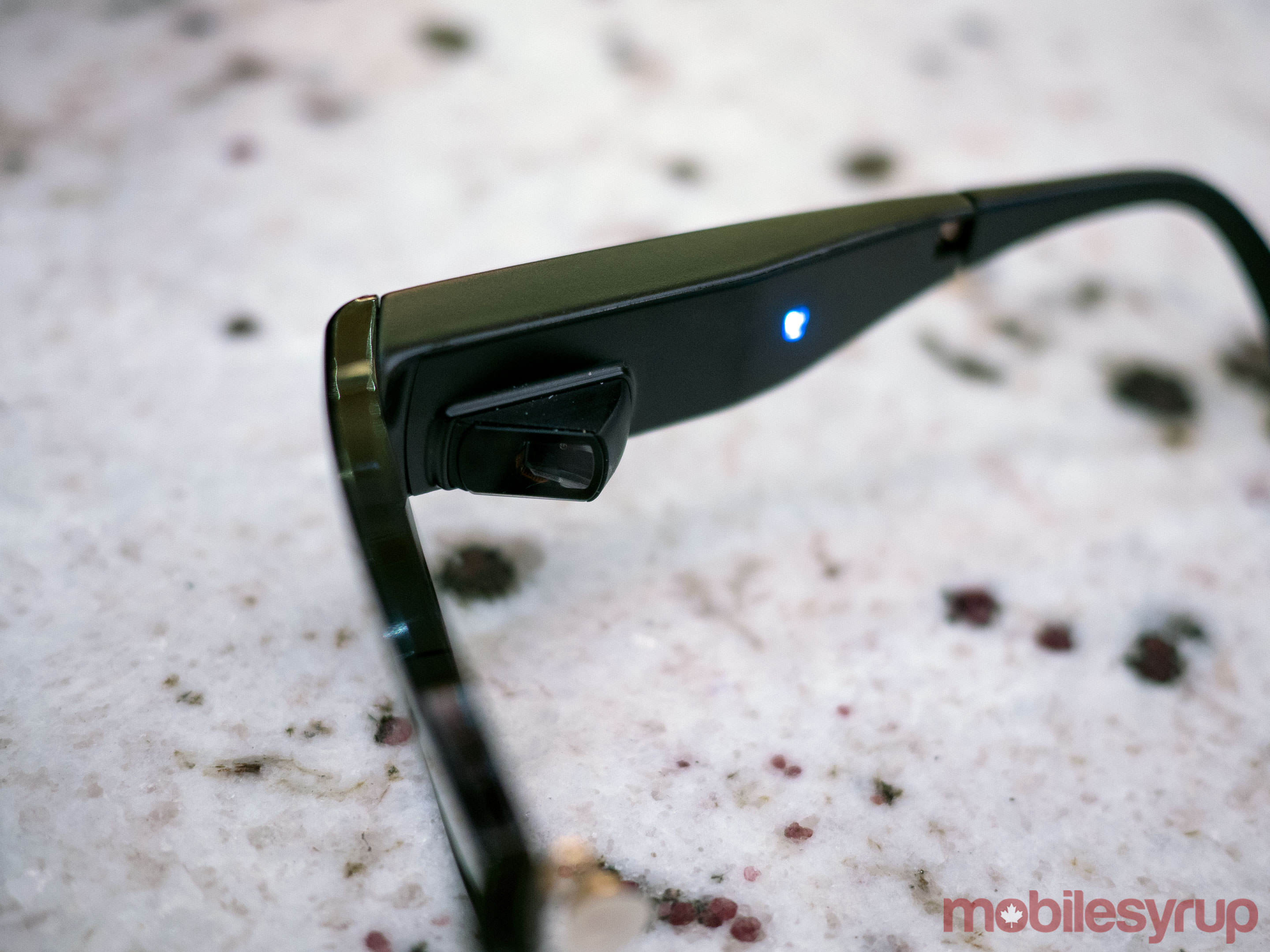 All information sent to the glasses comes via Bluetooth from the Focals’ iOS or Android app, complete with Amazon Alexa voice integration, turn-by-turn navigation and the ability to view your calendar and respond to texts.

What is most interesting about North’s Focals is they don’t feel like an intrusive distraction. The AR display is tiny and the information it delivers to you is easy to digest rapidly. Even navigation is performed via subtle interactions through a small ring-like controller that features a built-in joystick. 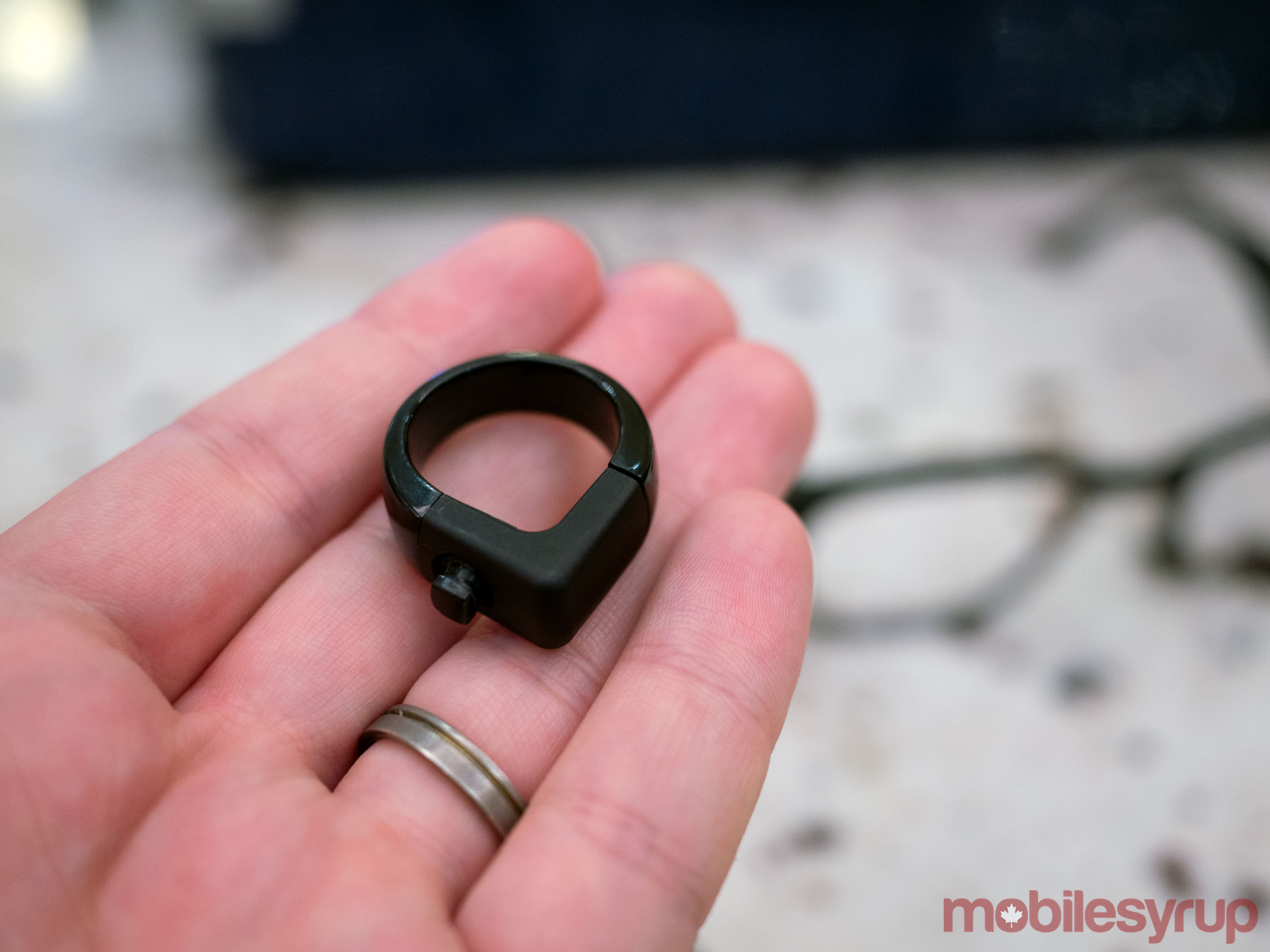 Though North’s Focals are undeniably impressive, the primary question surrounding the glasses is whether there’s an audience for them. Even convincing someone like myself who is into strange gadgets to wear AR glasses on a daily basis is a somewhat tough sell.

“It’s not necessarily the everyday person. It’s a premium product that costs $999. It’s really about the people that are looking for ways to use technology to improve themselves in some way. In this case, it’s really being able to leverage the power that the digital world gives you, but do that in a way that doesn’t distract you from the real world,” said Grant when asked about Focals’ target market.

Focals aren’t North’s first product either. The company released the Myo motion sensing armband roughly six years ago back when it called itself Thalmic. Just before the shift to a new name, North stopped selling the Myo armband. 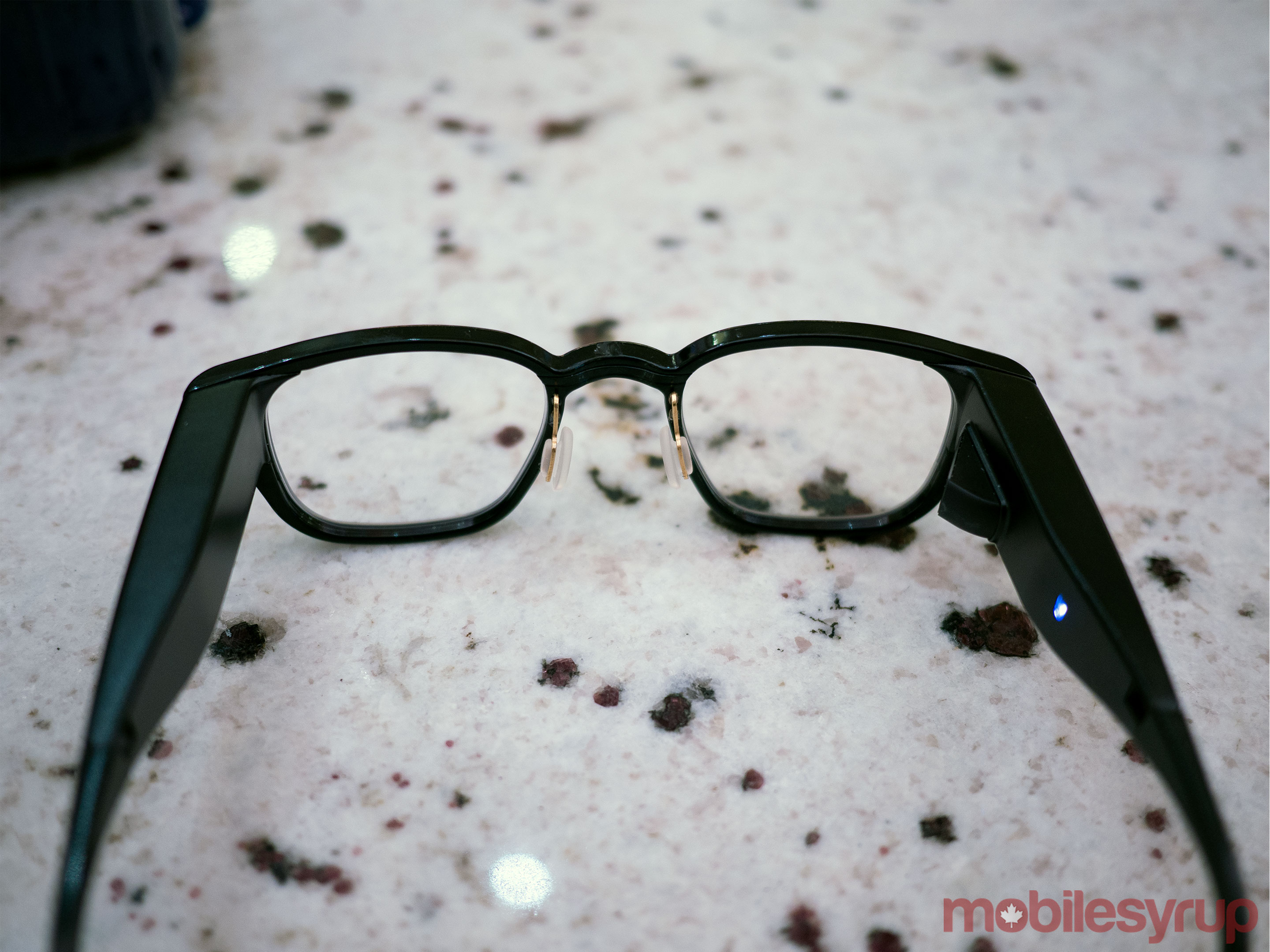 North currently offers two Focals optician locations: one in Brooklyn, New York and one in Toronto, Ontario. The glasses are priced at $999 USD (roughly $1,322 CAD).