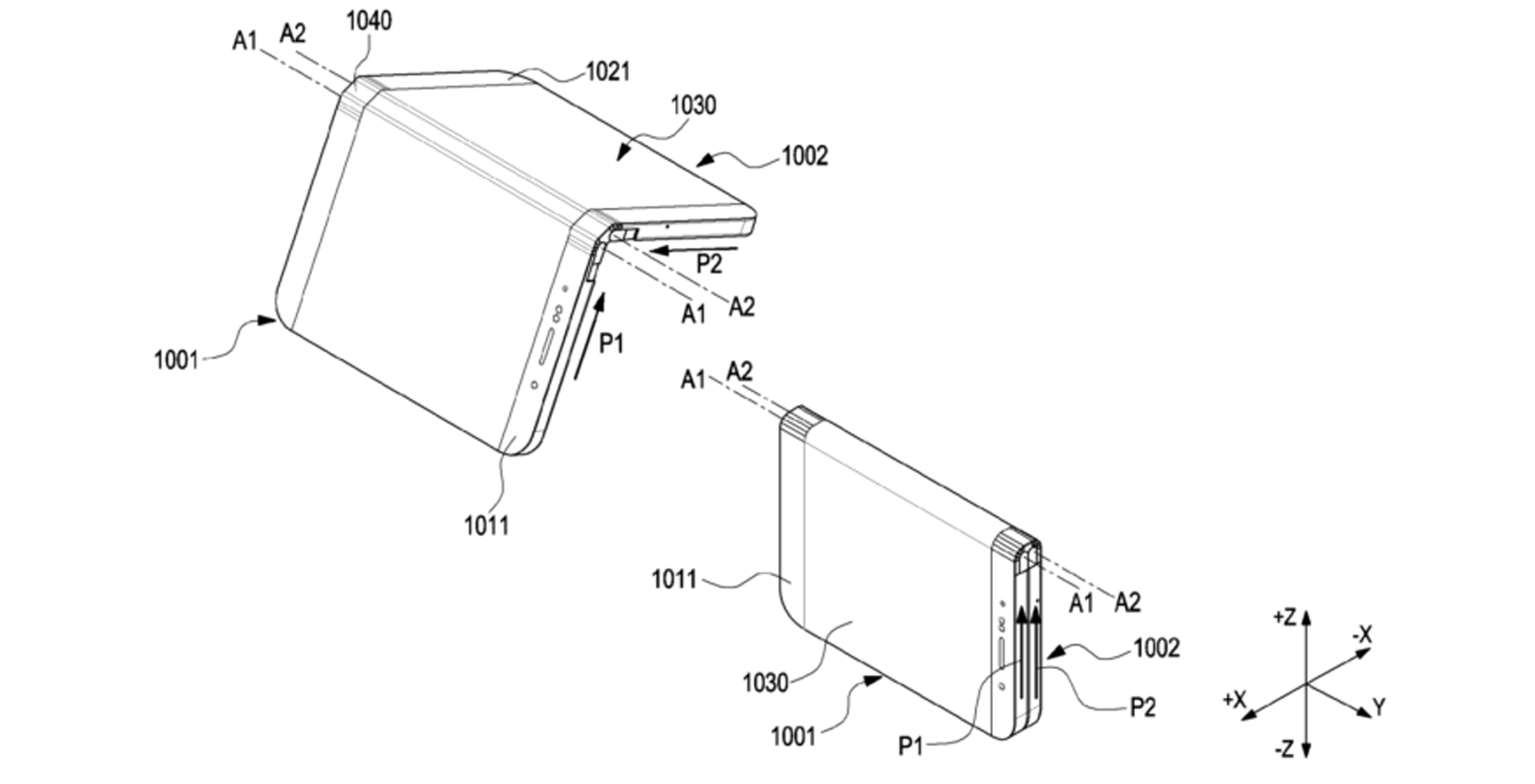 A recent patent published by the World Intellectual Property Organization (IPO) has given us a glimpse at a design Samsung might have planned for an upcoming handset.

Samsung recently revealed a prototype for a two-panelled foldable smartphone that features one 7.3-inch main display on the inside and a smaller display on the front cover. However, this new patent hints that Samsung is looking into a device that simply uses one foldable display.

Instead of featuring the display on the inside, the phone would use just one screen, according to the patent. When the display folds outwards, it turns into a tablet, and when it folds into a smartphone it features displays on both sides.

This way when the phone is folded the handset will be a very small device with a screen that wraps around to the other side. When unfolded the phone would feature a larger tablet-like display.