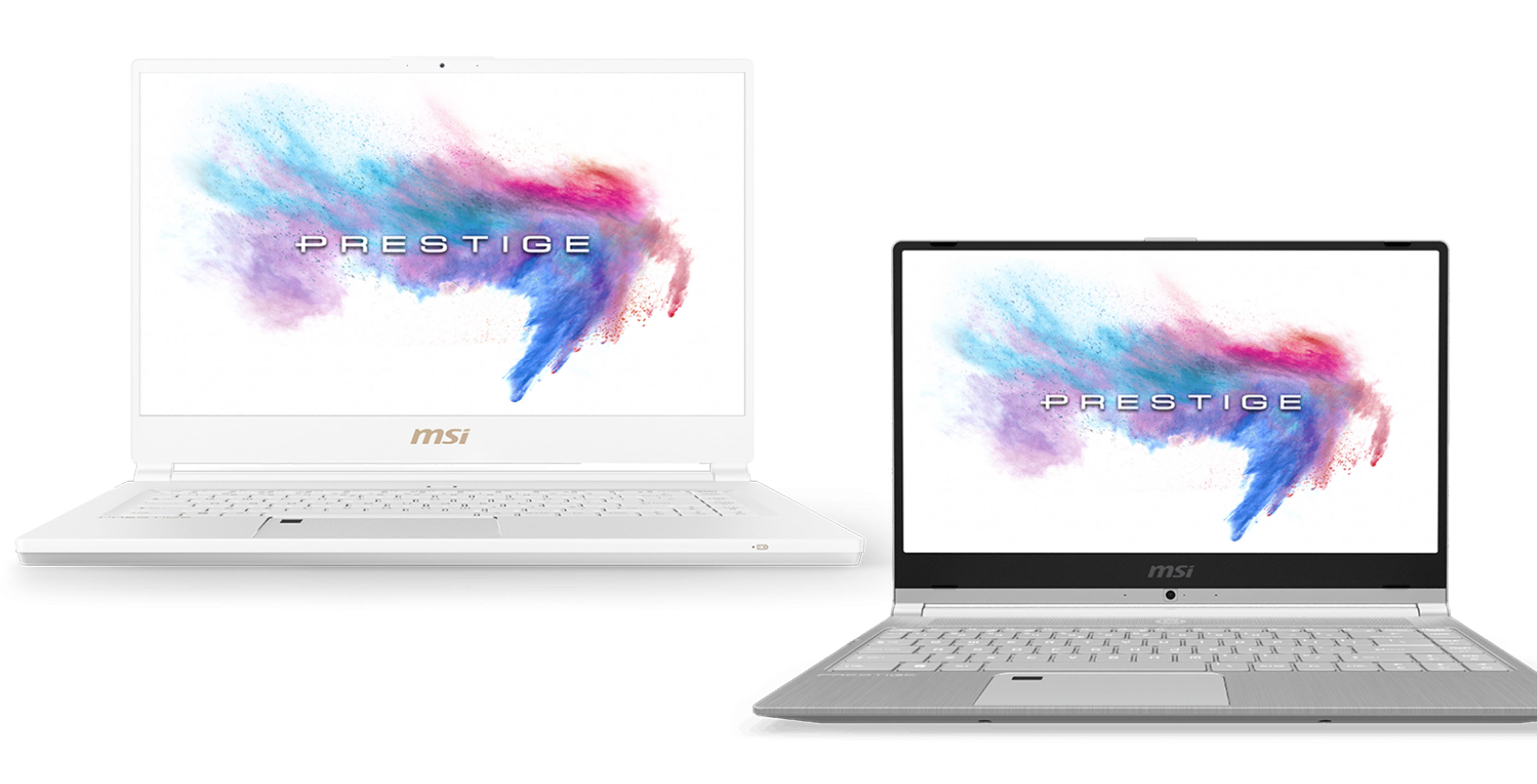 Micro-Star International — commonly known as MSI — is predominantly known as a manufacturer of gaming computers and accessories.

However, the company now plans on launching two ‘P’ series notebooks that should appeal to creative professionals: the PS42 and the top of the line P65 Creator.

Both models have similar designs, both run Intel’s eighth generation Core i7 CPUs, and both have 1080p displays and a fingerprint sensor for Windows Hello. Suffice it to say, there’s a lot to love about both notebooks. 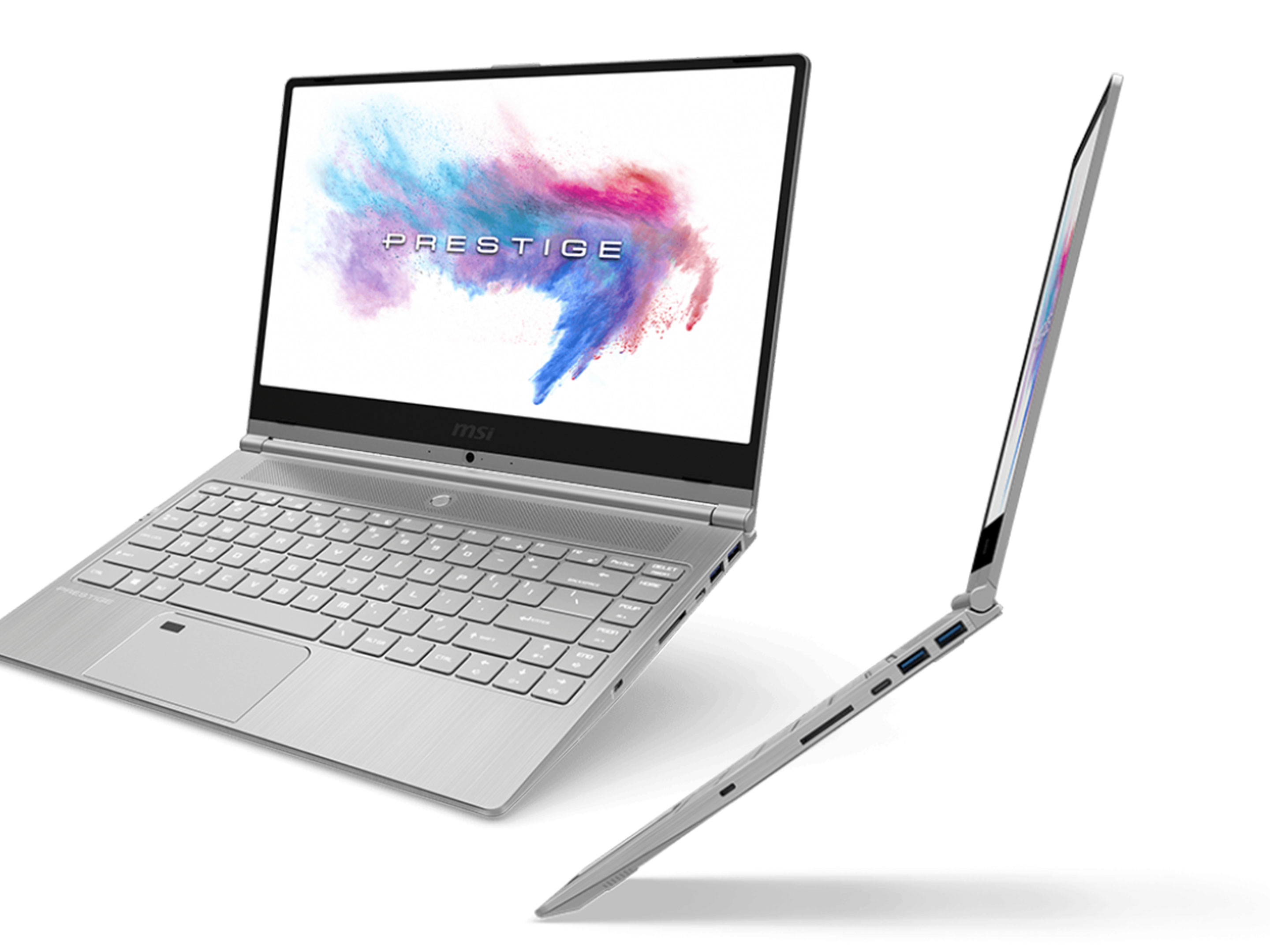 According to MSI, the smaller PS42 is aimed at the YouTube level of creation, meaning it’s built to handle things like Adobe Photoshop, light-to-moderate video editing, as well as quick photo editing using lightweight apps.

Even though it’s marketed at the average creator, the PS42 still has specs to push out high-quality content. All PS42 model configurations have a Core i7-8550U processor which can hit clock speeds all the way up to 4.0 GHz, which works well in conjunction with the laptop’s 16GB of DDR4 RAM.

Some of the configurations also come with an Nvidia GeForce MX150 graphics card which comes with 2GB of GDDR5 memory. The laptop’s internal storage varies depending on your spec choice, but the base model comes with a 256GB SSD while the higher end specs come with a 512GB SSD. 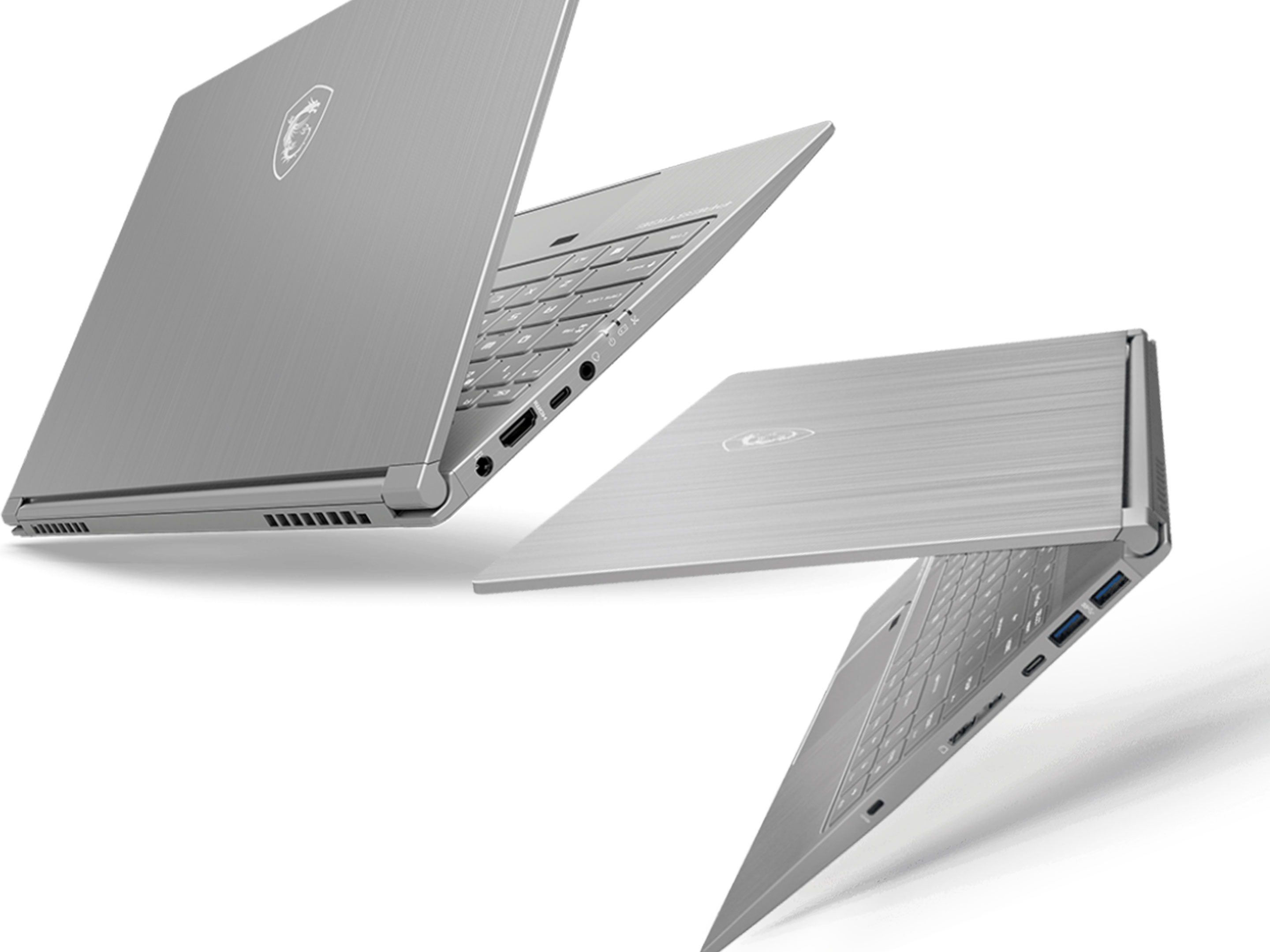 The laptop supports Bluetooth 4.2 and can connect to 4K external displays with a 60fps refresh rate through an HDMI port.

Where this computer really shines is in its port selection. It packs two 3.1 USB-A ports, a single 3.1 USB-C socket, a mic/headphone jack and a full-size SD card slot.

The PS42 weighs 1.19kg, and measures a respectable 15.9mm at its thinnest point. The device’s small size is highlighted by the 5.7mm bezels on the sides and top of the display.

Altogether, this 14-inch laptop is much sleeker and smaller than its screen size suggests. 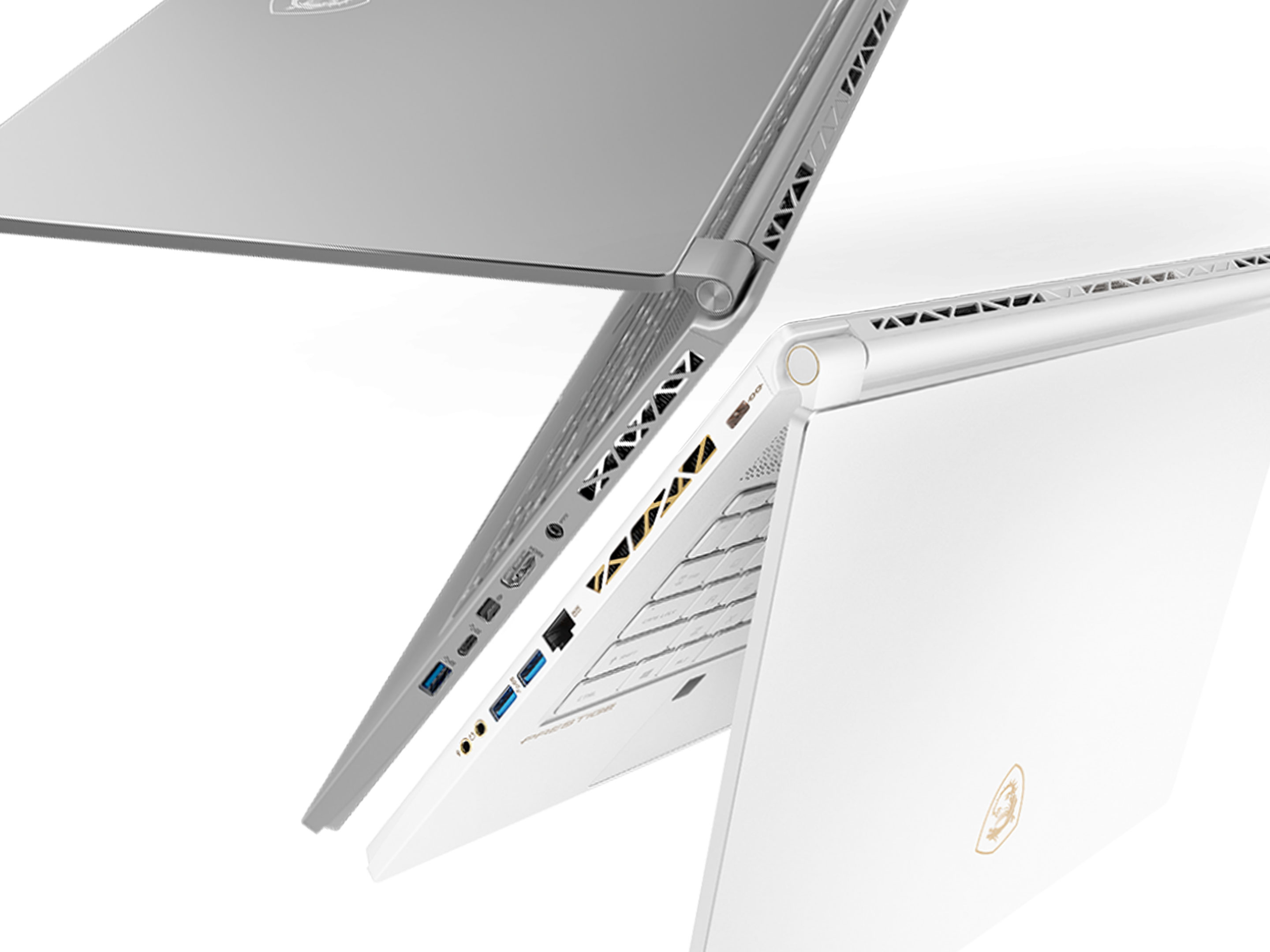 Every P65 Creator laptop also comes with an Intel eighth-gen Core i7-8750H class processor that can reach a max clock speed of  4.1GHz. The laptops provide DDR4 RAM configurations that range from 16GB to 32GB.

The P65 Creator’s display is a 15-inch IPS-level panel that MSI says can provide close to 100 percent of the sRGB colour spectrum with a 144Hz refresh rate. If you need an even better display, the laptop can connect to a maximum of three external 4K monitors.

MSI has once again packed in enough ports to make anyone who uses dongles feel ridiculous.

The laptop comes with one mini-display port, one Thunderbolt 3 USB-C port, three 3.1 USB-A ports, an ethernet jack, a 3.5mm mic jack, a 3.5mm headphone jack, an HDMI port, as well as Bluetooth 5.0 connectivity.

In terms of the laptop’s overall design, the P65 can be best described as industrially beautiful. 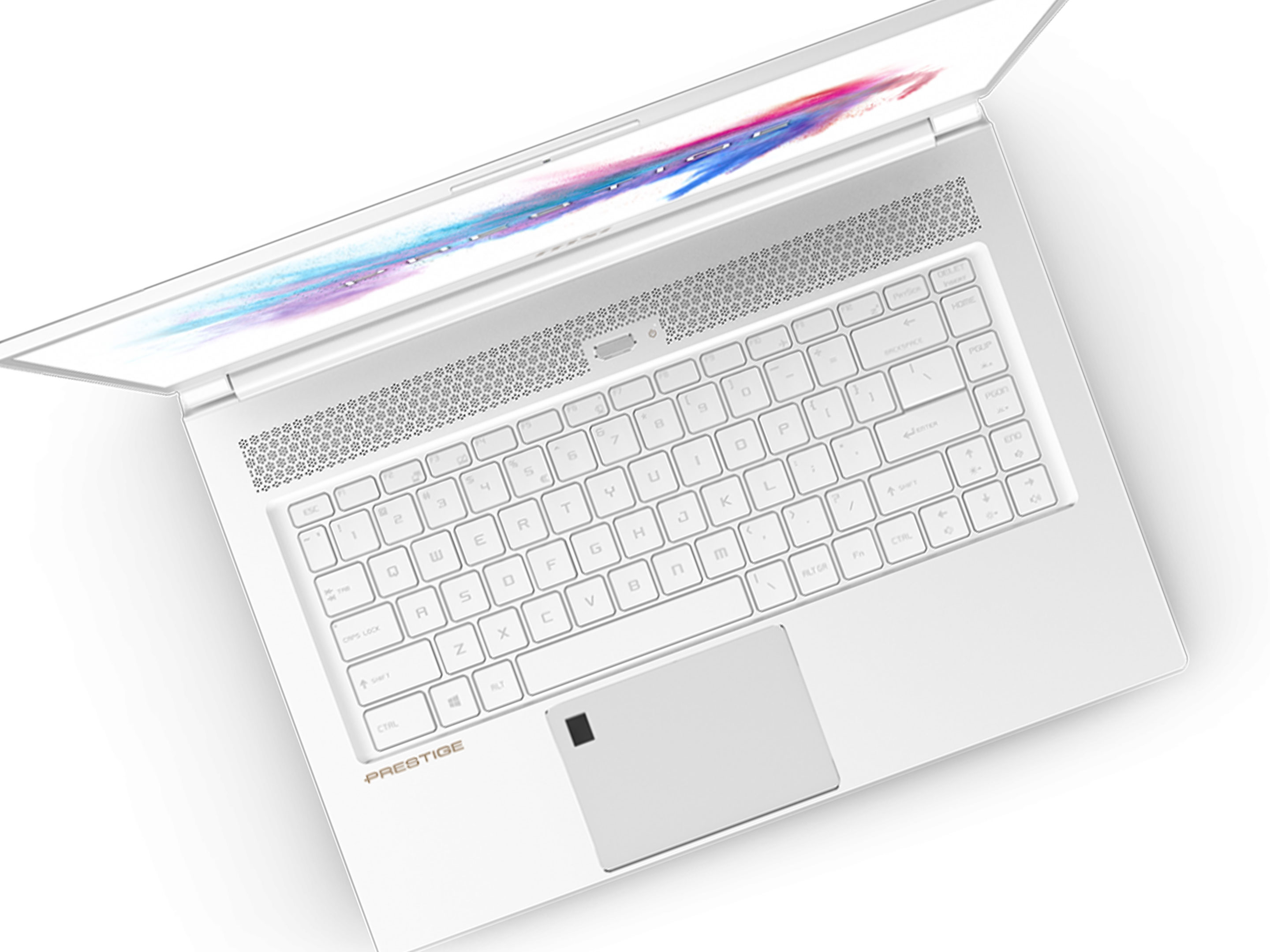 The computer’s metal nest grate along its sides allows airflow and provides an appearance that isn’t as intense as a gaming PC, but identifies the device’s MSI heritage. The speaker grills are arranged in a flower pattern that looks subtle, yet dignified.

The P65 weights 1.8kg and is 17.9mm thin, making it almost as portable as the smaller PS42. The laptop comes in two finishes: standard brushed aluminum and a limited edition white model with gold accents that looks stunning.

Understandably, all of the great specs in the P65 Creator come with a hefty price tag. The laptop starts at $2,399 and balloons up to $3,499.

All in all, these seem like great computers that can easily take on the Windows PC market, but competing with Apple might take a bit more than tons of extra ports.