TCL is finally bringing its highly-rated Roku TVs to Canada

The Series 3, Series 4 and Series 6 are all coming to Canada 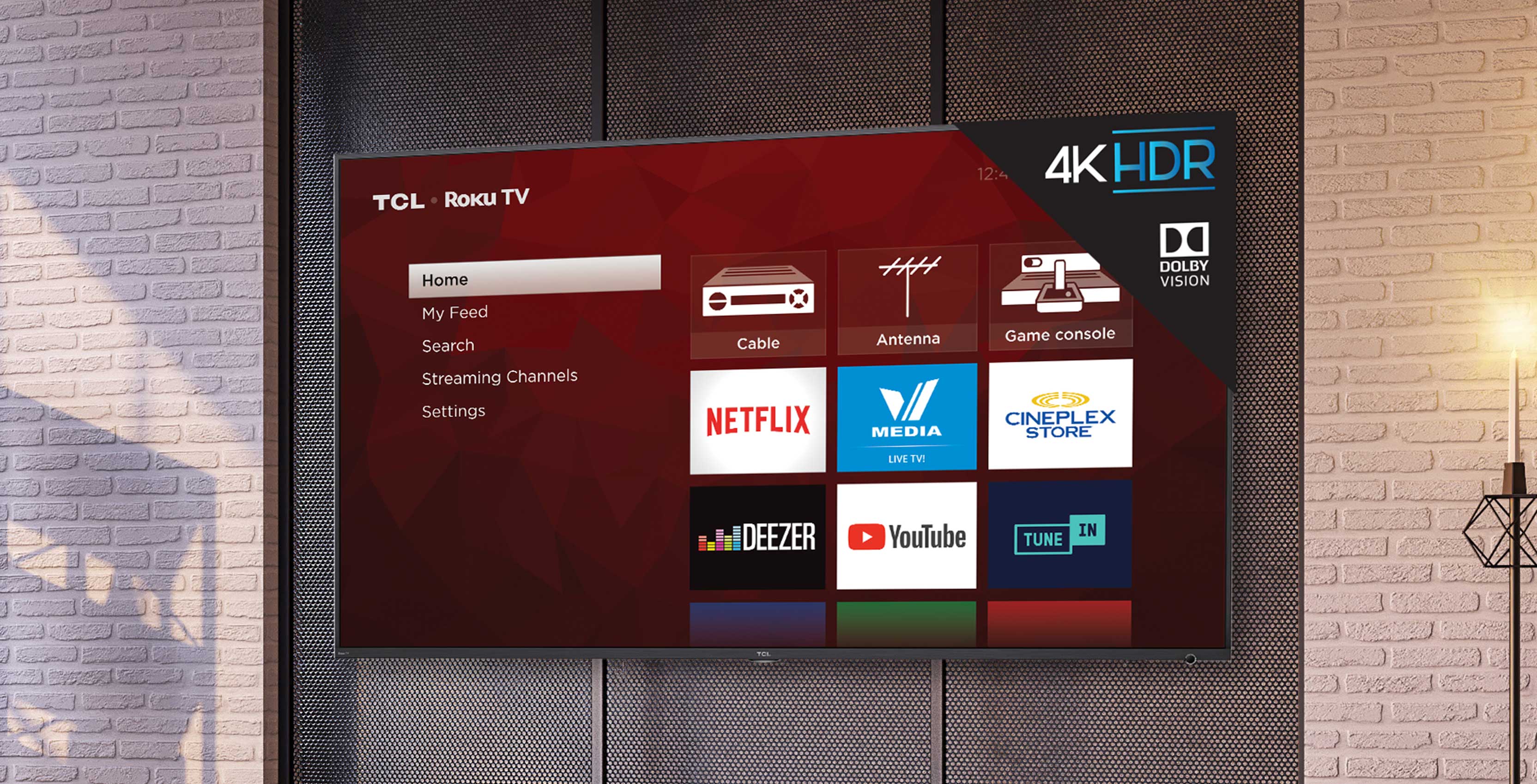 TCL, which is best known in Canada as the maker of the modern BlackBerry devices, is launching several of its television sets in Canada.

The Chinese manufacturer is the world’s third most popular TV brand behind Samsung and LG with almost 11 percent share of the global market. The fact that the company’s TVs are now available in Canada is notable because they’re competitively priced and highly rated by Rtings. The website, based here in Canada, is considered an authority in TV reviews.

TCL has brought three different TV models to Canada. Each one runs Roku’s smart TV operating system. The televisions are the high-end Series 6, the mid-tier Series 4 and the budget Series 3.

The Series 6 is the most feature-rich television TCL plans to sell in Canada. It includes a 4K display with supprt for both Dolby Vision and HDR 10, and is available in either a 55 or 65-inches. TCL is also boasting that the Series 6 has some of the best contrast levels on the market with 96 or 120 ‘Contrast Control Zones’ depending on the size of the set. 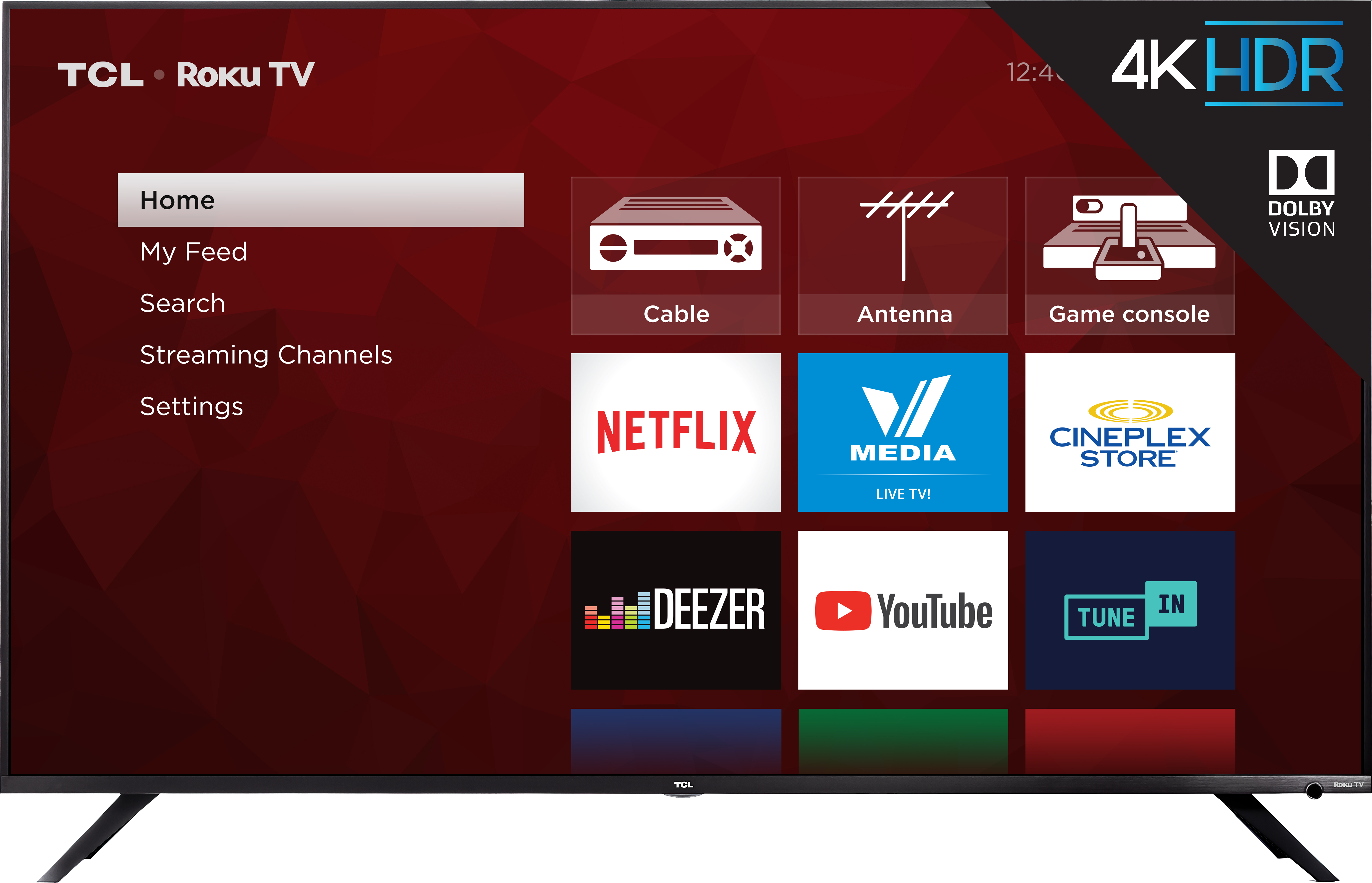 For gamers, the TV features 17.7ms input lag and a 120Hz refresh rate.

The TV also sports a modern look with a brushed metal design that the company calls “Stealth Metal.” It has small bezels and feet at both ends instead of in the middle. Inside is a built-in TV antenna tuner so users don’t have to hook up any other hardware to get the over-the-air channels in their area.

The back of the TV features composite video and audio ports. There’s also an Ethernet port, one USB 2.0 type-A connector and three HDMI ports with HDCP 2.2. Only one of these ports supports ARC for turning on the TV with a third-party set-top box.

For audio, there an optical audio port and one headphone jack.

The Series 4 is a step down from the Series 6 in a few ways, but that doesn’t mean it’s a bad television. It still has a 4K LED display, and it supports HDR10, but not Dolby Vision. 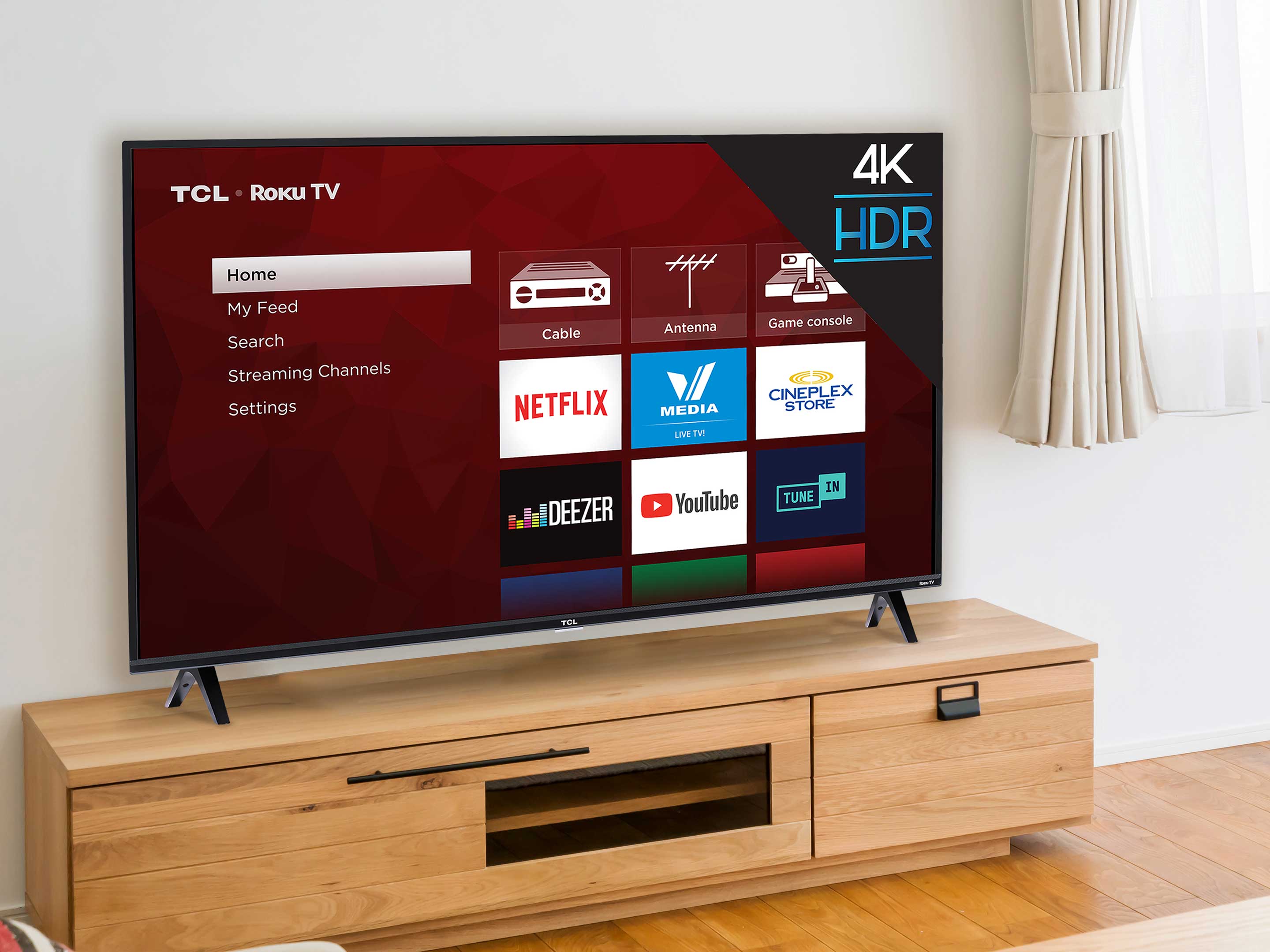 It’s also lacking TCL’s Contrast Control Zones, but for the most part, the specs are very similar. 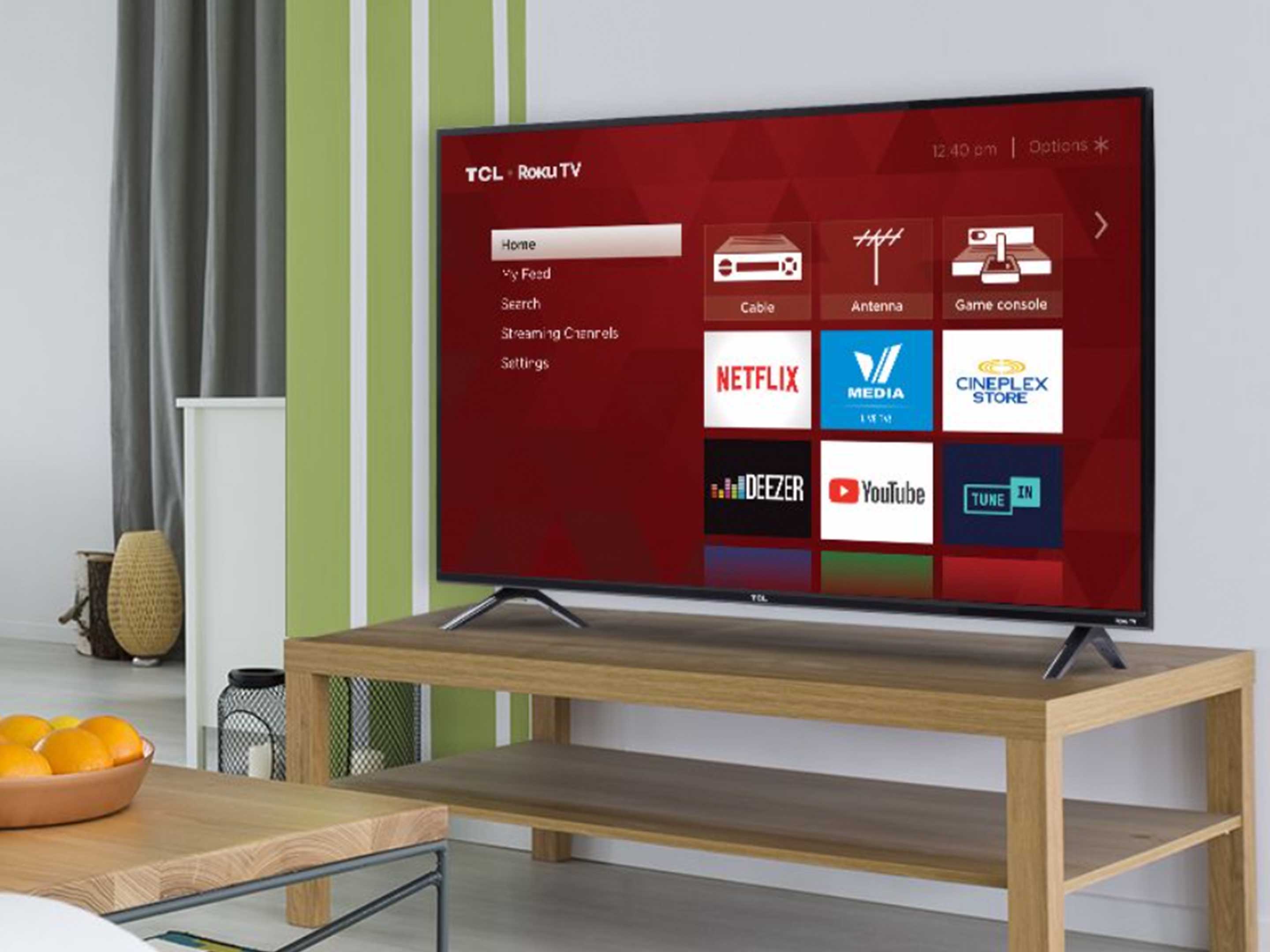 Both of the Series 3 sets are only 1080p LED displays, and they lose some ports from the back. There’s no Ethernet so users will have to default to their wireless connection, which should be fine since the TV doesn’t have to push 4K content.

All of the TVs use Roku’s built-in operating system that gives users access to hundreds of app (Roku calls them channels) like Netflix, YouTube and more. Users can use the Roku Channel that pulls together tons of free shows and movies.