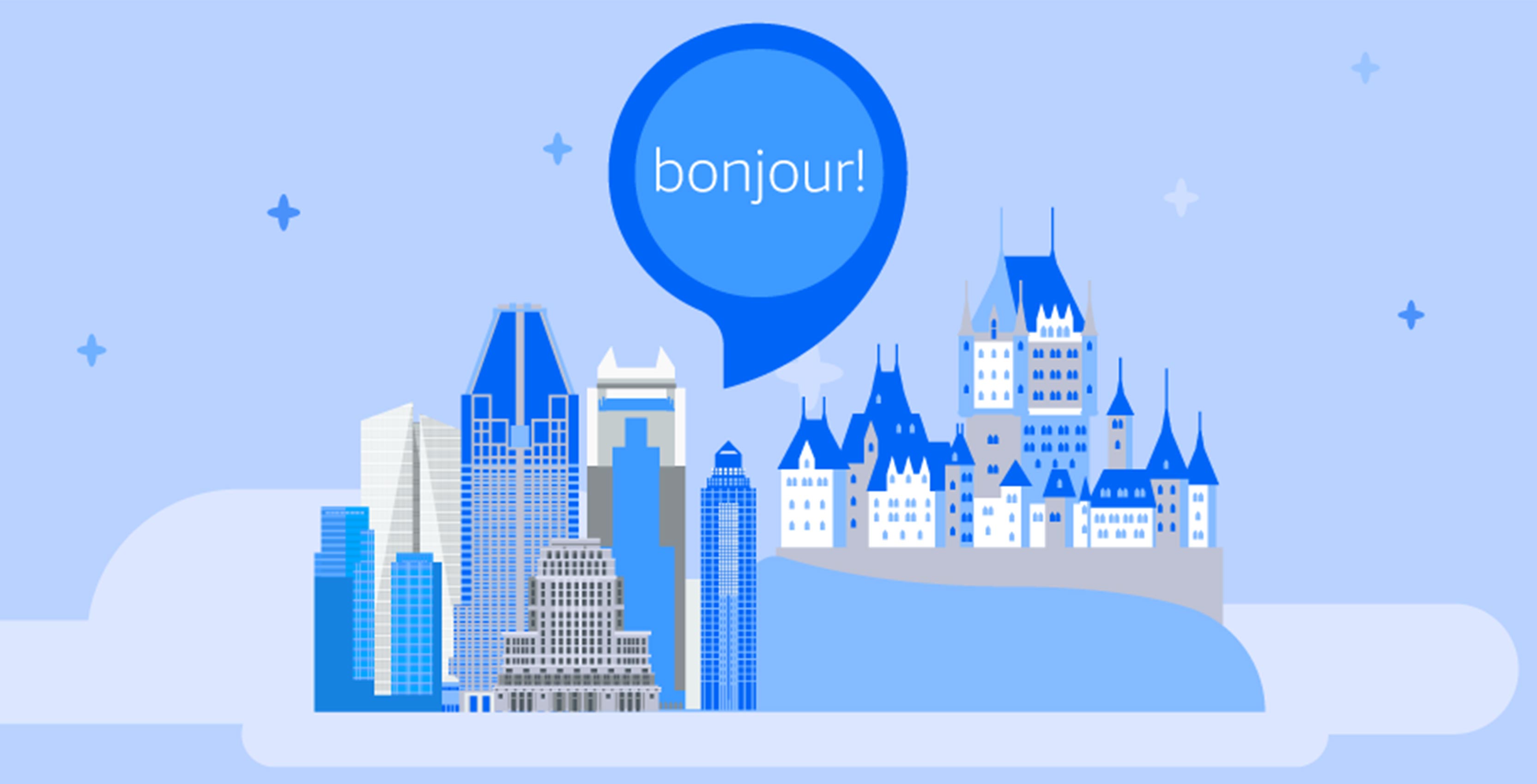 Amazon is making it possible for developers to create Alexa Skills for French-speaking Canadians with its newly announced Alexa Skills Kit and Canadian French voice model.

These Skills will be available to customers when Alexa gets an update that enables Canadian French later this year. Skills are what Amazon calls apps for its Alexa platform.

Developers can start building Skills right away. They don’t need to be experts in speech recognition or natural language comprehension, according to Amazon. Alexa is capable of understanding what a request means. Developers just need to use that recognition to trigger the Skill they’ve built.

Amazon has even translated the resources that French-speaking developers will need to create their Skills, including specific documentation and an Alexa webinar. It should be noted that these pages appear to be in traditional French not specifically Canadian French.

Developers can even update their existing Skill with the new French voice model. Amazon has dedicated a page that teaches developers how to port their Alexa Skill over to a new language.

There’s no specific date for when Canadian French Support is launching, but since developers are being asked to build and port over Skills, it seems like the release will likely be soon.

To read the full press release in French, click here.