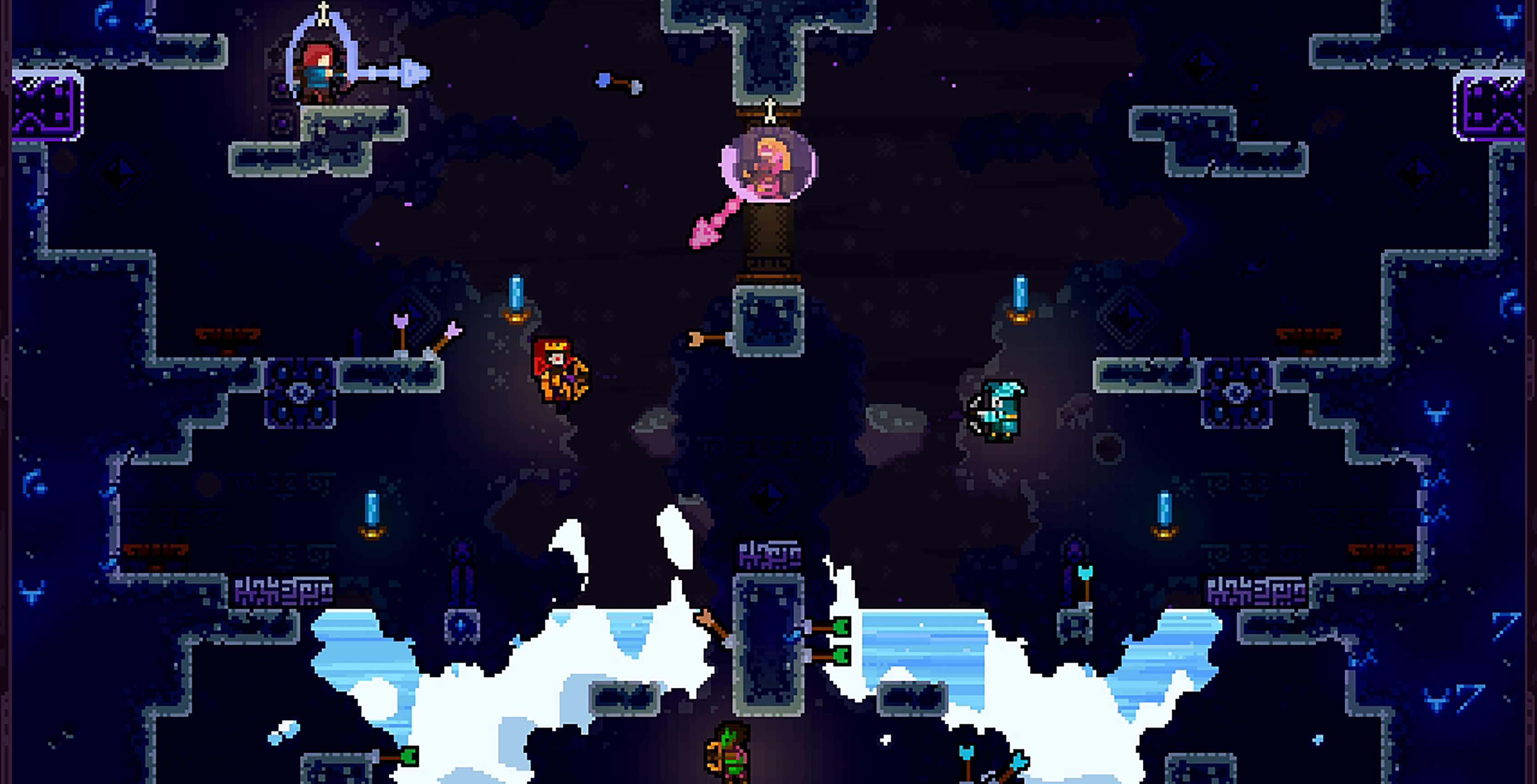 TowerFall is an archery combat arena game in which fighters must defeat one another using arrows and head stomps. There are a variety of game modes that support up to four players, including an elimination match-up where archers have a limited amount of arrows.

TowerFall has quite an interesting lineage. Developed primarily by Matt Thorson, the game was originally released in June 2013 on the ill-fated Android-powered Ouya microconsole.

In March 2014, Matt Makes Games ported TowerFall to PlayStation 4 and PC (under the name TowerFall Ascension on the latter platform). However, the game received even greater exposure when it was included as a free game in Sony’s PlayStation Plus service in June 2014. A PlayStation Vita version later came in December 2015, while an Xbox One port launched in January 2017.

TowerFall can be downloaded for $25.19 CAD on the Nintendo Switch.