OnePlus’ Crackables is a skill testing game with a $30,000 prize 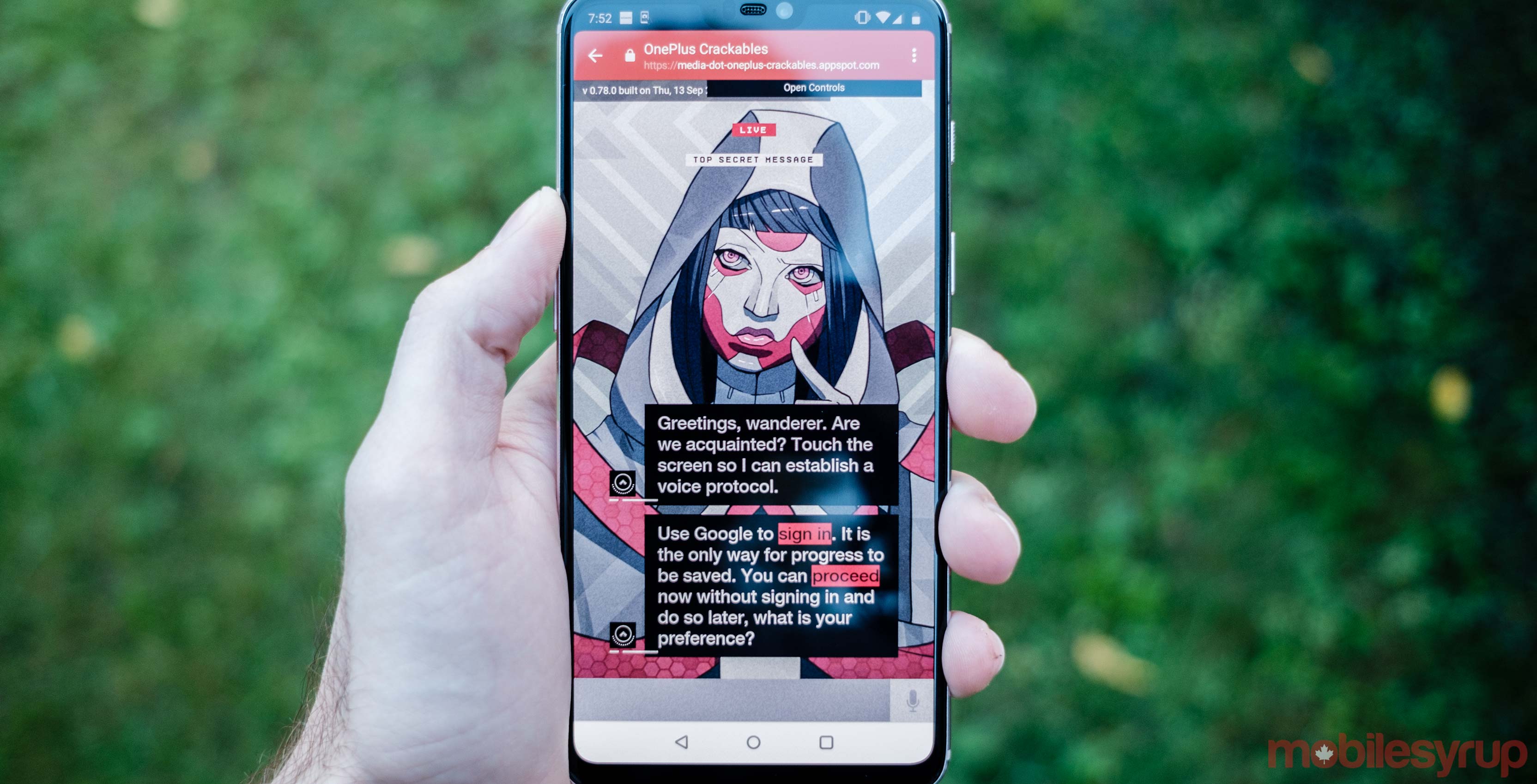 OnePlus has finally revealed what the Crackables experience is that it started teasing earlier this month.

The company describes Crackables as a game of speed and skill. The objective of the game is to solve three challenges as quickly as possible (watch the video teaser below to get a better sense of Crackables’ gameplay). OnePlus will send the first 1,000 players to get through the initial stage a physical microcontroller, which allows them to play for Crackables’ hefty grand prize.

The grand prize winner will walk away with a gaming setup worth $30,000 USD. Second and third place winners will also receive fabulous prizes, according to the OnePlus.

The game’s storyline, which sees you helping a kind of imprisoned digital being, was written by Sleep Deprivation, a studio founded by Red Dead Redemption lead designer and writer, Christian Cantamessa. Specifically, Davidson Cole, a video game and tabletop writer that has worked on properties like Shadowrun and F.E.A.R, wrote the story.

Crackables is open to everyone, not just OnePlus device owners, though you’ll need a mobile device to play the game as it’s not available on desktop.

Crackables opens to the public on September 18th at 8am ET / 5am PT.  Good luck to all those who participate.