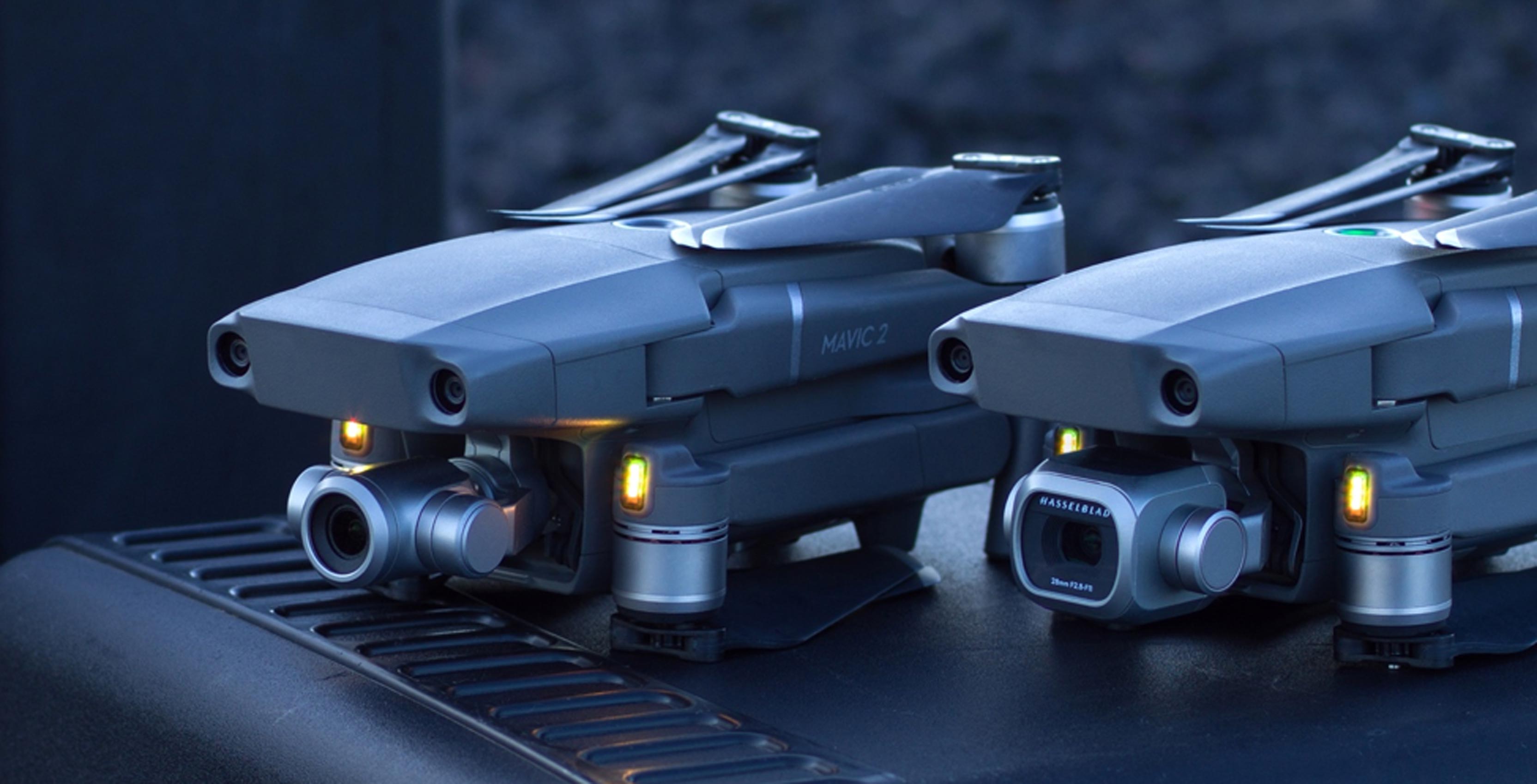 Drone enthusiasts have had to wait patiently for DJI to refresh the Mavic Pro. Since it first came out in 2016, the Mavic Pro has been the go-to drone for consumers looking to get into drone photography and videography.

In the two years since its release, however, DJI has mostly been content with issuing iterative updates.

That changed on Thursday when DJI introduced not one but two new Mavic Pro drones.

Leading the lineup is the $1,949 CAD Mavic 2 Pro. It features a variety of improvements, including a new 20-megapixel 1-inch CMOS sensor with a variable aperture lens and support for a 10-bit colour profile. For comparison, the original Mavic Pro had a smartphone-sized sensor.

According to DJI, the Mavic 2 Pro’s camera can capture four times levels of colour per channel compared to the original Mavic Pro. The camera was co-designed by legendary camera manufacturer Hasselblad, which DJI has had a stake in since 2015.

The $1,689 CAD Mavic 2 Zoom, meanwhile, features 1/2.3-inch sensor with a two-times optical zoom lens. It also includes two-times digital zoom, allowing the camera to simulate a 96mm telephoto lens. A new hybrid autofocus system allows the Zoom to acquire focus 40 percent faster than DJI’s previous Mavic Pro drone. To showcase the new zoom lens, DJI has created a ‘Dolly Zoom’ QuickShot that will prompt the drone to zoom in on a subject as flies away.

Both drones feature a 31 minute flight time, 4K video capture and DJI’s new OcuSync 2.0 video transmission system, which the company says will provide a more stable connection to a remote control, with a maximum feed distance of up to eight kilometres.

Both the Mavic 2 Pro and Mavic 2 Zoom also feature a new, more aerodynamic frame that DJI says reduces drag by 19 percent. In Sport mode, the two drones can fly at a maximum speed of 72 kilometres-per-hour. They’re also quieter than the company’s past Mavic drone.

For more details on the Mavic 2 Pro and Mavic 2 Zoom, visit DJI’s website.