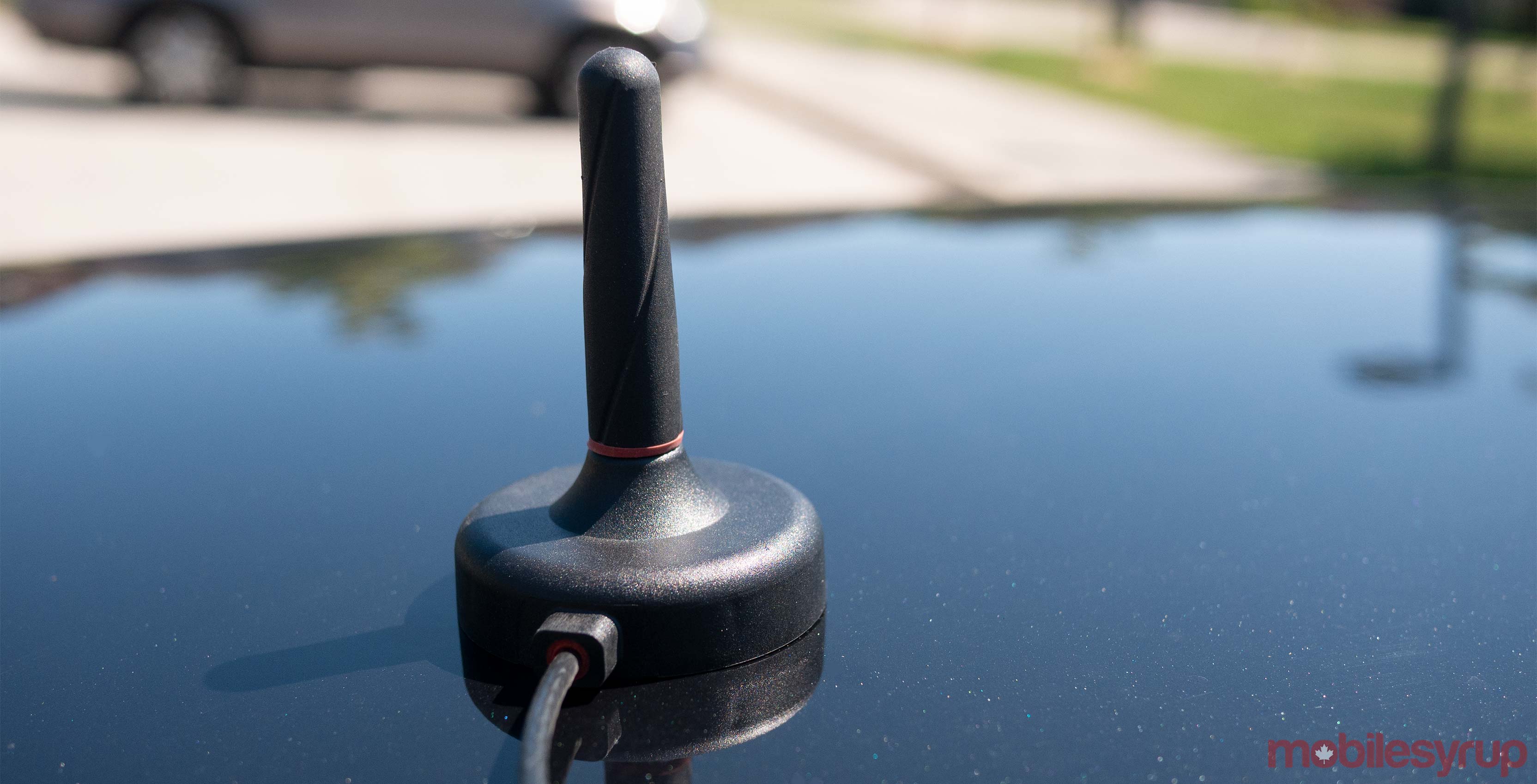 Now that cellular connection has become such an important part of our everyday lives, nothing is more frustrating than a weak, in-and-out signal, especially while stuck in the car.

Unfortunately, wireless spectrum is a finicky thing that’s highly dependent on location and external factors ranging from weather to moving obstructions. That’s why some drivers turn to cellphone signal boosters to amp up their wireless coverage. 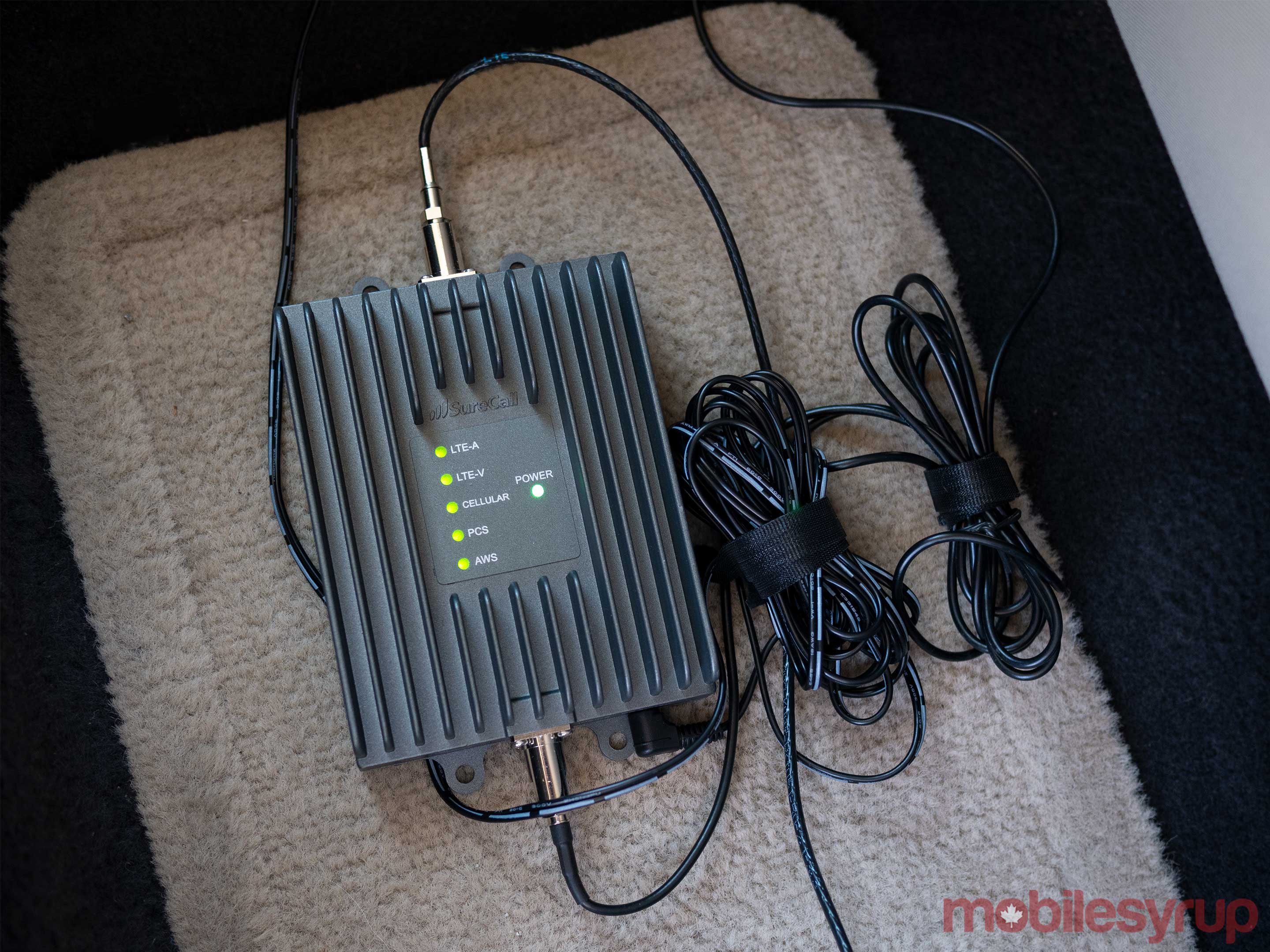 Among the biggest names in this market is SureCall’s Fusion2Go range of products. We tested out the company’s newest booster, the $599 CAD Fusion2Go 3.0 and spoke with the company to find out how it works.

Note: This article is a collaboration between managing editor Patrick O’Rourke and news and telecom editor Rose Behar. The test portion of the article was written by Patrick, while Rose wrote the company history and technical portions.

Cellphone signal boosters are relatively well-known now, but back when SureCall came to market with its first signal-enhancing device, cellphones themselves were still becoming mainstream.

Zhan had made it through the financial crisis largely unscathed. The company that formerly employed him as a hardware designer had given him enough stock that he became a millionaire by age 32, and he was able to sell it before the worst of the crisis hit. 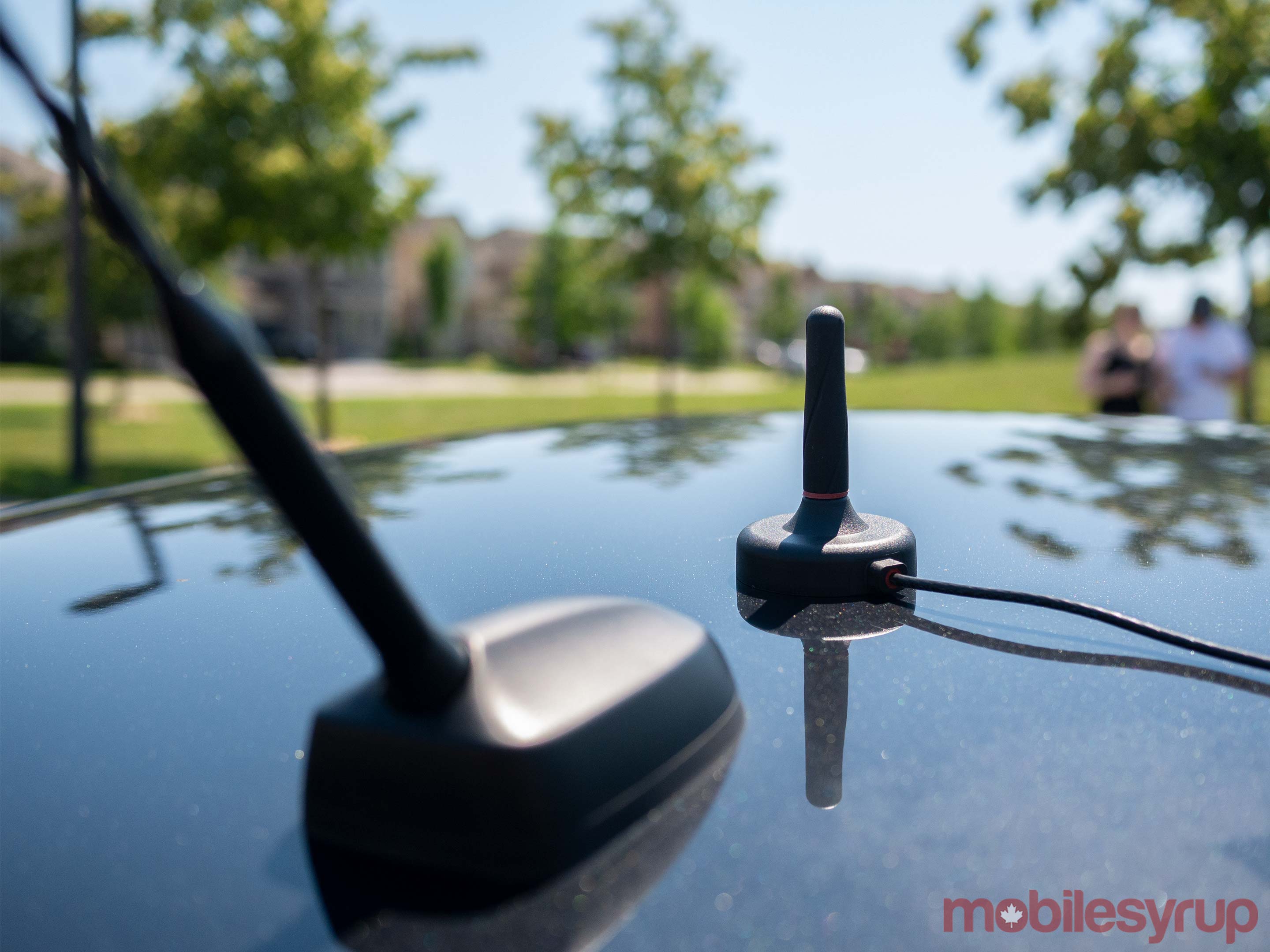 Still, the earnings were lean with SureCall in the beginning years and the company nearly floundered more than once. It wasn’t until 2007 that it first started its current growth trajectory.

Now, it’s one of the main names in signal boosting — along with companies like weBoost and HiBoost — and nabbed a spot on Inc. Magazine‘s list of North America’s 5,000 fastest-growing private companies in both 2016 and 2017.

How does it work?

A cell signal booster (also known as an amplifier or repeater) improves cell reception in areas where the signal is weak, like in rural country or a closed-in location like a basement, where it’s difficult for wireless spectrum to pass through and reach your device.

Typically, boosters have the following components: a ‘donor antenna’ (usually installed by a window or on a roof) that receives and transmits signal from the closest cell tower and coaxial cables for connection to a signal amplifier and an indoor rebroadcast antenna — which is what the user’s device connects with.

The Fusion2Go 3.0 promises a maximum gain of 50 dBm, with maximum uplink power of 29 dBm. 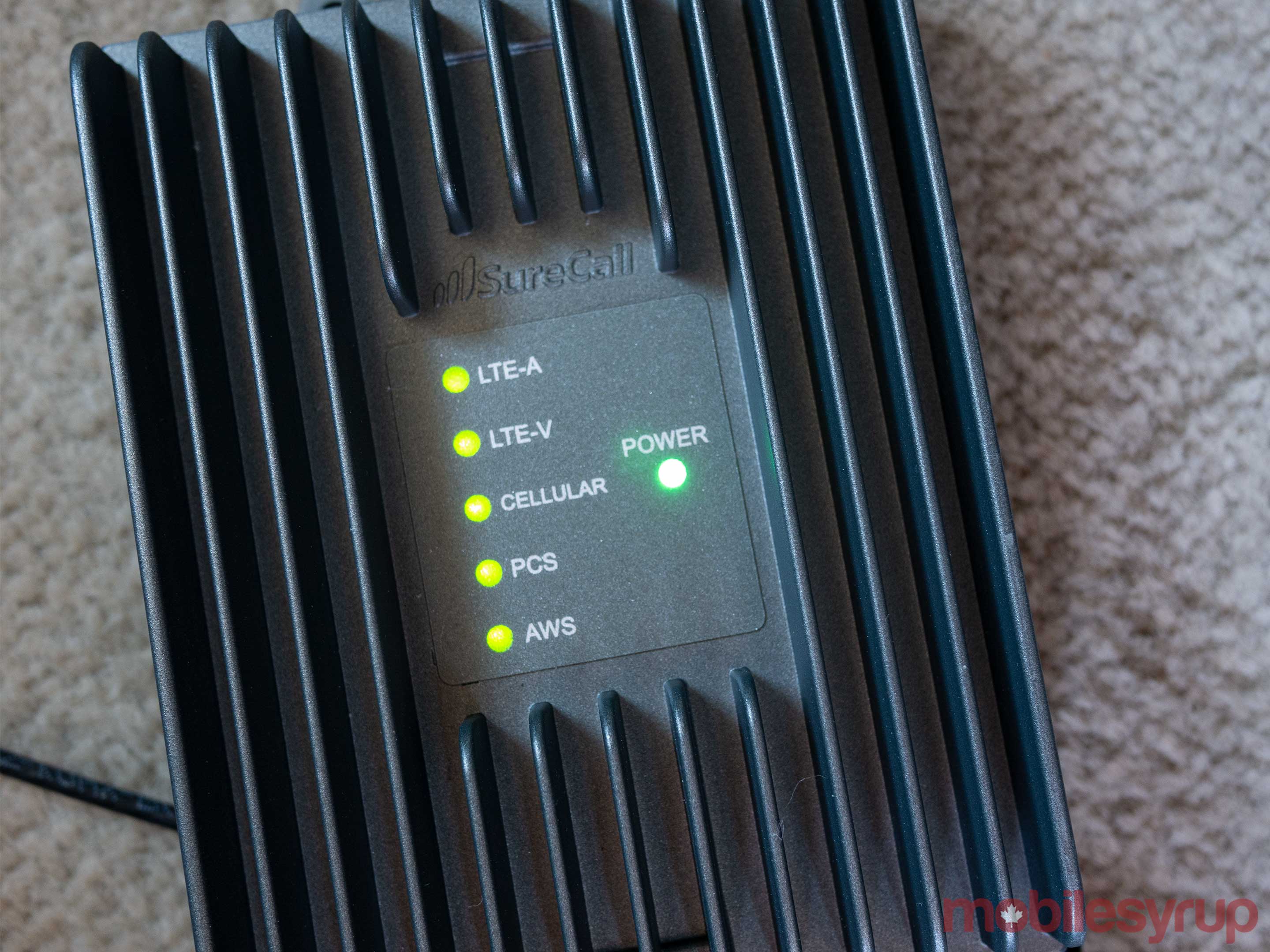 Jonathan Bacon, vice-president of marketing at SureCall, noted that upload performance is important to SureCall.

“A lot of systems emphasize the downlink, but the real test is amplifying the system back to the cell tower,” he said.

He also noted that the Fusion2Go 3.0 can’t make magic — there has to be some signal for it to draw from.

He said the company’s ambition is just to make the most of every last scrap of spectrum, or in other words: “We take a coverage map and make it honest.”

The company views 5G — the imminent fifth generation of wireless technology — as a major opportunity.

While 5G speeds are expected to be incredibly fast — multi-gigabit-per-second — the type of high-frequency spectrum used to achieve those speeds is even more easily obstructed than most LTE spectrum.

“The higher frequencies bounce off everything,” said Bacon.

“5G coming out is the reason for this industry not going anywhere.”

I’ve been using the Fusion2Go 3.0 in my 2014 Ford Fiesta for the last few weeks and have been pleasantly surprised with how well it actually helps in weak signal coverage areas.

The setup process was relatively simple and quick, requiring me to mount an antenna on the back half of my car’s hood. While this process might sound intimidating, the arial’s magnetic rear allows it to easily pop on and off my Fiesta’s metallic roof. I then opted to tuck the corn into the vehicle’s seat liner. SureCell does offer more permanent ways of mounting the outside arial, but they aren’t necessary.

The second part of the antenna is flat and designed to be placed in a location towards the front of the vehicle in order to create a boosted signal field that spans the length of the entire vehicle. 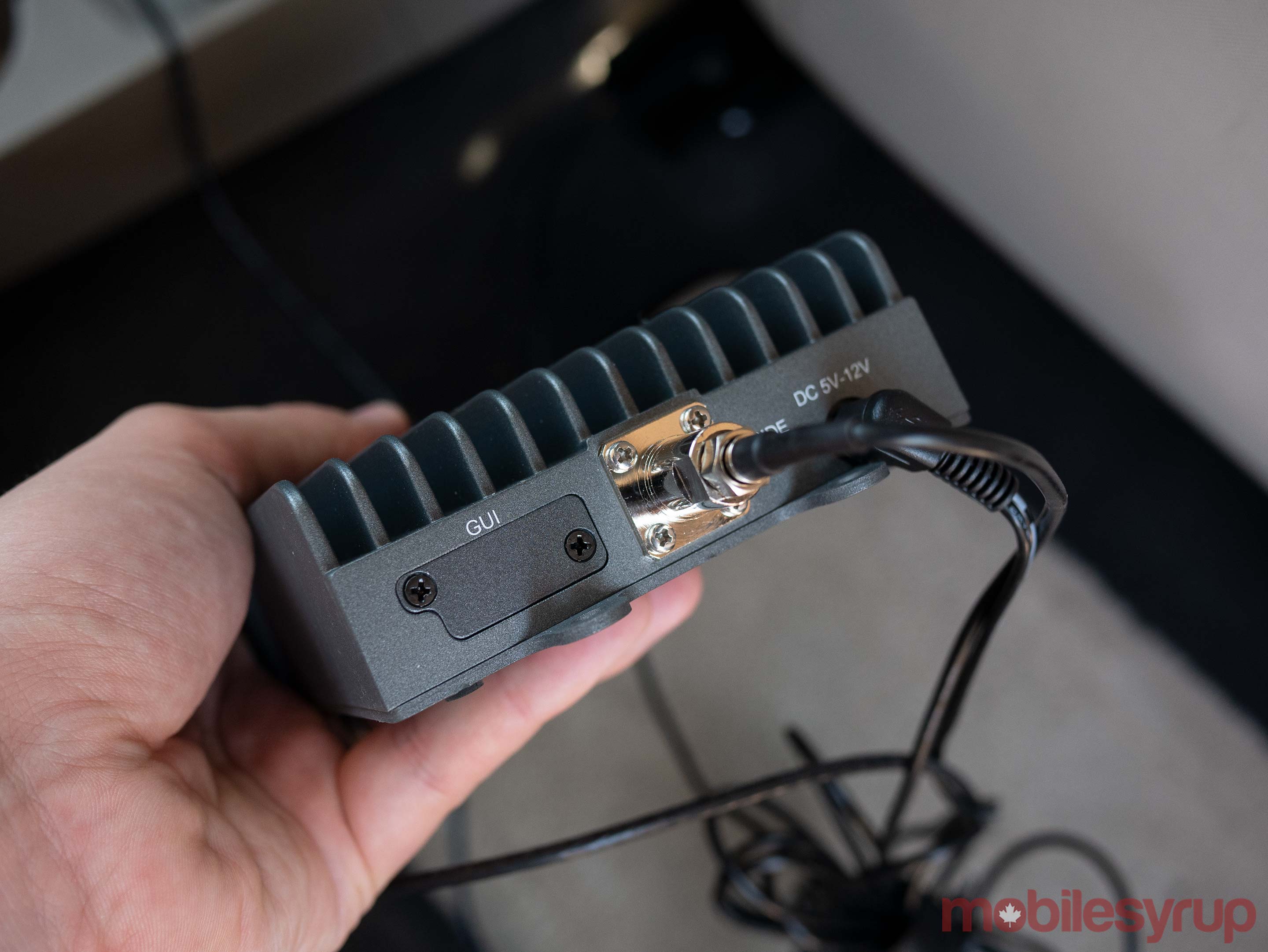 I opted to stick the velcro rear of this rectangular antenna to the side of my car’s passenger seat. I eventually slightly adjusted its position slightly to sit near the glove compartment because it was too close to my friends’ feet and frequently fell off accidentally.

Both arials are then plugged into the actual Fusion2Go 3.0 signal booster via two cables and ports that look and feel very similar to a standard coaxial plug. The booster unit is powered by the car’s cigarette lighter and can remain plugged in at all times as long as the built-in Switch is flipped off.

It’s unlikely that the Fusion2Go 3.0 will kill a car’s battery when the vehicle isn’t running given that the device only draws about 10w of power. That said, I always ensured that its cigarette lighter adapter was turned off and in most cases, also unplugged it as an additional precaution — there’s few things worse than a dead car battery when you’re on a trip. 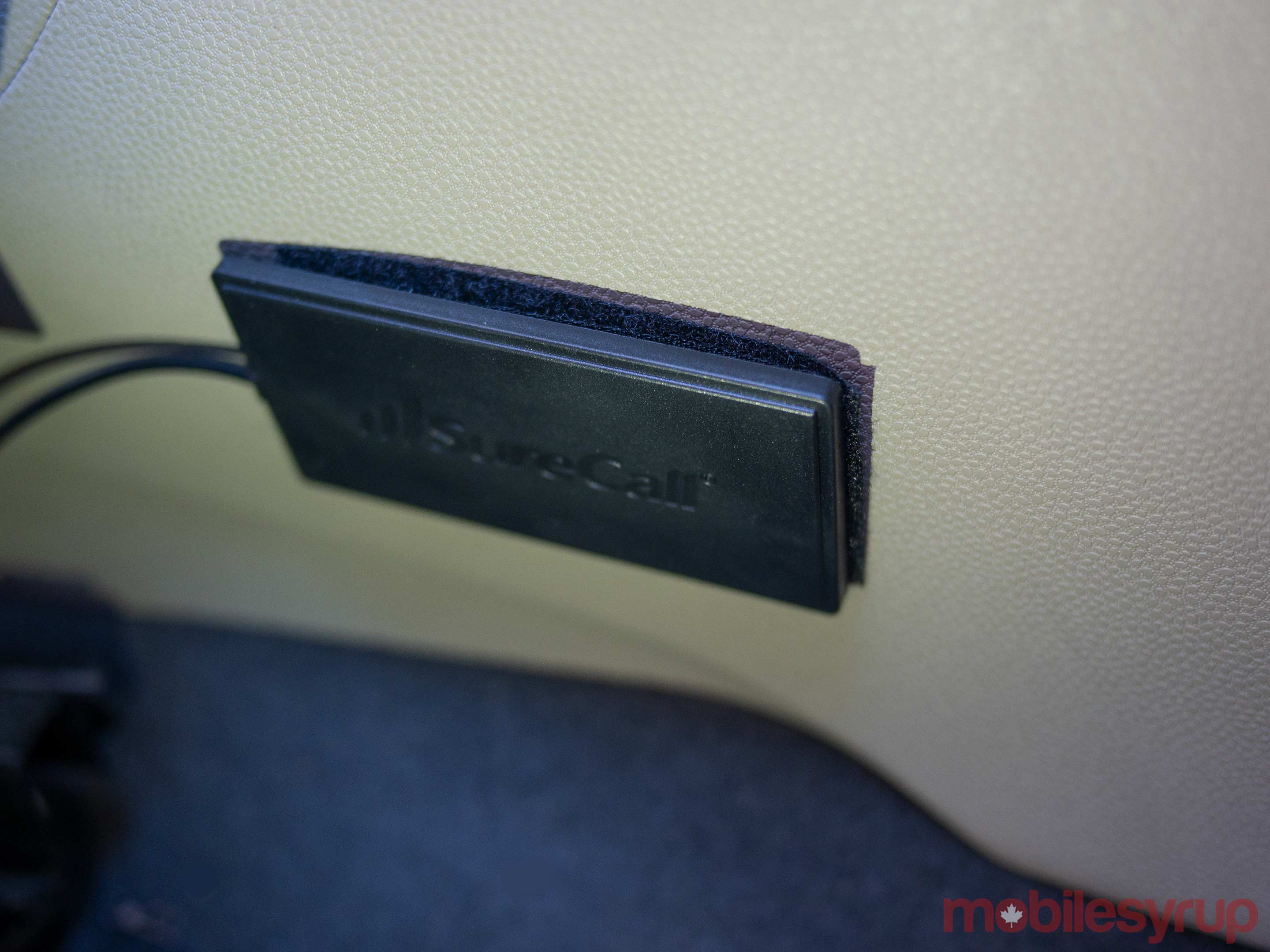 I primarily tested SureCalls’ Fusion2Go in two situations. My cell phone reception for both calls and data is incredibly weak in the area surrounding partner’s parents’ house in Oakville, Ontario. In fact the signal is so brutal that I can’t make calls or connect to 3G/LTE data. With the Fusion2Go on and running, I was able to get one bar of service, with both phone calls and internet browsing working adequately, though again web pages were slow to load and refreshing social media apps — like Twitter for example — sometimes took up to 30 seconds.

The same can be said regarding my testing of the Fusion2Go during a recent camping trip to Tobermory, Ontario. While I experienced a relatively a solid signal in the city, my campsite at Bruce Peninsula National Park was a wasteland of no connectivity. With the help of the Fusion2Go I was able to make phone calls and had a very weak LTE signal.

It’s worth noting that SureCall says the Fusion2Go won’t boost a smartphone’s signal indicator. Though I did notice in some instances that this did seem to be the case, during my tests in Tobermory, flipping on the booster resulted in my iPhone X displaying a few additional bars of signal. 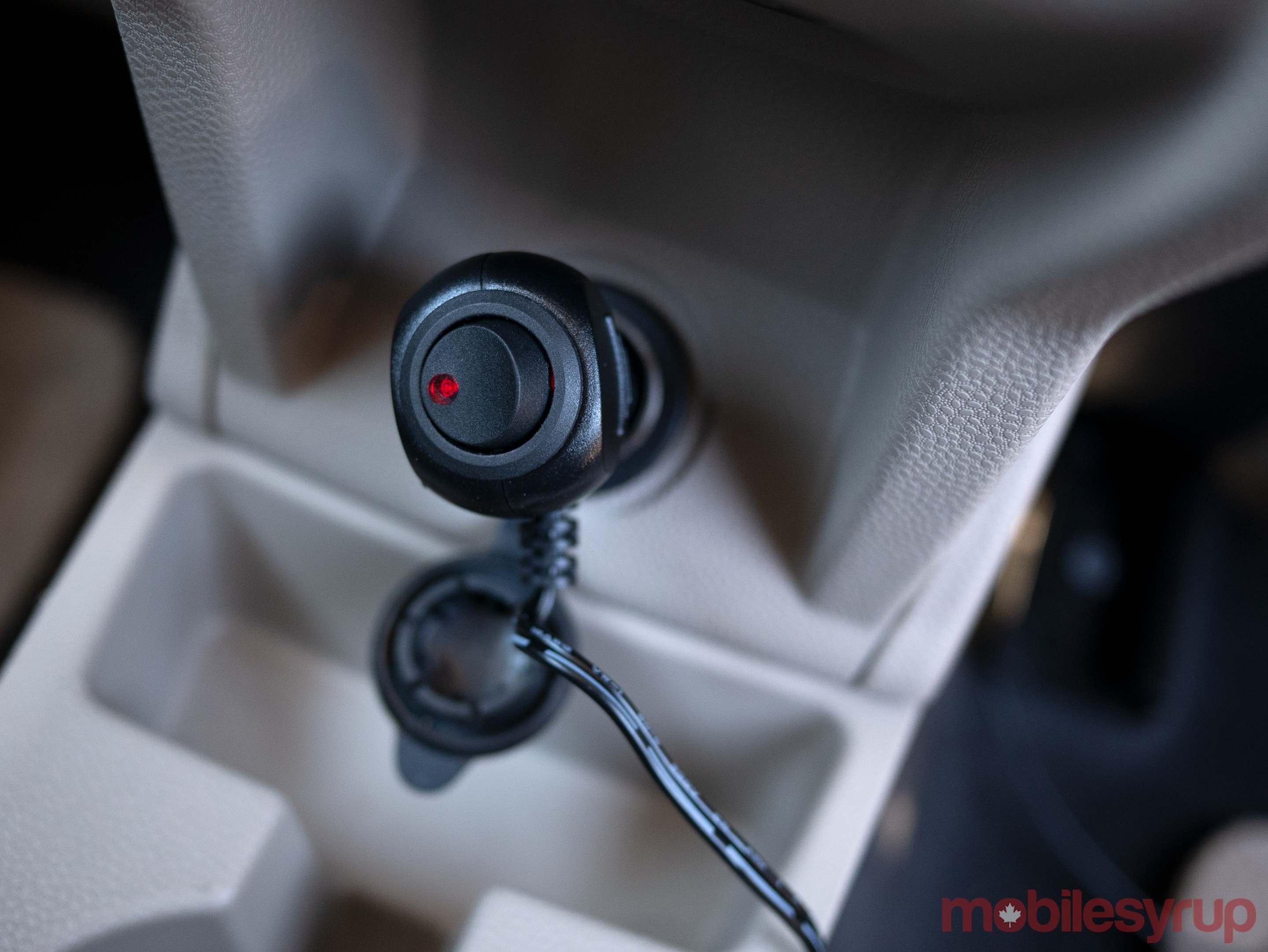 My cellphone service provider is Koodo, which is a subsidiary of Telus and runs off the larger carriers’ network.

The company’s sticker price for the Fusion2Go 3.0 is $599 CAD. It is available through Hitfar, RSShop.ca, Allcan Distributors, Amazon, Best Buy, The Source, IPC Innovation, Hutton, Gap Wireless and Sure Power.