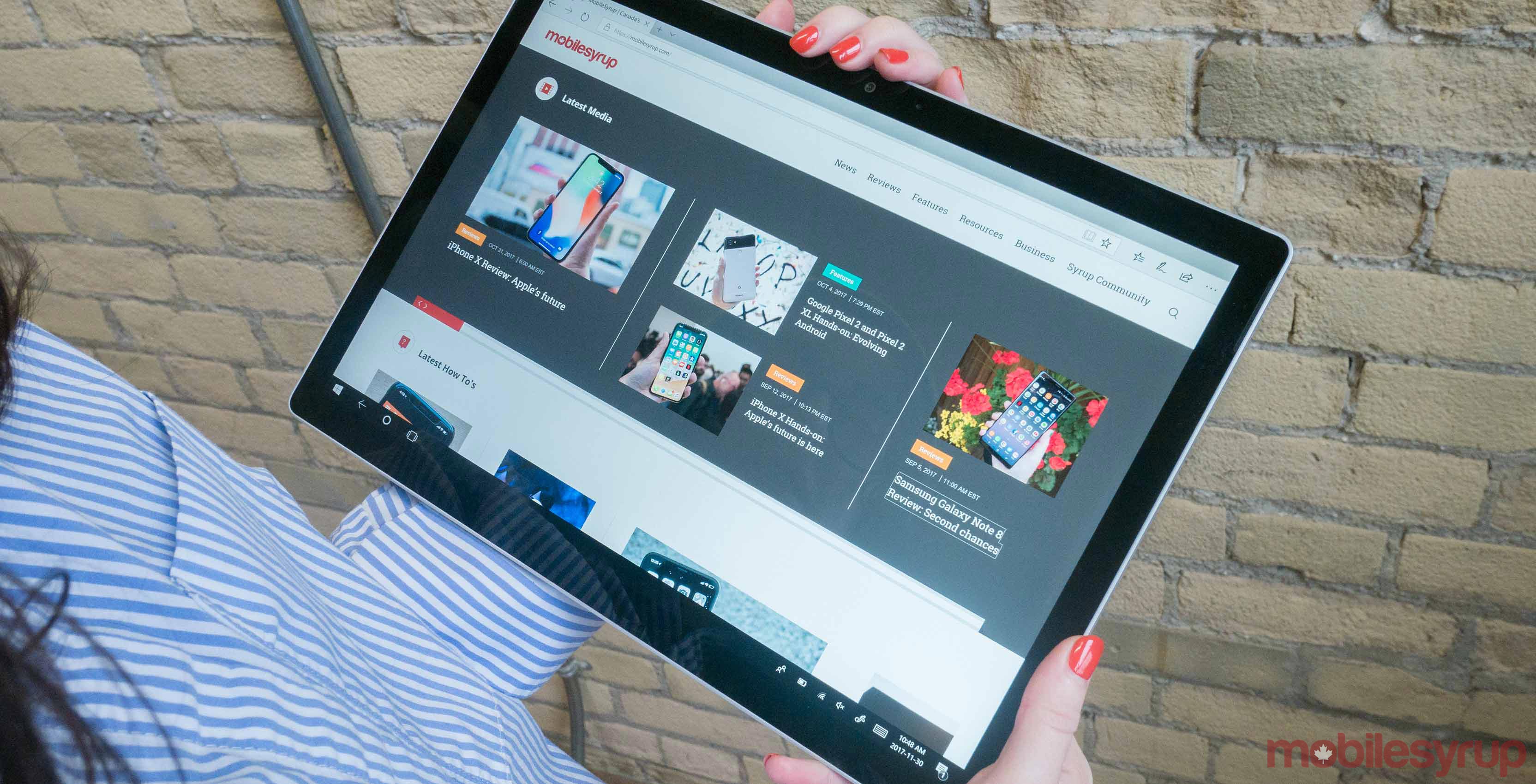 Microsoft is working on a 10-inch Surface-branded tablet, according to a new U.S. Federal Communications Commission filling.

The filling, which was first spotted by WinFuture‘s Roland Quandt, corroborates a recent Bloomberg report that said Microsoft plans to release a more affordable $400 variant of its Surface Pro two-in-one.

New Microsoft Surface hardware (tablet) incoming… FCC lists Model 1824, using a QC WiFi/BT module (= Intel based) and the 24W charger from the Pro 4. No clues apart from that, it seems: https://t.co/GWFMIPlBFv

According to Bloomberg, the tablet is 20 percent lighter than the Surface Pro 5 and features more rounded corners, improved battery life as well as USB-C charging. Additionally, the tablet will reportedly ship with a full version of Windows 10 preinstalled — not Windows 10 S as is the case with the Surface Laptop. What’s more, Microsoft allegedly plans to release a more affordable lineup of accessories, including a cheaper Type Cover, to sell alongside the device.

The filling itself doesn’t reveal too much in the way of new information about the device, other than the fact that it will come with a 24W charger.

Given that the tablet recently made its way through the FCC, Microsoft likely plans to announce it soon. With its more modest price tag, a new Surface tablet would compliment Microsoft’s annual back-to-school push.