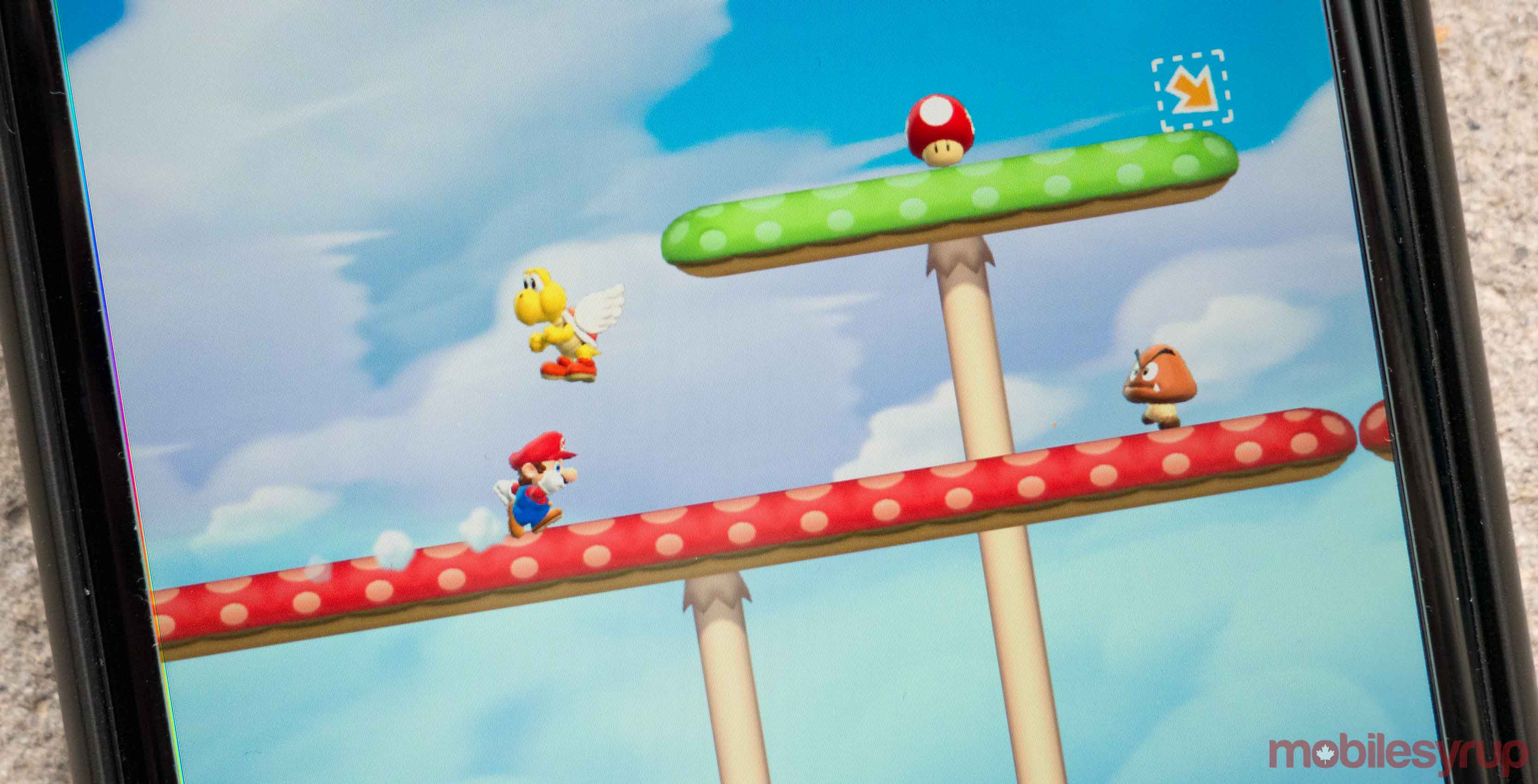 Super Mario Run has brought in over $60 million USD in revenue over the past 18 months, according to a new report from mobile analytics firm Sensor Tower.

The game, which was the first in Nintendo’s multi-title mobile partnership with developer DeNA, originally launched on iOS in December 2016. An Android version rolled out in March 2017.

Sensor Tower found that 77 percent of the game’s revenue to date has come from Apple’s App Store. By the first quarter of 2018, though, the revenue split had shifted slightly towards Google Play, increasing to 35 percent on the platform.

Overall, though, Super Mario Run hasn’t quite been as successful as Nintendo had hoped. While buzz for the game was initially quite high following a surprise reveal during Apple’s annual fall iPhone keynote, Nintendo later came under fire for Super Mario Run‘s premium pricing structure.

Specifically, Super Mario Run‘s first three levels were available for free, with the remaining content locked behind a $13.99 CAD paywall — a departure from the free-to-play nature of many other mobile games. The game also required a constant internet connection to be played, a feature that other Nintendo mobile games would later incorporate.

As a result, Nintendo revealed in its second-quarter 2017 earnings report that Super Mario Run had “not yet reached an acceptable profit point,” despite reaching 200 million downloads worldwide. However, the company noted said it had “learned a lot in terms of game development and deployment” from Super Mario Run and that it would explore other monetization options in the future.

On the other hand, Nintendo’s first mobile game, Miitomo, saw some commercial success but was ultimately shut down in May after over two years on the market. Nintendo’s mobile release plans have also fallen behind schedule, as the company was originally set to release five titles by March 2017, but ended up only releasing three (Miitomo, Super Mario Run and Fire Emblem Heroes). Pocket Camp missed this window by several months, while a fifth title has yet to be released.

It’s currently unclear what the fifth game was intended to be, although Nintendo Mario Kart Tour sometime in the fiscal year ending March 2019. Few details on the game have been revealed, besides the fact that it will be “free-to-start.” It’s unclear, however, if this means the game will feature a one-time fee to unlock the game, like Super Mario Run, or if it will be free-to-play and feature in-game purchases.