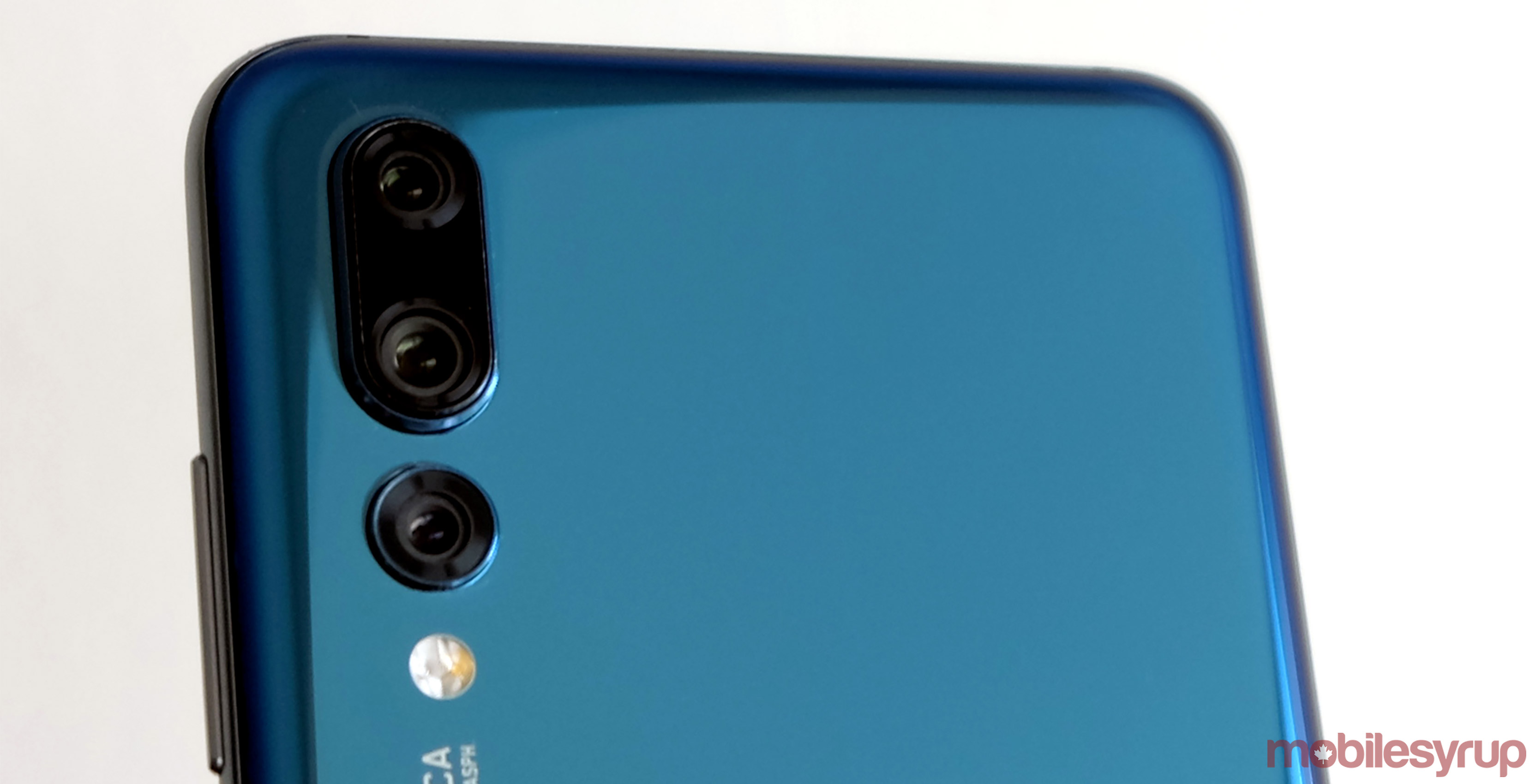 Huawei is a brand that captures headlines, yet struggles to get noticed. How does that happen? Geo-politics tend to cast a long shadow, but that’s neither here nor there when it comes to the technical strides the company is making with its cameras.

I covered some of my initial thoughts in a previous hands-on, but in taking the P20 Pro with me on a trip to Asia, B.C. and living in the Toronto area, I’ve come to know what to expect from this shooter. 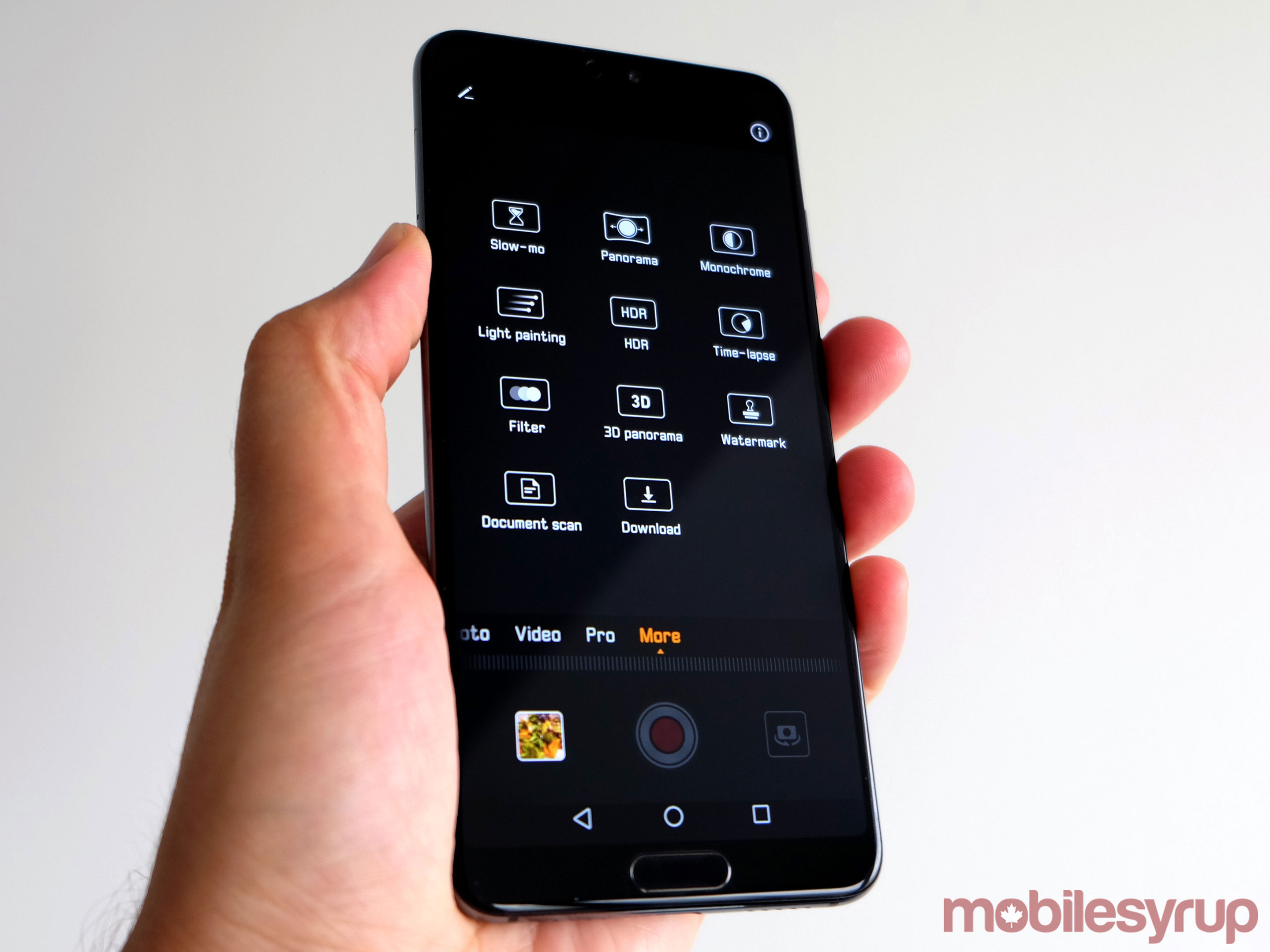 Pushing aside the notion that this camera is not only more adept, but also “smarter” than its competition, the visual proof suggests an interesting battle ahead.

When you market your phone’s camera to be the most advanced and intelligent system available, you best back that up. Out in the field, in varying conditions, it took me some time to warm up to the whole package, but I was left thinking there may something special going on here. 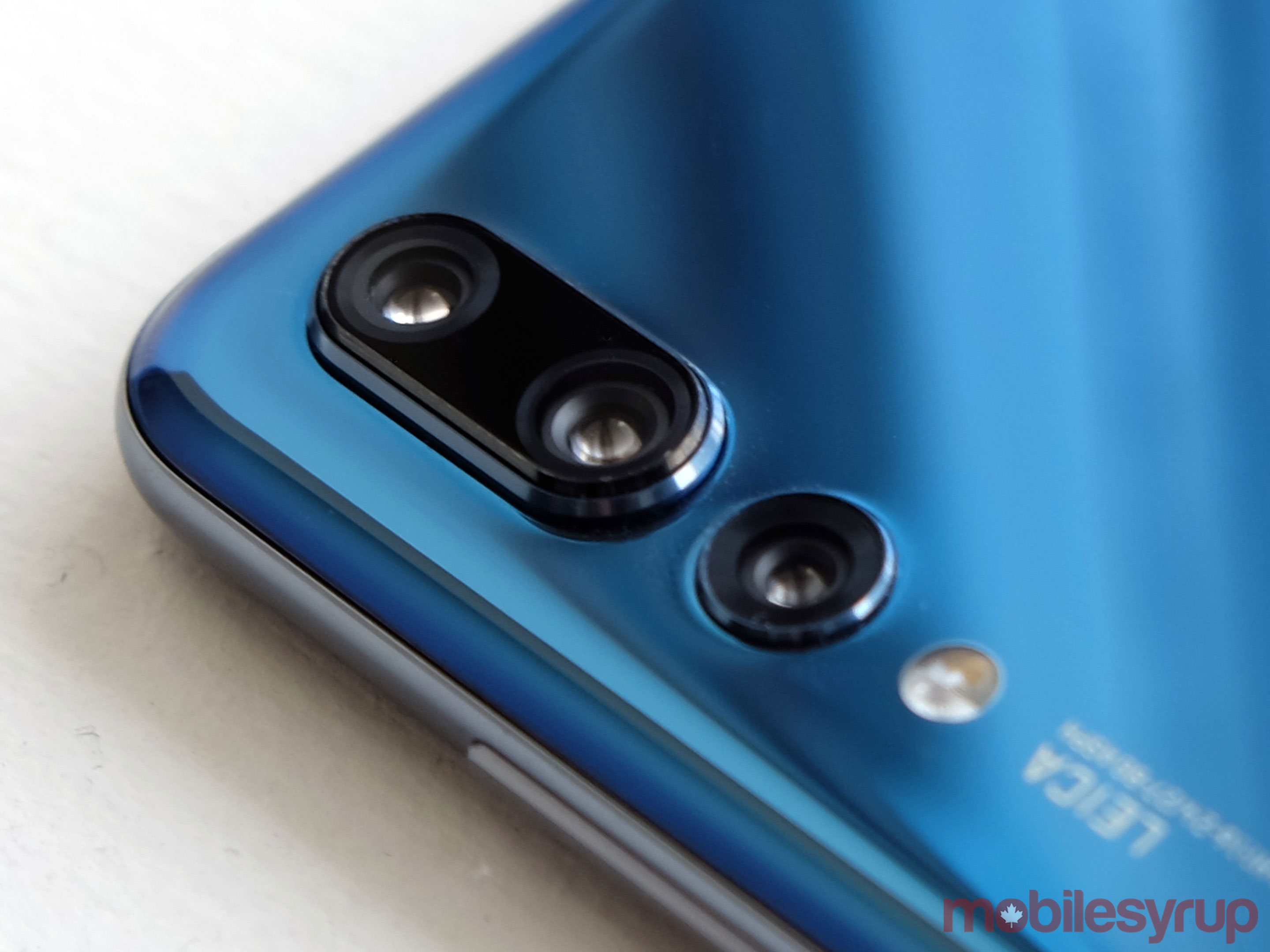 The phone’s most obvious physical trait is its rear triple lens layout. And while they’re integral to the overall picture, it’s the software inside that stood out to me.

The more intriguing physical aspect, at least for me, was going all the way up to 40-megapixel on the main RGB lens, courtesy of an unusually large 1/1.7-inch sensor. With a decent f/1.8 aperture, the company suggested low-light performance would be unmatched by any other smartphone on the market.

That’s where the software comes in. Huawei’s new-and-improved Night mode allows the P20 Pro’s camera to capture scenes with incredible light and detail. By reaching ridiculously high ISO levels and slow shutter speeds, one could shoot a handheld night or low-light scene with ease. Under normal circumstances, such a shot would be all but impossible without some hand shake blurring the scene. 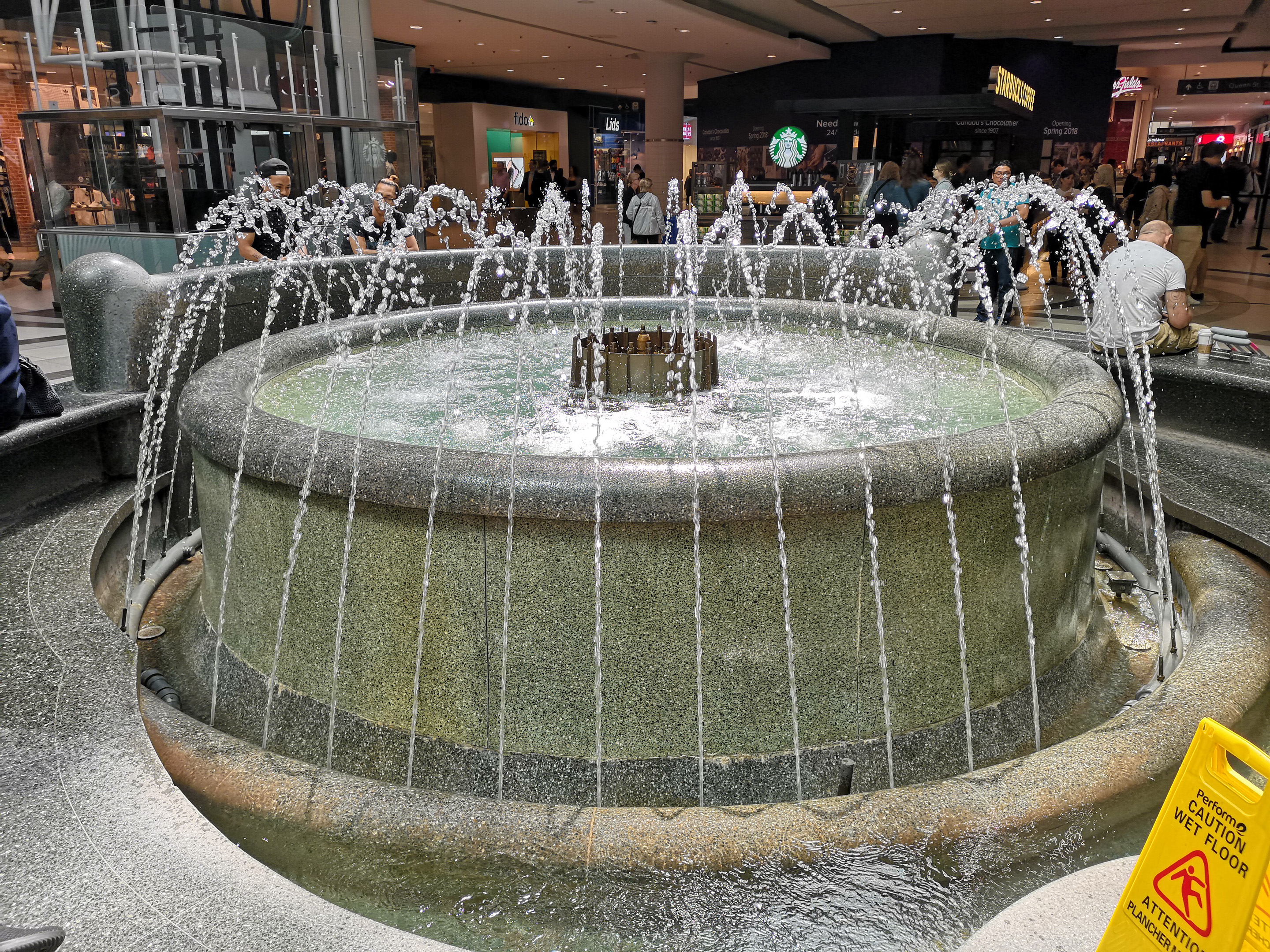 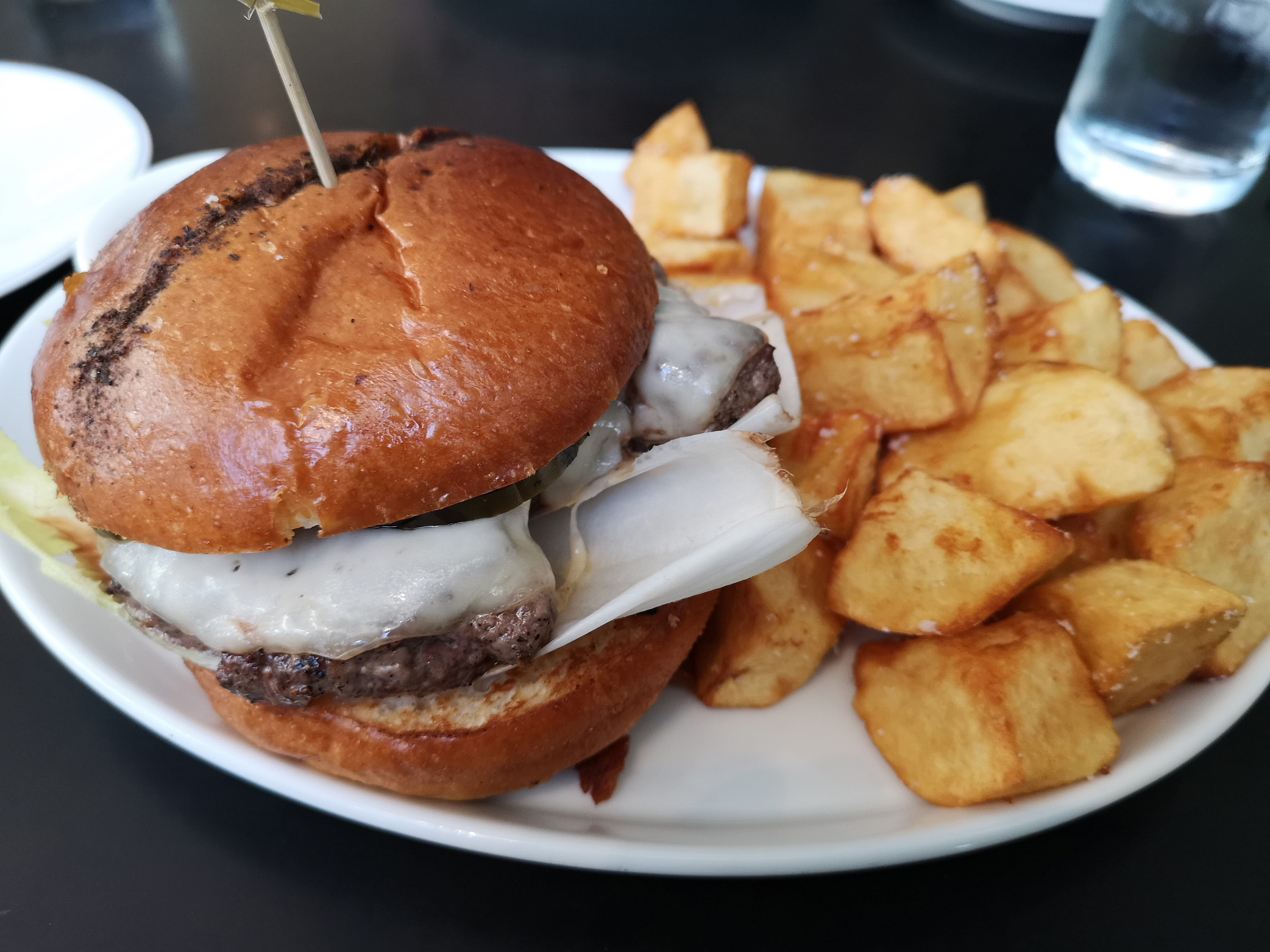 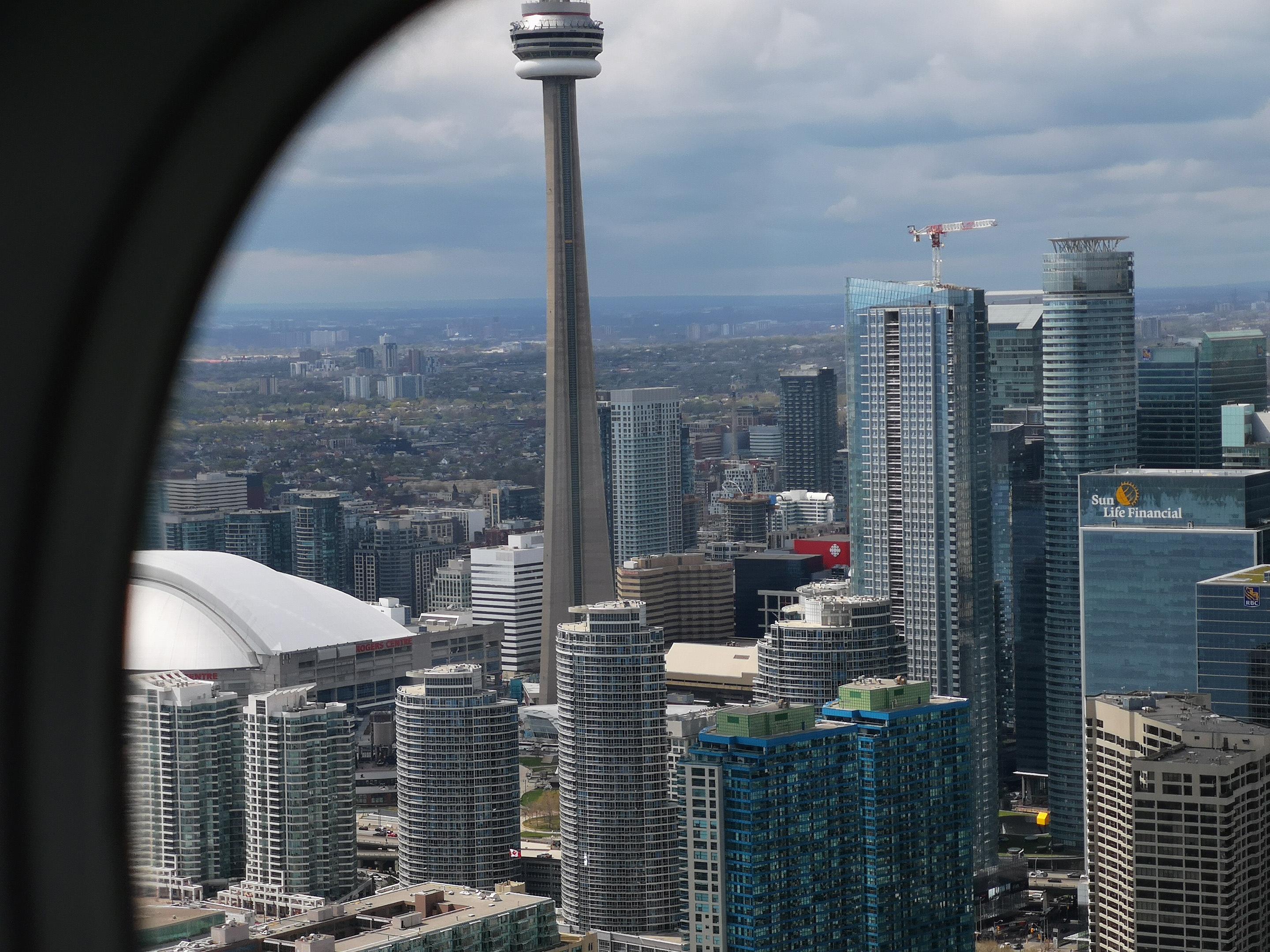 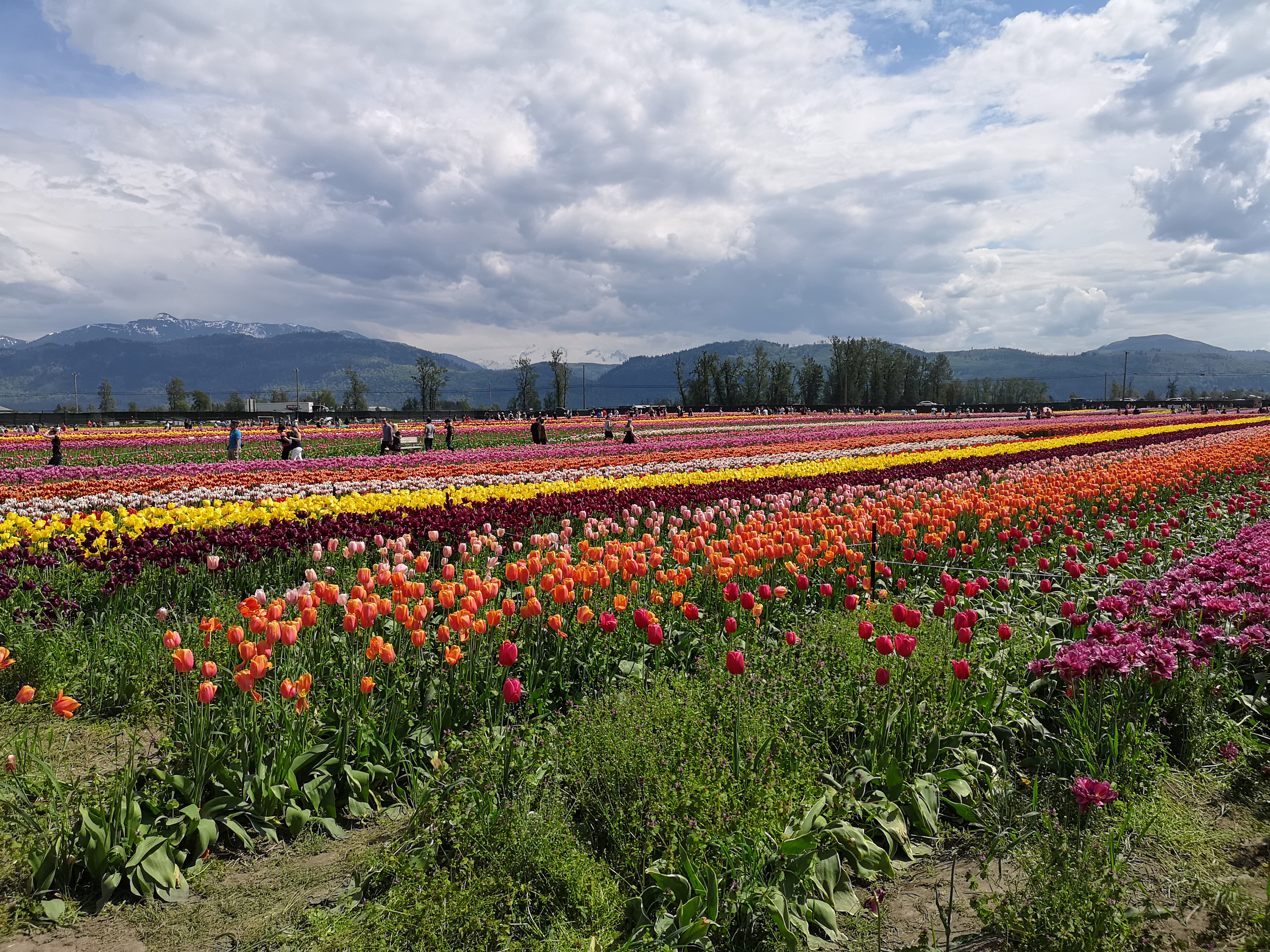 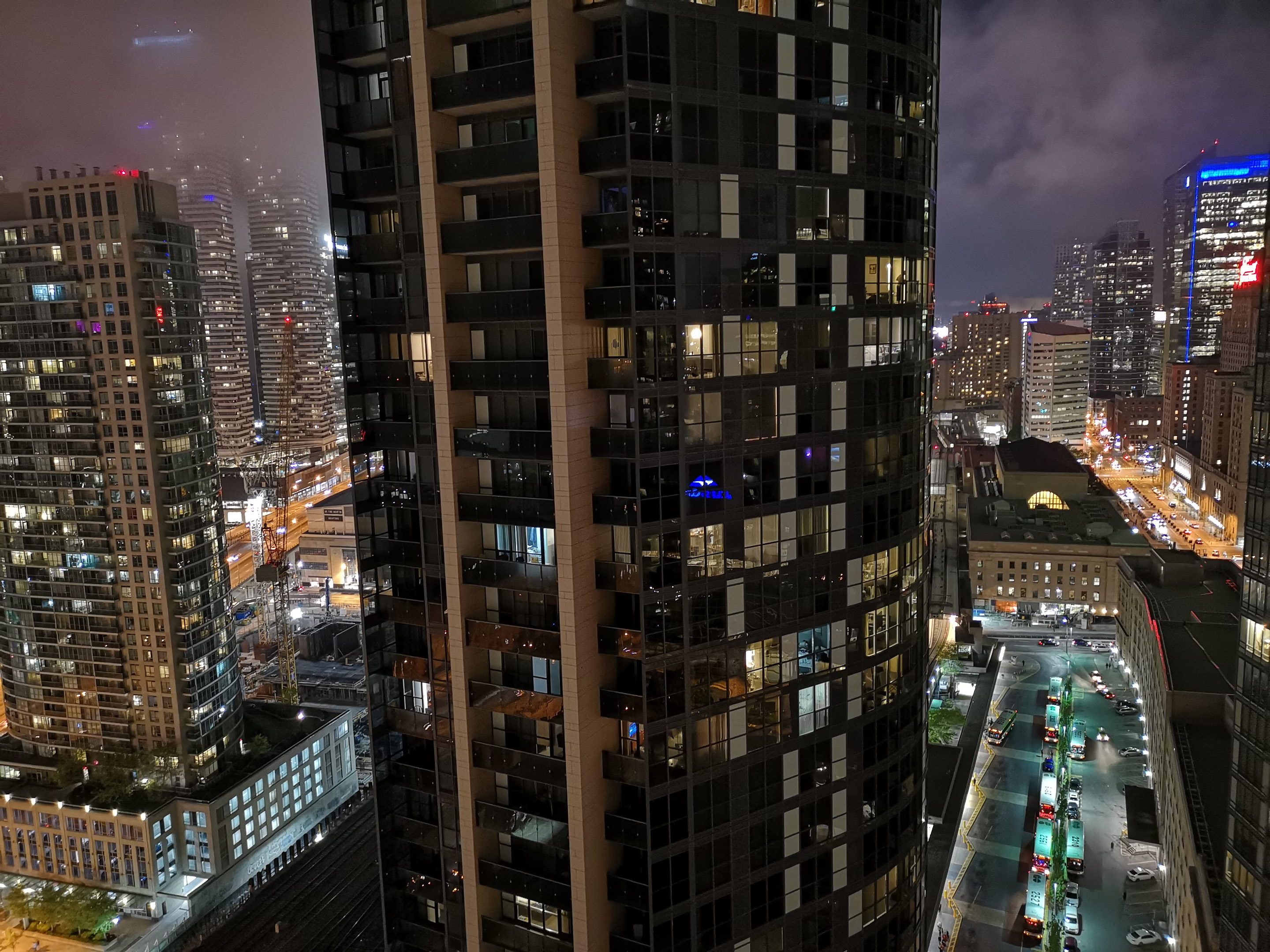 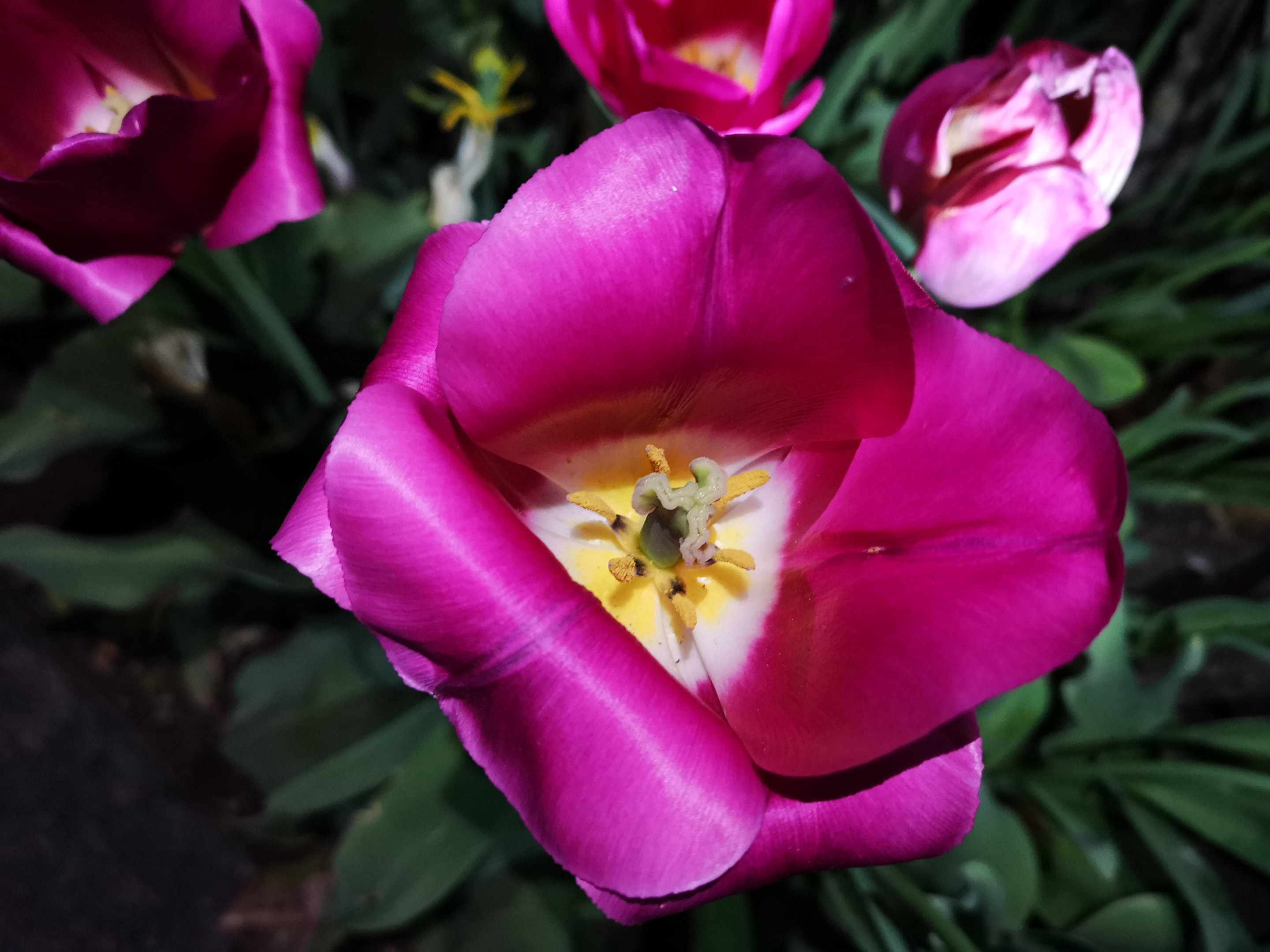 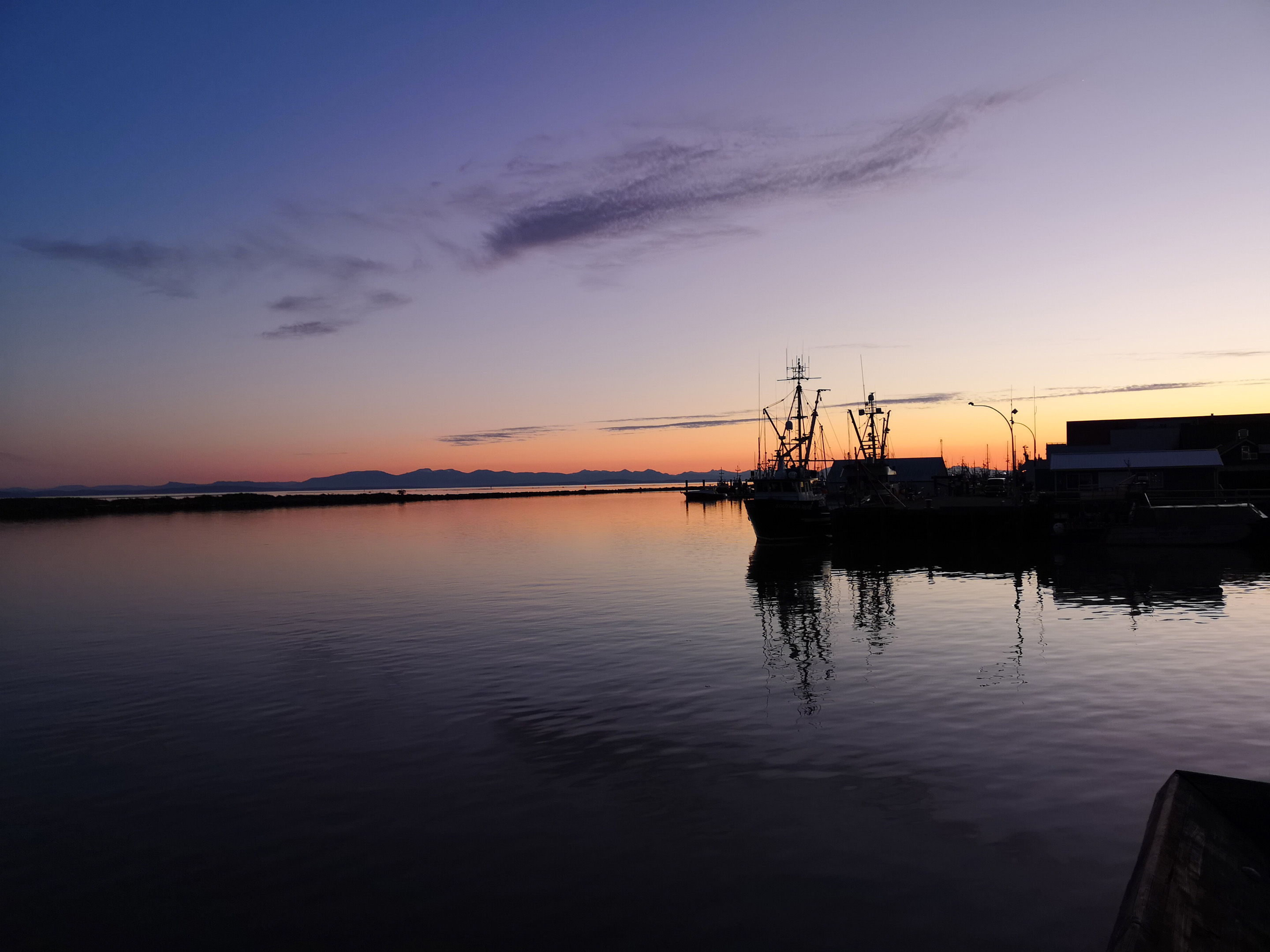 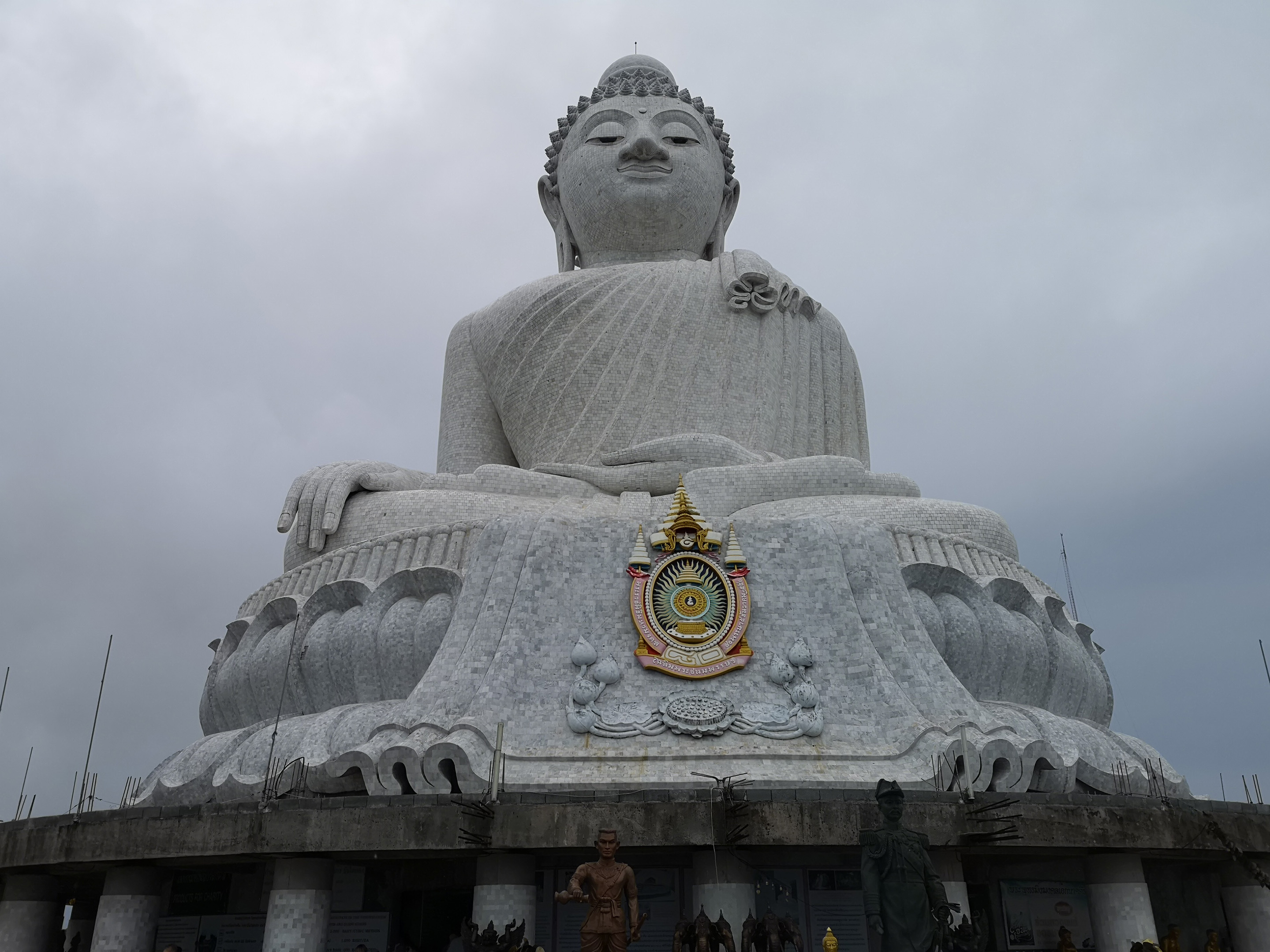 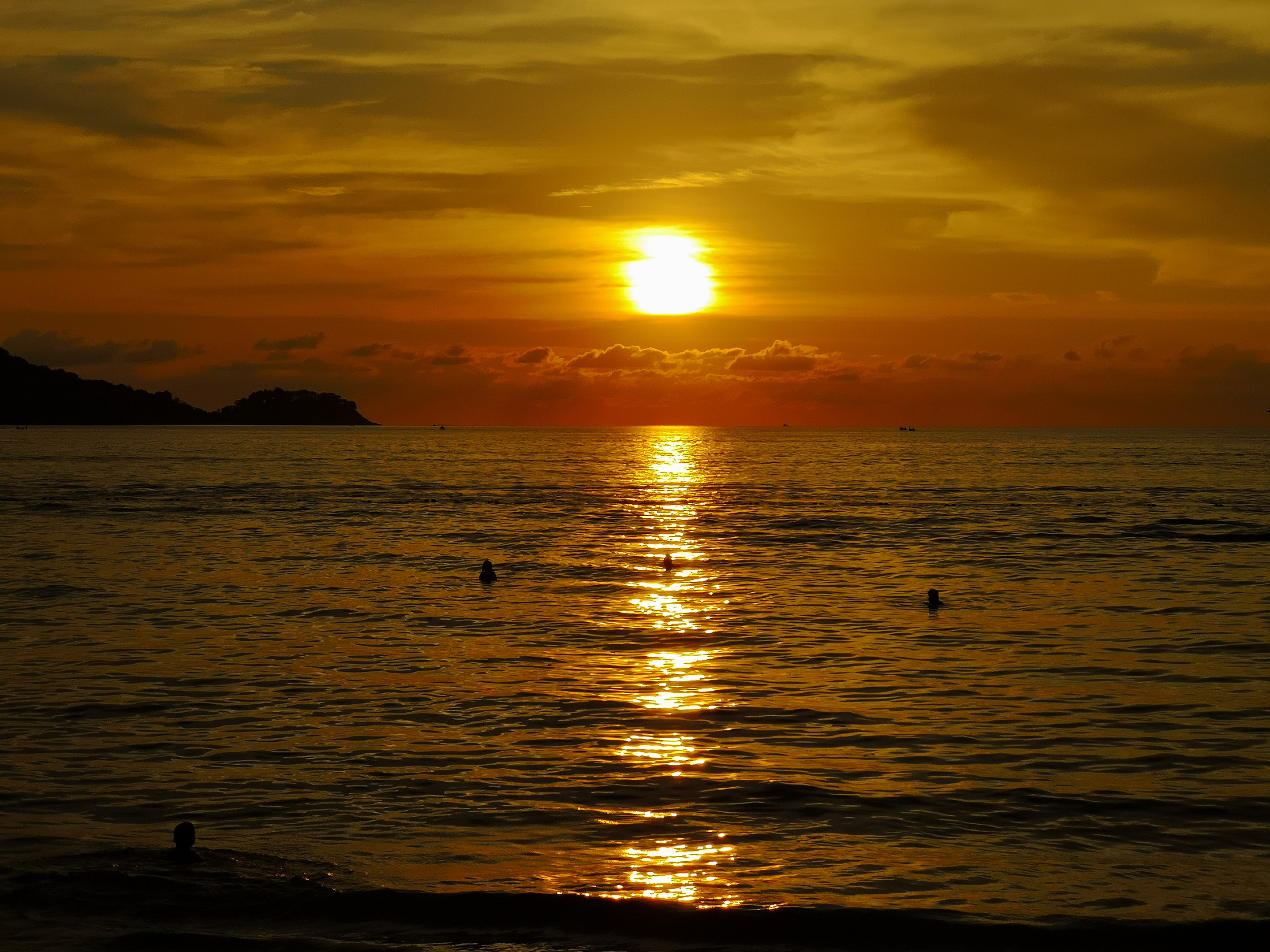 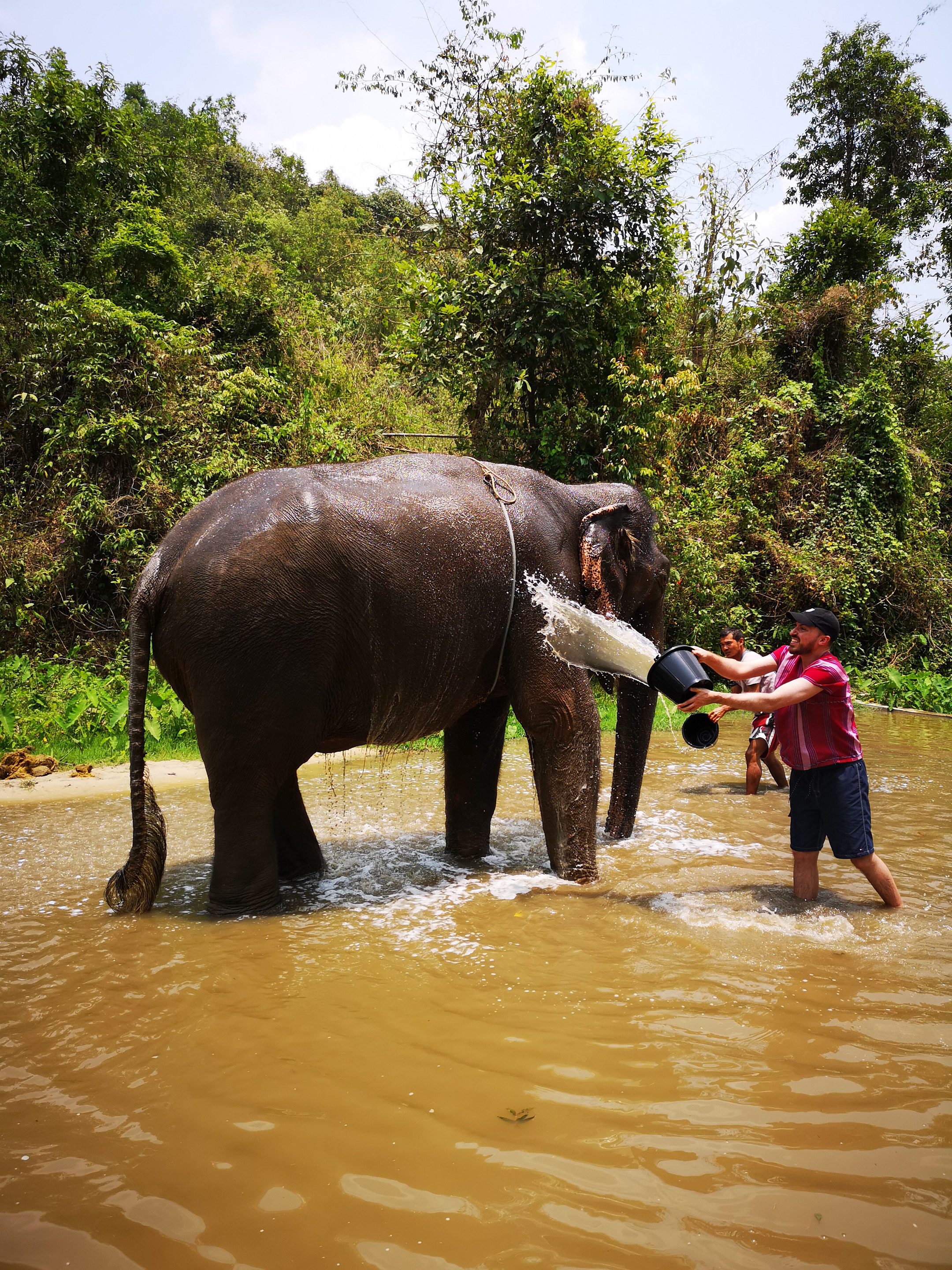 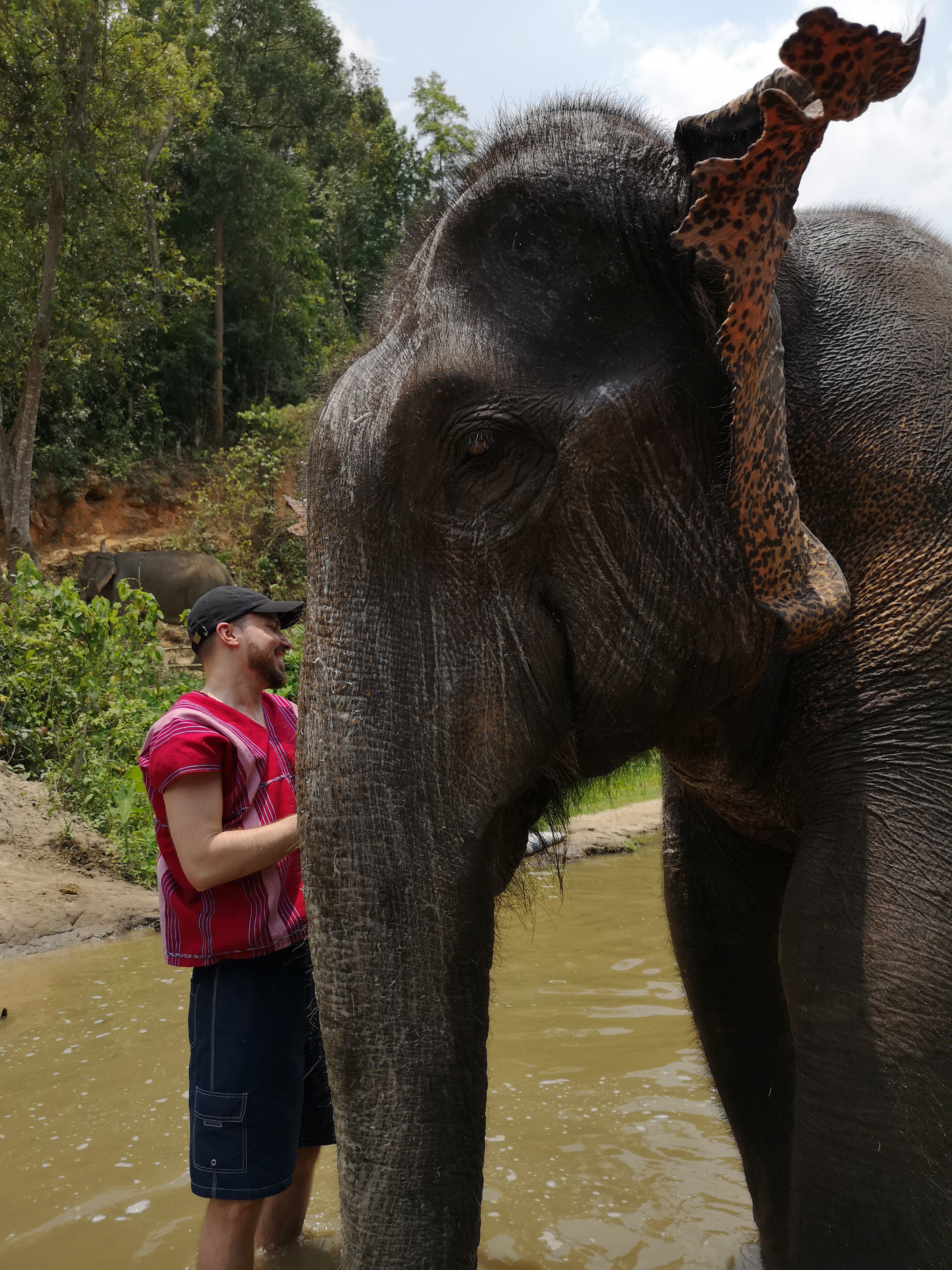 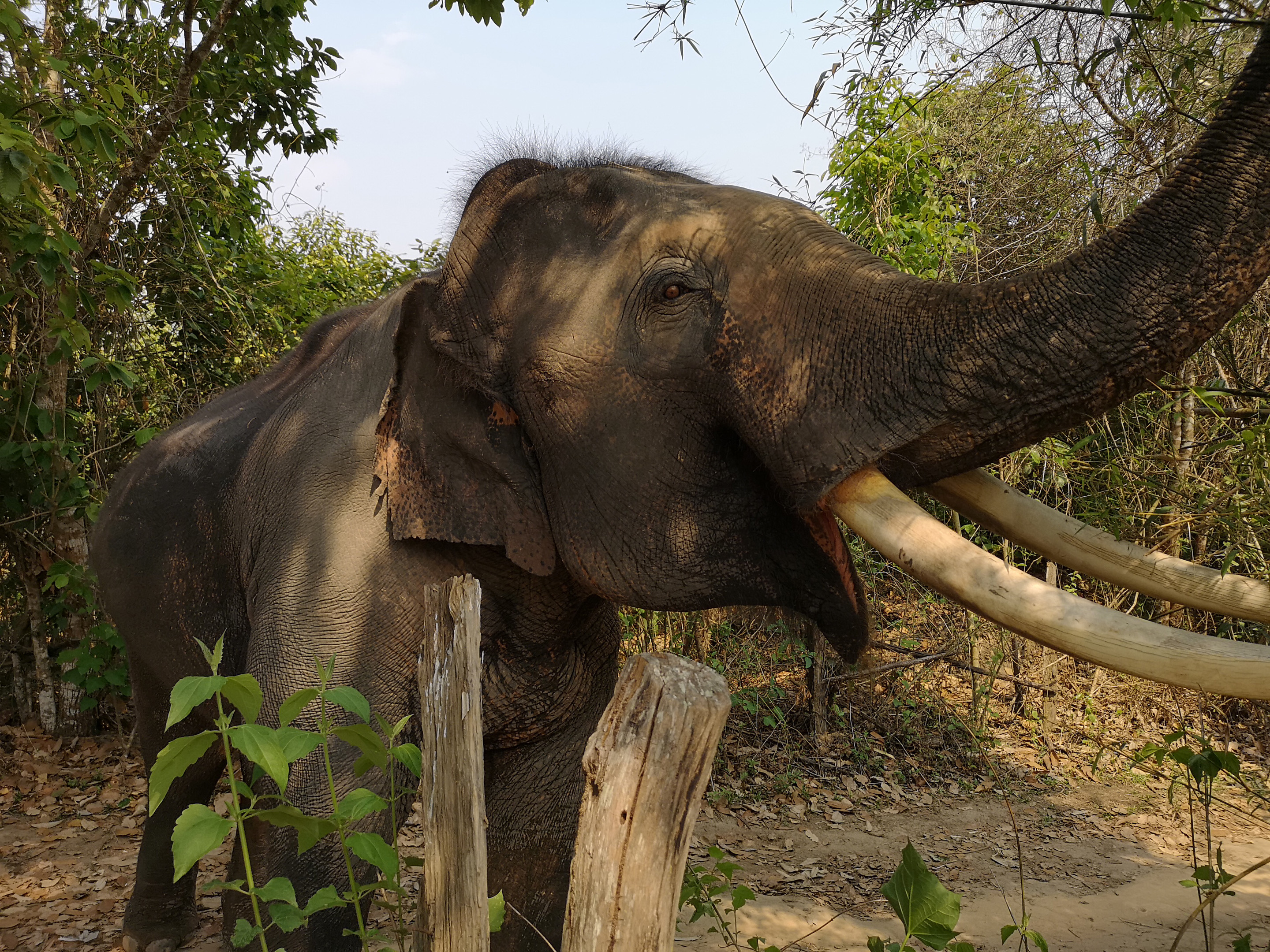 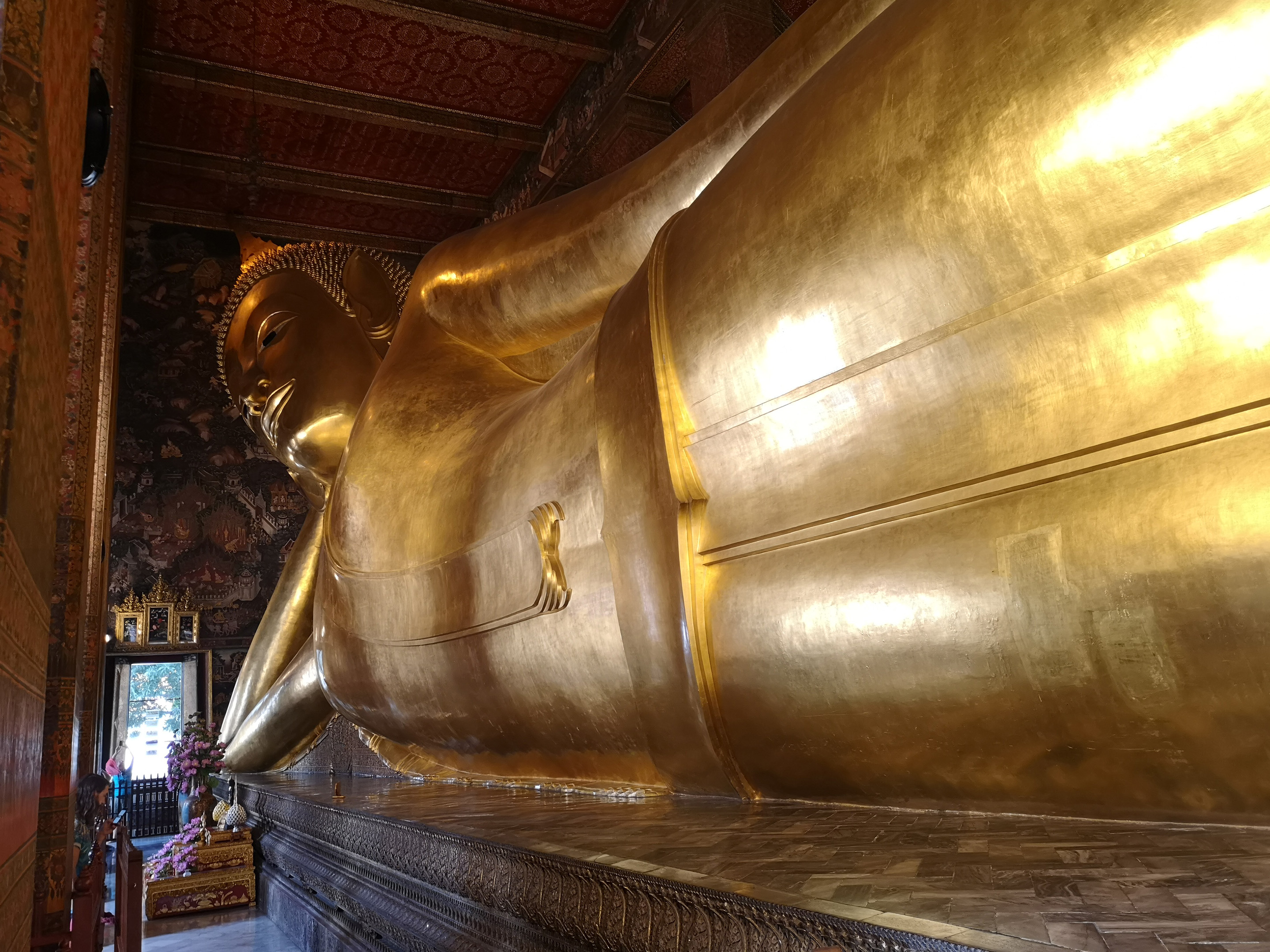 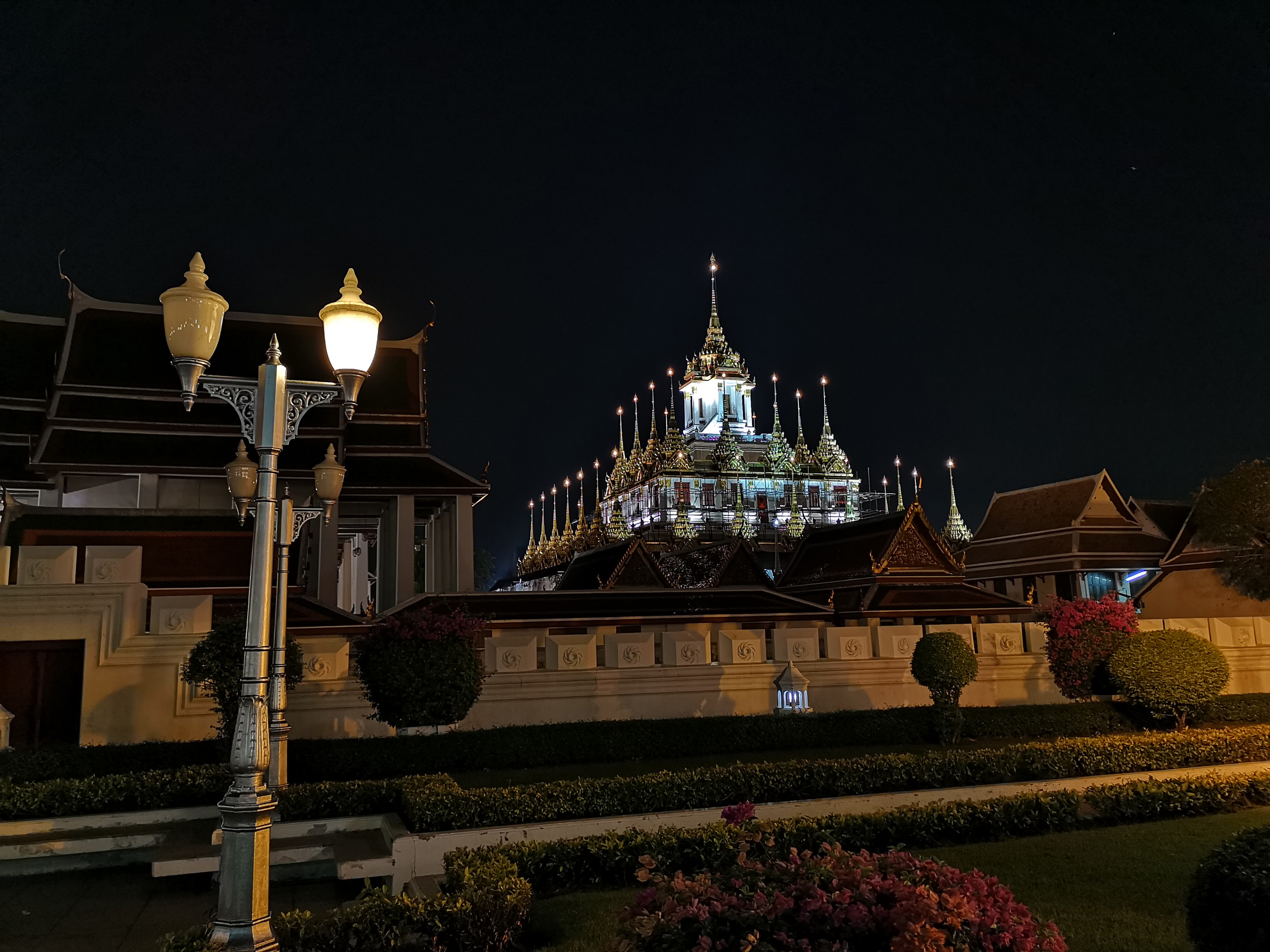 With the P20 Pro, I shot night scenes that seemed almost impossible to believe were done without a tripod. After snapping something, I saw it go to work, almost literally breathing life into what was otherwise a decent night photo. The AI-assisted image stabilization keeps everything steady down to a four-second exposure. It works really well, but naturally won’t be able to freeze any movement.

It was obvious to me that Huawei leaned heavily on HDR to give these images their vibrancy. Without being able to adjust the extent of the effect, it was hard to gauge how much tinkering I could’ve done. Truth be told, though, the only way I could match the results was to use a tripod in Pro mode and then apply HDR editing after the fact — something that would take much longer than this method.

Huawei is promoting the notion that software can do most of the work in figuring out how to best shoot a scene. For example, the P20 Pro (and P20 as well) recognizes no less than two dozen unique scenes. Whether it’s a sunset, close-up or food on a plate, it adjusts accordingly to enhance the shot.

It’s nifty, but needs work. In cases where two scenes are in the same frame, the software was confused as to what to prioritize. If I was looking at a beach with some greenery in front of it, the camera would sometimes focus on the wrong one. I had two options: I could either tap to maintain the focus on what I wanted, or tap the X to remove the AI entirely from the shot.

The tendency to ramp up contrast and drive up saturation is hit or miss. At times, it was completely unnecessary, ultimately lending a photo a cartoonish blend of colour. Other times, it was fine, but only for shots that benefitted from extra colour, like a sunset or beautiful dish.

Then there’s the sharpening effect after snapping the pic. Huawei includes this by default, and it can be a little aggressive. It does pick and choose, however. I noticed it was less prevalent if the AI knew I was shooting someone’s portrait, but applied it more heavily to any natural scenes. 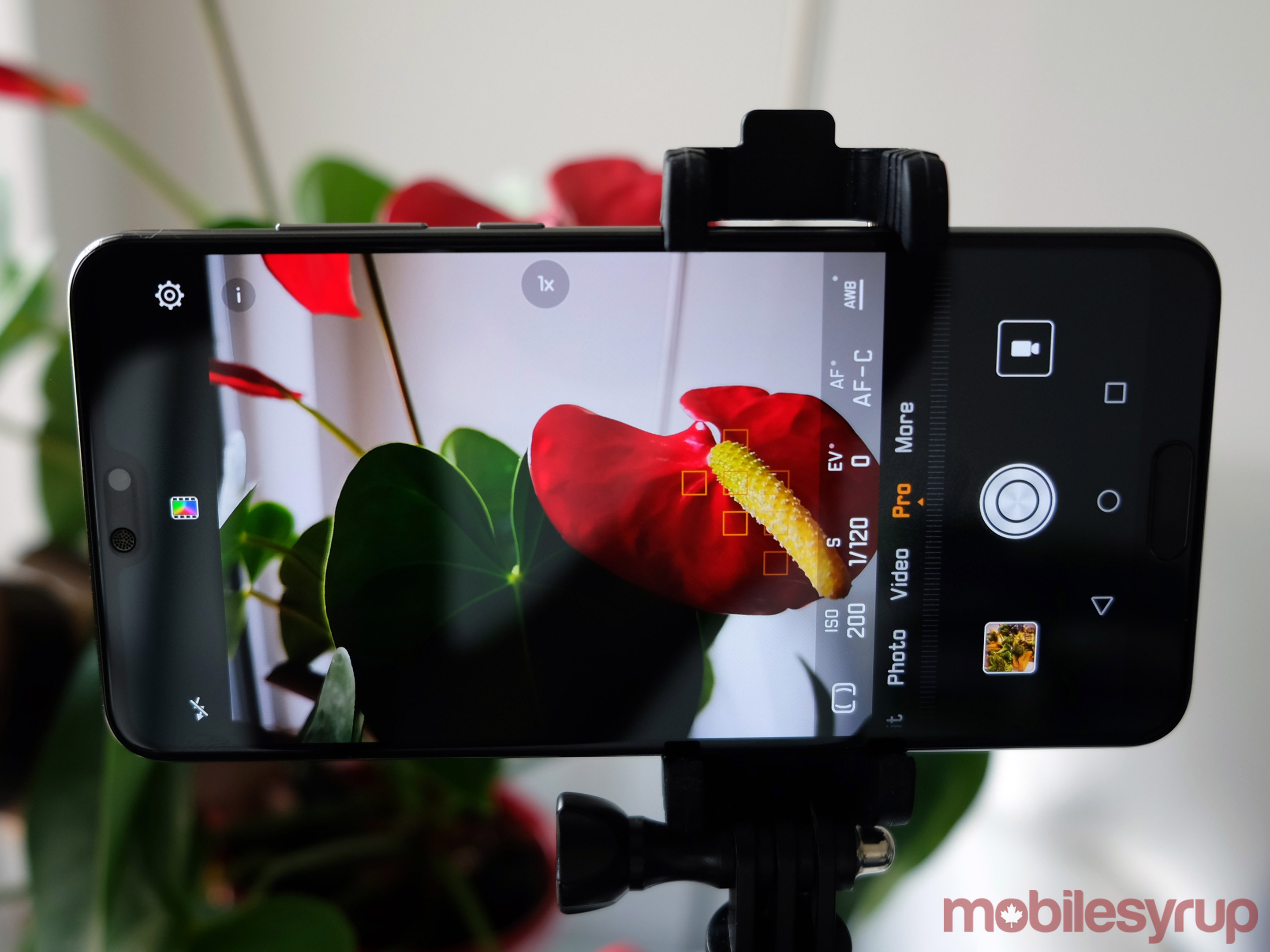 Huawei didn’t really touch the Pro mode much, which is a good thing. This is the most natural way to shoot, and it’s devoid of any of the stuff the company packed into the other modes. Pro mode does apply equally to the 3x optical zoom lens as well, which can help in certain situations.

As expected, it has a considerably tighter aperture, so doesn’t do well in low-light, but is great at getting closer to a subject in good lighting. Just don’t expect exceptional images. The number of pixels available are limited, and the lens is especially susceptible to light variations.

Either way, the interface is more conducive to shooting in Pro. I found it easier to adjust shutter speed, ISO, white balance, exposure and autofocus than in last year’s P10 and P10 Plus. As good a shooter as the P20 Pro proved to be, Pro was the mode that showed its true mettle for me (as it tends to with most phones). Being able to shoot in RAW only drives the point home further. 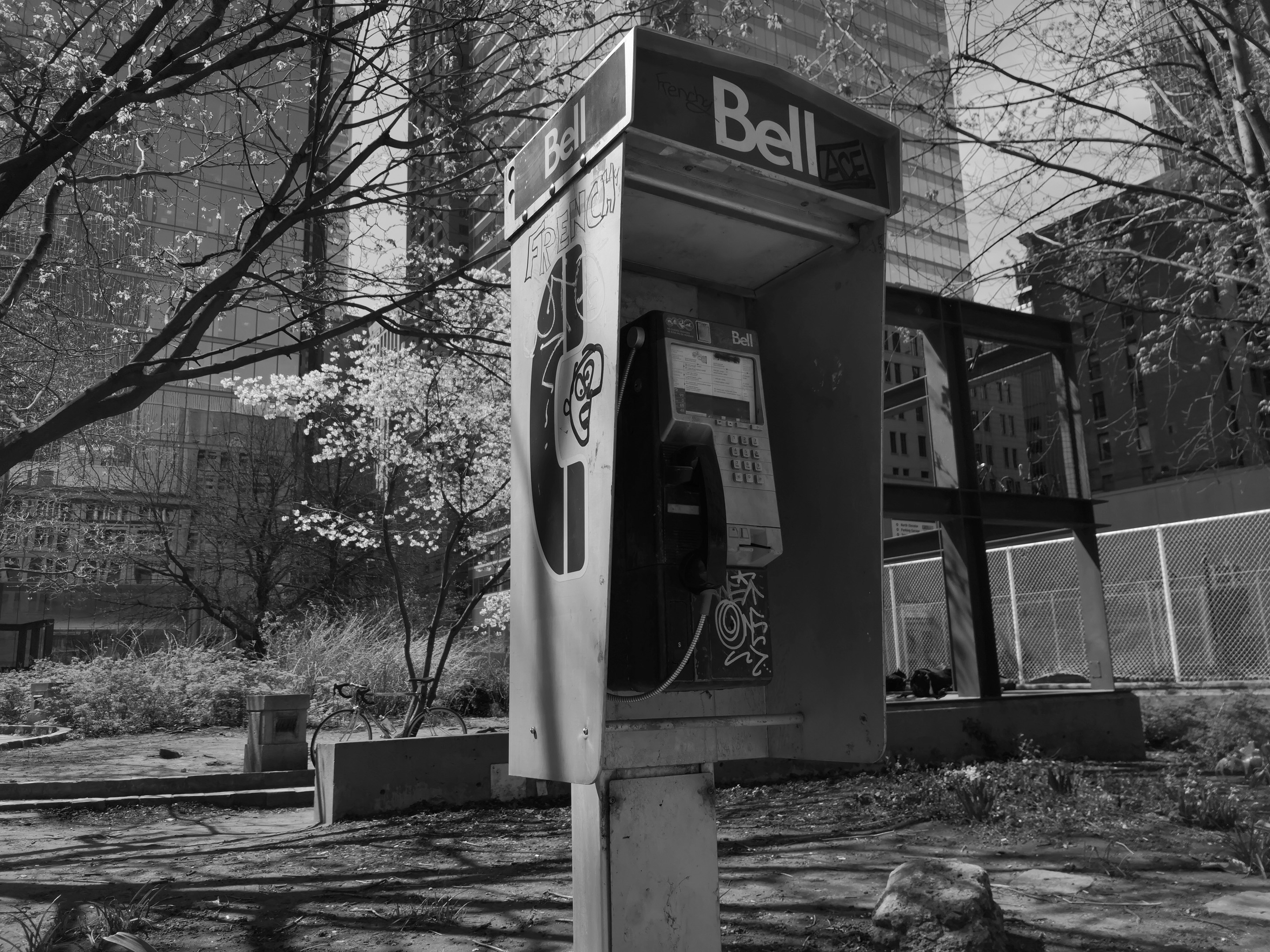 Unfortunately, there’s no way to use it tandem with the Monochrome mode lens. Shooting in black and white is cool, but you’re at the mercy of the software’s whims. I didn’t see a major difference in output with this mode, but that’s okay. It was more than good enough already.

Huawei still uses the monochrome lens to help out with both the Aperture and Portrait modes, drawing in light to help create the bokeh and softening effects those two offer. And like Apple, there are different effects to add some character to portraits, including studio lighting.

This super slow-motion video thing is fast becoming a ‘me too’ feature after Sony first introduced it last year. Here, Huawei uses the RGB and telephoto lenses together to capture a 0.2-second clip at 960fps and get a slow six-second clip in 720p.

Trying it out in the field didn’t really impress me. It’s not any different than what others have already done, and the clips lack both sharpness and colour. It’s a novelty that’s nice to show off, especially if the subject matter is interesting, but otherwise, it’s just there to try out.

Shooting regular video in 4K is much better, and while I didn’t go crazy shooting clips everywhere, the results weren’t bad at all. Again, the AI perks up and tries to help improve images but is far less prominent. Nothing pops up on screen to adjust on the fly, it’s just basic enhancements to adjust for the scene.

Choosing between H.265 and H.264 codecs is brilliant, given the former creates smaller file sizes. Now, if only Huawei could include a 24fps video mode in 1080p to give footage a more cinematic look. 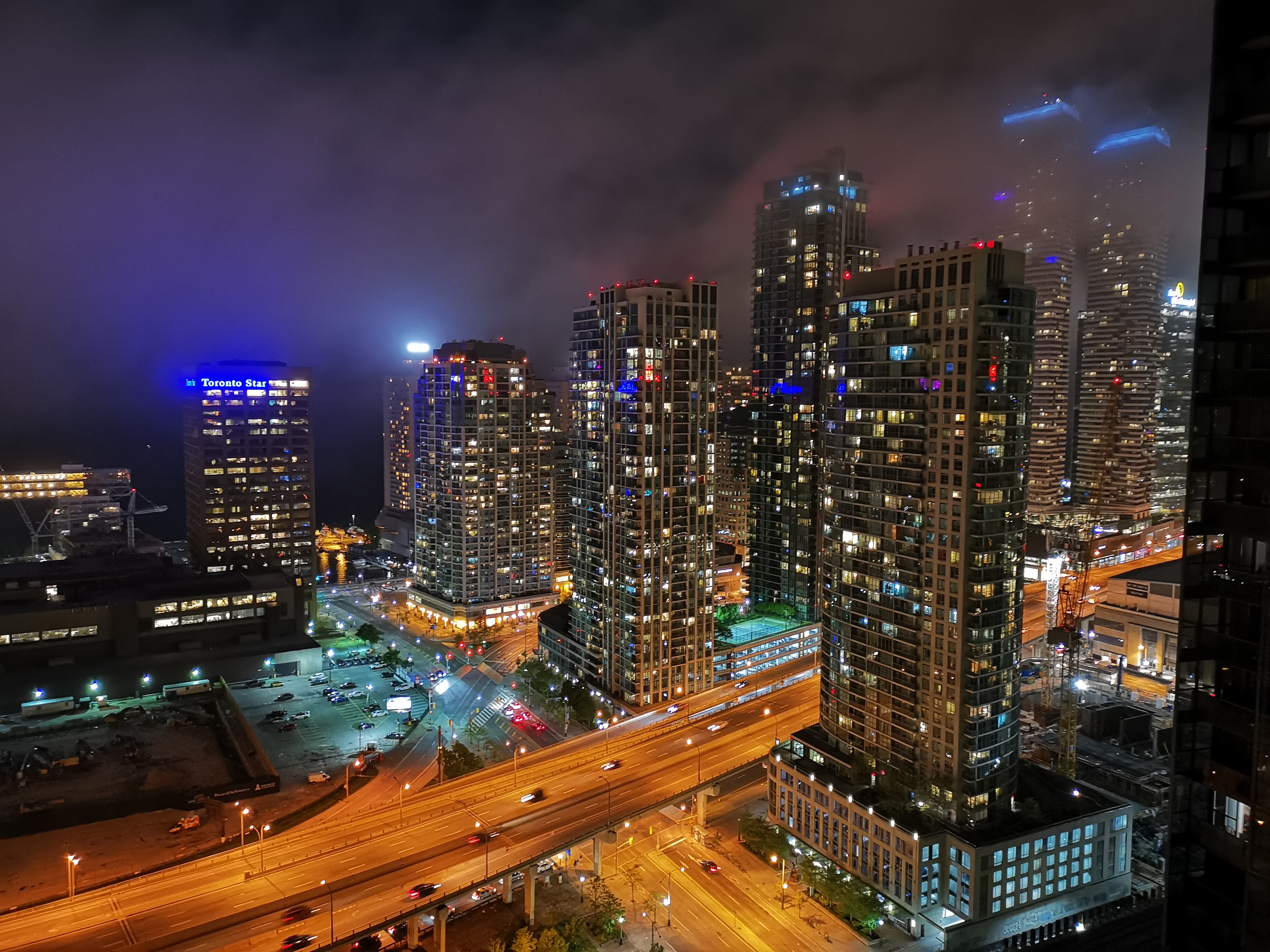 This is, by far, the best camera Huawei has produced on any of its devices, and a noticeable improvement from last year’s excellent effort. Building trust to help users take great shots is hard, but the company makes a strong case for that here. The Night mode is unmatched by any other handset I’ve used, trouncing anything the more expensive iPhone X could do in low-light, in my opinion.

I get the ‘AI this, and AI that’ is all about marketing the device’s photography potential, but it won’t do everything. You still need to know what to focus on, and there will be times where the AI gets in the way. The best part is that this is one of those cameras that rewards more experience with better results. Learn the ropes and it will not disappoint.