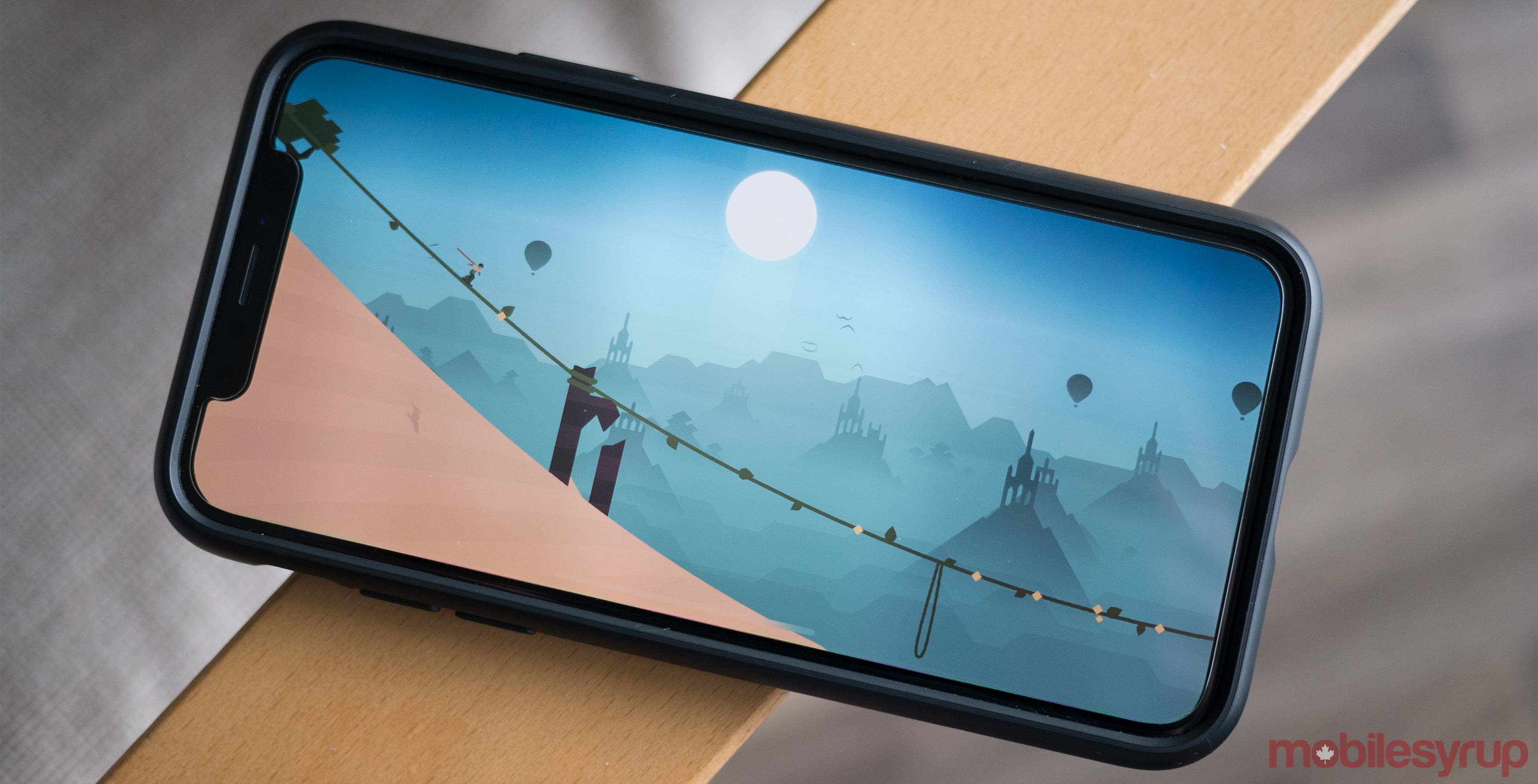 As I bounded over slightly different, but still familiar deserts, and backflipped off rolling mountains, I realized that Alto’s Odyssey is the type of video game sequel plays it safe in every way.

With that in mind, it won’t come as a surprise to learn that Alto’s Odyssey doesn’t feel decidedly different from Alto’s Adventure, the game’s smash hit predecessor. That said, the Canadian-U.K. co-production still manages to build on the first game in a few meaningful ways.

Sometimes video games, especially those in the mobile space, don’t need to reinvent themselves in order to to offer players an engaging experience — Alto’s Odyssey is an example of this.

For example, in Alto’s Odyssey players are able to board their way to new heights by bouncing off the top of floating hot air balloons. Verticality in Odyssey‘s environment is the most significant addition to the series’ simple formula with this sequel.

There are other, more subtle changes in Alto’s Odyssey, too. While Alto’s Adventure featured abundant rope strewn between objects, offering up players surfaces ripe for grinding, Odyssey adds a new variable that kicks the mechanic up a notch: vines.

Though vines work similar to other grindable surfaces at first, they actually detach if the player doesn’t carefully jump over sections where they join. This adds another layer of strategy to Odyssey’s fluid gameplay. It’s now possible to nail a backflip, chain the perfect wall-ride off a clip, all to land on a conveniently placed vine.

Combining mesmerizing movements like this is commonplace in Alto’s Odyssey. This may sound complicated, but it’s just building on the fluid gameplay foundation Alto’s Adventure established back in 2015.

There are other new elements as well, including a Lemur that chases the player across dunes and temple ruins (don’t worry, the furry creature won’t follow you across chasms), as well as more varied environments.

Without giving too much away, players also encounter exotic grass covered hills, deserts, water, and in some cases, even weather. For the most part, the game’s trademark minimalist art style also remains intact.

As a long-time player of Alto’s Adventure, it’s great to see Snowman, the game’s developer, add a greater variety of environments to Odyssey. Despite being an overall stellar game, the original Alto’s snow-covered environment can quickly feel repetitive.

That said, the added visual flare — most notably when it’s raining, or during a sand storm — also makes it more difficult to keep track of your character. Whether intentional or not, this leads to frustrating mistakes I was able to avoid more easily in the first game. In one moment for example, I crashed my character into a tiny rock after getting distracted by rain droplets falling in one of game’s lush forest levels.

Furthermore, while I’ve had an undeniably great time with Alto’s Adventure, I can’t help but wish Snowman did more to shake up the game’s formula. An additional game mode focused on challenging courses that extend a specific length or time, would have been a great addition to the series. It’s almost as if there’s greater ambition hidden in Odyssey, that was pulled back for fear of alienating fans of the first game.

Other features fans of the first Alto’s Odyssey will likely recognize also return, including the game’s coin system, which allows players to unlock both permanent and consumable power-ups. Tony Hawk’s Pro Skater-like challenges, such as the particularly difficult, ‘wallride to backflip across a chasm,’ or more simple tasks like ‘survive a sandstorm,’ are also back and just as compelling as ever.

Unlike similar endless runners, these goals, which also level up the player, give you something to always work towards.

Is it too early to call best mobile game of the year?

Mobile games have a sordid reputation amongst many gamers, especially those that consider themselves in the hardcore demographic, which is understandable to an extent; they often amount to little more than shallow, in-app purchase-powered gambling simulators.

Despite not being drastically different from its predecessor, Alto’s Odyssey is an exception to this rule in every way. The game doesn’t feature in-app purchases or micro-transactions and most importantly, it was developed from the ground for mobile devices.

I expected a lot from Alto’s Odyssey and in most respects the game delivered, while in others -- mainly related to its new environments being a little more distracting than I would have liked -- it doesn't quite hit the mark. Still, I’ve played the game for countless hours and would even go so far as to say that I've had more fun with Odyssey than Adventure. Those that enjoyed the first Alto game are going to find a lot to like about this sequel.

Alto's Odyssey is available for $6.99 in the iOS App Store for the iPhone, iPad and 4th Generation Apple TV.