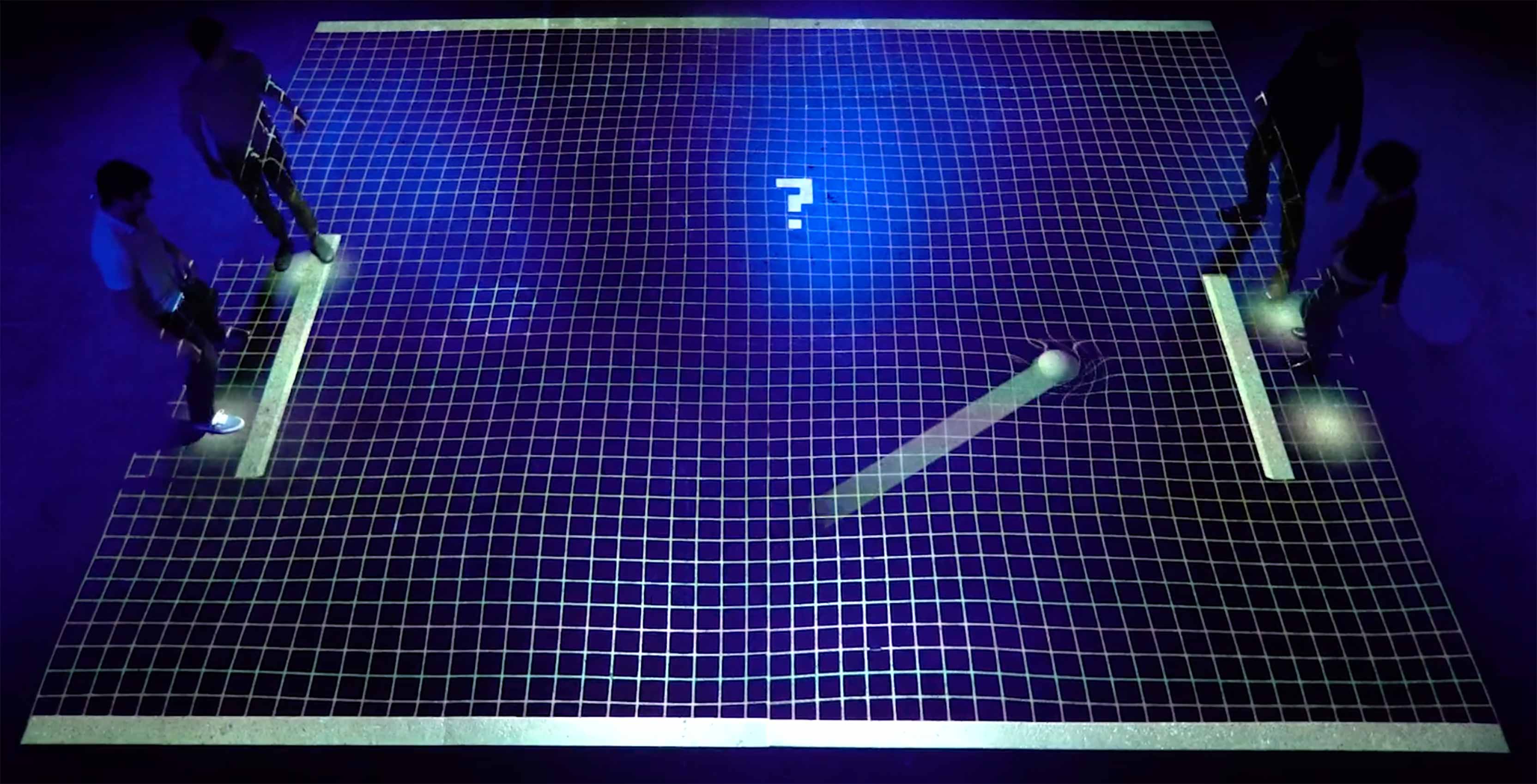 Many companies have been looking into self-driving technology as of late, including Apple, Alphabet’s Waymo and Uber.

However, few are using said technology to bring video game properties to real life — besides the Montreal-based Moment Factory, that is.

The multimedia studio has developed what it calls ‘GRiD,’ a variant of 1972 arcade classic Pong that implements a LiDAR sensor (commonly used in self-driving cars to measure distances with lasers) to create a massive, 40-by-60 foot playing field.

In this area, the paddle only moves when two partnered players move their feet together. There are also power-ups that appear on the stage in the form of Super Mario-esque question mark blocks, affecting gameplay in such ways as speeding up the trajectory of the ball.

According to Moment Factory, these design choices are intended to bring back the old-school social interaction of playing with someone in-person in an arcade, rather than experiencing online multiplayer behind a screen and username.

Because the technology is only a prototype, it’s currently unclear if it will ever be released for commercial purposes. However, Moment Factory says GRiD is only the “first instalment in a series of Arcade themed prototypes we’re building,” so there is certainly more to look forward to from the company.