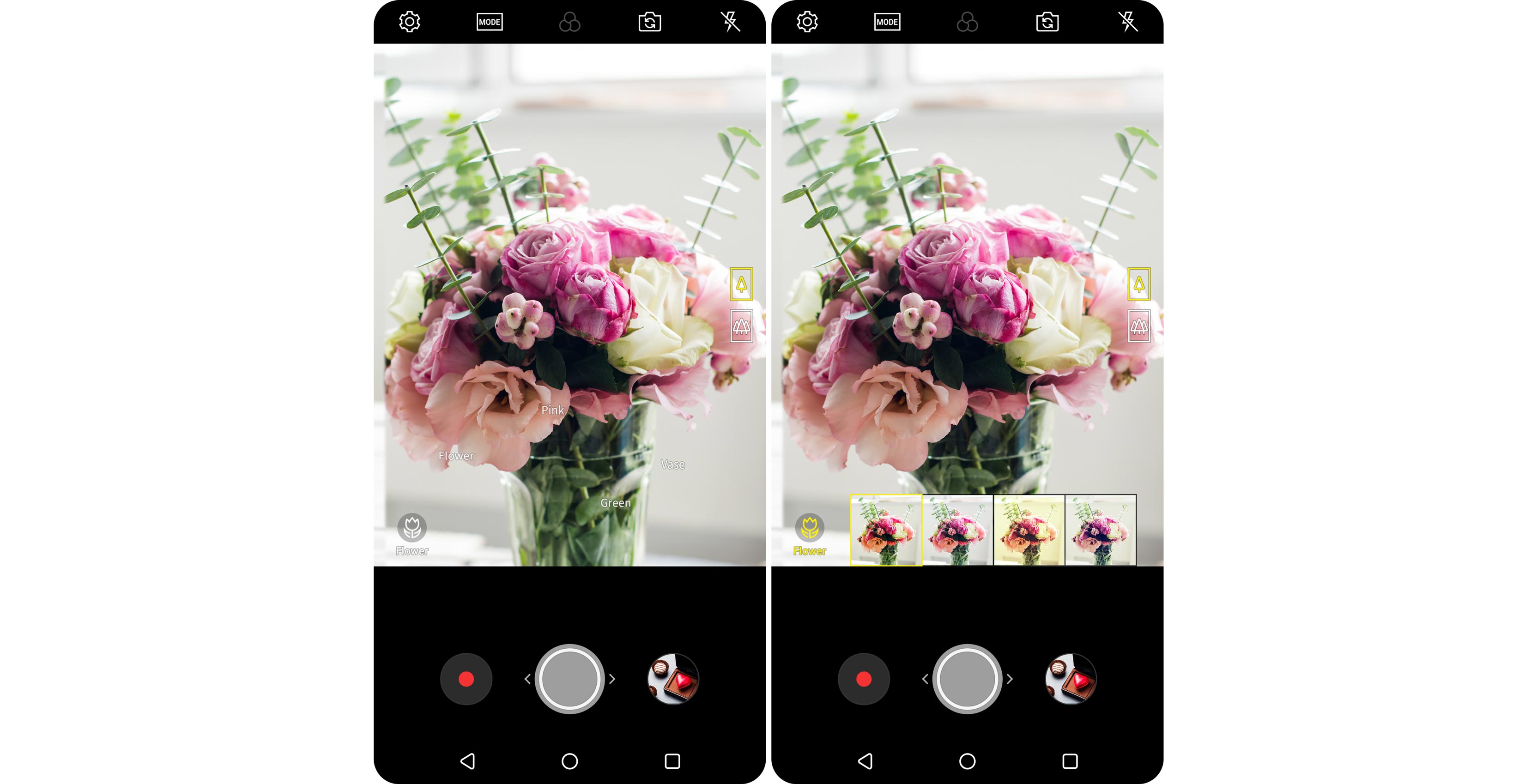 On Monday, LG announced that it will show off “the first of a suite of AI technologies” on a new version of its V30 smartphone.

The announcement seemingly confirms that the South Korean firm will, in fact, release a new AI-focused version of the V30 called the V30s. Rumours of the phone’s existence first started to circulate last week, courtesy of Korea’s ET News.

At the centre of the company’s new smartphone AI tech is a platform it calls ‘Vision AI’.’

According to a February 13th, 2018 LG media release, Vision AI will, with the help of a database comprised of millions of images, analyze scenes to provide shooting mode recommendations to users.

For example, pointing the camera on the company’s new phone at a plate of food will cause the device to switch to its ‘food’ shooting mode. Similarly, point the camera at a human face and it will switch to its portrait mode.

LG says Vision AI will take into consideration a variety of variables when deciding which shooting mode best fits a particular scene, including angle of view, colour, reflections, backlighting and saturation levels. Moreover, the company reports that it analyzed more than 100 million images before it developed over a thousand “unique” image categories to help guide AI Vision’s software.

Lastly, LG says its new AI technology can brighten images taken in less than ideal lighting conditions by a factor of two.

“LG spent more than a year researching how AI should be implemented in smartphones, long before LG announced LG ThinQ at CES 2018,” writes the company in its press release. “This research focused primarily on making AI-based solutions with the objective to deliver a unique and more intuitive user experience, focusing on the camera and voice recognition.”

According to LG, it will announce “the 2018 version of the LG V30” at Mobile World Congress later this month.

Update – February 24th: Evan Blass has revealed what the updated LG V30 device will look like and also its go-to-market name. While this smartphone will not be coming to Canada, LG will be unveiling the LG V30S ThinQ in Barcelona at Mobile World Congress. This will be a device that will feature its new AI technology.

"The S is for Surprise!" pic.twitter.com/E0KgcHUE8u